In congressional and legislative elections in particular, the number of people who vote in primaries is critical. Only a handful of those districts is competitive in November elections, thanks to the strength of political redistricting efforts designed to carve the state into distinctly Republican and Democratic territories. That takes most of those elections out of the hands of general election voters, who greatly outnumber their counterparts in the party primaries.

We’ve charted the 2012 turnout and population numbers — by district — in for the congressional and legislative elections to illustrate the vast difference between residing and voting in Texas.

The charts are built from numbers for population, voting age population and citizen voting age population, all of which come from U.S. census counts and estimates, broken down into political districts by the TLC. Numbers for election turnouts and voter registration are generated by the secretary of state, again broken down into district numbers by the TLC. The numbers reflect the districts drawn by federal judges and actually used in the 2012 elections. The chart above shows the statewide numbers; the charts below, the variation across political districts.

Senate districts are allowed to vary a small amount in overall size, which explains the jagged line for total population. 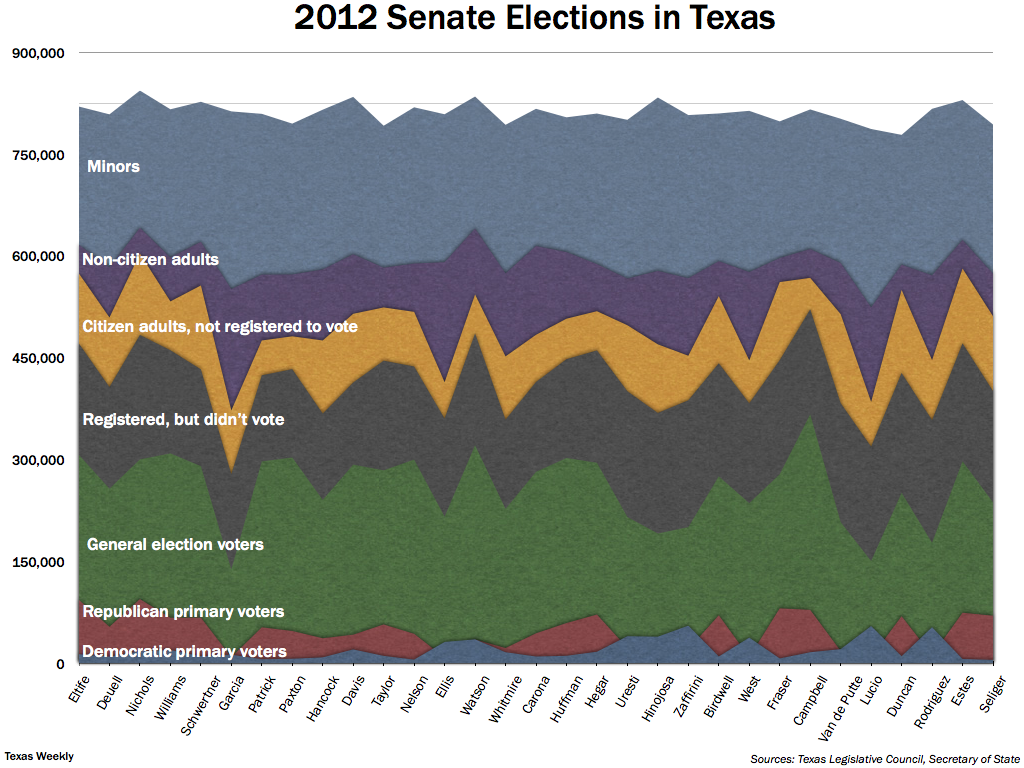 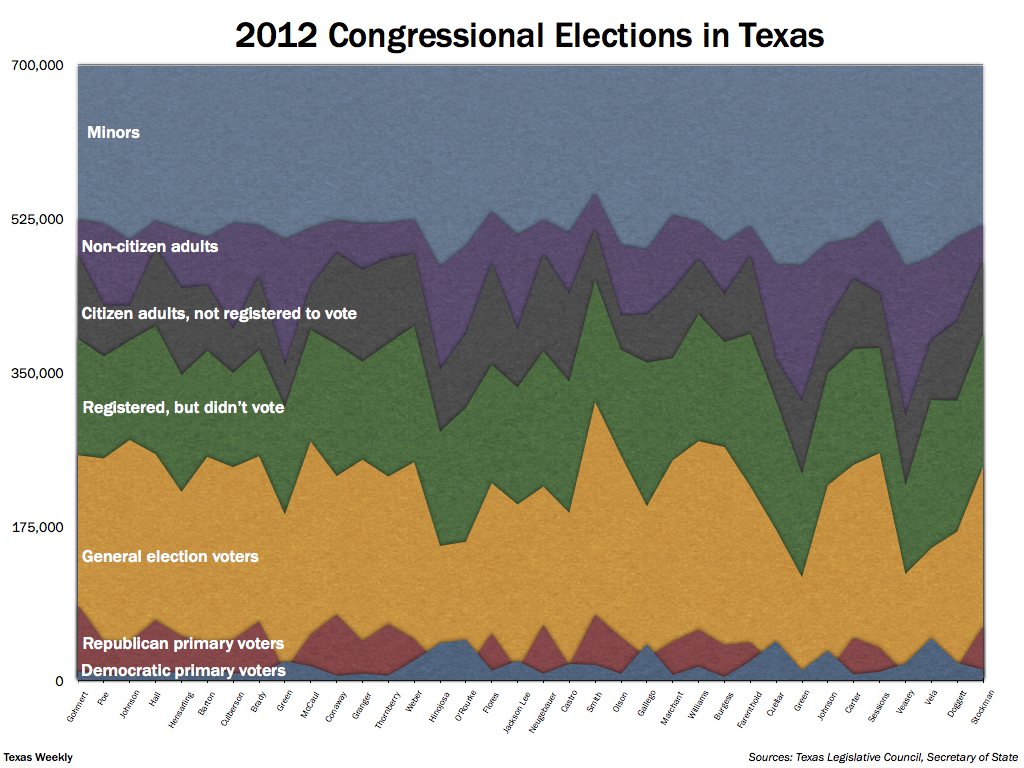 With 150 seats, there isn't room to label each House district. Instead, we bunched the districts around each set of numbers (population, VAP, CVAP, etc.) to illustrate the difference between the number of Texas, to the left, and the number of Texans who vote in primary elections, to the far right. In 2012, less than 12 percent of the voting age population turned out for the Republican and Democratic primary elections. 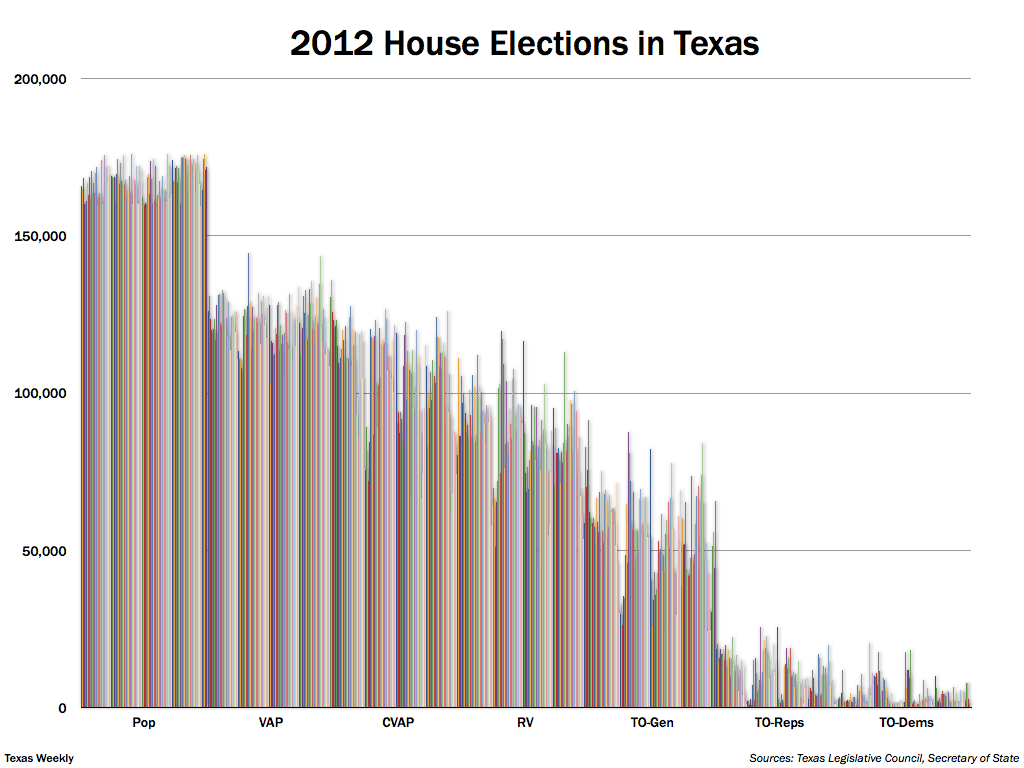