If it spends money on roads, the insiders are for it. We asked about transportation in this week’s survey — and about how to find the money to pay for it.

Nearly three quarters of the insiders like the idea of using sales taxes on vehicles for transportation instead of the general budget. Two thirds would support using money from the Rainy Day Fund. Another 59 percent would support the idea of using all gasoline tax revenue for transportation and finding another source for the 25 percent of those funds that now goes to public education. Should the state raise fees for roads? That’s acceptable to 65 percent of the insiders. About that same number said the state should increase spending for transportation even if it means busting the constitutional cap on growth in state spending.

We collected verbatim comments along the way and those are attached. Here’s a sampling: 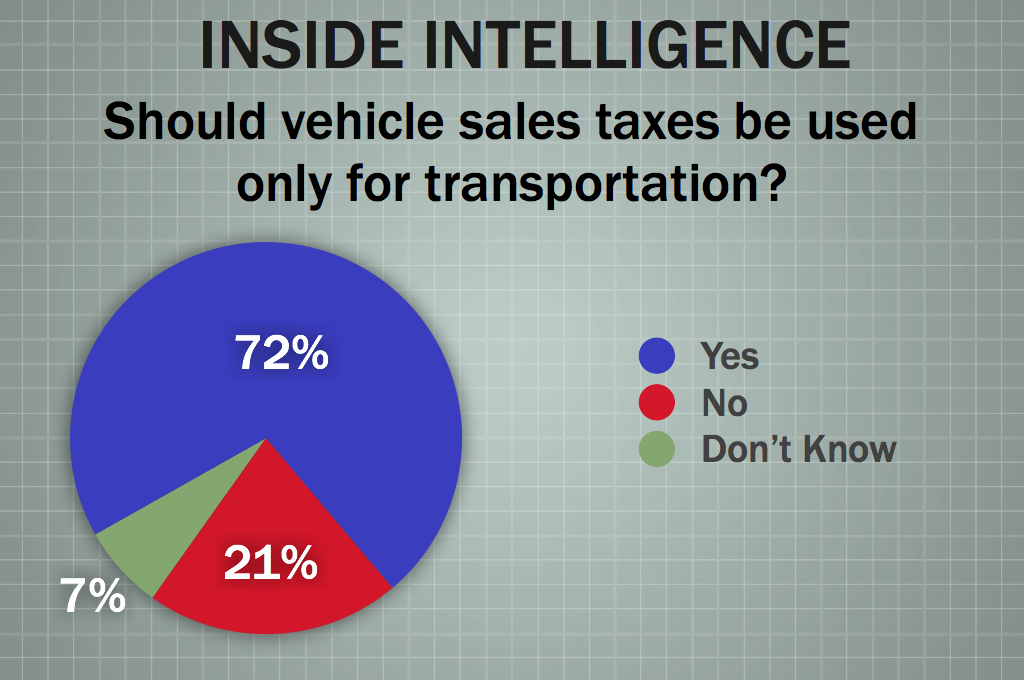 Should Texas dedicate taxes on vehicle sales to transportation?

• "I don't know what the best way is to dedicate new revenue to transportation but vehicle sales seems to be as good/bad as anything else. With fuel efficiency standards constantly increasing, it makes sense for the state to find a new and stable source of revenue."

• "A fine idea, if there is some other way to raise the $8 billion that the MV sales tax supplies to GR every budget. Not that easy."

• "Add a car to the road, provide a portion of the money for roads!"

• "We need to build roads or we are in trouble, period." 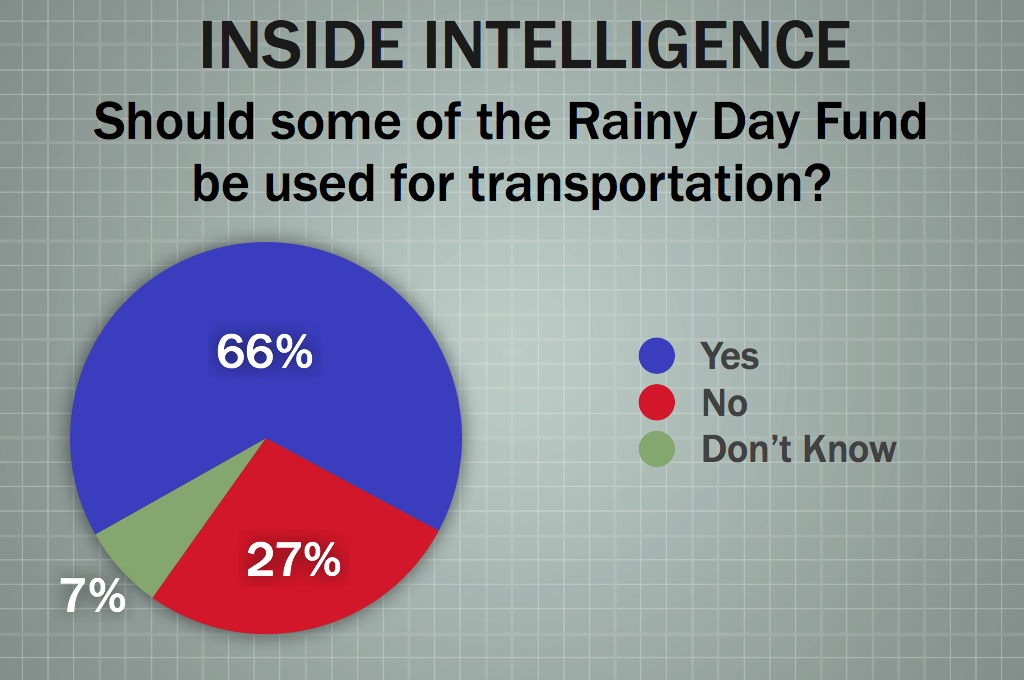 Should the state use money in the Rainy Day Fund for transportation?

• "We can use the Fund now to fix our aging infrastructure or increase taxes in the future."

• "It would be irresponsible not to use a portion of what's in our savings to fix the problem we have today, then create a reliable revenue stream for the future that does not include the Rainy Day Fund"

• "Of course; it's there to be used. Also for public education, which should have been funded from the RDF two years ago. Never too late."

• "If there are one-time expenditures that will improve our infrastructure in a way to help create more Texas jobs, then let's do it."

• "I'm really conflicted on this. Typically, I'm in the crowd that says no rainy day money for recurring expenses, but we are so far behind the eight-ball in the shale-play areas that I'm leaning toward cracking the piggy bank--provided we come up with some regular income streams devoted to roads."

• "They hardly used any for public education so why in the hell would I support it for roads. Get some asphalt and patch them up."

• "Here's a novel idea: equal shares for the Big 3. Whatever transportation gets out of the RDF, so doth Education and Water." 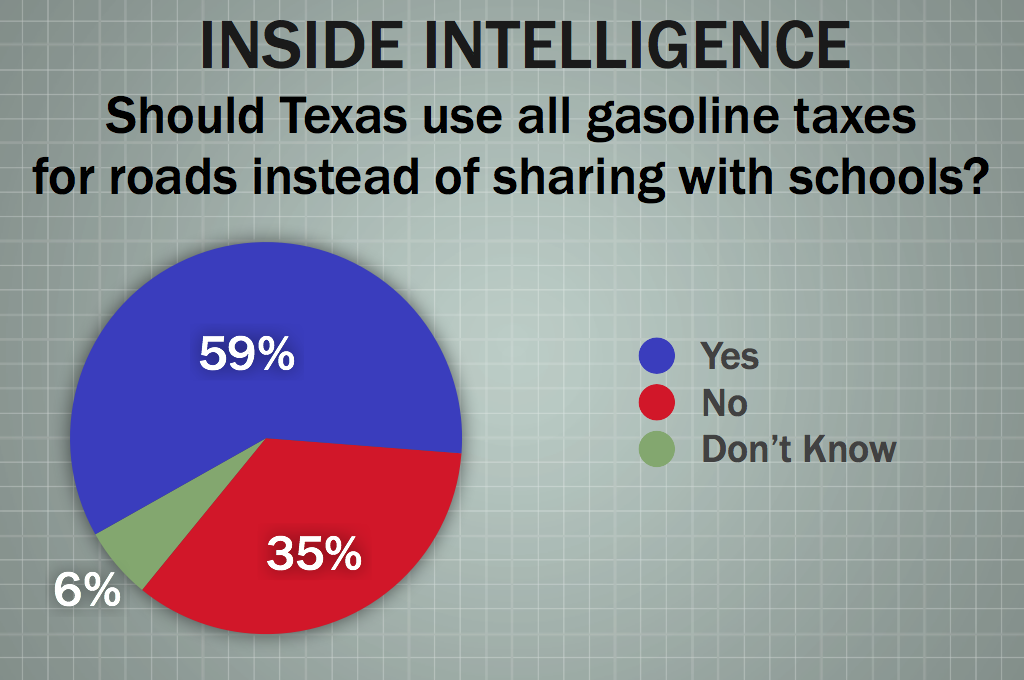 Should the state use all of the gasoline tax for transportation and find a substitute for the 25 percent that now goes to education?

• "I am torn here - transportation infrastructure needs funding, but unless we find a way to replace that 25% in the education budget it should remain there!"

• "The best outcome of the session for transportation would be to end all diversions...."

• "Removing money from education would have to replaced from somewhere. If we need to raise the gasoline tax by a dime, so be it. I don't see the Lege cutting education again."

• "Hell NO! You actually think those clowns would find a substitute for the quarter that goes to pub ed? Come on, now." 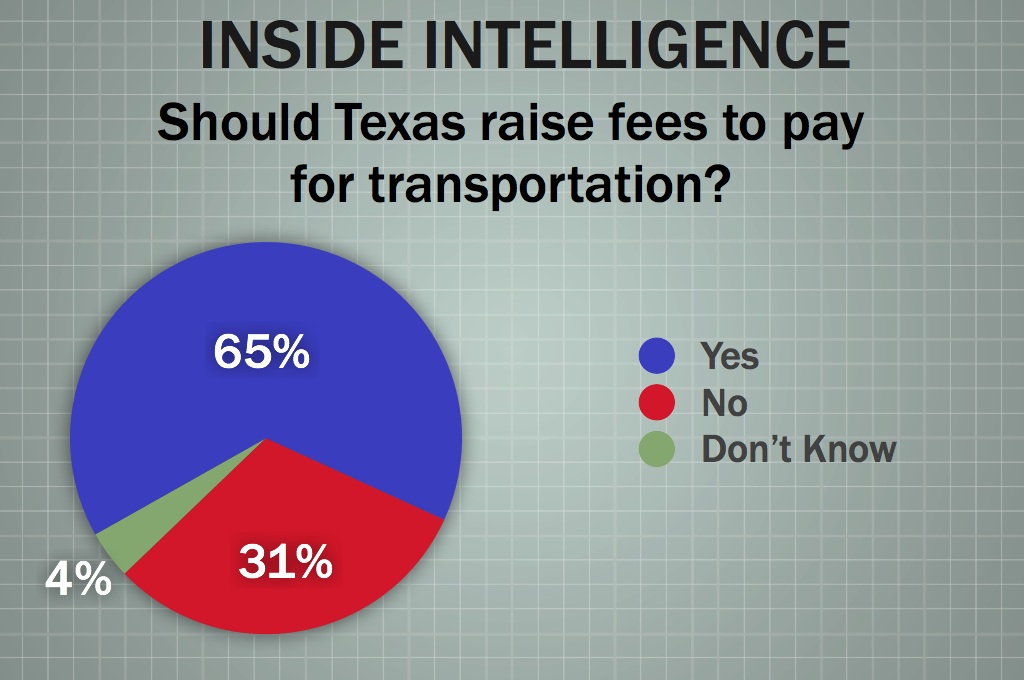 Should the state find the money for transportation by raising fees?

• "We're carving out all of these lanes to make it easier for bicyclists to run stop signs and red lights, why don't we make them pay registration fees?"

• "If by 'fees' you mean tolls that would allow roads to be built sooner than they otherwise would be, then, 'yes.' Otherwise, 'no.'"

• "We are 'feeing' people to death already."

• "The gas tax has not been raised in two decades and should be to help fill the transportation funding gap."

• "Registration for all vehicles should be raised. With 26 million residents, $10 would get you more than a 1/4 billion dollars."

• "That's the only real answer. We can't keep trying bond ourselves into transportation paradise." 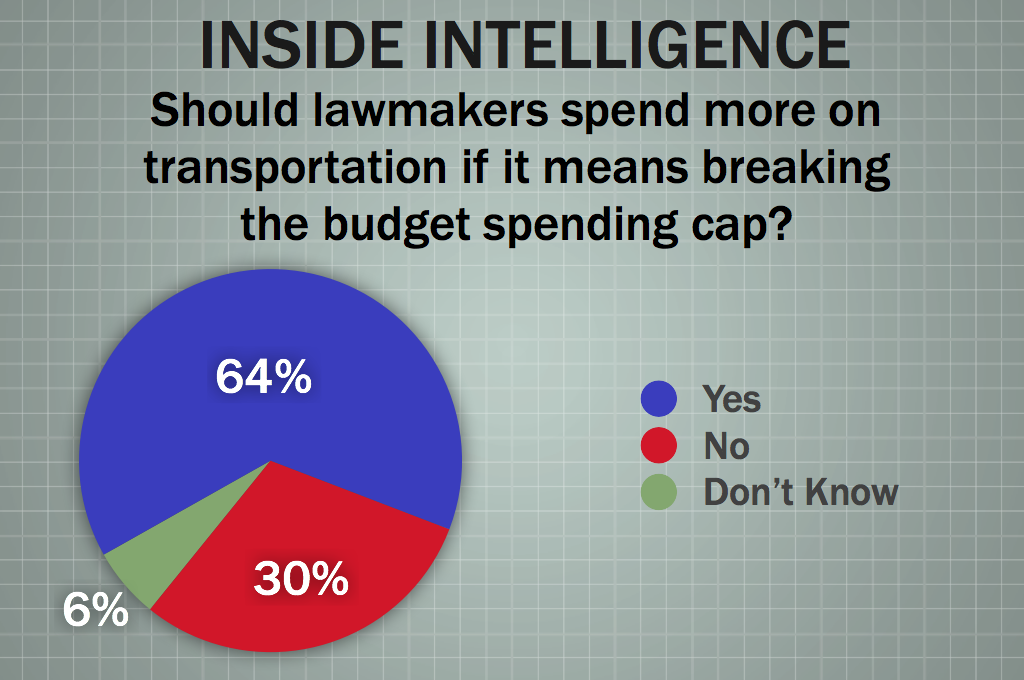 Should Texas increase spending for transportation if it means busting the constitutional cap on budget increases?

• "Unfortunately yes. We are not recognizing that there is a problem if we continue to point to the cap and say, 'well, sorry we can't.' If we had been more responsible the last decade the cap wouldn't be a problem. But we were not, and now is not the time to hide behind it. Fix the whole problem; don't invest in putting up the walls and hope that you can afford a roof later. You'll look like an idiot when it rains."

• "While there may be legitimate reasons for busting the cap, roads ain't one of them."

• "Oh please -- it's not that hard. The constitutional cap can be broken by a simple majority vote. In fact, it was broken as recently as 2007. But the real problem is that there isn't usually enough revenue to even get to the cap. There isn't this time either, unless you get into the Rainy Day Fund."

• "If cap-busting is required to make one-time expenditures out of the Rainy Day fund, we should put that vote to the people."