Attorney General Greg Abbott is advising state leaders to adopt court-drawn political maps in place of those drawn by the Legislature, which would get rid of legal problems with the state maps and perhaps save the state some long days in the federal courts. That’s meeting with some legislative resistance, but it prompted us to ask the insiders some redistricting questions this week.

Most — 57 percent — said the court-drawn maps should be made permanent. If they’re not, however, about as many of the insiders said the federal courts will ultimately uphold the maps that were drawn by the Legislature.

Democrats would be the biggest beneficiaries of continued court action, according to 64 percent of the insiders. Finally, we asked what maps will be used in the 2014 elections: 63 percent said it would be the court-drawn maps used in 2012.

We collected comments along the way and have attached a full set. A sampling follows: 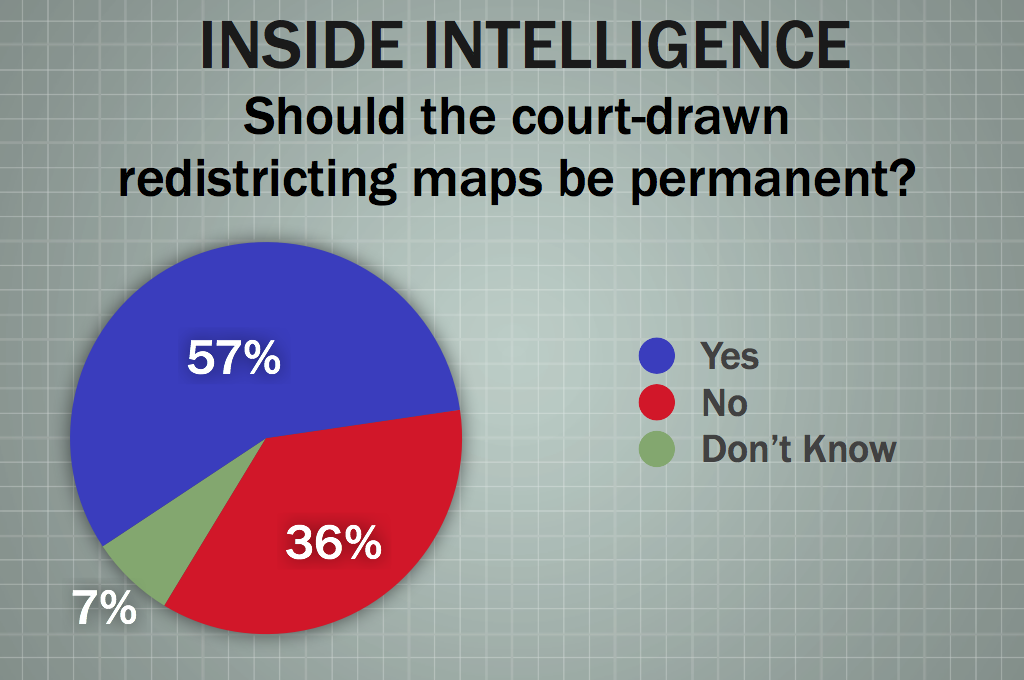 Should the Legislature make permanent the temporary redistricting maps drawn by the courts for the 2012 elections?

• "We need stability in our districts (area, not necessarily people). Now is the time to promote the use of less partisan commissions for redistricting."

• "If legislators insist on waiting on the outcome of appeals before fixing school finance, I suppose they should wait for the conclusion of redistricting challenges as well."

• "The legislature is running on all cylinders for the first time in a long time. Big-ticket items are getting accomplished and there is cordial debate amongst its members. Redistricting is the type of issue that will end the peace treaty."

• "The temporary maps still contain too much of the retrogression that was in the original legislative maps."

• "It now seems apparent that the long term impact of the various 'voter's rights' laws and redistricting efforts by both Ds and Rs have resulted in material erosion of the relevance of the general elections. This reality, particularly for Texas state legislators and congressman, has materially eroded their flexibility in the compromise process so important to good democratic government. My hope--albeit a faint one--would be that the maps would be withdrawn to eliminate, as much as reasonably possible, 'slam dunk' districts, both 'republican' and 'democratic'." 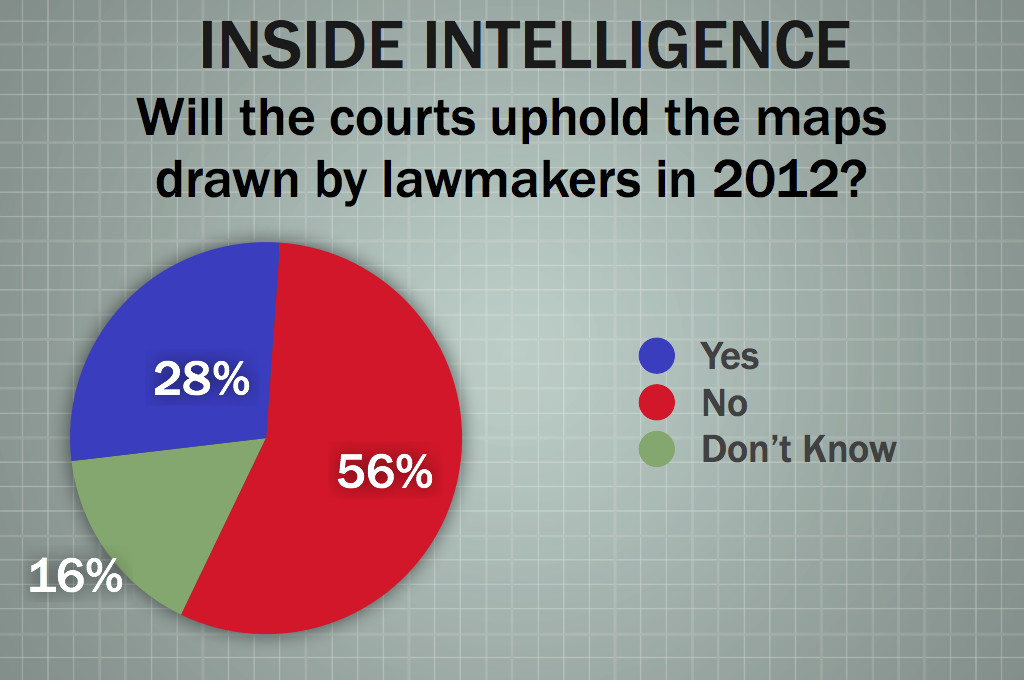 Will the courts ultimately uphold the maps drawn by the Legislature last session?

• "Everything involving redistricting is left up to interpretation."

• "The Supreme Court's decision on Section 5 of the Voting Rights Act will have some bearing on the final outcome, but the courts have already ruled that intentional discrimination occurred in the Legislature's plan, which suggests that at least some changes will have to be made."

• "Probably not, but it all depends on the SCOTUS ruling on Section 5 this summer."

• "You want me to predict the mind of John 'Obamacare' Roberts?" 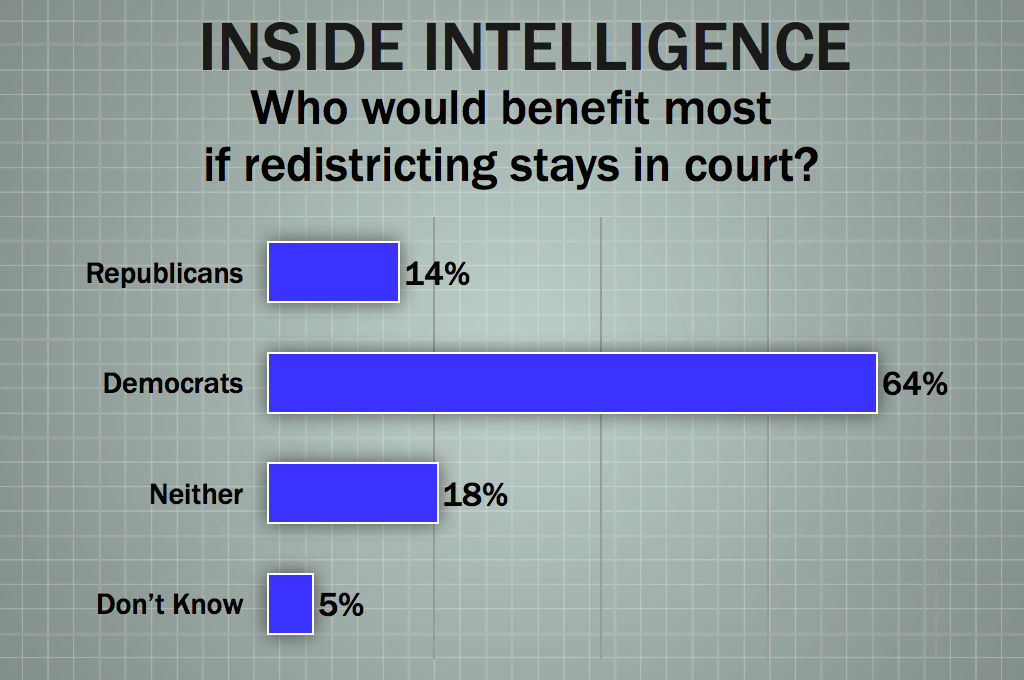 Which party would benefit most by keeping the redistricting cases in court?

• "The country is losing in the redistricting battles. It is beneficial to the Republican Party right now because they have the heavier hand, but the division which has been fostered by the packing of districts is preventing civility and search for common ground and preventing progress. That is bad for everyone."

• "If for no other reason than a delayed primary most hurts Republicans by dragging out intra party fights."

• "These maps were pencil-whipped to dilute minority voting strength and create safe R districts despite the growth of populations that are stereotypically Democratic."

• "Court-ordered maps and rules are seldom as good for political majority as the majority could do for itself." 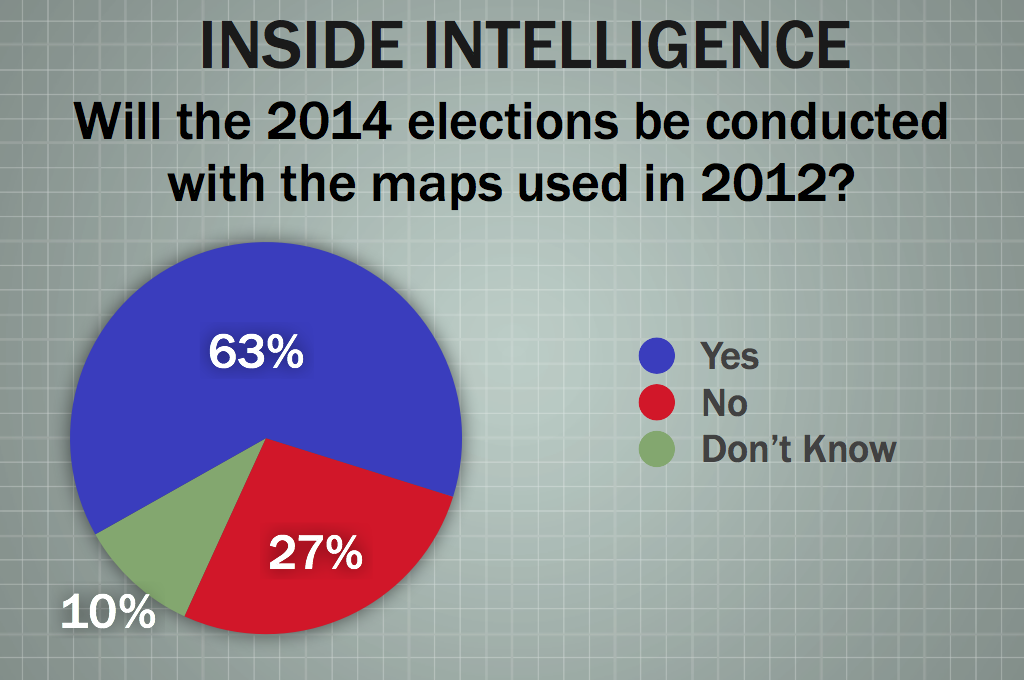 Do you think the 2014 elections will be conducted with the same maps used in 2012?

• "We may have a few tweaks here and there, but ultimately, every incumbent, including Democrats, loves the new maps."

• "Judges do not want to deal with this issue because they view it as political and judges believe themselves to be non-political. And the rest of us laugh at them."

• "We'll likely see a 'grand bargain' similar to what we saw in 2006 where an agreement is made among the affected parties."