Economic issues continue to head the list of most important problems facing the country, according to our insiders in government and politics. They put federal spending/national debt in front with 29 percent, and the economy right behind that, at 16 percent. Immigration, which was a big issue just a few years ago, now is ranked at the top by only 2 percent of the insiders.

The state economy, on the other hand, is way down the list of most important problems facing Texas. Education is at the top of that list, with 29 percent saying it’s the biggest issue, followed by water supply, with 26 percent. Political corruption was third (it was seventh on the national list), with 11 percent.

The insiders think the country is on the wrong track, but nearly half said the state is going in the right direction.

We also asked some questions about politics, finding that 59 percent of the insiders don’t want to vote for Rick Perry for governor again in 2014. And the Tea Party is less popular with the Austin crowd — Republicans and not — than it has been with Texans in general. In a congressional race with three parties — Republican, Democrat and Tea — only 4 percent said they would vote for the Tea Party candidate. Two in five — 42 percent — chose the Republicans, and 33 percent chose the Democrats while 20 percent opted for Don’t Know. Does the Tea Party have too much, too little, or just the right amount of influence within the GOP? Too much, according to 70 percent of the insiders, while 17 percent said it was about right.

As always, we have attached the full collection of verbatim comments to this week’s question, and a sampling follows below. 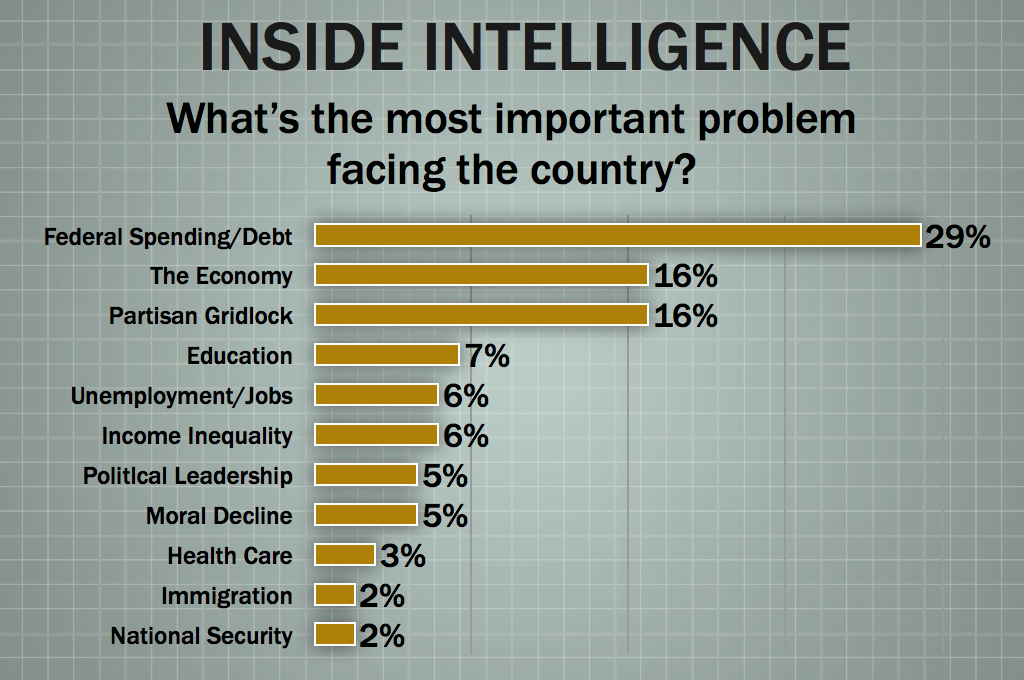 • "These are all important but there seems to be a failure of both parties to want to tackle problems in other than a partisan manner. This seems especially true at the national level."

• "How about a confluence of taxes, social welfare programs, moral decline, and partisan gridlock? Too many taxes to pay for too much social welfare due to moral decline because too many people are immoral and not self-responsible, and our leaders lack the moral backbone to overcome their silly partisan differences to be responsible for the problem."

• "There will be a tipping point when it comes to spending. As a country, we can no longer be complacent of the status quo, however, this doesn't mean all the blame goes to the politicians. We as a society will have to decide what is important and how do we fund what is important."

• "I really mean cultural decline in that we don't broadly have the discipline, high standards, work ethic, hunger to excel we need to grow opportunity for future generations. Bad leadership and bad citizenship compound the problem."

• "The real answer is a combination of economic growth, education, and income inequality."

• "Dependency. We'll just vote for free stuff and dance away our days on sun-dappled hillsides. That 1971 Coca-Cola ad was a documentary, right?" 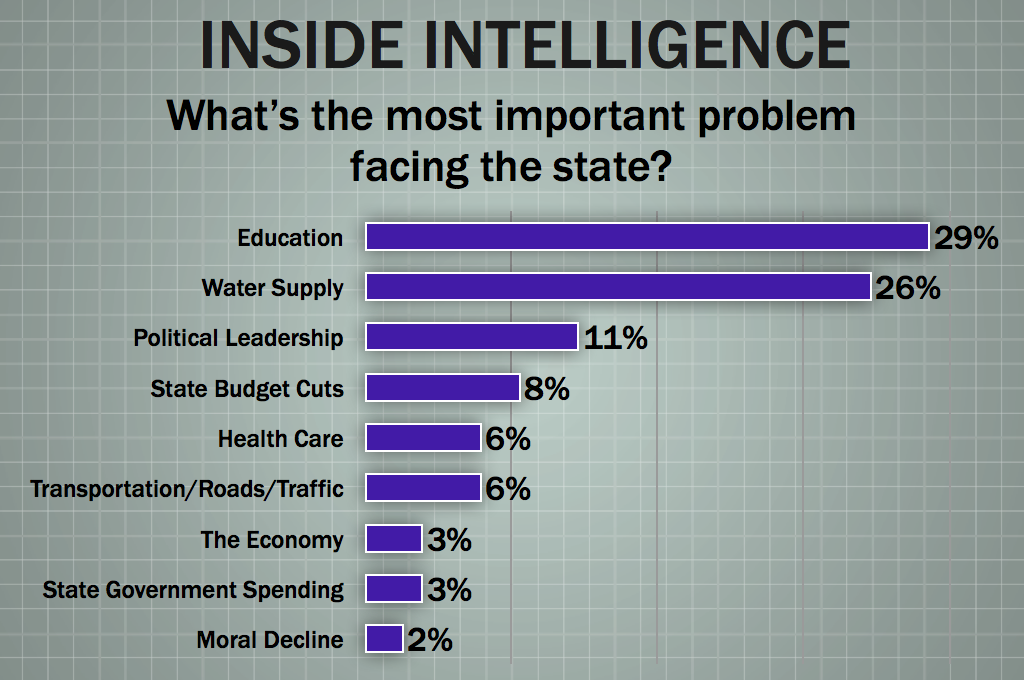 • "Infrastructure to support a growing state must have transportation systems as well as water and education."

• "There really is NOT an adequate water supply system in Texas for our continued rate of growth. Next to air, running low on water is serious."

• "Businesses, communities, and people need water to thrive. If we don't get a handle on it, the Texas landscape will be dotted with ghost towns."

• "Our education system is broken and there will come a time when companies will leave Texas because they cannot find an educated workforce."

• "Water is a necessity. Increasing population is creating visible strains on our water supply. If the water issue is not addressed, everything else will become unimportant very quickly."

• "Poor education, or better the waste of young minds, is the rot of al the other issues."

• "The focus on 'right or left' instead of 'right or wrong' in all of the areas listed above."

• "It's so cute that we regard Texas as significantly different from the rest of the United States but it ain't. Here too, first place is growing income inequality, which is strangling our economy. Second place goes to uncompetitive electoral districts, which are strangling our polity."

• "It is a hard choice between education and water. The current legislative mindset, however, is to let public education go the way of the dinosaurs and let charter schools (read culturally correct) take its place." 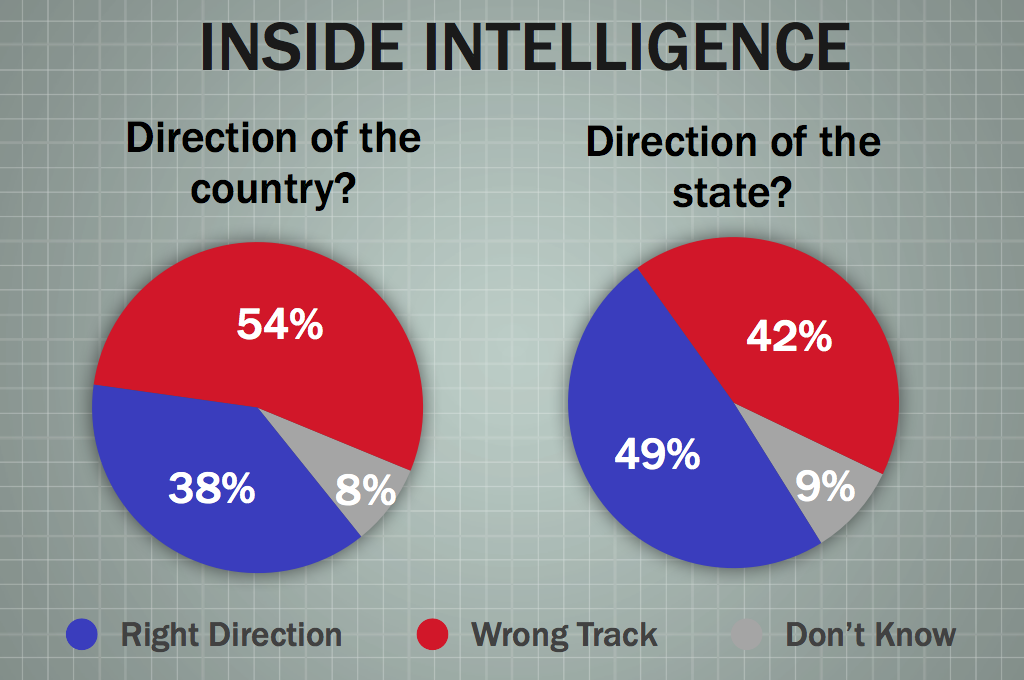 • "Too much spending and debt."

• "If Republicans don't gain control of the conversation, 'American Exceptionalism' will become a quaint, historical notion."

• "Hard to say wrong track with the stock markets at all-time highs, but can't shake that nagging little 16 trillion debt."

• "Sort of, gently, kind of in the right direction."

• "Inflated prices. Closed business. The economy is on the WRONG track."

• "We literally can't spend ourselves into prosperity, despite what the President thinks."

• "Wrong, wrong, wrong track. 'Sixteen tons, and what do you get? Another day older and deeper in debt...' Yes, we're all singing the same tune as Congress digs our way to eventual collapse."

• "Texas is much better than the feds, but an overwhelming part of our state budget and programs are dictated by the feds."

• "We are at the fork in the road where legislators and the citizens of Texas need to support the right policies. It's not too late, but we are quickly running out of time."

• "Will be interesting to see our job situation in 12 years after 12 years of failing to courageously and honestly invest in the health and education of Texas children."

• "Almost a polar opposite of the wrong track at the federal level."

• "If we can pay for education we will thrive as a state. People don't want to waste tax dollars, but most want a first class education system." 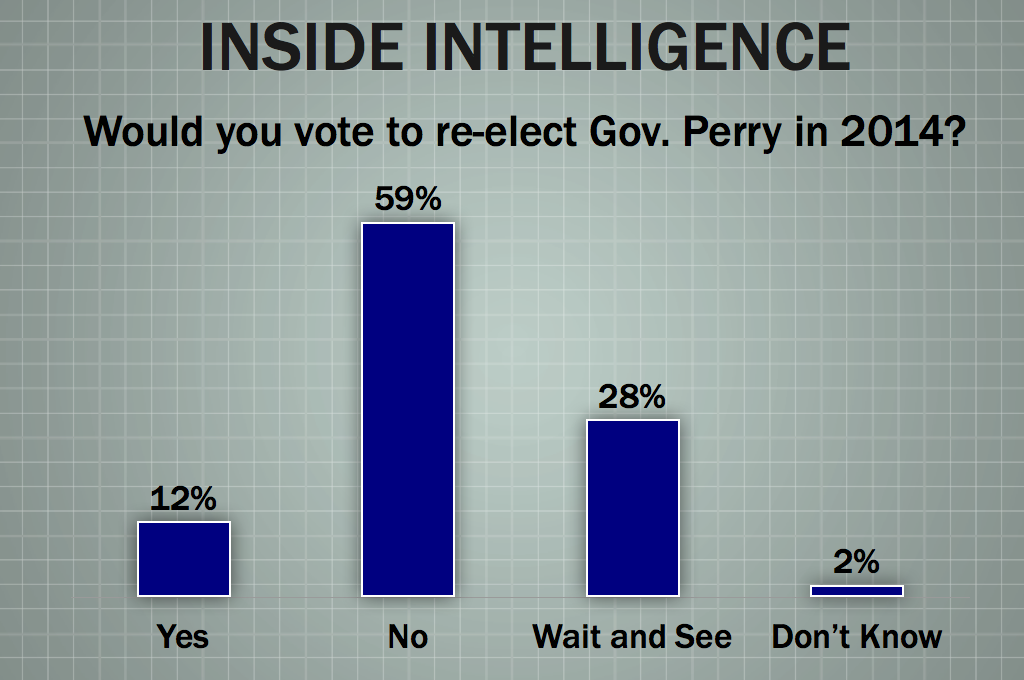 • "Yes, he's been there a long time (and the media is fatigued) but hasn't the State been better for it?"

• "Give him credit-great politician. Does not translate into leadership for our state."

• "He's made the history books so let someone else come in and lead our great state."

• "I'd prefer fresh leadership, but I don't anyone who'd be better."

• "Never been a huge fan but it's difficult to fire someone whose state is outperforming the rest of the nation in job creation, property values and affordable living."

• "The only relevant question in politics is 'compared to what.'" 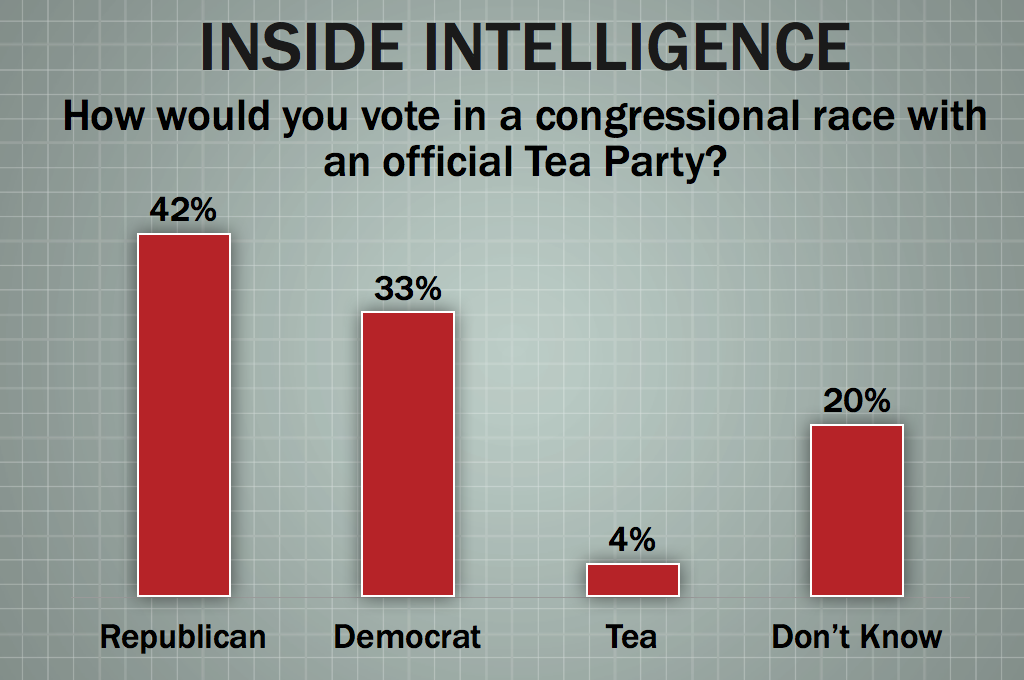 • "An organized, standalone Tea Party would be a disaster for conservatives and must be stopped at all costs."

• "Honestly, as an independent voter I really would have to see what these individuals stand for, what they bring to the table and how they could help out our community.  I'm not voting for someone just because they have an 'R' or a 'D' after their name."

• "I vote for the best candidate regardless of party!"

• "Depends on the candidates"

• "Republicans must recruit and elect more like Senator Cruz." 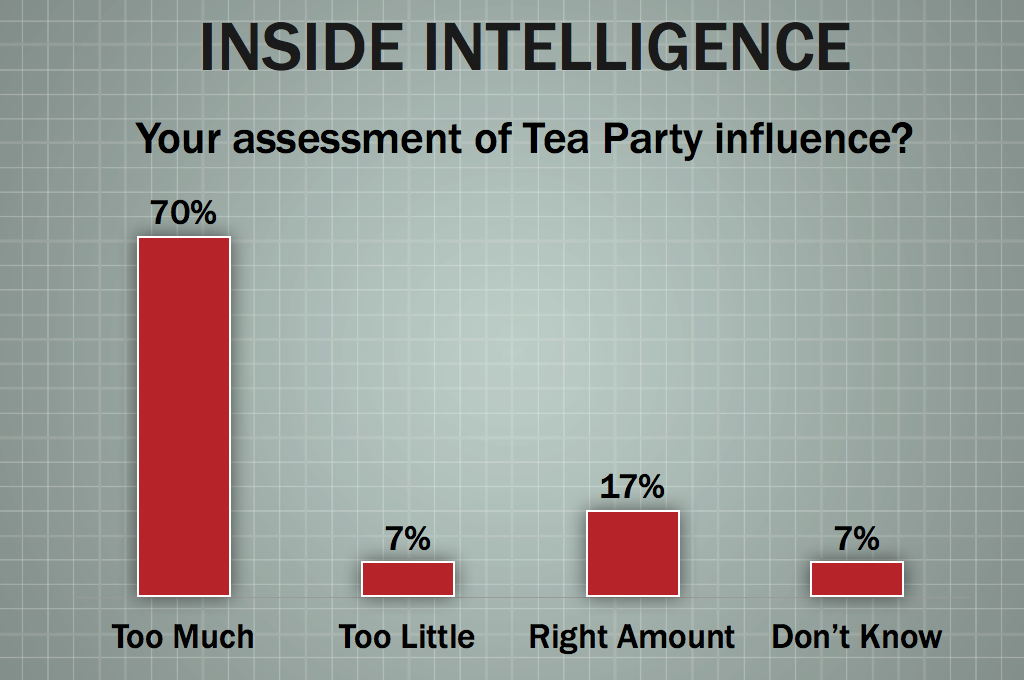 • "Their litmus tests tend to drag candidates too far away from right-center voters. Dangerous when running statewide or nationally."

• "It's a small part of a small part of the overall population that determines who represents us in office.  Until the Ds reorganize as a viable electoral force, it's going to be tough to dislodge the Tea Partiers as a force."

• "Like all other 'movements' whether it be the Prohibitionists, the Suffragists, the Anti-Masonic or the Bull Moose, once their issue is spent or fails, they'll fizzle out. For a new party to make it, you've got to be for some things, it so hard to keep up the pace, being against everything."

• "Being conservative and obstinate don't have to go together"

• "They make their voices heard -- that is the goal of every organized group that descends on the Capitol every day.  The Tea Party's only crime is that they are effective.  Do you think teachers or trial lawyers have too much influence on the Democratic Party?"

• "Too much.  Not in regard to fiscal conservatism, which is needed, but because of all the other crackpot baggage they seem to carry--nullification, birther-ism, xenophobia, etc."