Heading into President Obama’s fifth State of the Union Address on Tuesday evening, we thought it would be worth rehashing his approval numbers here in Texas.

Since he took office, we’ve asked respondents 14 times, “Overall, how strongly do you approve or disapprove of the way Barack Obama has been handling his job as president?” What’s been remarkable about the time series is the stability of the results, whether looking at the entire sample (see below) or by partisanship. 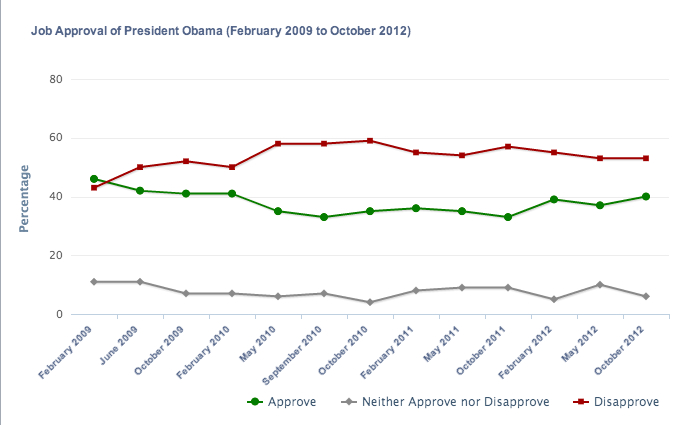 If we remove the first data point (because it was right after his initial election and therefore subject to a honeymoon period), his approval has remained between 33 percent and 42 percent, while disapproval has been equally consistent, between 50 percent and 59 percent.  The takeaway: Don’t expect either of these to change much after Tuesday evening.

Joshua Blank is the manager of polling and research at the Texas Politics Project.