On the 40th anniversary of the Roe v. Wade decision, we asked the insiders about women’s health issues and federal health care and found them in near unison on the will of the Texas Legislature on a couple of questions, split on a couple of others.

More than three fourths of the insiders think the feds would not grant the state a waiver to run its own Medicaid program. On the flip side, a majority said the state will opt to grab federal matching funds by expanding Medicaid under the federal health care law.

It was hard to find an insider who thinks the Legislature will restore any funding to Planned Parenthood this session — 91 percent find that unlikely. And a slim majority — 51 percent — thinks lawmakers will approve the fetal pain bill that would ban abortions after the 20th week of a pregnancy.

We have attached a full set of verbatim comments to the questions; a sampling follows. 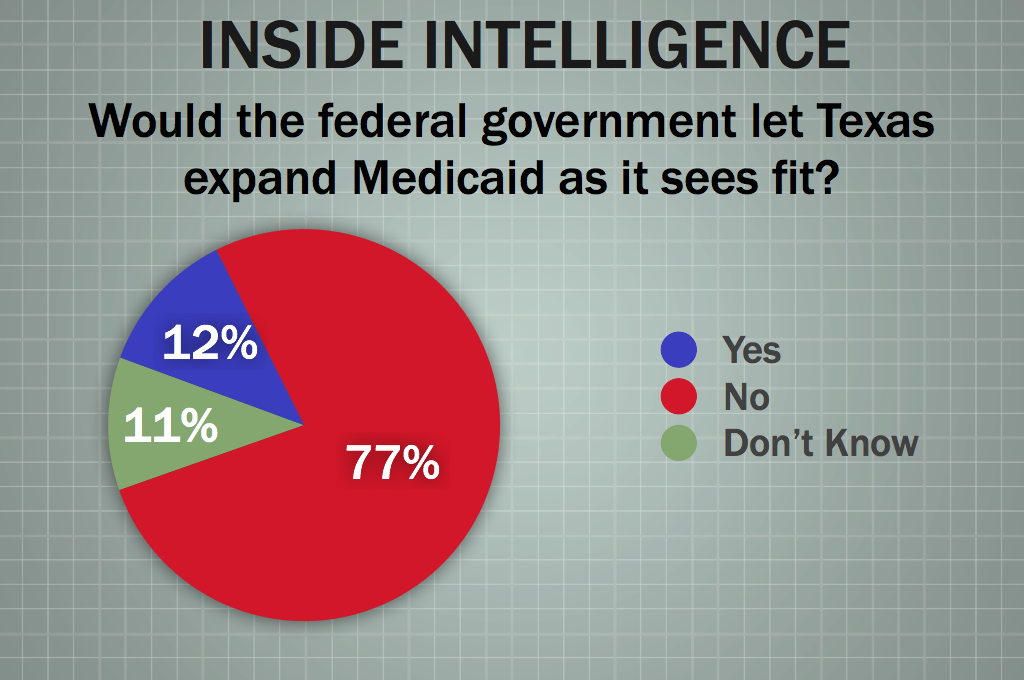 If Texas were to ask, would the federal government grant the state a waiver to expand Medicaid as the state sees fit?

• "The Texas Republicans have been very vocal about cutting the program to the bone.  Based on that and the fact that we are one of the last states to even think about organizing to meet the demands of the Affordable Care Act, I would say the likelihood is less than 10%.  Maybe in 4 years we can try again."

• "We are being penalized by the federal government, which actually plays in Governor Perry's political favor."

• "Sure.... the Feds will do that right after they give Texas back our ability to set our own environmental policies."

• "On one hand, no--it's like the feds and Texas are BFFs; look at the EPA fights.  On the other hand, Texas is not alone; other states are on the same side as Texas and the feds cannot single Texas for special (mis)treatment."

• "Totally out of the question.  The federal government can just wait the state out."

• "Seriously?  As though the feds will do anything Texas asks."

• "Have granted one 1115; Feds have some flexibility, but giving Texas, w/the poorest quality ratings and highest number of working uninsured, a blank check would be like giving a teenager the keys to a Maserati and a fifth of Jack Daniels. Georgia has over 30 waiver applications in play; the only politically feasible end game is some kind of uberwaiver that the executive suite will sell as a 'block grant'"

• "Maybe there is some federal HHS wrinkle I'm not seeing which makes a waiver possible, but in general the Obama administration has put ego ahead of results time and again.  It's amazing what can NOT be accomplished when 'who gets the credit' is the most important question in Washington DC."

• "Maybe not 'as the state sees fit,' but I bet the Obama Administration would be willing to give a little to get health care for the huge number of uninsured Texans."

• "Yes, but with some conditions attached, not a complete carte blanche."

• "Why should the federal government trust Texas at this point?"

• "Since when did the federal government ever cede power to the states?" 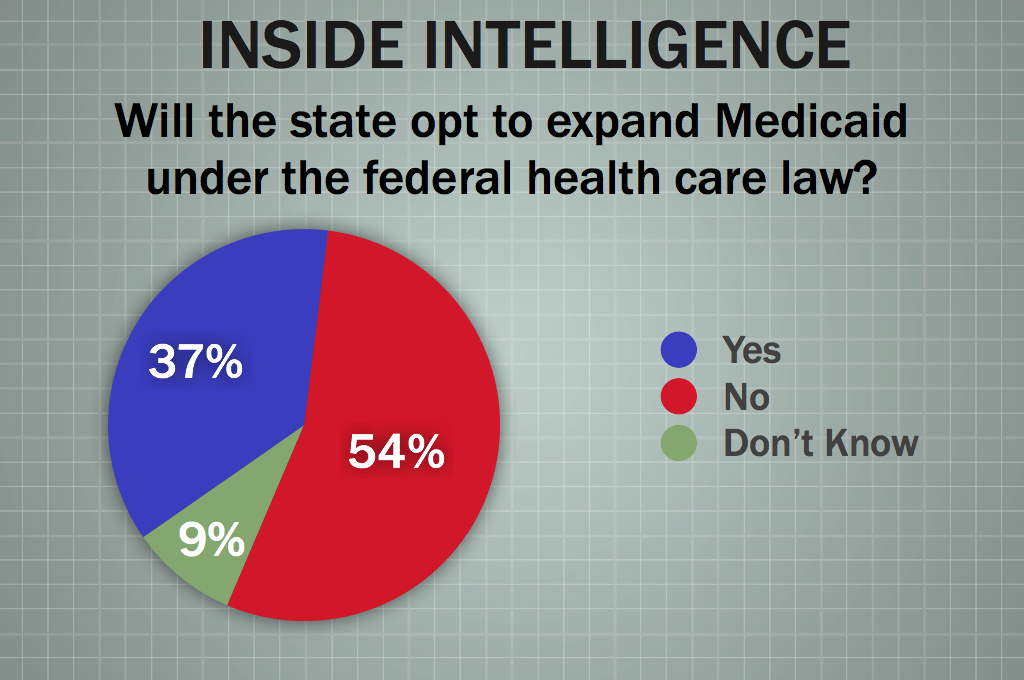 Will the state ultimately agree to expand Medicaid under the federal health care law or leave things as they are?

• "We want the money and we will find some way to 'bend' our conservative views to be allowed to get the money."

• "Texas may not meet existing deadlines, but certainly over the next couple of years Texas will move into the program."

• "Texas is more likely to secede than we are to put ourselves under further federal control."

• "The economic and health impact is too positive to ignore forever. It was a multi year struggle to authorize and implement CHIP in Texas. It will be the same for this expansion."

• "Hard to play chicken w/sociopaths and nihilists; some say there is an end game because (a) we can cover the 10% in 2017 (b) it's a lot of money and huge opportunity costs to state and local taxpayers absent this deal; others say we really are that dumb and darwinistic"

• "Federal matching funds, for one or two programs, may have been a good idea 50 years ago.  But that mechanism has morphed into a modern day financial suicide pact in which the feds promise to pay new dollars they don't have to match states, who in their turn have to cut or neglect everything else (schools, transportation, water) to come up with their share.  Both the size of Medicaid and its rate of growth are out of control and the combination of the two is, in state after state, crushing the entire budget.  Expanding that huge dysfunctional mess is indefensible by any standard."

• "HHS spending is already too big. We cannot sustain funding beyond population growth."

• "The financial incentive is enormous.  As long as Perry can save face, it's a win-win for all concerned."

• "Kicking and screaming, the R politicians will be, but the medical community will eventually get them to do it. Too much money to lose." 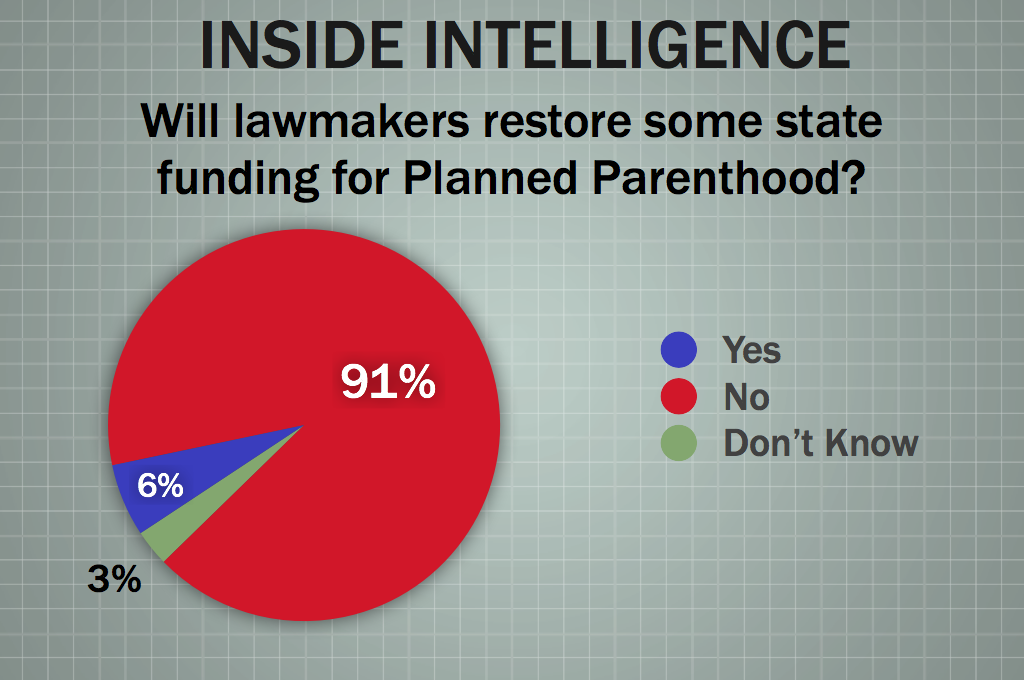 Will lawmakers restore some state funding for Planned Parenthood?

• "Sadly, I don't think this will happen.  The phenomenal quality of healthcare provided by PP and its clinics will continue to be overshadowed by the zealots who are against a LEGAL procedure which is not performed by all PP affiliates!"

• "Not for Planned Parenthood, but believe that additional funding will be made available for other providers delivering preventive services to low-income women.  The snafu that occurred in the attempt to defund Planned Parenthood apparently resulted in an additional 50,000 Medicaid births and cost the state an estimated $300 million.  Not a great trend for legislators who are interested in growing the Medicaid program."

• "We will have a Democrat in the governor's mansion before the state gives another nickel to Planned Parenthood."

• "When shrimp learn to whistle"

• "Planned Parenthood is the ACORN of this election cycle."

• "Not unless a court forces them to." 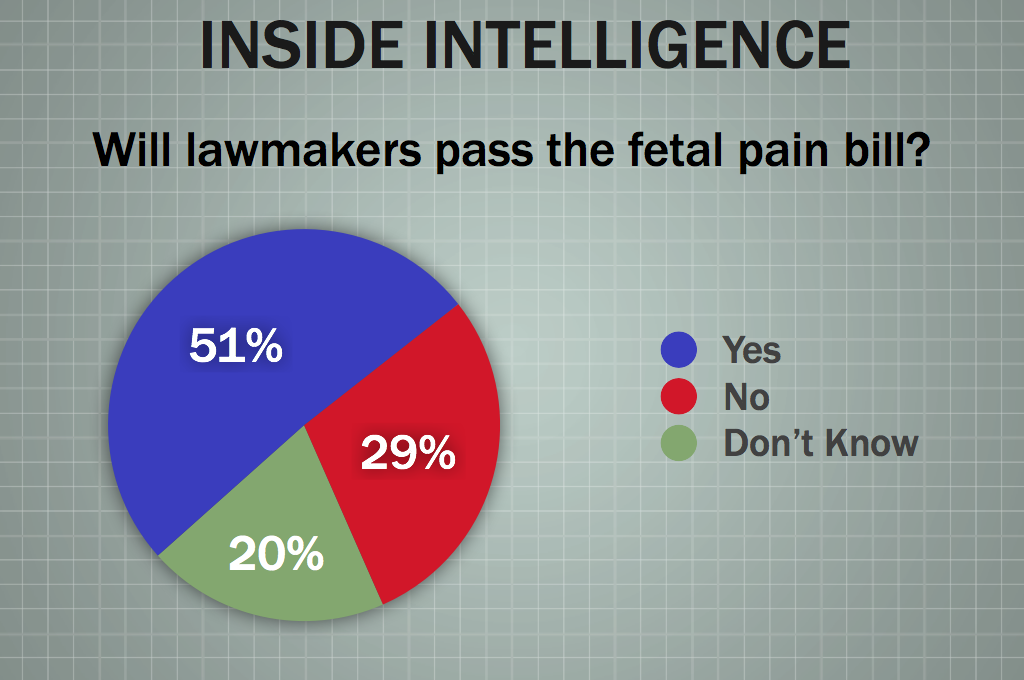 Will lawmakers pass the fetal pain bill that would ban abortions after the 20th week of a pregnancy?

• "Believe that although most abortions after 20 weeks are for cause, the legislature can't pass up the opportunity to define the personhood of the fetus.  Unfortunately, they will likely be hammering on physicians and penalizing them for care provided in high-risk pregnancies."

• "It's a toss-up in the House, but the Lt. Gov must think he needs to pass it in the Senate in order to get right with conservatives."

• "Obviously, because it's anti-scientific and subjects women to oppression. It's a sure thing."

• "If I am remembering correctly, in the past 6 sessions (since and including 2003) the right-to-life lobby has successfully passed their number 1 issue every session.  I don't know if the RTL groups have coalesced around 'fetal pain at 20 weeks' as the top priority, but if so you might want to stand back because they are coming through."

• "Who can defend dismembering a human when they feel pain?"

• "There is no indication that the legislature's record-setting appetite for new legislation restricting abortion will abate any time soon."