Our insiders got a look at the first week of the legislative session and said the improved fiscal outlook from the comptroller is most likely to translate into tax cuts or refunds, in spite of budget cuts two years ago and pressing infrastructure needs. Tax relief was the only option that got votes from half or more of the insiders; the next most popular options were hold the money and wait for a school finance verdict, or use it on infrastructure or to restore budget cuts.

Flip a coin on the chances for change in the state’s business taxes. Lawmakers are talking about it, but school finance could be the bug in this soup, too. Around two in five insiders said chances are good or excellent; about as many said chances are poor or lousy.

The economic development funds in the governor’s office probably will be continued by budget-writers, 78 percent of the insiders said. Another oft-talked-about idea — curtailing gimmicks and diversions and such in the state budget — split the respondents: 51 percent said lawmakers will do something and 45 percent said they won’t.

As always, we have attached all of the verbatim responses to the questions. Here’s a sampling: 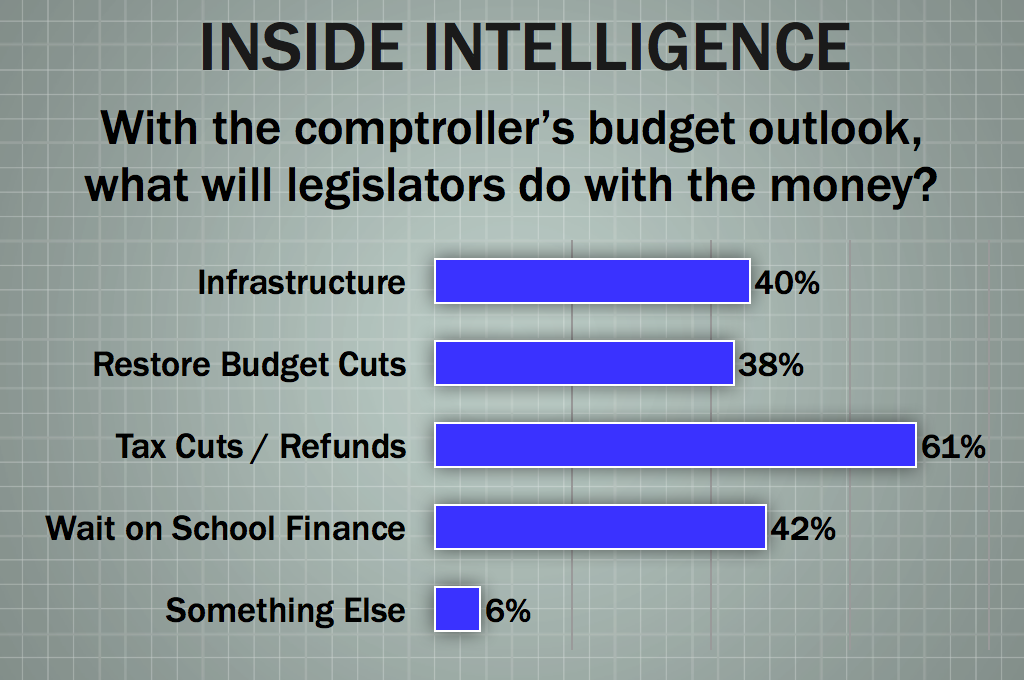 With the rosy budget outlook from the comptroller, what will legislators do with the money?

• "If refunds are constitutional, maybe they should start by refunding the extra tax on electric bills paid each month by consumers in deregulated areas. After all, they've been helping certify the budget for the entire state for almost a decade now."

• "More money for education no matter what."

• "Infrastructure funding is the only thing likely to happen.  A distant second may be giving money back to the taxpayers."

• "Restore some cuts, namely education and Medicare, and hopefully be responsible adults and plan for our future: water, transpo, and infrastructure!  Without those, we lose our economic advantage."

• "Tax cut: their time horizon is the next election, not the next generation"

• "What else do we expect from this group of extremists?  Long term health of the state be damned." 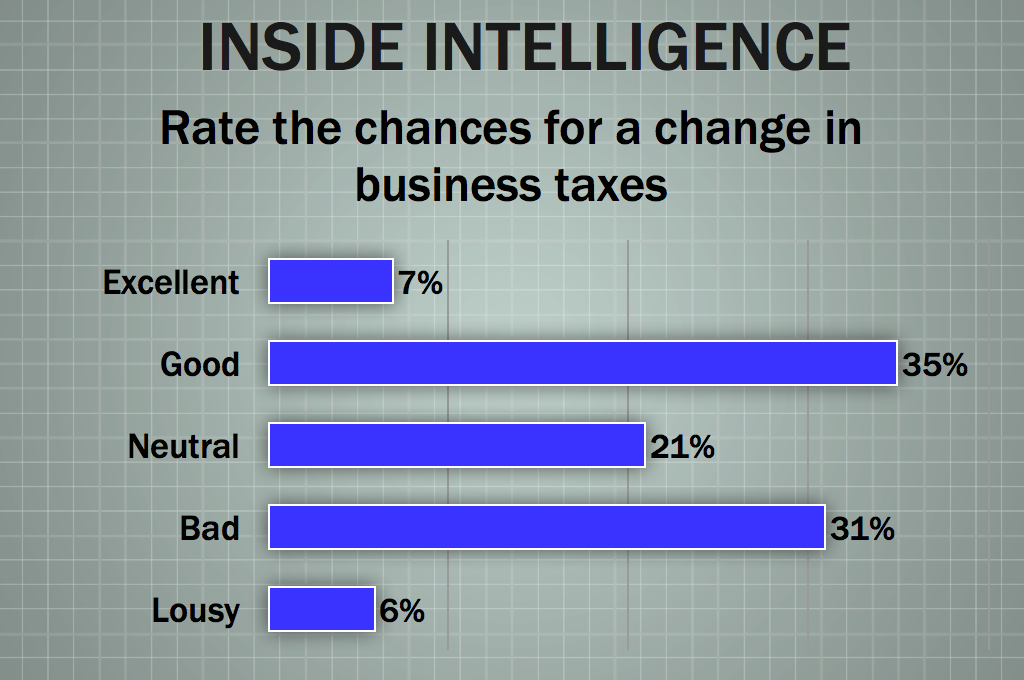 How would you rate the chances for revisions to the state’s business margins tax during the regular session, given the rosy revenue predictions from the comptroller?

• "We are working on several tweaks to the margins tax. While complete exemptions have increased from 150,000 to 1 million for some businesses in Texas since 2006, other are paying up to 20 x more in taxes than prior to 2006."

• "Interest is increasing. The possibility of delivering a mortal blow to an unpopular business tax is stirring campaign stump speech writers into a froth"

• "Any possible tax revisions considered will be minor, because the outcome of the pending school finance lawsuits will alter the tax landscape - so why cut off your nose to spite your face!"

• "It was a BAD idea from the beginning."

• "This leadership has shown a propensity for not tackling big issues."

• "Maybe they will rearrange the furniture, but large changes seem unlikely."

• "Republicans will avoid any issue that can be messaged into a 'he/she raised taxes.' For Republicans, every vote taken this session is an opening for a primary challenge." 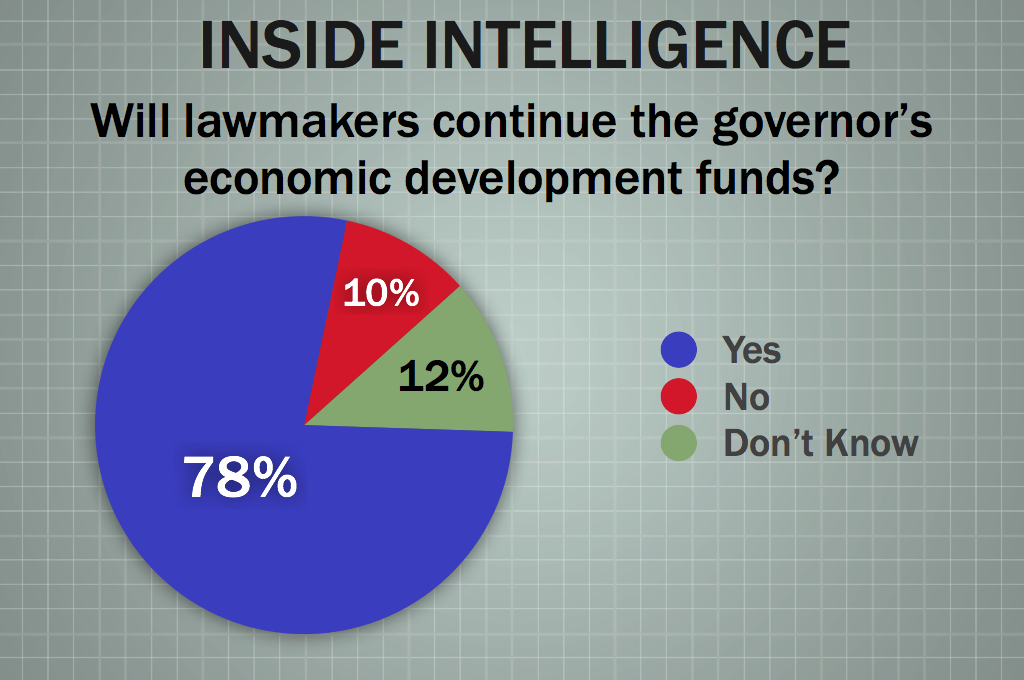 With the coffers full, will lawmakers continue the governor’s Emerging Technologies Fund and the Texas Enterprise Fund in the next budget?

• "The results speak for themselves - it's supported by the house and senate and acts like an earmark to the members in the district."

• "The Enterprise fund is here to stay.  The Emerging Tech fund may be on life support."

• "We need to stop corporate welfare it just doesn't work."

• "Not without changes and lots of oversight"

• "Why wouldn't they?  These are things that attract new business to provide our revenue stream."

• "The coffers aren't full, but they will continue the funds."

• "With an effort for added accountability and increased transparency...perhaps an attempt to limit projects eligible as well."

• "These quasi government agencies are starting to pose a danger to Republicans. The primary base does not believe in them." 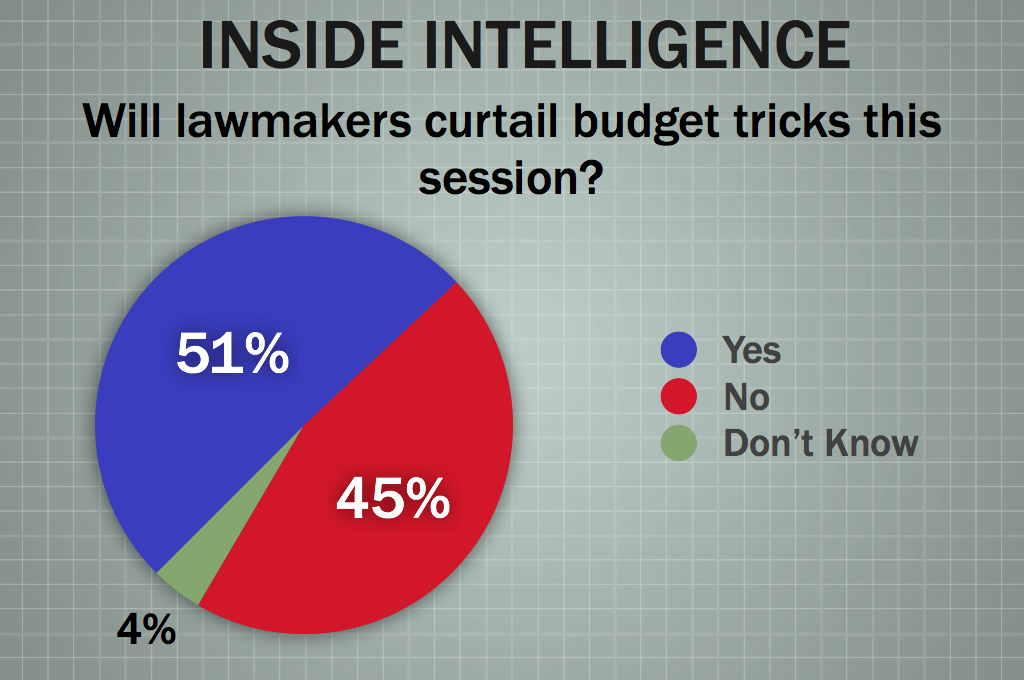 • "They'll make some changes but total reform is unlikely"

• "There will be some reform of fund diversions because the fee-payers are growing tired of paying into a system that doesn't pay them back.  Other schemes like delayed payments will continue as means to certify the budget."

• "The game's been played like this for far longer than people care to admit; it didn't just happen last session.  In essence, you can't teach an old dog, like the Lege, new tricks."

• "Gotta keep the accounting tricks in place just in case those rosy predictions turn out not so rosy the next budget cycle, as is often the case."

• "Parks have been devastated because the license fee to which they are entitled and NEED for park improvements, infrastructure, etc. - will demand their monies be given to them.  No more sweeping of funds."

• "'Smoke and mirrors' is an insulting term for an important, legitimate process.  Any responsible private business, when under pressure, delays its payables and accelerates its receivables - and the State can and should (and does) do the same thing.  It would be irresponsible in the extreme to prohibit those practices for future economic downturns.  As for diversions and transparency?  We'll see if members have the intestinal fortitude to tackle those, and if leadership is serious about making changes."