Before the 2014 elections really, really get going (they’re starting, as you can tell from the headlines around George P. Bush and the political staffing being done by aspirants like Susan Combs and Jerry Patterson), here’s a look at some of the fallout from the elections last week.

The first two exhibits here list the members who won’t be back for the January session and the freshmen who’ll be replacing them. We mapped the shifts, by county, of net votes gathered by the parties. In places like Dallas and Harris, for instance, Barack Obama won but by smaller margins than in 2008. In a number of West Texas counties (and elsewhere), he did better against Mitt Romney than against John McCain four years earlier. It’s not a map of who won each county — it’s a map of whether the counties were redder or bluer than in 2008. Spoiler alert: More counties moved to the right than to the left.

You’ll notice more members coming in than leaving; John Raney, R-College Station, elected to replace Rep. Fred Brown, who resigned in June 2011, is in office but hasn’t served during a legislative session. It wasn’t an open seat, but we’ve included him in the freshman class. Robert “Bobby” Guerra was seated closer to the general election after he was the sole candidate who filed for a special election to replace Veronica Gonzales, who resigned this summer.

Finally, we’ve charted legislative turnover back to the start of the 1971 legislative session, and this year’s turnover is much bigger than normal. The House has had bigger numbers of freshmen only twice over that period. Six new members is a big year for the Senate, but it’s less unusual. The congressional numbers are skewed by the fact that the Texas delegation now numbers 36; in 1971, it numbered 24 and as the state grew, rose to 27 in 1980, 30 in 1990, and 32 in 2000. The delegation gets eight new members this year — four in new seats, two from retirements, and two because voters tossed the incumbents. 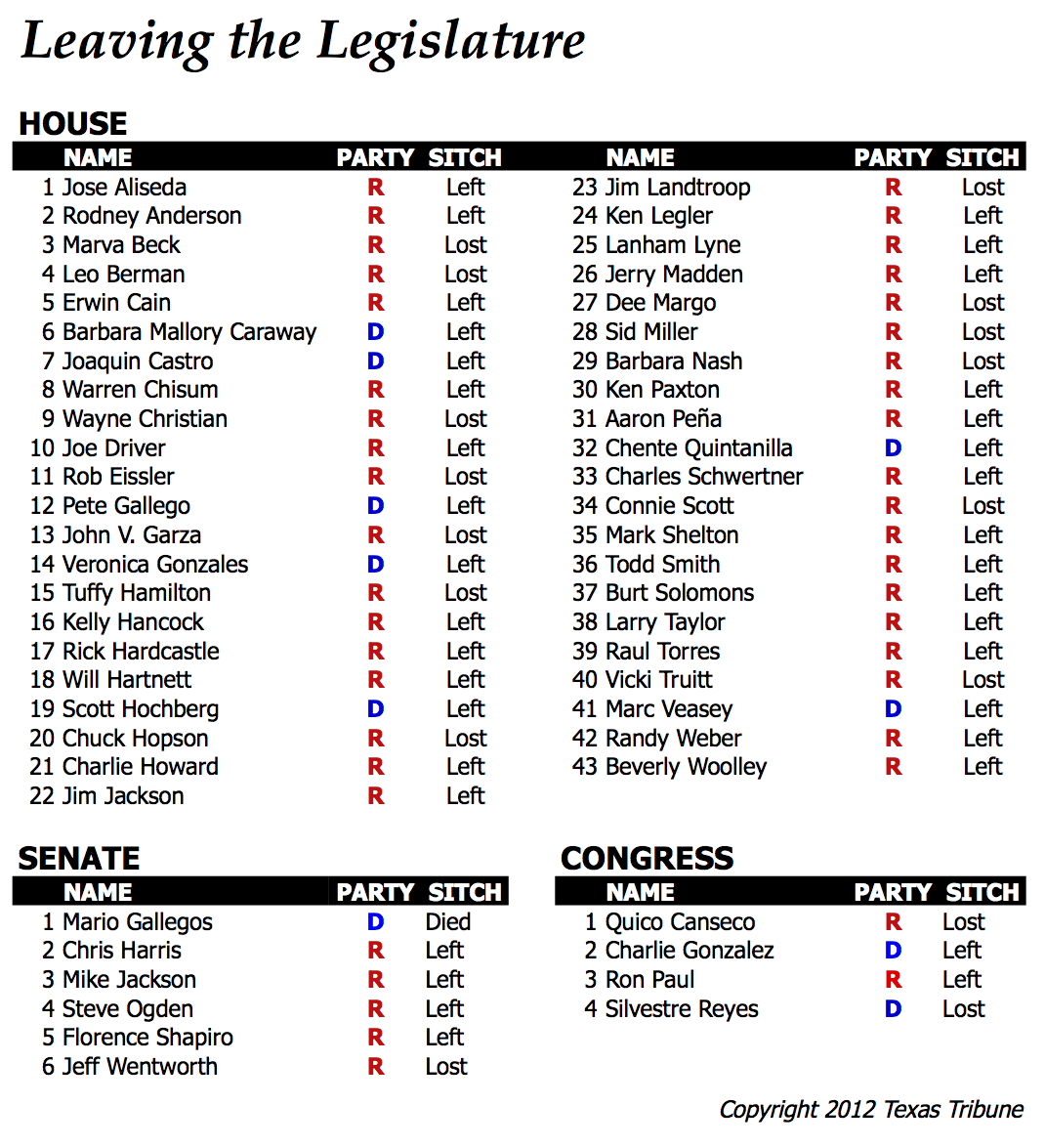 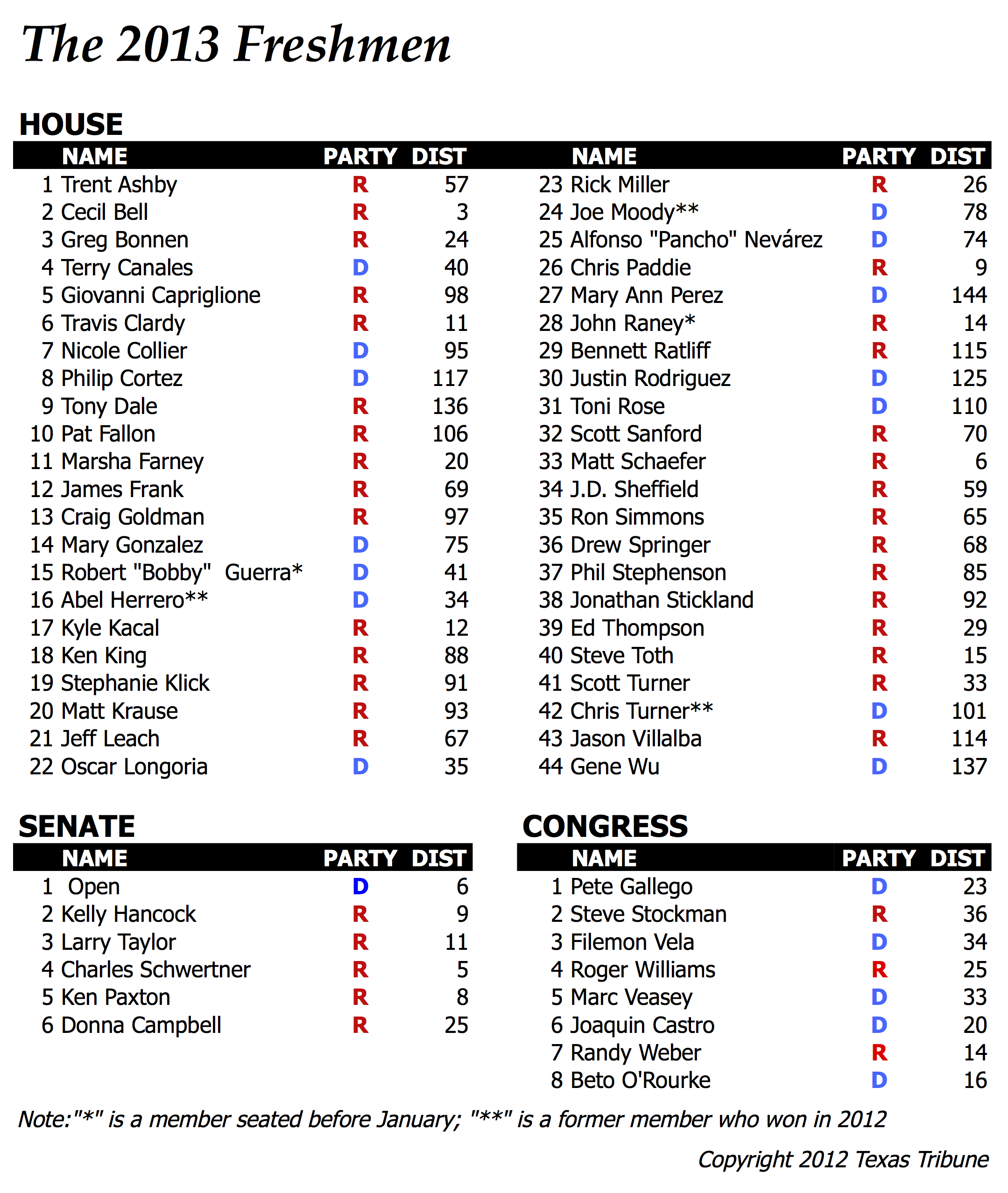 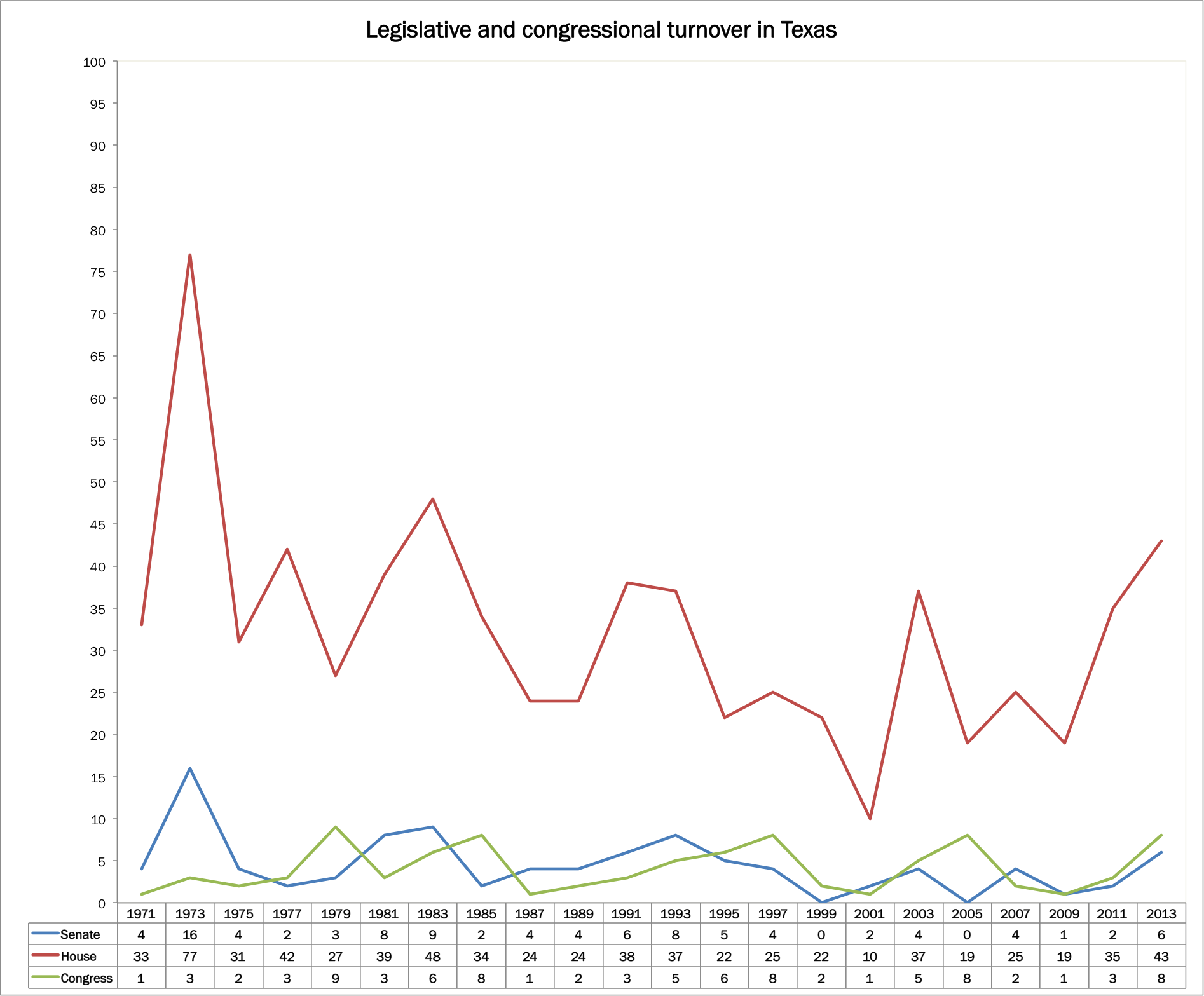