Texas lawmakers return in January and the list of issues they might tackle includes several from the recent past that also could affect the GOP’s future chances with Hispanic voters. What’s going to happen?

Nearly all of our insiders think lawmakers will renew their efforts to require photo voter IDs at polling places. Two-thirds don’t believe those same lawmakers will repeal the state law giving in-state tuition to undocumented students. The insiders split when asked whether the Legislature will ban sanctuary cities by requiring local police to check the citizenship of people they stop. Will Texas officials get a significant role to play in federal immigration reform? Nope, according to 80 percent of the insiders.

Finally, we asked whether Republicans have a reasonable chance of winning a majority of the state’s Hispanic votes in the near future. The respondents are skeptical, with 84 percent saying no.

We’ve attached the full set of verbatim comments to this week’s insider survey. A sampling follows: 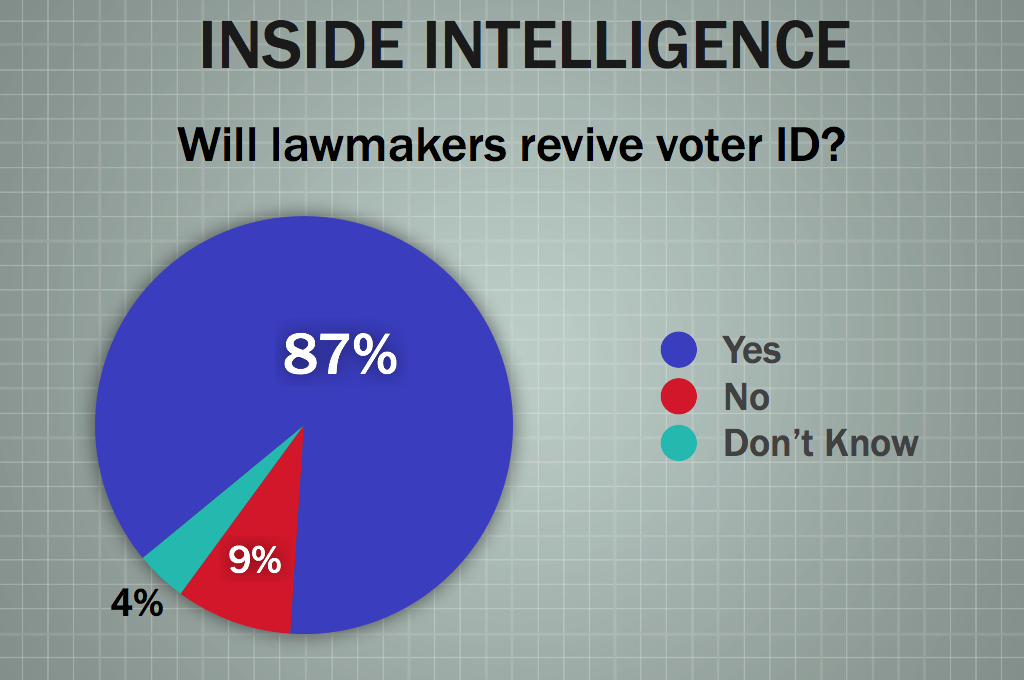 Will lawmakers renew efforts to require citizens to carry photo IDs in order to vote?

• "After a presidential loss like the one the Republicans just had...most certainly!"

• "Most people understand that an ID is required to do just about anything."

• "They passed the law last session.  After the lawsuits, they might try to do a few tweaks."

• "Nobody opposes Voter ID except the Democratic Caucus and the press -- that said, the GOP may be tired of this battle."

• "Voter ID is still on appeal in the courts.  It makes no sense, not even political posturing sense, to try to pass a new statute until the dust settles on the legal validity of the existing statute. Isn't there a long-standing tradition that the Lege doesn't intervene in pending litigation?"

• "The Texas Ds would do well to make this issue their own, with a good showing in the Congressional races, a reelection of Democrat President and a net increase in both the US House and US Senate, this action could prove to make inroads with moderates and independents."

• "And we will posture, fight, demagogue, and waste more time on this than necessary. But tea party friends think carefully - the Hispanic you alienate at the polls will send you packing eventually."

• "Hopefully it will be done properly this time." 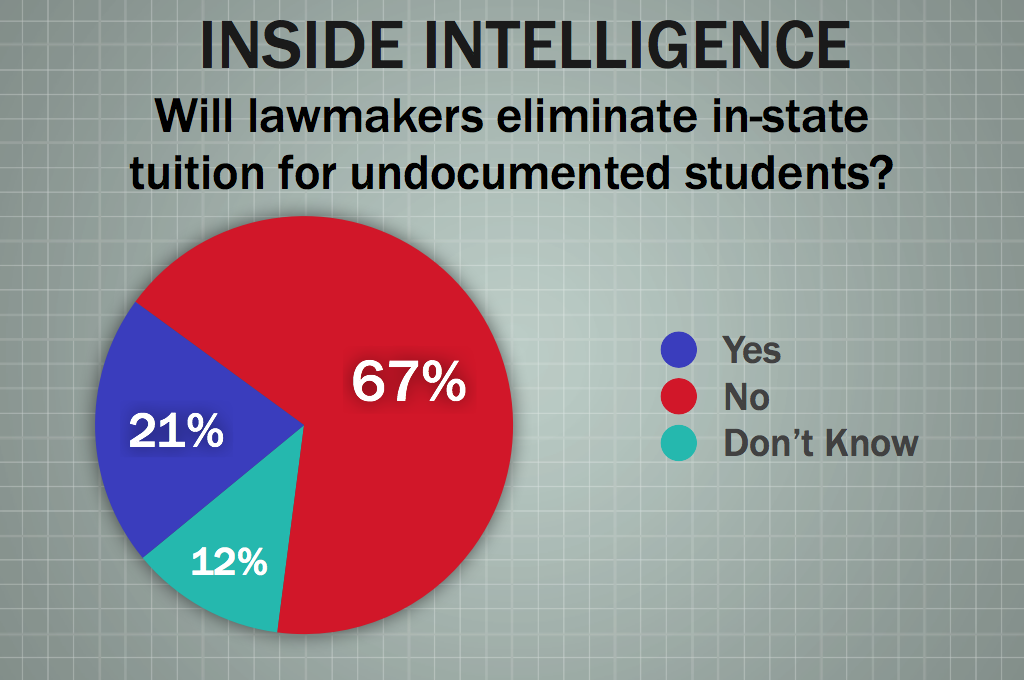 Will the Legislature eliminate in-state tuition for undocumented students?

• "Some will try and if it happens, Republicans will speed-up their demise. If the party has any clear thinking minds left, they would look at the vote totals of Latinos between 18-24 years of age. The sleeping giant is awake and they are pissed."

• "What a silly idea.  Texas gets its revenue from property and sales taxes, plus oil & gas severance taxes--none of which require citizenship.  Why not let qualified students, whether immigrants or not, take advantage of our state's programs that they're already paying for?"

• "Now that Perry has stuck his neck out on this, he can't afford to let it be reversed.  Bet it passes the Senate, since Dewhurst needs to feed the Right, but somehow never gets to the House floor.  Perry will owe Straus one."

• "Somebody is bound to bring it up - will they do it? Doubtful. That would paint them as not 'having a heart.'  There should be a good discussion about 'documenting.'"

• "Given the racial nature of this issue -- i.e., unlike voter ID, it's almost entirely aimed at Hispanic immigrants, albeit illegals -- the R's may back off of this one, since it is the Hispanic vote made the difference for Obama's re-election."

• "Of course they will.... but the R's will have a huge debate over this one. The future of the party will be determined on this one issue."

• "All indications so far are that the one area where Republicans are plenty willing to do an about face to save votes is immigration and related issues.  It doesn't hurt that business interests are generally okay with immigration reform, particularly if it includes expanded employment-based immigration." 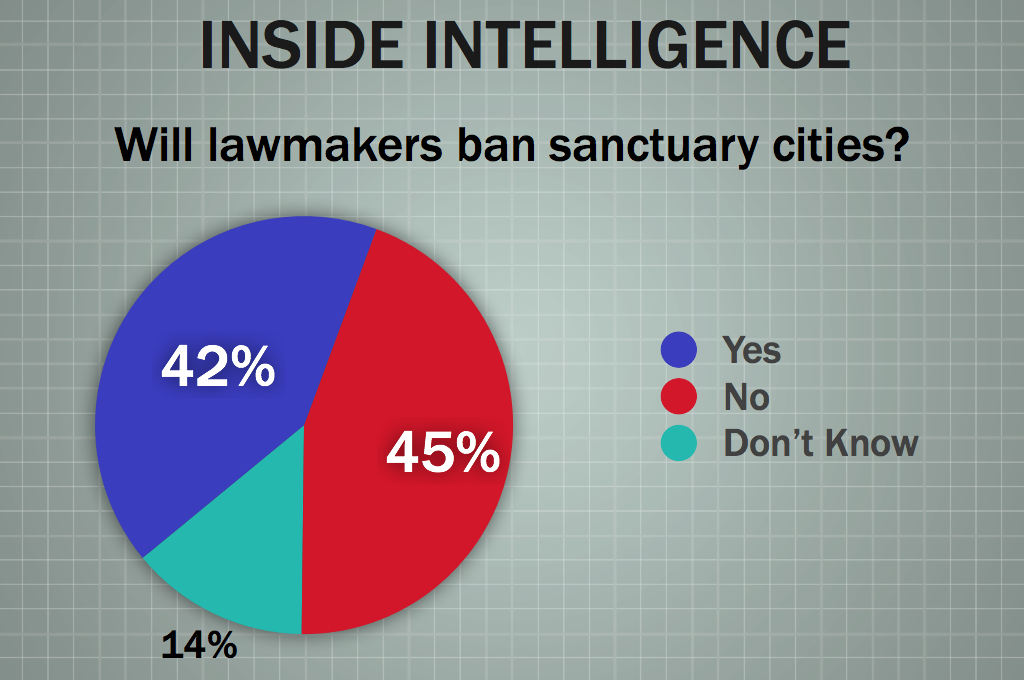 Will lawmakers ban sanctuary cities by requiring local law enforcement to check the legal status of people they stop or arrest?

• "Isn't that rumored to be on the Emergency Call?  Sometimes people just can't help themselves -even when they watch others lose for doing less divisive things."

• "If the right-wingers' brains were taxed, they would be in line for a rebate. As a Republican of Hispanic heritage, I am no longer surprised at how stupid the right-wingers are, but even more so, the people they elect. Go ahead and put Texas on the fast-track for a democratic take-over."

• "Local control is a bedrock principle of conservatism -- hopefully legislators will resist the urge to micro-manage big city police departments -- if Sanctuary Cities are put in place and people don't like it, they should rally round and get rid of their mayor."

• "I would think there would be greater interest in hospital districts delivering services voluntarily to the undocumented and than passing on the cost (through the state) to those folks who have no vote in the local hospital district elections."

• "They will try and push down this unfunded mandate onto cities." 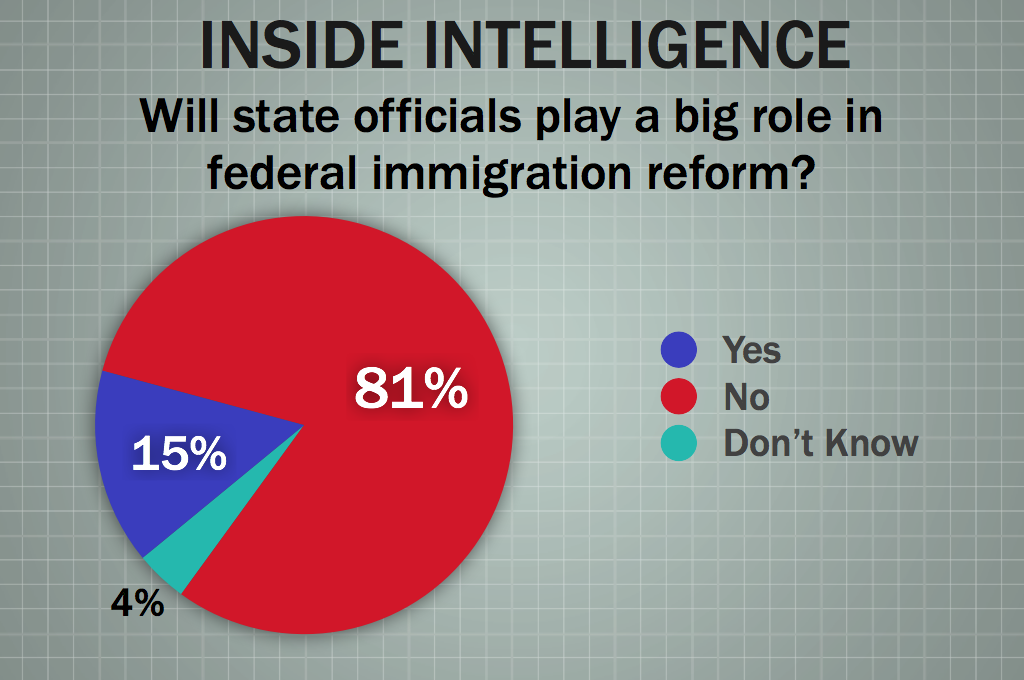 • "We have pretty much ensured ourselves we will be on a political island for the next 2-4 years."

• "No, they're to busy working to have welfare and unemployment recipients take drug tests before they are given public benefits."

• "Maybe Ag Commissioner Todd Staples, but I don't see the others even getting a seat at the table."

• "This crowd is not invited to table."

• "After the President won, I don't see him looking to Texas Republicans for any help."

• "This is a perfect political pivot for Rick Perry -- he should start an 'I told you so...' tour and go around the country speaking about the importance of in-state tuition, guest worker programs and other reforms that embrace rather than exclude Hispanics.  It makes sense for Texas to take the lead on this -- recall that Texas took a much more prudent stance than the Californians of the 1980's who took a hard anti-immigration position and killed the Republican Party there."

• "State officials don't play a major role in base closings, proposed EPA rules, the national budget or any other federal issues, so why would they have any special role on immigration?"

• "They don't seem to want to play a significant role in any federal efforts on anything meaningful."

• "Instate opposition by core GOP base will prevent most Republicans from supporting reform, even if they want to." 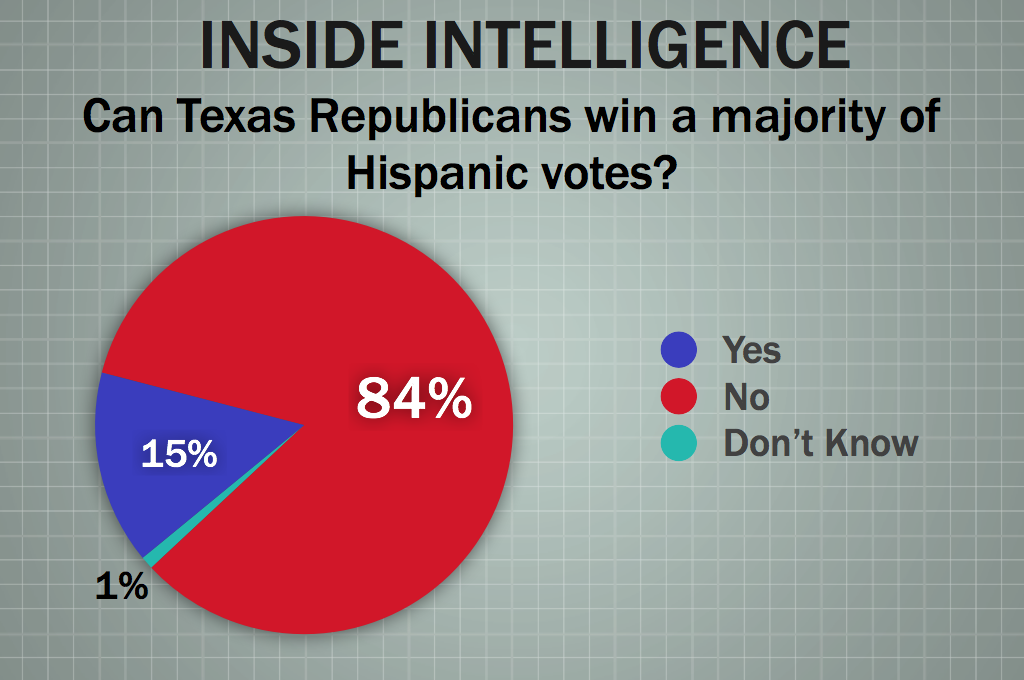 Do Texas Republicans have a reasonable chance of winning a majority of Hispanic votes in (near) future elections?

• "Although George P Bush will be an interesting candidate to watch."

• "I'm optimistic. Look at how much the dialogue has changed just in the past two years. Republicans open to guest worker? That's great progress but much more work to be done."

• "Cruz did no better than Romney, meaning no Latino crossover. Keep dreaming, GOP. When it starts to happen in Spanish, you're on to something."

• "Not a majority. 40% is in reach, however, if Democrats take Latinos for granted."

• "No, but the GOP doesn't need a majority, it only needs 35-40% to retain its stranglehold on statewide elections for the foreseeable future.  That is within the realm of possibility."

• "The Texas Republicans could lead the way for the national party when it comes to adjusting and pivoting to and on Hispanic issues.  That said they seem to be lost in the echo chamber of nativist sentiment that continues to plague the party as a whole.  As long as state leadership continues to follow this path, it is unlikely that Texas Republicans have a chance of winning a majority of Hispanic voters."

• "But Democrats should not take this for granted.  The folks that helped George W. Bush get to almost parity among Hispanics are still around, and the Democrats haven't shown an ability in Texas to effectively organize Latinos statewide."