Texans think politicians should pay heed to the advice of experts — even when it means going against their own ideology — but their degree of faith in those experts depends on the issue, according to the University of Texas/Texas Tribune Poll.

Two-thirds of the respondents agree that the politicians should follow the experts’ advice, even when it’s out of sync with their ideology. It’s muddled, though: Slightly more than half believe that instinct and gut reactions are just as good as the advice of scientists most of the time. And they’re split on whether faith is a better guide than science on many important questions. 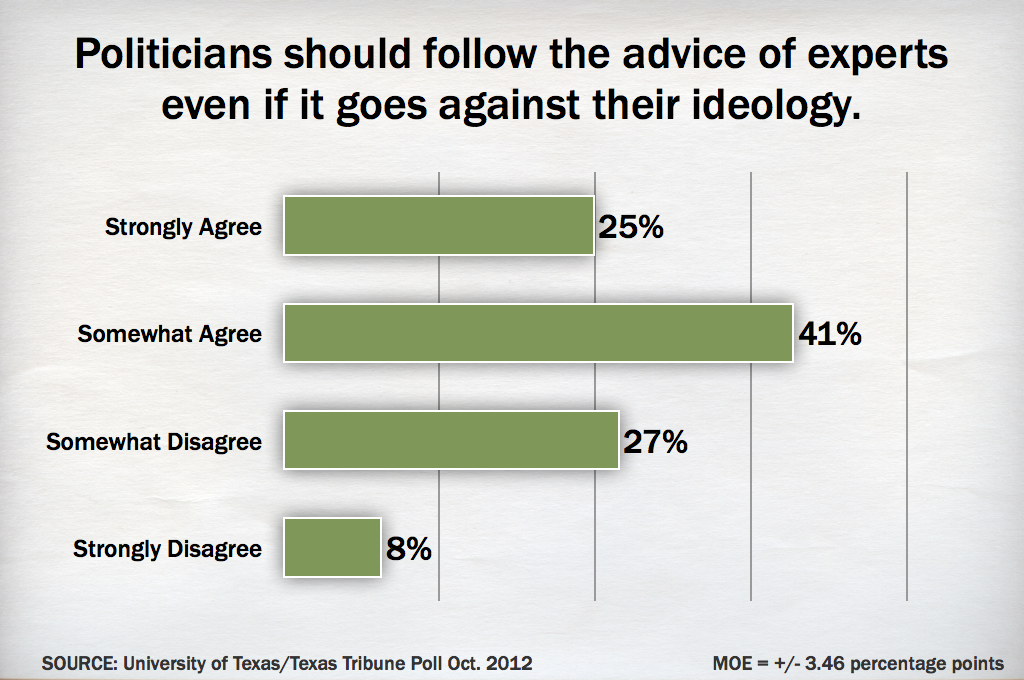 “The more esoteric and purely scientific the question, the more likely the respondents were to say that policymakers should defer to scientists,” said Daron Shaw, co-director of the poll and a professor of political science at UT-Austin. “On the one hand, you’ve got two-thirds saying we’ve got to defer to experts. On the other side, you’ve got 51 percent who said instinct and gut reactions are just as good as science.”

Texans’ reliance on outside expertise varies with the subject matter. On a sliding scale, they were asked whether politicians and public officials should defer to scientists or ignore them. 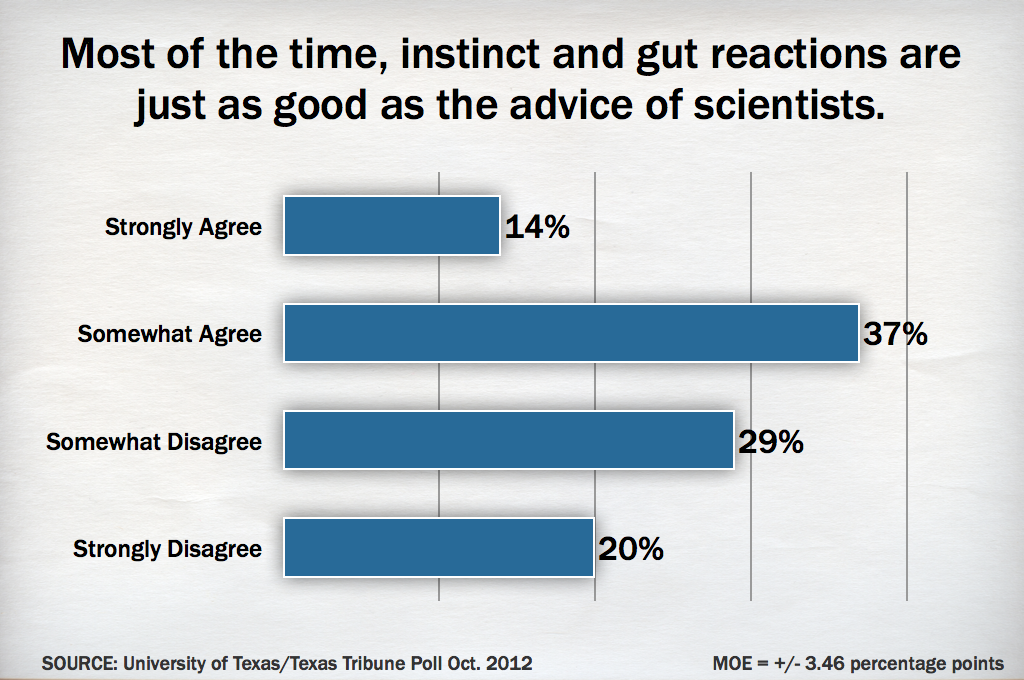 “People use politics to screen their view of evidence," said Jim Henson, director of the Texas Politics Project at UT-Austin and co-director of the poll. "We used to like to think of people looking at problems and gathering evidence and using something akin to reason and method to arrive at a position on an issue. This kind of undermines that. The more political filter you have, the more you use that filter to view what we think of as the usefulness of rational evidence.”

On some issues, they were more inclined to tilt the scales in favor of science. Scientists prevailed over the lawmakers and policy people on issues like nuclear power, natural disaster preparedness, space exploration, AIDS and stem cell research. 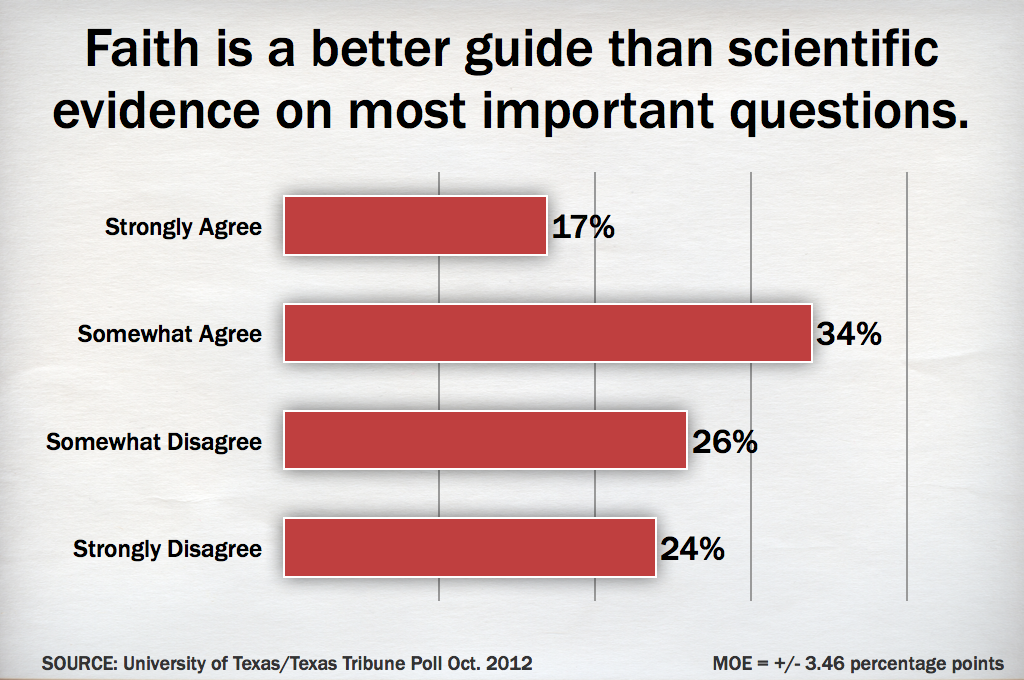 On other issues, they were less inclined to defer to the scientists and let the political people have more voice; that list includes gun control, abortion, legalizing drug use and health care coverage.

That’s on the surface. Underneath, there were some big differences. Urban residents, for instance, were much less likely to leave gun control with the politicians. Rural and suburban residents were more inclined than average to leave abortion to the policymakers instead of the scientists.

Slightly more than half said scientists and academics are not hostile to people of faith, but 55 percent agree that those groups “are not concerned about the moral implications of their research.”

"I need to have a stern talking to with my colleagues," Shaw said.

The University of Texas/Texas Tribune internet survey of 800 voters was conducted October 15-21, 2012, and has a margin of error of +/- 3.46 percentage points. Numbers in the charts might not add up to 100, due to rounding. “Likely voters” were defined as those who indicated they were “somewhat” or “extremely” interested in politics and who said they voted in “every” or “almost every” election in recent years. The margin of error for questions confined to likely voters is +/- 4.22 percentage points.