Most Texans believe that the country is on the wrong track but that the state is headed in the right direction, according to the University of Texas/Texas Tribune Poll conducted this month. That said, their assessments are less negative than they were a year ago.

They remain pessimistic about the future of the national economy, however, with two in five saying "the worst is yet to come."

“If you look at the media sphere right now, with the flood of the campaign coverage, it’s hard not to get negative messaging out of that about the future,” said Jim Henson, co-director of the poll and head of the Texas Politics Project at the University of Texas at Austin. “Part of the hook of this campaign, really for both sides, is that the future is uncertain.”

The numbers reveal strong partisan slants, reflecting what likely voters said in the survey about their strong preference for Republicans Mitt Romney in the presidential race and Ted Cruz in the race to fill an open seat in the U.S. Senate. Democrats said the country is going in the right direction — and by a wide margin. Republicans were strongly negative about the direction of the country, as were respondents who said they would join the Tea Party if it had the same standing as other political parties.

When the question turned to Texas, the partisans traded sides, with self-identified Republicans and Republican-leaning respondents saying the state is going in the right direction, while Democrats and Democratic-leaners said the state is on the wrong track. 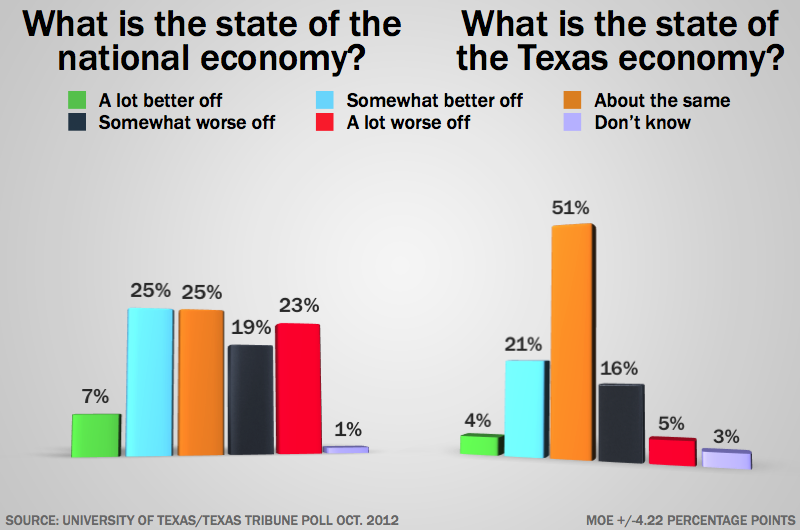 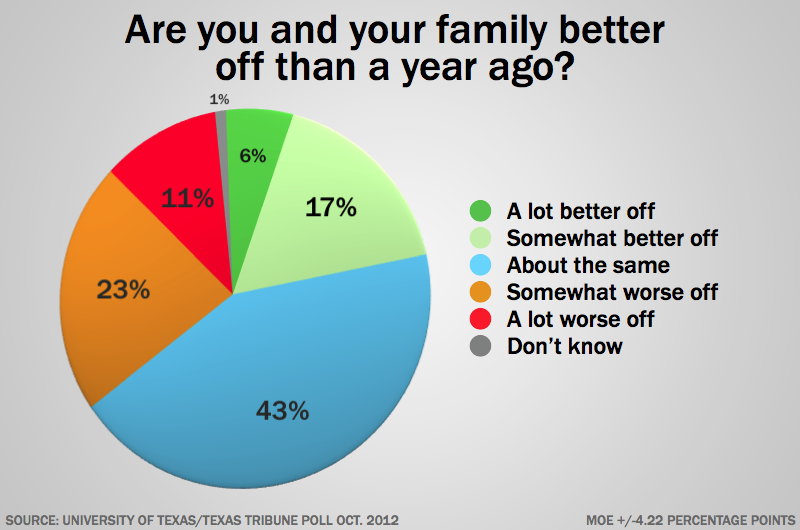 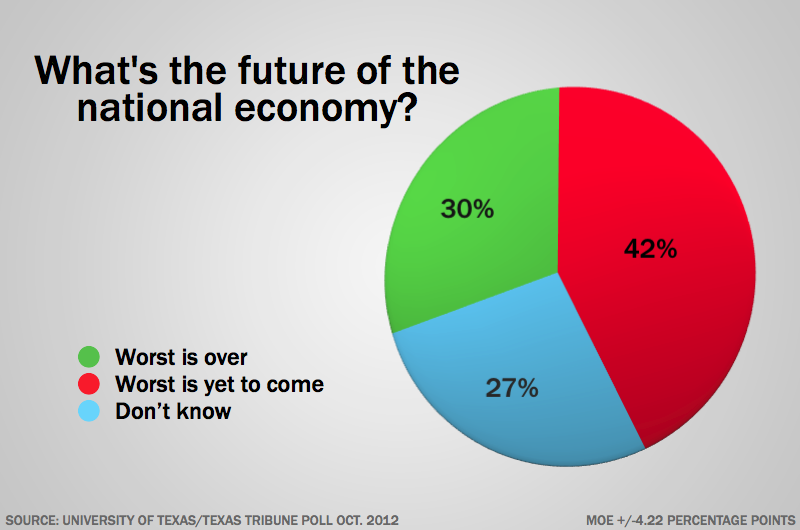 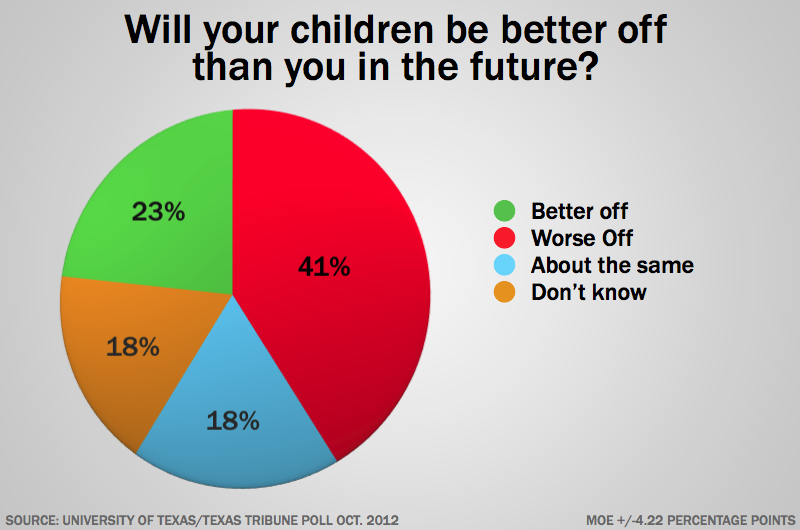 Economic circumstances played into questions about people coming and going from Texas. Only one in four respondents said they have considered leaving the state in the last 12 months. Of those, the top reasons for that impulse were “opportunity for better jobs elsewhere,” “I want a better climate” and “to be closer to family.” Most of the respondents said they moved to Texas more than five years ago, including 54 percent who said they have always lived here. Two of those reasons played into their moves into the state: 35 percent came for jobs, and 33 percent came for family.

[This is the second of five stories on the latest University of Texas/Texas Tribune Poll. Tomorrow: How Texans feel about the issues.]