The changes this week were done with an eraser — the candidate lists from the Texas Secretary of State show the Libertarian candidates who had signed up for two House races — HD-23 and HD-107 — have dropped out. So has the Green Party candidate in HD-102.

Third-party candidates can make a real difference in swing districts and other close races, draining votes from candidates who might otherwise be a couple of points ahead. They give voters an opportunity to go with a third party, or to express their distaste for the major-party candidates, which isn't necessarily the same thing. 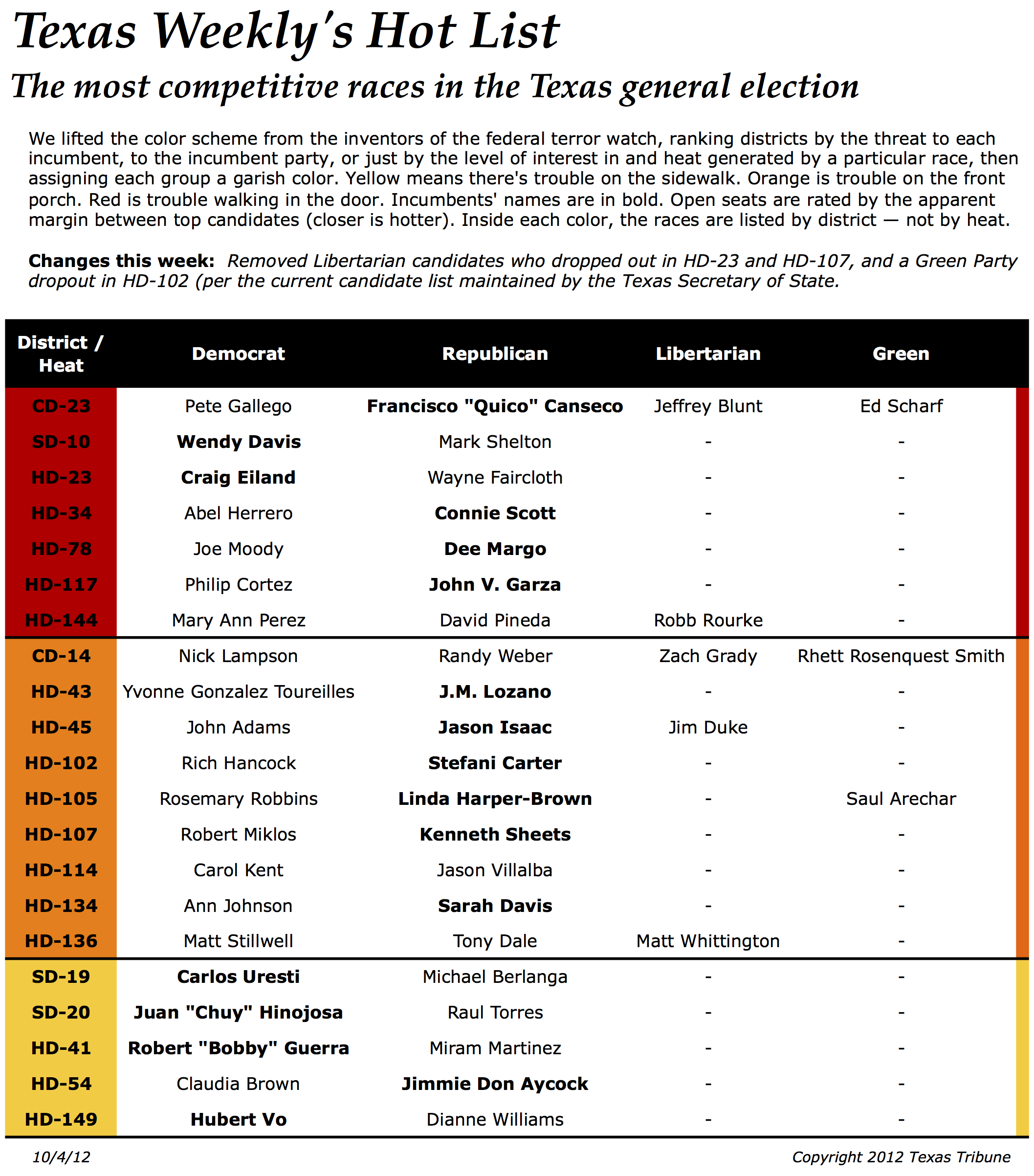