The Texas Weekly Hot List is back, with our best stabs at which races are closest and which ones ought to be on your watch list. This is inherently subjective, based on ongoing conversations with candidates, consultants, financiers and so on.

Some races are obviously competitive, like the 23rd congressional district or the 10th Senate district or the 78th House district. Some could be if events unfold in a particular way. Some depend on which candidate runs the better race, and some depend on external factors, like a sheriff's race or a county clerk who runs short of ballots.

It's worth noting that several races on the list include third-party candidates, whose presence often swings close contests. Editor's note: Two races had Libertarians and now don't, as those candidates have dropped out: HD-23, and HD-107; a hat tip to Robert Miller for pointing that out.

Finally, we've included some bubble babies — races that might turn out not to be competitive at all, that aren't topping any lists, but that have some characteristic — a past election result, a candidate name, a demographic trend — that lifts your eyebrow. Those are in the yellow zone for now, and might not amount to much. 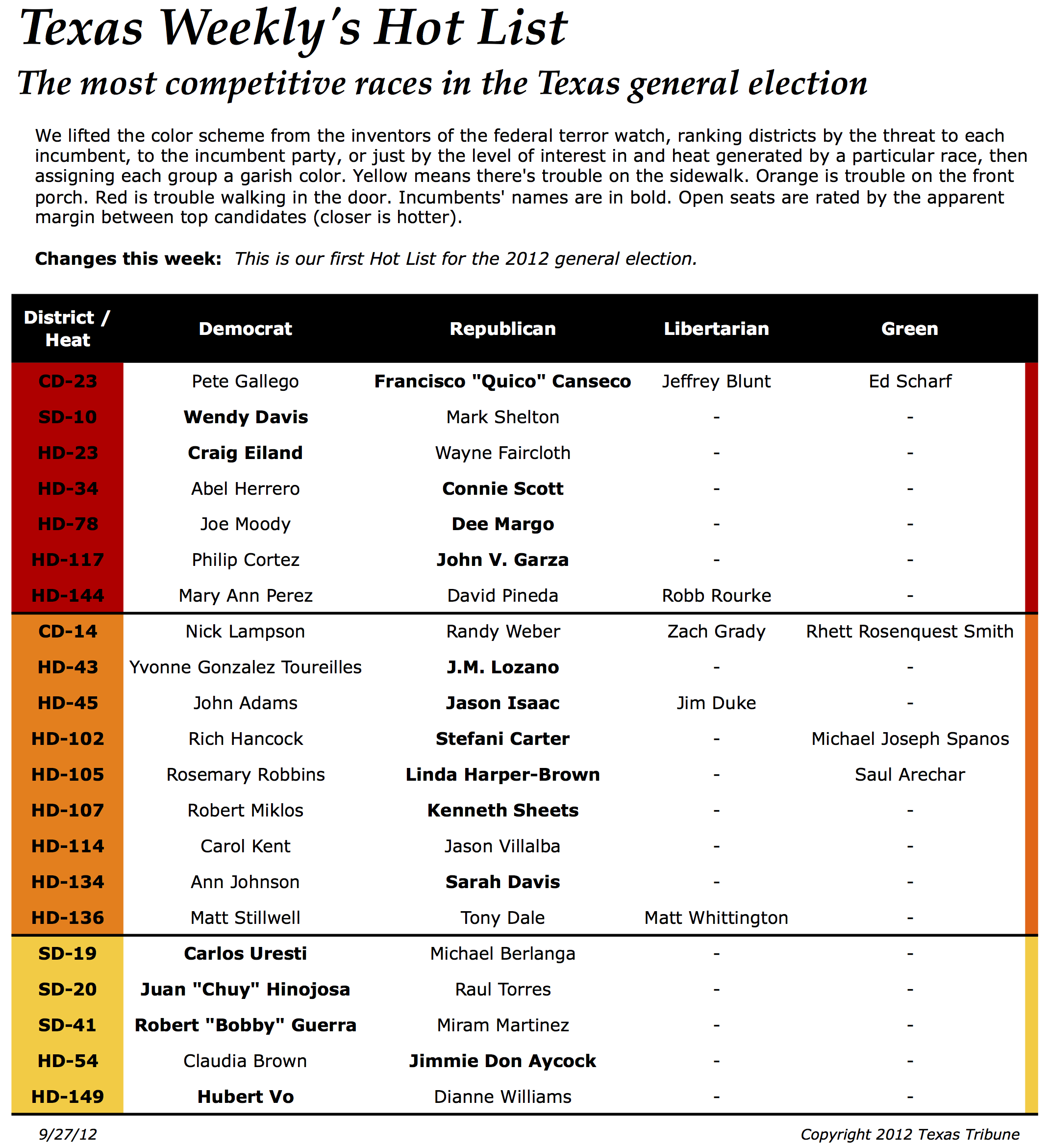