This week, we asked the insiders about money — sales taxes, property taxes, casinos, and tax reform.

Start at the top: The only issue that would prompt lawmakers to make major changes to the state’s tax code, in the opinion of the insiders, is school finance. Not coincidentally, several lawsuits against the state’s school finance system have been rolled into one big trial that’s set for October. That could set the tone for tax and revenue issues in the next legislative session and beyond.

Finally, in light of the latest efforts to legalize casino gaming in Texas, the insiders came up with an interesting split. Three quarters believe voters would legalize casinos if asked to amend the constitution, but four-fifths don’t think the Legislature would vote to put that issue on the ballot. According to the insiders, the voters want it but their representatives don’t.

The verbatim answers were thin in last week’s horse race questions, but the commenters were back in force this week. A full set of verbatim comments is attached, and a sampling is included below. 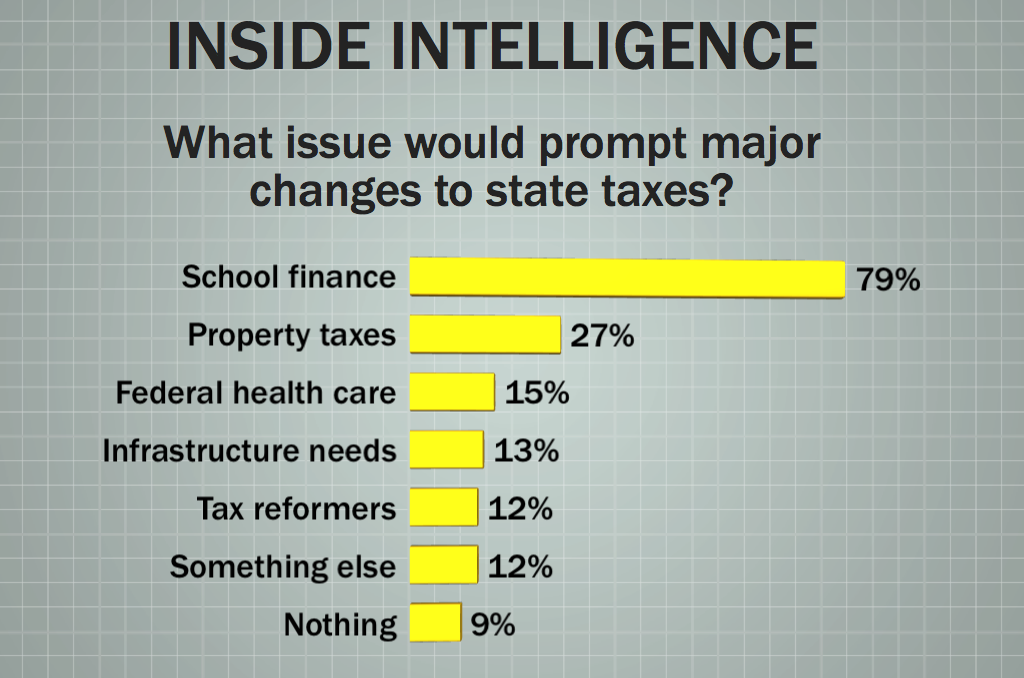 What would prompt the Texas Legislature to make major changes to the state's tax code?

• "Adverse ruling from the Supreme Court in the Nestle case."

• "School finance may be the only thing that convinces the lege that a more diversified tax structure is needed."

• "The lege will dawdle on school financing until the courts force them to do something. That's the historical way of changes, and nothing has changed, except for the worst in terms of being responsible and doing what's right."

• "The harsh and highly politicized air around Texas state taxes leaves only one option for major reform: a court order."

• "Judicial fiat. It's has always been the only cover to which the leg will respond."

• "Usually, local schools are enough to spur some action. However, if vouchers are passed, it will be a convenient excuse for lawmakers to say, 'Let's just see how this works before actually doing the right thing and funding public education.'" 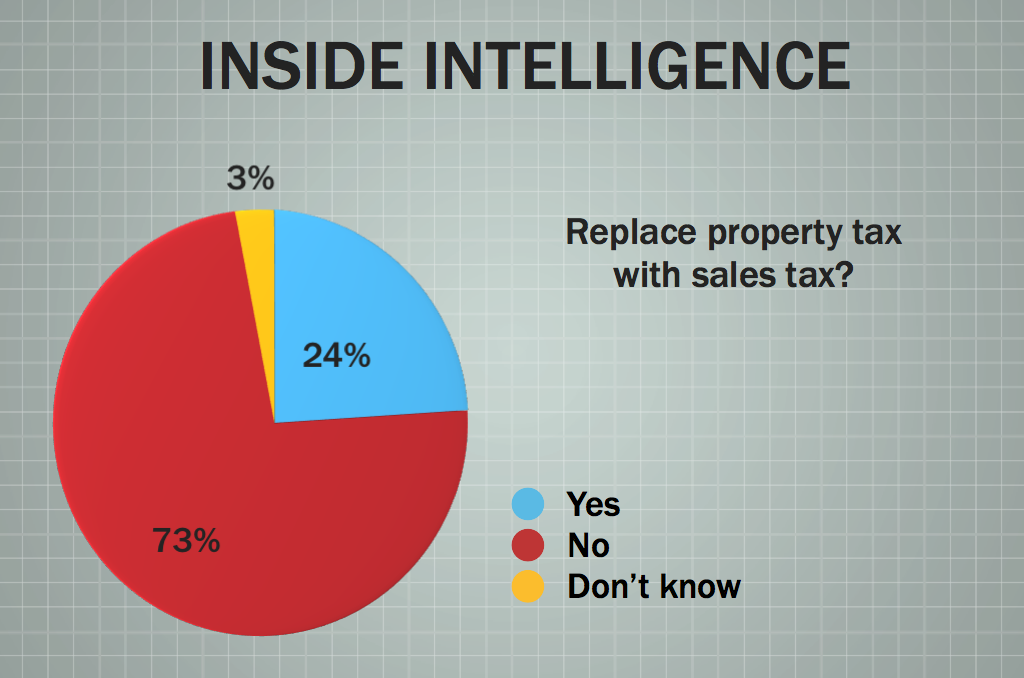 Is it a good idea to replace local property taxes with sales taxes?

• "It depends on which local property taxes are being eliminated, and how they are applied."

• "The devil is in the details. There needs to be more details on how it would operate with regard to exemptions and who they impact and how."

• "Depends on whether you can afford to pay additional sales tax. If you can't, then it's probably a bad idea. If you can, then you probably think it's a good idea."

• "Absurd suggestion that would ask the poorest Texans to go without so that Michael Dell and Mark Cuban can save money."

• "No state that has tried this has made it work. Texans won't like it because we would not want to cede any more control of our schools to the state -- which is what would happen if the money was collected through a state sales tax."

• "What ever happened to the conservative dedication to local control? Communities would have no way to decide to raise local taxes to improve local services."

• "A sales tax/property tax swap is that rare and happy animal at the Lege, an absolutely terrible policy idea that has even worse politics (and exactly zero chance of passing)."

• "Absolutely, not. The consumption tax would reach 25% and capture a broader range of goods and services. This would slam retail business as well as wholesale in our state. Retailers provide 1 in 4 jobs in Texas, which would be reduced with such a decision. The appraisal review process needs a serious makeover."

• "It's a horrible idea and I don't know why the Tea Party wants to raise the price of tea to a level they can't afford." 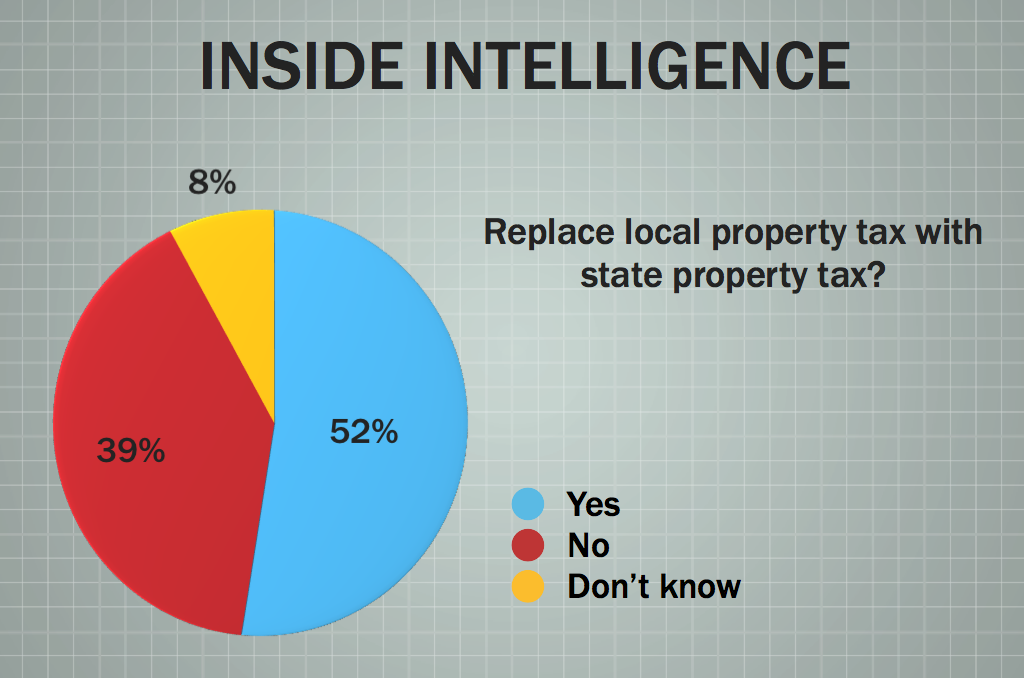 • "That is the only way to support a general diffusion of knowledge and stop paying lawyers to argue about it."

• "There is no way to get around the arbitrary (and inherently unjust) features of the property tax. It has no place in Texas tax policy PERIOD."

• "Think property taxes are high now. Let the state get control of them. Also, no local control anywhere, no local enrichment for local school districts. Schools would be completely controlled by state funds."

• "Local voters approve local taxes proposed by local electeds? It is the epitome of local control."

• "It might be if one could trust the current brand of politics (voucher-lovers) and all future leges to properly use the funds for public education. But really, these people? No way."

• "No, we must do all we can to return controls to the LOCAL level. The most basic way to do that is to pay for schools locally."

• "With the disparities across the state it might be an idea whose time has come - equitable valuation and equitable tax."

• "Until there is a statewide tax of some sort there will never be the equal education system called for by the Texas Constitution. All you will end up with is more 'Robin Hood' schemes."

• "Switching from a local tax to a state tax would do nothing that can't already be done by statute. It would be purely window dressing. And the deals that will have to be made to get this done are dangerous to Texas business." 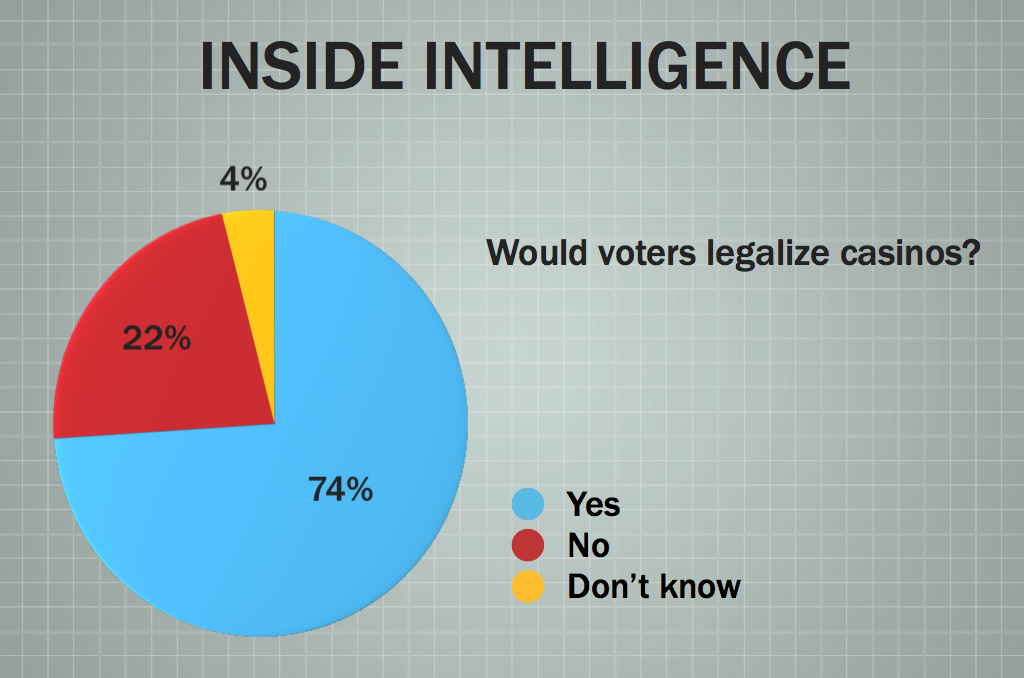 Do you think voters would legalize casinos if asked?

• "That doesn't mean that it's good public policy, though."

• "It just makes financial sense and most importantly, Grandma is tired of driving to Louisiana."

• "Texans beware. I grew up in an idyllic small Midwestern town that now has a casino. Fancy new street lights, pennies for schools, and a community pool come at a steep and very real price: gambling addiction, crime, strain on families, etc."

• "The need for more revenue does not escape most Texans. Absent courageous leadership, they will look at anything that does not raise taxes."

• "Texans are gambling today; it's just other states that are reaping the revenue. Risk seeking is an inescapable part of the human condition. No one is being forced to line up at the tables. Liberty and mutual respect dictates that you keep your religious views out of my life."

• "While not a panacea for the state's economic revenue woes, casino gaming done correctly, with limited licenses in a destination resort approach, would keep Texas gaming money from flowing out of the state and also have the added benefit of bringing in new dollars from out of state and internal visitors, something that is just not possible with VLTs at race tracks. Again, a huge hurdle is securing 2/3rds to put the measure before the voters."

• "That's the problem; the Lege knows that if this gets to the voters, its cha-ching time for the state."

• "Too many Texans have been to casinos in other states for them to say it's objectionable. This is like liquor-by-the-drink. Give 'em a chance, and they'll vote for it."

• "Have you been to Vegas lately? No shortage of Texans! (Not to mention the dives that count as casinos in Oklahoma)."

• "And the money would go to fund public education... like the lottery, right?" 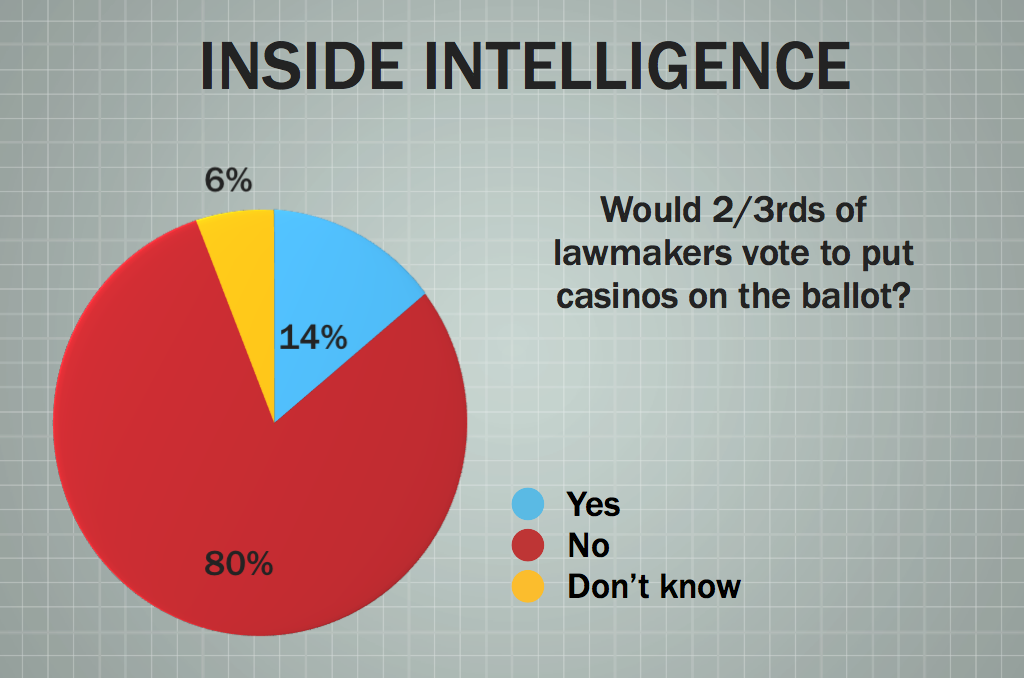 Do you think the required two-thirds of the Legislature would vote to put the casino question on the ballot?

• "The votes haven't been there for 20 years and aren't likely to be there for another 20. Conflicts of interest among sitting legislators aside, the gambling interests have shown that they will simply funnel money to the party that will give them what they want and legislators are wary of creating yet another campaign finance giant that can make them -- or try to make them -- bend their knees to powerful funders."

• "Hell NO! They may call themselves 'Tea Party' limited government conservatives, but we all know the religious right is still in control of the votes in their districts."

• "Of course they will vote to support. Our Tea Party legislature believes in personal freedom and individual responsibility, right?"

• "Though conservatives are split on this, there are enough in opposition to hold the line -- even folks who aren't stridently against increasing gambling will argue that gambling always promises more in revenue than it delivers."

• "I see it happening in the House, but probably not in the senate as quite of few of those monkeys are looking at higher office."

• "A legislator's vote to put casinos on the ballot will draw far more attention from its opponents than its supporters."

• "Smoke-free Texas has a better shot!"