We asked the insiders this week about nine House races that are on most watch lists — mostly because the Legislature and the courts drew the lines to make swing districts of these.

The insiders put Democrats in the lead in two of the nine races and, in every case where it was possible, they went with the incumbent. We'll check on this again before the election to see if they've changed their minds, but the results follow. This week, they voted in droves, but to an unusual extent, held their tongues.

As always, we've attached the verbatim comments made by the insiders who has something to say. 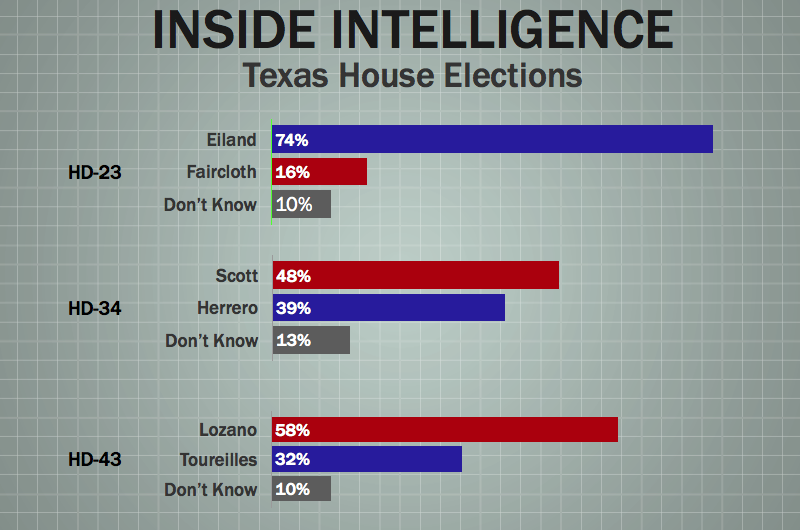 Who do you think will win the HD-23 race — Craig Eiland or Wayne Faircloth?

• "Craig will have just enough cross-over appeal with some of the local conservatives."

• "Craig probably squeaks it out, but not by much."

• "If Eiland loses, it will be a big blow, both to the Democratic Caucus and the House as a body. His institutional knowledge and calm perspective would be hard to replace. Seeing him driven to the point of visible anger during Straus's raw power play during the tort reform 'debate' spoke volumes."

• "Eiland will be the prime beneficiary of the DCCC beating up the Republicans and Lampson's ground game."

• "Craig 'Rico Suave' Eiland is respected in his District."

Who do you think will win the HD-34 race — Abel Herrero or Connie Scott?

• "Connie walked door-to-door to meet her constituents and has worked hard to represent them. They will want her to continue working for them."

• "Connie Scott is a useful idiot for industry. Harsh but true."

Who do you think will win the HD-43 race — J.M. Lozano or Yvonne Gonzalez Toureilles?

• "Rep. Lozano beat the odds to win the nod, and he will surprise folks again when he wins."

• "This race will be a blood bath, but in the end Boom Boom Lozano will prevail."

• "Sometimes, late at night, I whisper to my young child about how there are bad men in Austin who stand for nothing other than personal gain."

• "YGT is a known quantity and is great one-on-one. If the HDCC steps up, she should win in a walk."

• "J.M. is working hard and is personable. YGT burned many bridges after her loss." 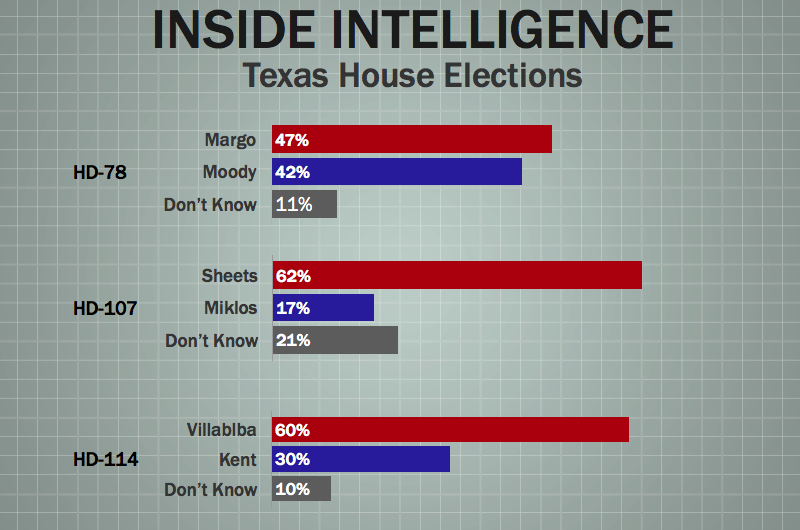 Who do you think will win the HD-78 race — Dee Margo or Joe Moody?

Who do you think will win the HD-107 race — Robert Miklos or Kenneth Sheets?

• "Miklos is about to experience the true definition of a blitzkrieg campaign."

• "Constituents like having a military veteran working on their behalf."

• "Sheets is being used by Trabulsi and the Governor like so many defense lawyers before him. He's intelligent, but I wonder if he even knows it. A one-sided civil justice system is neither just nor sustainable."

• "Too Republican for a Democrat to win."

• "No one knocks on more doors more times than Robert Miklos. In a former life, he got rich selling Bibles door-to-door."

Who do you think will win the HD-114 race — Carol Kent or Jason Villalba?

• "Villalba has built a lot of enthusiasm in his district."

• "This is an interesting race as two moderates run against one another. Good problem to have for HD 114." 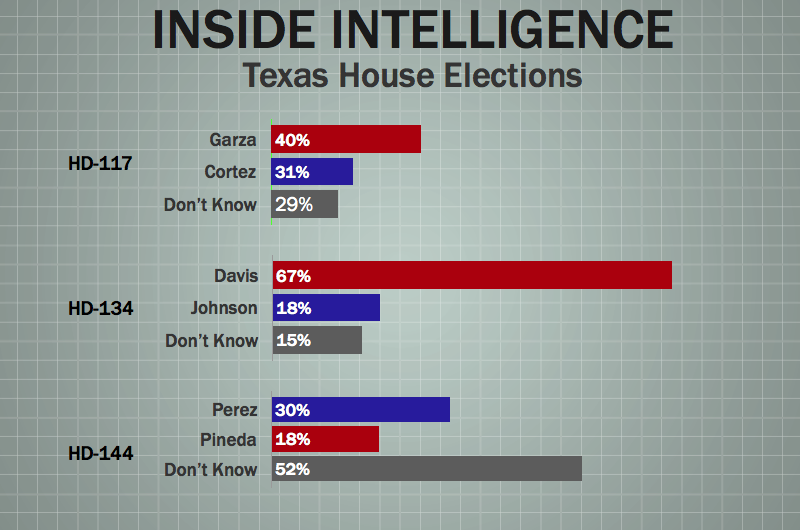 Who do you think will win the HD-117 race — Philip Cortez or John V. Garza?

• "Cortez barely won a runoff against a horrible candidate who wasn't even from the district. His legacy of being cavalier with the truth will sink him with swing voters."

Who do you think will win the HD-134 race — Sarah Davis or Ann Johnson?

• "134 was made more Republican during redistricting."

• "Pundits who say Democrats don't have a good bench ignore the Houston Latinas at their own peril."

Who do you think will win the HD-144 race — Mary Ann Perez or David Pineda?