In the wake of the movie theater killings in Aurora, Colorado, we asked the insiders what the legislative response — if any — ought to be.

The answers were mixed. While most don't think federal and state lawmakers should revisit existing gun laws, a slight majority said current gun laws are not restrictive enough. Asked whether lawmakers should consider changes in other policies and laws, more said No than Yes — but neither answer was appealing to more than half of the insiders.

The nuances, as usual, were in the comments offered by the respondents. Those are attached in full and, as always, we've included a sampling of those responses below. 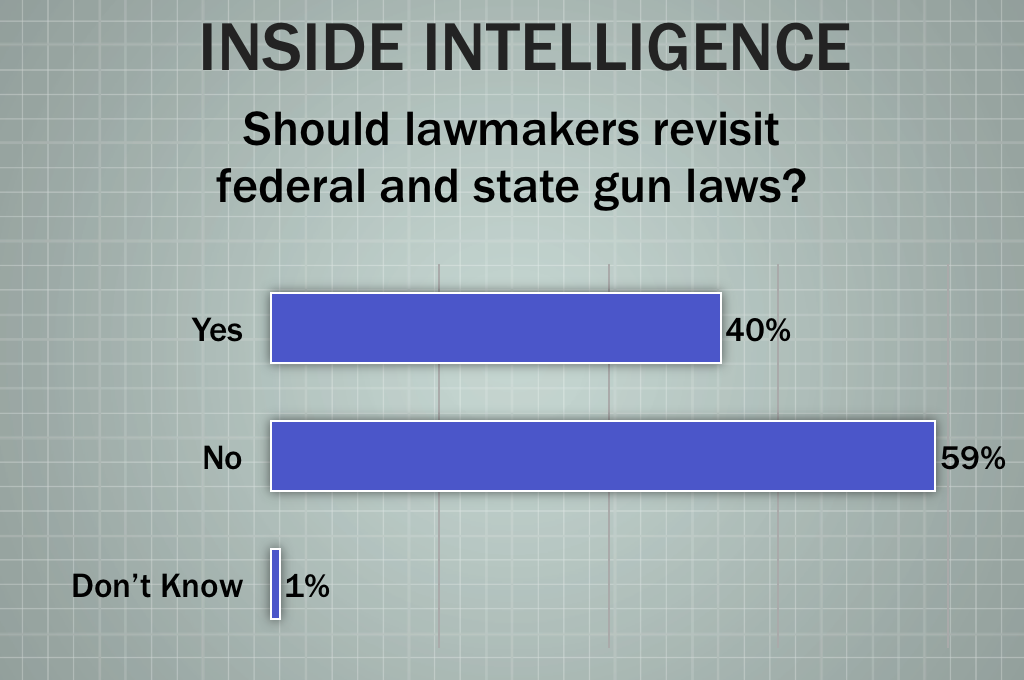 • "Not given the current make up of the legislature. I'm afraid "revisiting gun laws" at the state level would mean CHLs for 9 year olds and mental patients."

• "Only those lawmakers wishing to no longer be legislators in Texas should revisit anything dealing with restricting gun regulation."

• "Little interest from either side of the aisle. The politics are baked in and only big city Mayors have running room on the issue."

• "Nuts can't kill as many people if they can't get military weapons designed to kill a lot of people."

• "Law abiding citizens should have LESS restrictions on gun ownership. The result would be an armed citizenry with the ability to protect themselves against those who wish to do harm."

• "It's time to get serious about assault rifles and high capacity magazines. No serious hunter would ever consider a 100 round mag and I'm one of those guys who hunts."

• "Since it seems like this whole episode is a case study in how to circumvent state and federal gun laws, it seems like there might be other avenues also needing to be explored at this point?" 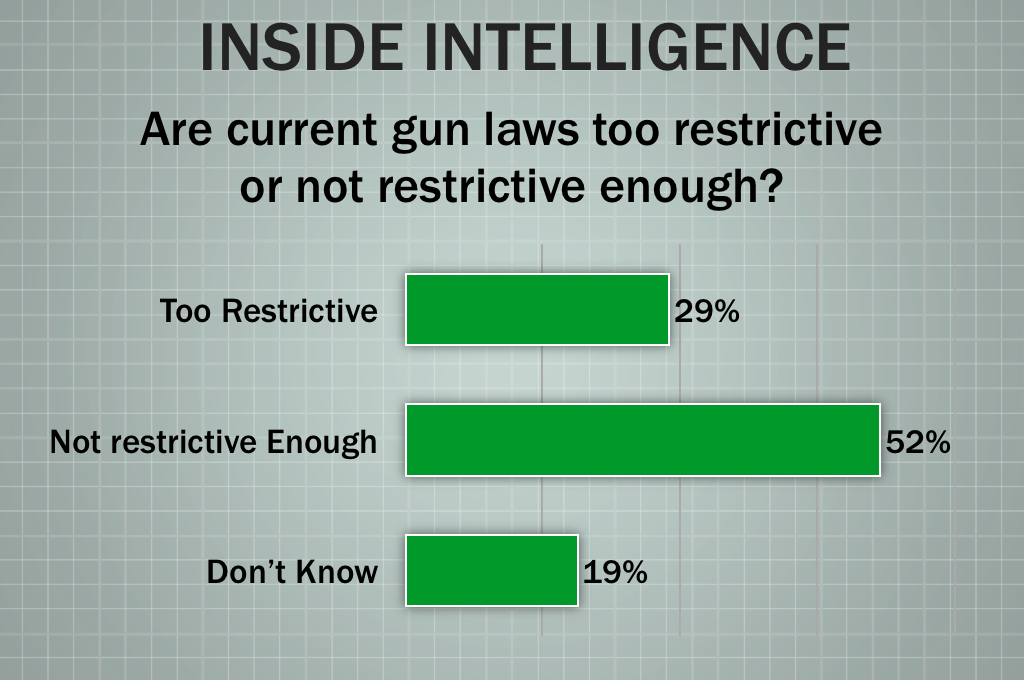 • "On certain assault rifles and availability of armor piercing bullets."

• "Broad issues related to this question. Access to guns and ammo? About right, I think. Ability to protect one's self? Too restrictive. The theater was a gun-free zone. CHL holders were prevented from protecting themselves by an overly restrictive law."

• "They are just fine where they are. You didn't have that option."

• "Buying 6,000 rounds of ammo and multiple assault rifles in a 60 day span should trigger some type of reasonable intervention."

• "Closing the gun show and Internet loophole is not too much to ask, is it? I love to hunt, but I don't need an AK-47 to bring a deer down. There is no sport in that."

• "Texas went through this back in 1999 after Columbine, and I don't think much changed afterwards in regards to being able to purchase guns." 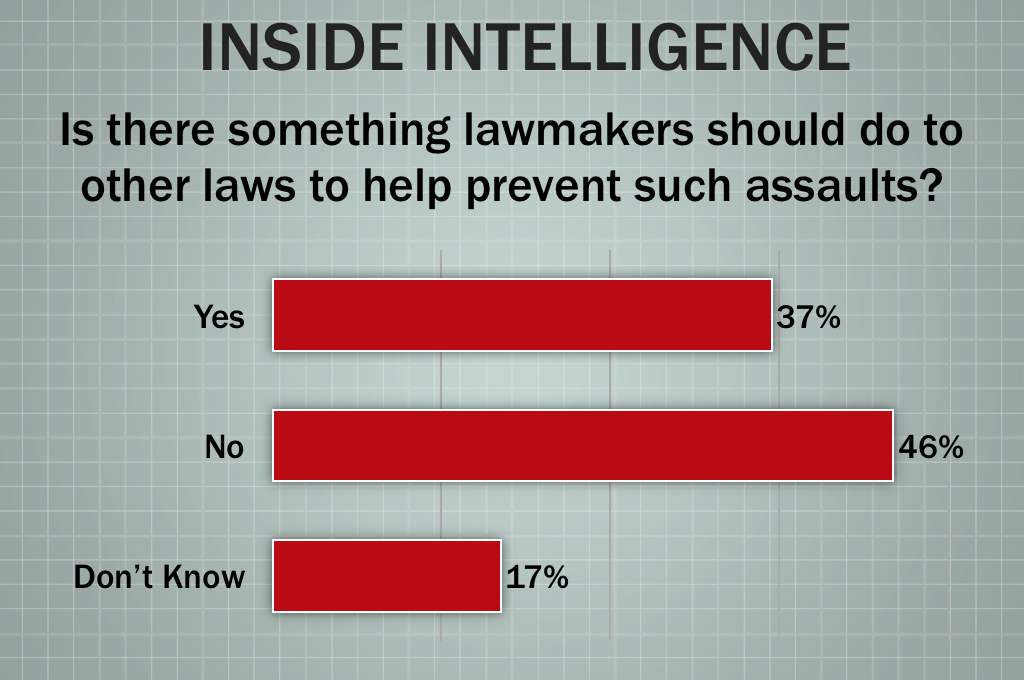 Is there something lawmakers could or should do — not involving gun laws — to help prevent assaults like this?

• "You can't legislate someone from being crazy."

• "Fund mental health programs. Might not have prevented this one, but there's no denying that most of these shooters are ill."

• "There is nothing anyone can do to stop a mad man or stupidity. The day after the crazy in Colorado killed 12 people, a stupid person with 28 people in a truck hit a tree and killed 14 people. No one is calling for vehicle regulation or stupidity regulation. The Government cannot protect us from the exceptions to the rules."

• "Purchasing guns through the Internet has become a hot topic recently. If anything changes, it may start with regulations over the ability to freely purchase weapons online without any background checks."

• "Build a culture of nonviolence, how about? For starters, legislators and partisan hacks could realize that their vicious, hateful interactions, on display in the media 24/7, create a poisonous environment perfect for incubating destructive impulses. See: "Children Learn What They Live." And then they grow up and kill people."

• "Not to get global about local, individualized incidents"

• "No need for knee-jerk, feel-good action. This was a tragedy. No need to politicize it. Not every event should result in additional laws."

• "Acknowledge that neither government nor law enforcement can protect citizens from deranged individuals intent on inflicting injury. Encourage citizens to own a weapon, learn to use it and keep it with them."

• "Get rid of automatic weapons for starters. Track multiple gun purchase, and make sure law enforcement knows about them."

• "No changes in law are needed. In terms of industry, Movie theaters should put alarms on exit doors so ushers know if they have been propped open. Legally, everything is already in place to handle this. The system will either convict this guy of mass murder and put him away or declare him criminally insane and put him away."

• "I believe we should develop a set of characteristics associated with those who commit these type of crimes and allow educators to profile and report such candidates for counseling."

• "Society cannot prevent sociopathic behavior. It can try to recognize it and protect itself by attempts at prevention and removal of those individuals from our society."