The insiders continued their forecasts on runoffs again this week, looking at incumbent House members who find themselves in reelection runoffs. Overall, the insiders are sticking with the incumbents, but they're closely divided in a couple of races.

Most, 74 percent, think Chuck Hopson will win his runoff, and 57 percent think Jim Landtroop will win his. Sid Miller got a confidence vote from 54 percent, and J.M. Lozano is favored in his race by 52 percent of the insiders.

We've included their verbatim comments on the races below:

Who do you think would win an HD-11 runoff held today?

• "One thing I know for sure:  you should never count Chuck Hopson out."

• "Landslide Hopson has endured nothing but close races!"

• "The grassroots are unhappy with Hopson's LIBERAL votes and don't trust his party change."

• "Hopson is at his best as a politician when his back is against the wall."

• "The sheriff's race in Nacogdoches is over and will not bring out the same turnout for Travis; therefore, Chuck wins."

• "Republicans won't turn out in a runoff to vote for a Democrat over Clardy.  They remember." 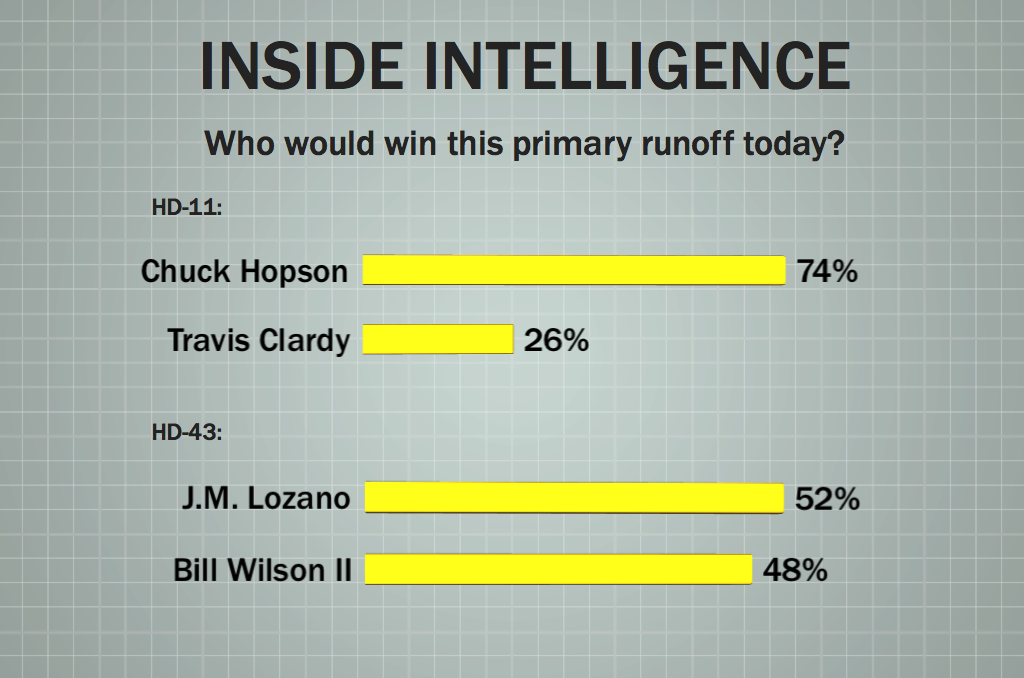 Who do you think would win an HD-43 runoff held today?

• "Will the curse of the Spanish surname rise again in a Republican race?"

• "Does JM have enough consultants?"

• "This one is a tough race to call. We just don't know how the Lozano name will affect the outcome. It's tough to be an Hispanic candidate in GOP primaries."

• "Lozano will soon have more time to rock his son to sleep."

• "J.M. ran a crappy campaign.... fired his campaign consultant (Murphy/Turner should have been fired months ago!) And J.M. is now trying to find his message. Too little too late. Bill wins."

• "Wilson wins is the is the opinion of smart S. Texas politicos"

Who do you think would win an HD-67 runoff held today?

• "What world do we live in when Sid Miller is no longer seen as conservative enough?"

• "If Republicans don't stand for cutting education while forcing paternalistic laws upon sexually active women, then the world has no meaning anymore."

• "Sheffield wins as part of the new district was held by Ralph Sheffield...people don't know this other new name (miller) and will vote again for the same person they have been voting for (Sheffield; although the wrong person). Sheffield wins." 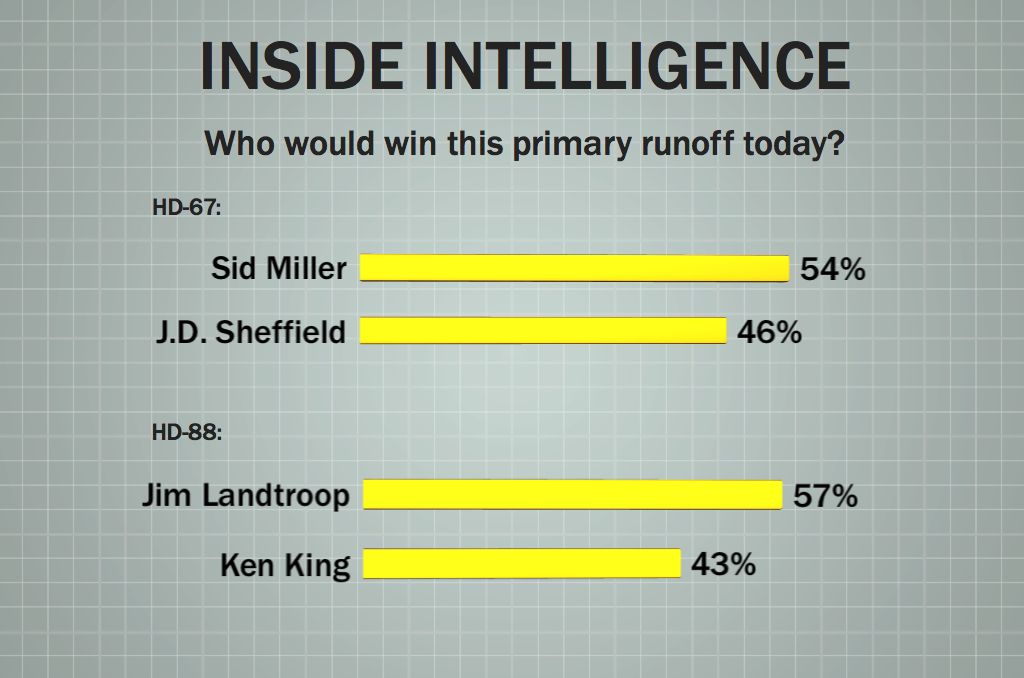 Who do you think would win an HD-88 runoff held today?

• "The population center-if you can call it that-in this remote W. Texas district favors King."

• "I think Landtroop's lack of true South Plains connection plays against him, finally."