Finding a difference of opinion on the top of the ballot runoff races wasn't easy with the insiders this week; they're largely in agreement. Whether they're correct is another matter, but we asked them to predict the outcomes of some of the races.

The short form? They think David Dewhurst will beat Ted Cruz in the Republican primary for U.S. Senate and that Paul Sadler will beat Grady Yarbrough in the Democratic primary for that office.

The insiders chose Christi Craddick and Barry Smitherman to win the Republican runoffs for two seats on the Texas Railroad Commission.

Most think Texas Supreme Court Justice David Medina will fend off a challenge from Houston Judge John Devine in that GOP runoff.

And 58 percent think Sen. Jeff Wentworth of San Antonio will beat Donna Campbell of New Braunfels in the GOP runoff for Wentworth's spot in the Legislature.

We've attached the full set of verbatim comments from this week's participants. Some samples follow. 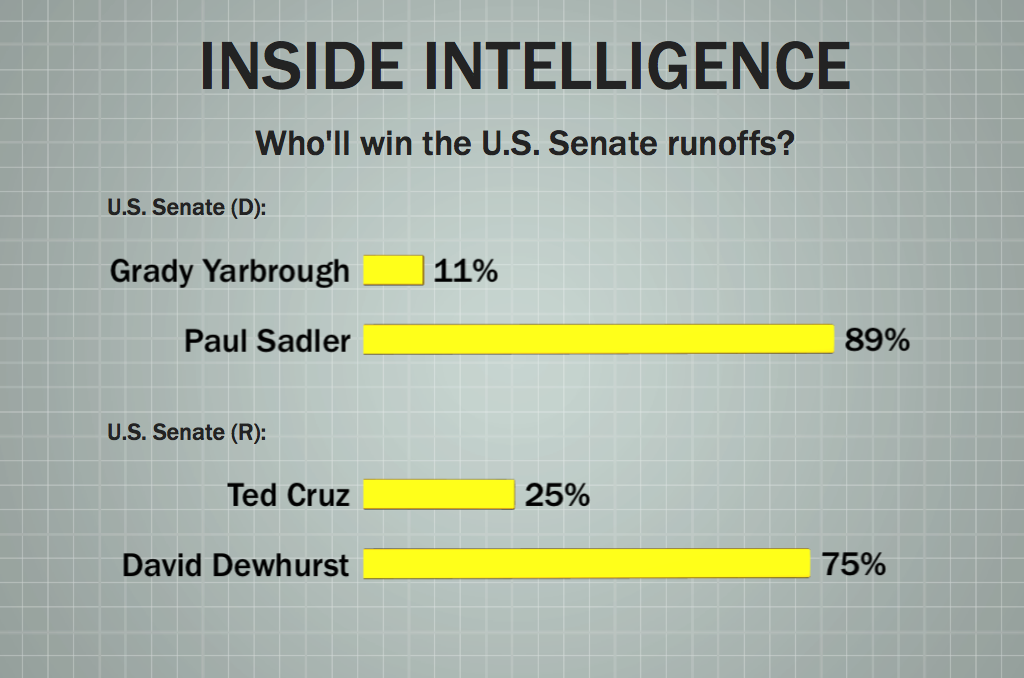 Who do you think would win a Senate runoff held today?

• "The late runoff date rewards the candidate with the greatest intensity of support. That argues in Cruz's favor."

• "Dewhurst will get 60% of the Leppert vote. Cruz is maxed out and turnout will be high."

• "With the Paul fanatics needing a place to call home, Dewhurst is in for a long, hot summer."

• "Assuming Dallas mainstream voters return to the polls and the Dew holds his base."

Who do you think would win a Senate runoff held today?

• "If the Ds had their act together, this run-off wouldn't be necessary. This run-off says more about the state of the Texas Democratic Party than the name ID of either Sadler or Yarbrough."

• "I think older Democrats thought they were voting for Ralph."

• "Perfect example of why the Ds are still not ready for prime time when it comes to statewide races." 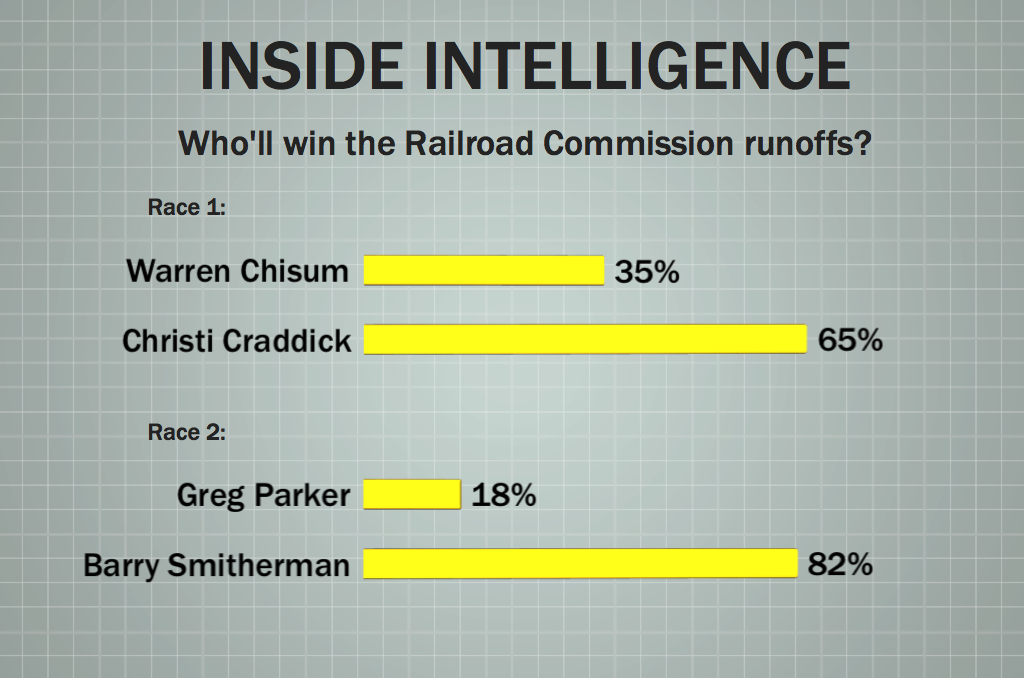 Who do you think would win a Railroad Commission runoff held today?

• "I sure hope people look to those who've been involved in the business, rather than an attorney."

• "Daddy's money is the best kind of money."

Who do you think would win a Railroad Commission runoff held today? 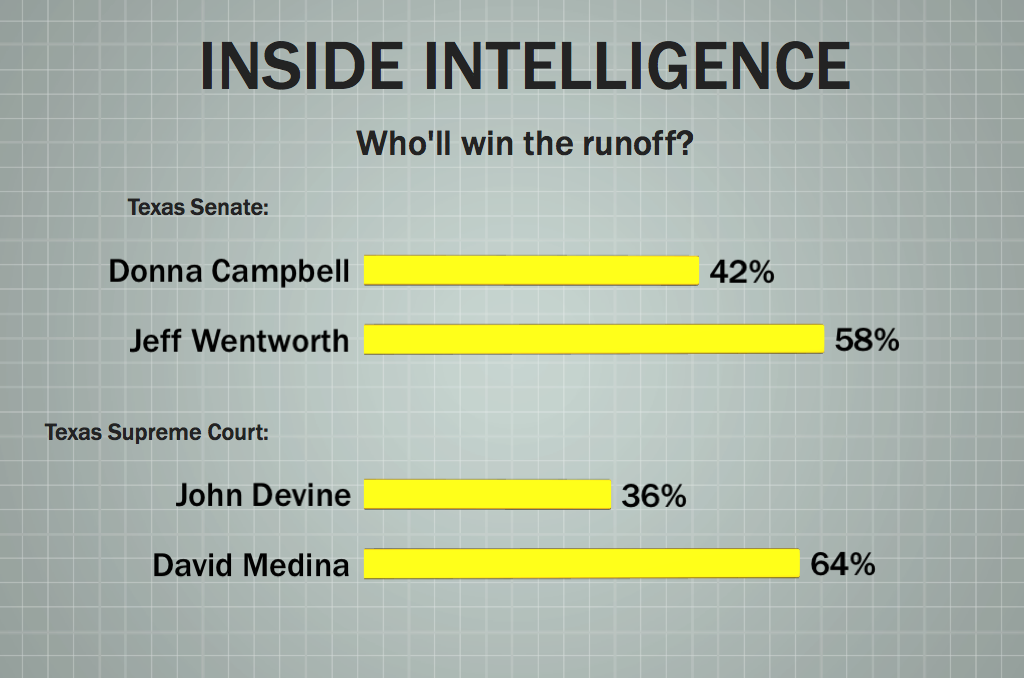 Who do you think would win a Supreme Court runoff held today?

• "Medina may suffer the same fate as Xavier Rodriguez."

• "I think Devine's voters will turn out. There's no enthusiasm for Medina."

Who do you think would win a Texas Senate runoff held today?

• "Nearly two-thirds rejected Wentworth in the primary...that spells trouble for an incumbent"

• "The people want a committed CONSERVATIVE, not a tired politician."

• "Campbell may have peaked. Not sure she's got more votes out there."

• "San Antonio will not give up its Senator for an outsider."

• "Jeff would lose, which is slightly different from Donna winning."