With the first round of the primary elections behind us and the picture of who'll be in the Legislature a little clearer than it was, we asked the insiders for their take on the results and for their predictions about how the leadership votes at the beginning of next January's legislative session will go.

Joe Straus isn't in any trouble at all, to hear the insiders tell it. All but seven percent think he's on his way to reelection to another term in that post.

Who's the favorite? Tyler Republican Kevin Eltife, with 60 percent, followed by Sens. John Carona of Dallas and Robert Duncan of Lubbock, with 15 percen each. Everyone else together — we asked about all of the incumbent Republicans who are returning for another term — collected a combined 10 percent of the votes.

As always, we've attached the full set of verbatim comments from the insiders. Here's a sampling: 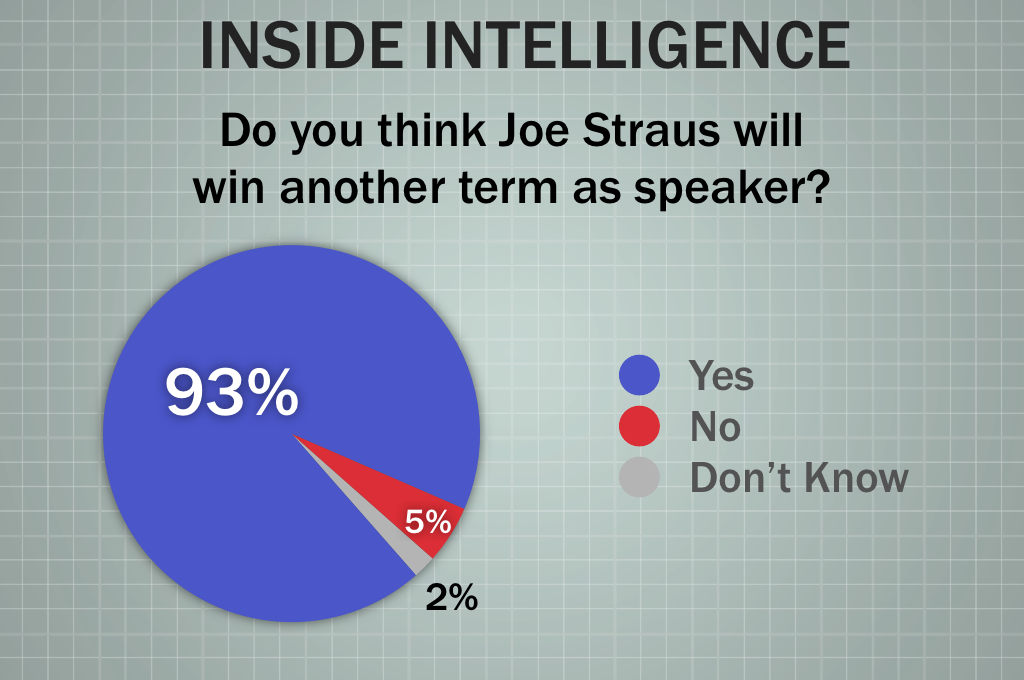 Do you think Joe Straus will win another term as speaker of the House?

• "Noisy outsiders are just that. The majority of members appreciate the Speaker's leadership style and integrity."

• "As has been the case for years, the incumbent is protected by low quality of his challengers."

• "While he has suffered a few losses in the primaries, those should be made up for by several new Democrats being in the House in January. Where else are Ds going to go?"

• "Its hard to take a challenge by a trial lawyer seriously."

• "Straus has confidence of members and they like how he runs the House."

• "He lost the Dems in 2011, and he lost some Republican support in the primaries when it was clear just how exposed he had left his own members. And if there's one rule in politics, it's not to expose your members. It leaves them dangling."

• "I honestly can't believe the media continues to make this a story. Barrack Obama could file for Speaker and you guys would call it a race." 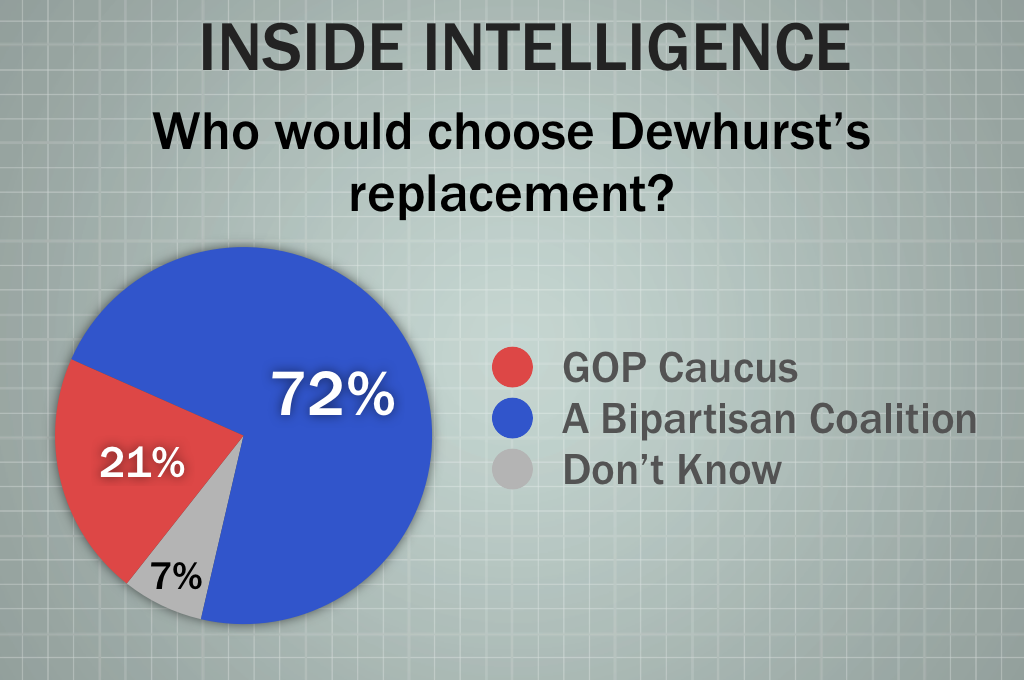 Who would you say is the frontrunner in the race to fulfill the remainder of David Dewhurst's term as lieutenant governor if he leaves?

• "It's down to Carona and Eltife; either are good for business. Te Party types won't be pleased but who cares. The catch is who can make Democrats most comfortable."

• "This will be a good one. Lots of maneuvering going on behind the scenes. Carona is playing the Democratic and centrist Republican card, and has to be ahead now"

• "Sen. Eltife is likable and respected. He has the reputation of his yes being a yes and his no being a no."

• "Patrick smoked out Carona through his machinations. Eltife has smartly kept his powder dry."

• "But the likeliest lieutenant governor going forward is Dewhurst himself!"

• "That's assuming Dew can win. The odds are that the person entering the runoff with the lead usually looses. I'm sure Carney is READY!"

• "Senator Carona brings a wealth of experience, wisdom and strategic thinking to a job that desperately needs an elected official that does not pander to the extremist right wing faction." 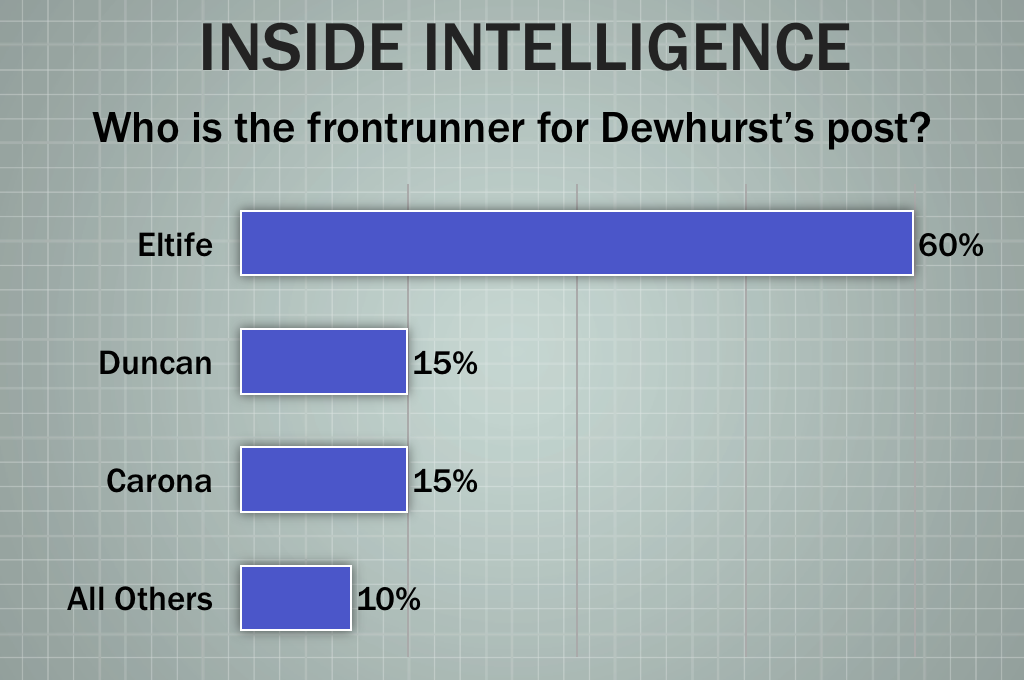 Will Dewhurst's replacement be chosen by the GOP caucus or will the Democrats have a voice in the selection?

• "This will be the beginning of a battle royale in the next election cycle."

• "Depends on how rabid the GOP winners are."

• "There will be a power struggle between the republicans and it will linger throughout the session."

• "As the Primary indicated, Republicans are the new Democrats--infighting and back biting prohibit consensus."

• "Since Dewhurst is going to be Lieutenant Governor, there's no need to speculate"

• "The Caucus will not be able to determine a consensus candidate rendering themselves powerless."

What's your take on the election results? What's it mean for the House and the Senate?

• "Move to the right in both houses is a precursor to more DC style partisanship in the legislative process."

• "No more ability to kill crazy stuff in the Senate. Of there are 75 sane members of the House, they can run things."

• "As for the House, mixed results. Many of the Speaker's closest lieutenants are leaving, but many of the newly elected members will be loyal to Speaker Straus, as well. The fact is, however, that with so many new faces, much like last session, things will move slower and there will be a steep learning curve. Those with seniority and experience will find their influence has increased. As for the Senate, it will become more conservative, it appears."

• "Trial lawyers will have less influence in Senate requiring democrats and others to fight harder on those issues. House will be a learning process with more power to experienced vets."

• "Initial impressions would suggest that the senate at least made a pretty sharp turn to the right. As for the west side, it would seem that the speaker will have his hands full finding new leadership. I'm sure the talent is there, but it has not surfaced yet."

• "Good for Straus. Losing Chairs means he gets to give them to somebody else. Look for someone who voted against him the first go round to get a Chair. Senate is a tougher body. Look for the House budget priorities to win the day."

• "More partisan and ideological rancor in both houses. Perry compounds it."