Texans remain strongly in favor of the death penalty and nominally in favor of abortion rights and medically assisted suicide, according to the University of Texas/Texas Tribune poll.

Voters' overwhelming support for the death penalty remains intact, with 73 percent either somewhat or strongly in support and only 21 percent opposed.

"We have had dramatic support for the death penalty for a long time," said poll co-director Jim Henson, who teaches government at the University of Texas at Austin and runs the Texas Politics Project. "And given an alternative, there's not a wholesale rush for the exits." 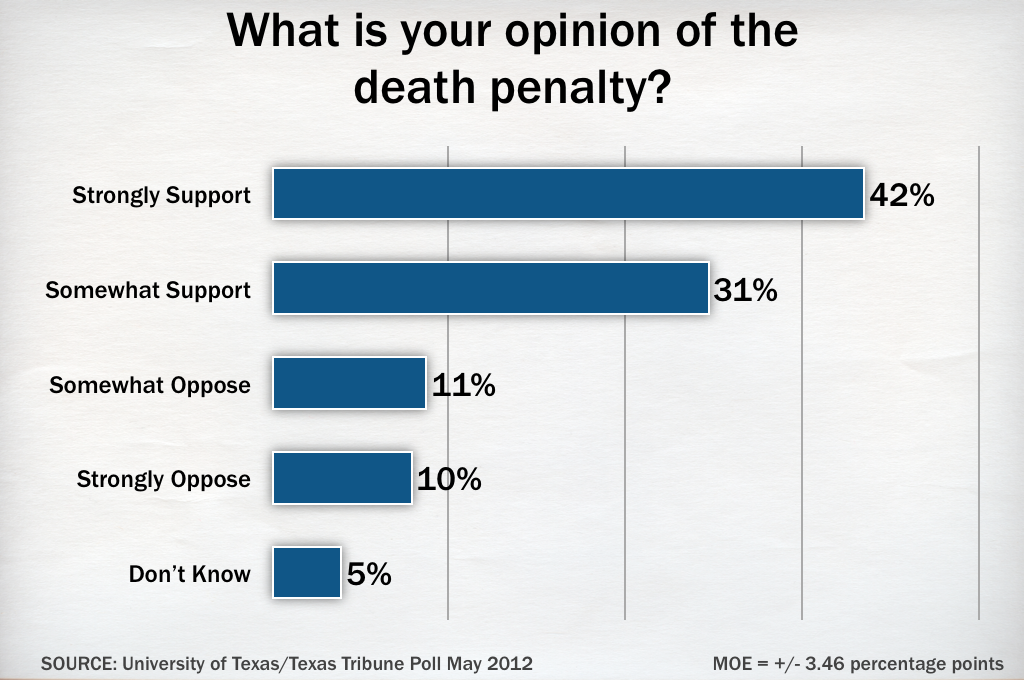 A 51 percent majority thinks the penalty is fairly administered in Texas, 28 percent said it is not fairly applied, and 21 percent said they didn't know or had no opinion.

"They're pretty strong proponents of the death penalty," said Daron Shaw, a UT-Austin government professor and co-director of the poll. "But you've got a lot of other people who are pretty hard on crime but aren't sure the death penalty works."

"We're nominally a pro-choice country, and this looks like the state is in line with the rest of the country," Shaw said. 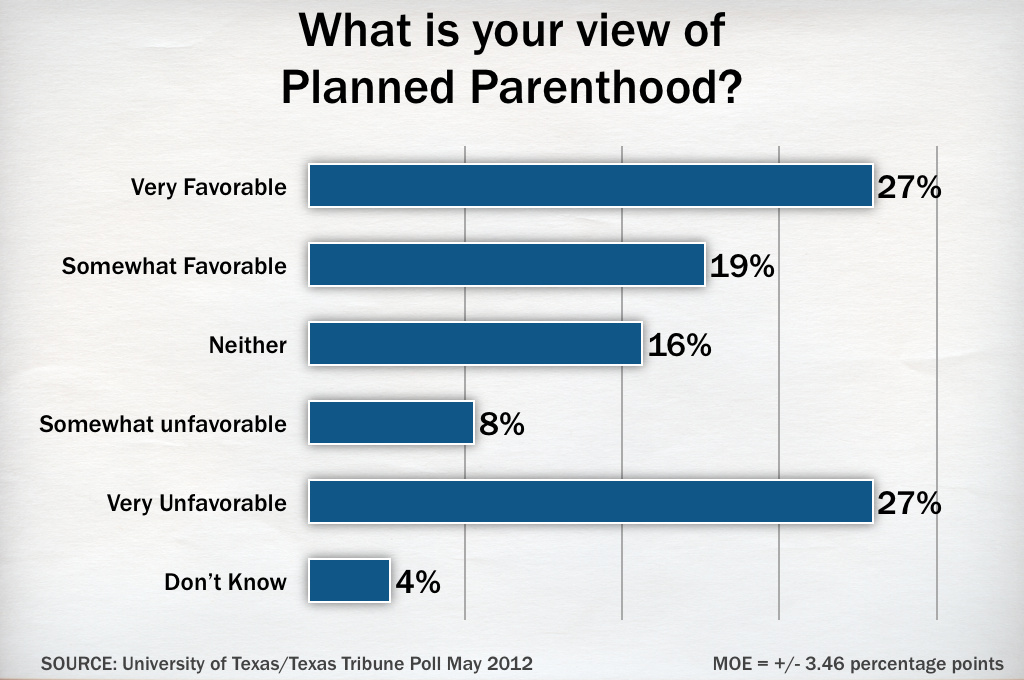 "Over 50 percent have strong views of Planned Parenthood, and they're split down the middle," Shaw said.

Henson contrasts the issue with another question in the survey about voter support for anti-tax pledges. Those are very popular with conservatives and much less so with other groups. But in Republican primaries where those voters are most important, those pledges can boost candidates. 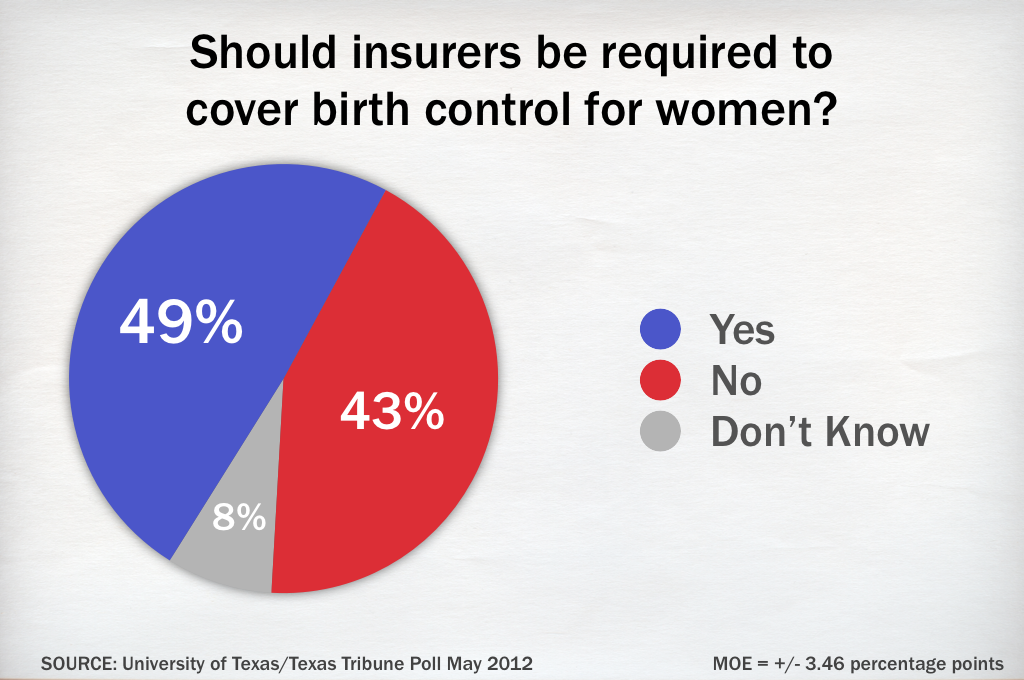 Should insurance companies be required to cover the costs of birth control for women? Almost half of Texans, 49 percent, said yes, while 43 percent oppose that idea. The cross-tabulations of those results show significant lines of disagreement. Women favor the idea; men don't. Liberals favor it; conservatives don't. Minorities favor it; Anglos don't.

Medically assisted suicide — doctors prescribing lethal doses of drugs for terminally ill patients — would be okay with 45 percent of likely voters in Texas, while 34 percent disapprove of that idea.

The UT/TT internet survey of 800 Texas voters was conducted May 7-13 and has a margin of error of +/- 3.46 percentage points. The numbers in the charts might not add exactly to 100 percent, because of rounding. And "likely voters" were defined as those who indicated they were "somewhat" or "extremely" interested in politics and who voted in "every" or "almost every" election in recent years.