This week, we picked up where we left off last week, asking about ten of the hot primary races involving incumbents in the Texas House. There weren't many comments this time, but there's a whole lotta forecasting going on.

And they've got some incumbents on the losing side in their prognostications: Wayne Christian, R-Center; James White, R-Hillister; and Marva Beck, R-Centerville. 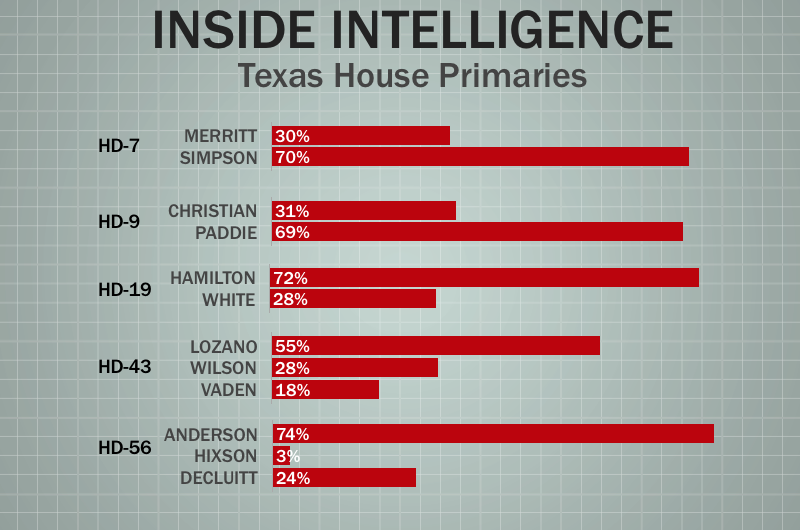 We asked for general comments, and received just a few:

• "Great opportunity to get rid of these incumbent crazies who are ruining the Republican Party."

• "The uncertainty caused by redistricting, a presidential race that is likely to be highly divisive for the country, continuing concerns about the economy, and an overall discontent with elected officeholders will likely lead to some major surprises for the conventional wisdom of the lobby in some of these races."

• "The most conservative will win because Texans are weary of debt and abusive spending."

• "If ifs and buts were beer and nuts we'd have more nuts than beer in this primary."

• "You forgot to include a 'none of the above' option in HD-146. Between Al Edwards and Borris Miles, I'll take an empty chair." 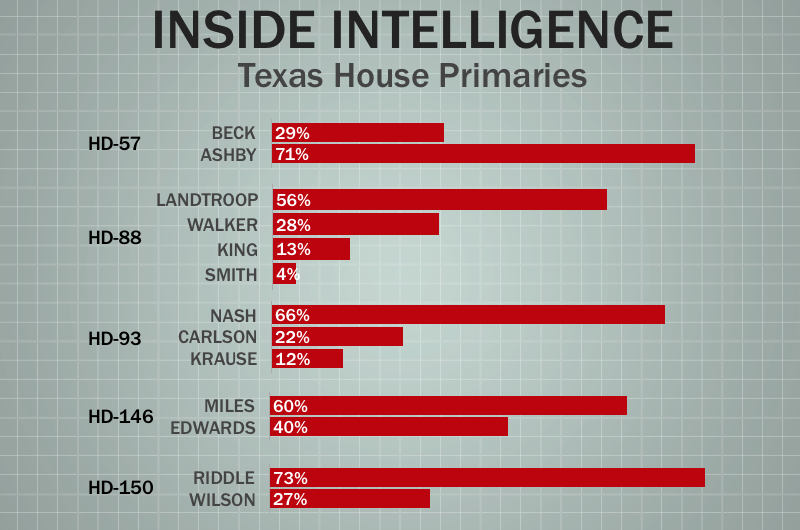