The insiders gave us some straight predictions this week, and they were split in a couple of hotly contested races and remarkably aligned in others. We'll do Texas House races later on, but this week, we asked about the federal and state Senates, and about the Texas Railroad Commission.

Nine in ten insiders think David Dewhurst will win the GOP nomination for U.S. Senate next month. Ted Cruz was next, at 8 percent, followed by Tom Leppert, with 2 percent. Nobody else got a vote.

State Rep. Warren Chisum, R-Pampa, is a 3-to-2 favorite over Christi Craddick with the insiders. Houston attorney Roland Sledge is the favorite of 5 percent of the insiders.

We collected comments along the way and the full set of those verbatim answers is attached. As we do every week, we've included a sampling below. 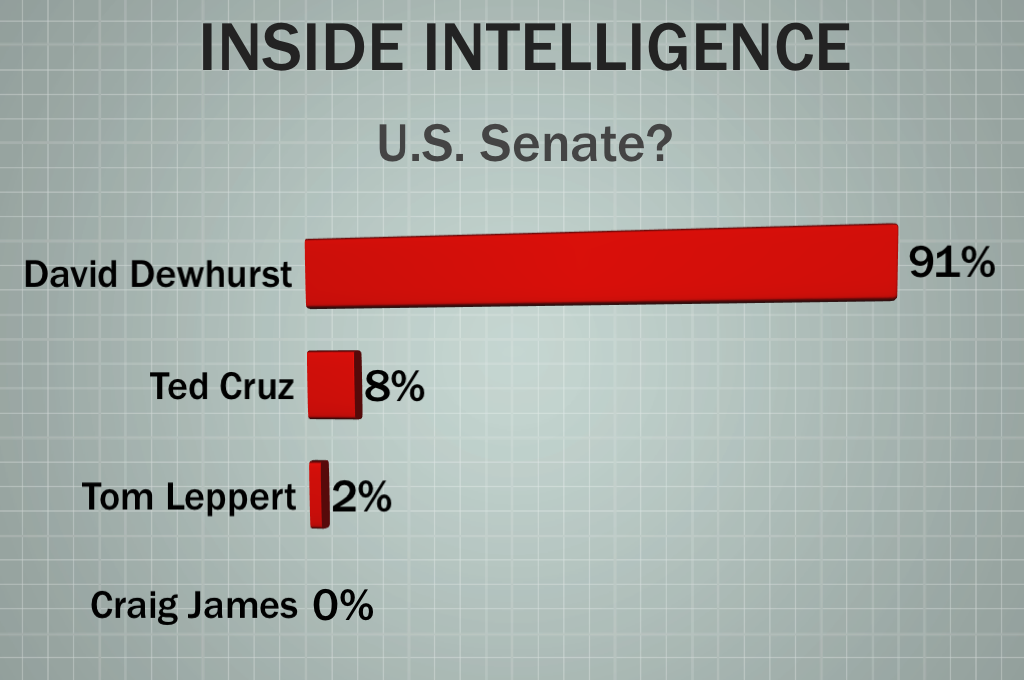 • "Dewhurst may win without a runoff"

• "Cruz needs to make a big move, and now, to keep his Tea Party base energized and bleed off some Chamber of Commerce Rs from Dewhurst."

• "Has this race ever been in doubt?"

• "Without Santorum at the top to pull out the MOST conservative voters, Cruz will not win."

• "But if Ted Cruz gets into the runoff all bets are off and Cruz could win in a low turnout, base election July 31."

• "An outright win is possible, but unlikely if/as Leppert pours on the cash."

• "Too many people want Dewhurst to leave Texas for him not to win.  Apologies to Mr. Cruz, who would make a great Senator." 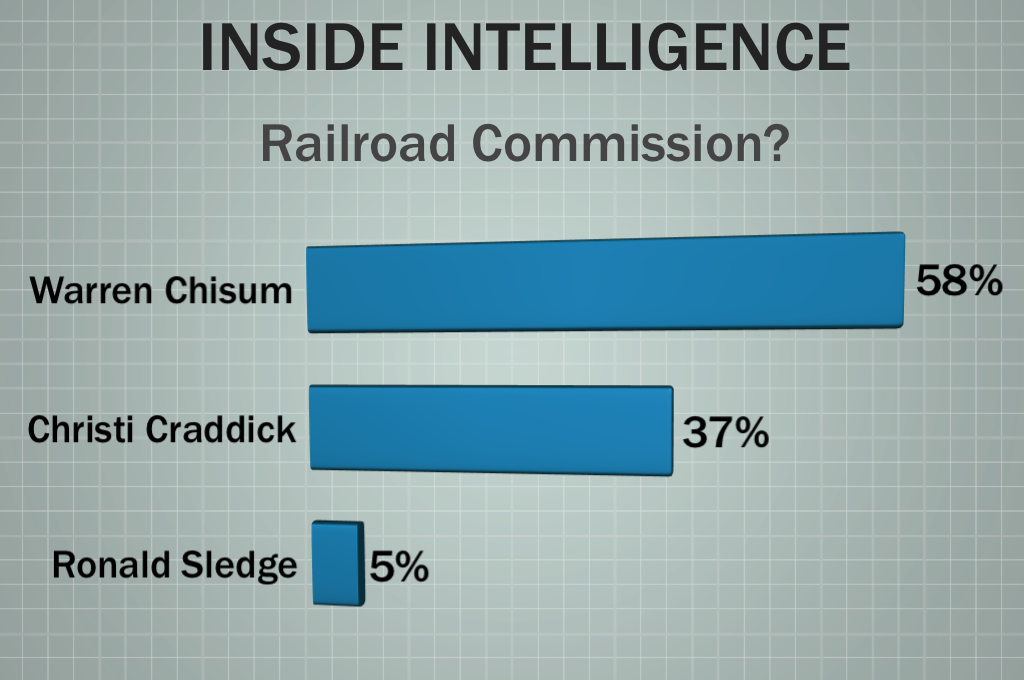 Who will win this Railroad Commission primary?

• "Warren is working hard as we would expect he would"

• "Who would voters trust more than a good 'ol boy from West Texas?"

• "The most important industry in Texas needs the best EXPERIENCE, rather than another POLITICIAN."

• "Daddy's million will put her over the top but she is doing very well on her own."

• "Daddy's name and daddy's money will get this lobbyist elected"

• "The only woman with the last name Democrats hate? Yes, please." 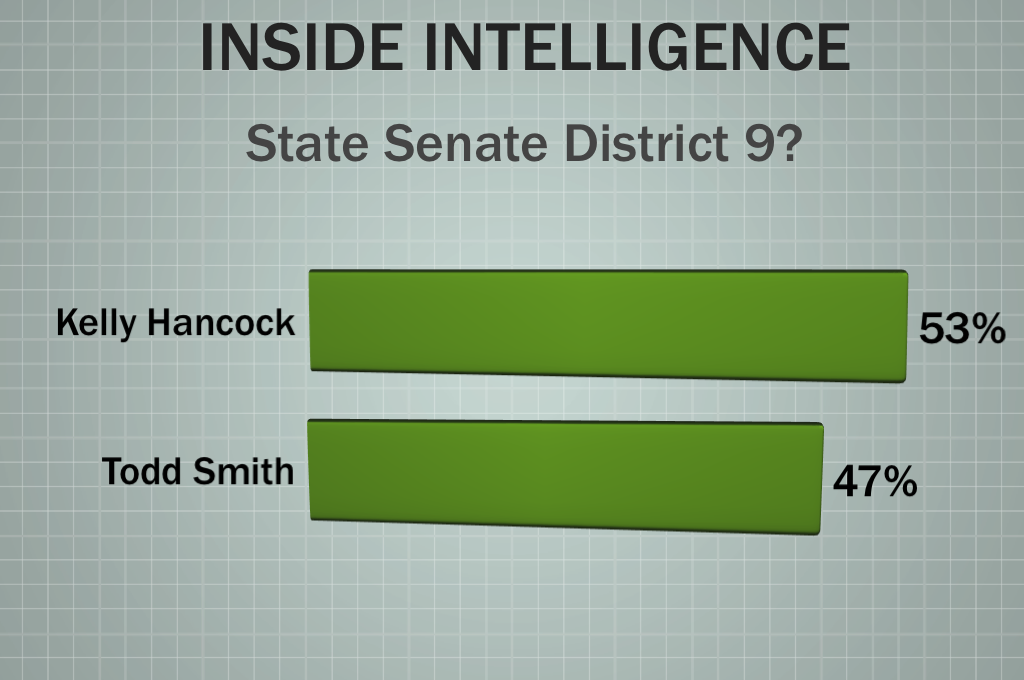 Who will win this (SD-9) state Senate primary?

• "CONSERVATIVES will win Texas primary elections across the board."

• "Conservatives will finally get rid of Todd...finally."

• "Hancock is aggressively ignorant. Let's hope that doesn't play in SD-9 these days."

• "Hancock has the network and enough gravitas to pull it off"

• "This is a good one.  If Kelly wins, it's because he looks like Joel Osteen."

• "Kelly's arrogance will finally catch up with him." 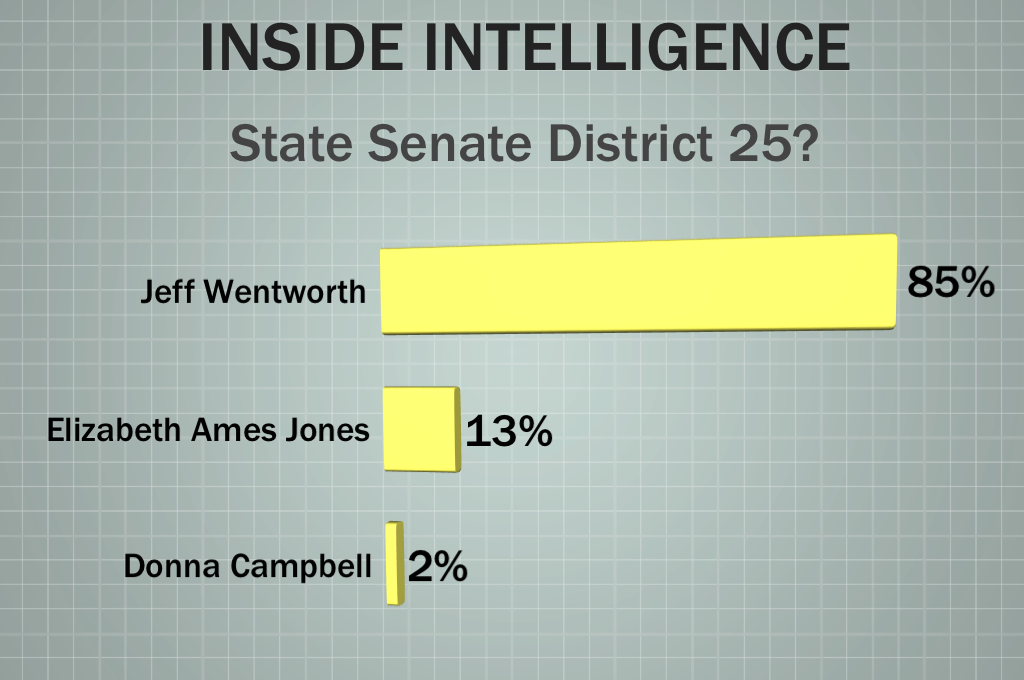 Who will win this (SD-25) state Senate primary?

• "Everyone agrees that Wentworth needs to go. Why replace him with a Wentworth-LITE candidate?"

• "Hard to beat an incumbent in Texas."

• "This is Wentworth's to lose, but he knows how to fight his way to the top."

• "Elizabeth Jones is being underestimated.  She is well known, as is her husband, in conservative Hayes County, which makes up the bulk of the district."

• "Sen. Wentworth is just out of gas.  He doesn't want the job any more, and maybe it's time it goes to someone who does."

• "TLR breaks the first rule of politics "don't let your personal feelings get in the way of your politics"."

• "Hard to beat even this long time incumbent." 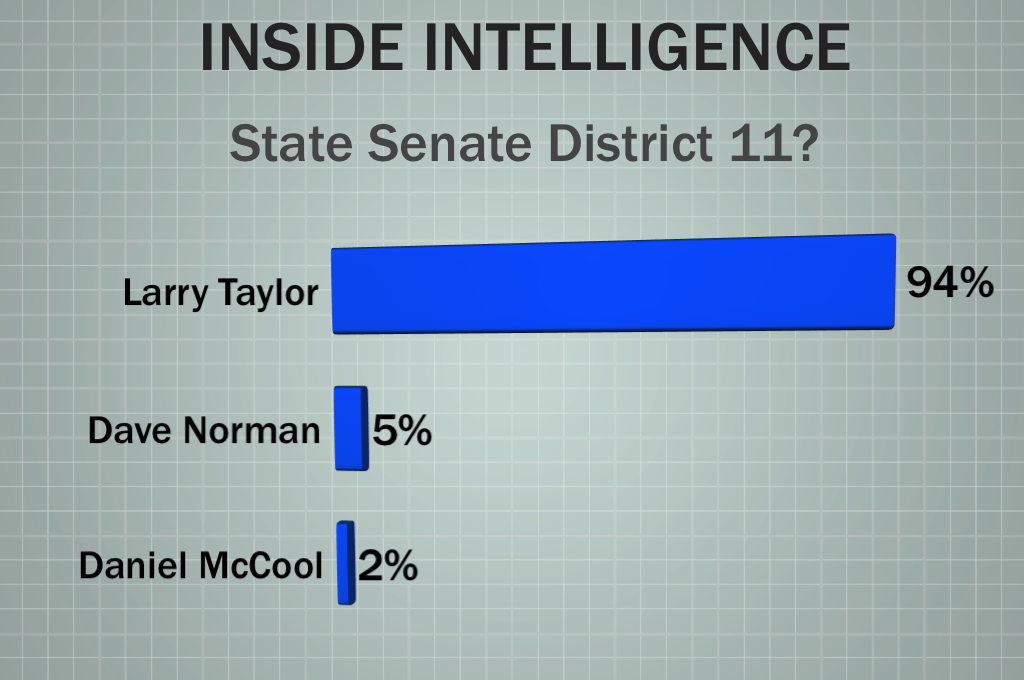 Who will win this (SD-11) state Senate primary?

• "Never heard of any of them, so again who cares."

• "Troy Fraser will soon have competition... of a sort."

• "Taylor walks away with this.  No runoff."