The Texas primaries are two months off, so we checked in to see what the insiders think the Republicans will do in the presidential race. Rick Santorum was the overwhelming favorite, with 71 percent saying they think he will prevail in Texas (we asked for their predictions and not for their preferences), and 26 percent choosing Romney.

That led to our next query, which also got an overwhelming response: 84 percent said there is no chance the Republican nominee will name Texas Gov. Rick Perry as the vice presidential candidate.

Finally, we asked about another topical news item, to wit, whether prosecutors ought to be held accountable for wrongful convictions. About two thirds of the insiders said yes, while 25 percent said no and 11 percent didn't have an opinion.

The full set of verbatim comments to our questions is attached; a sampling follows. 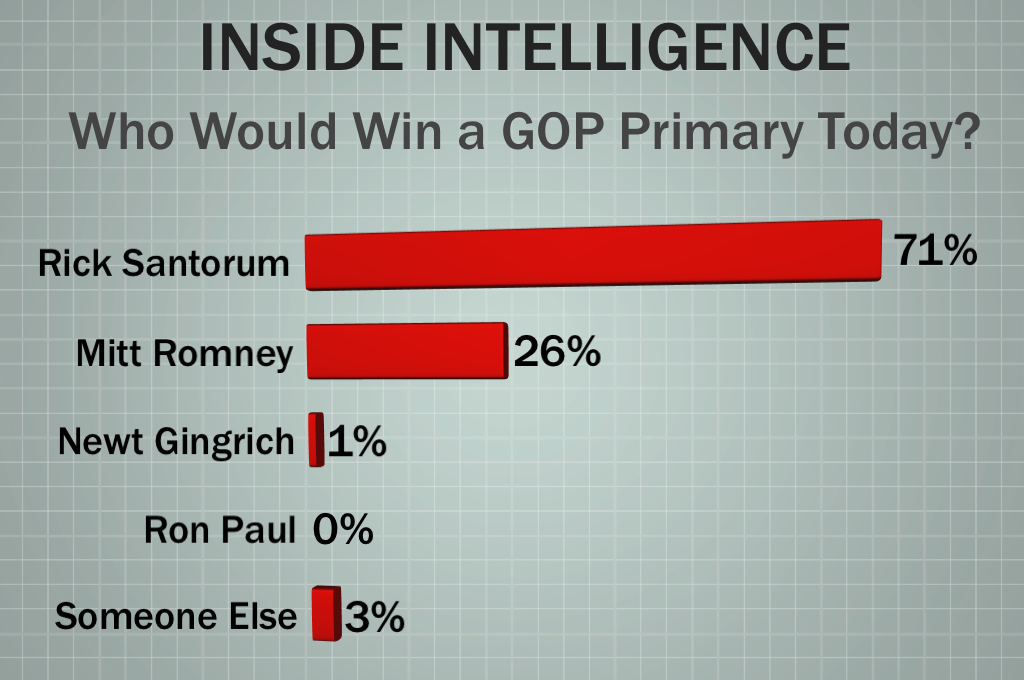 Who do you think would win a Texas Republican primary held today?"

• "Romney. Texans back winners, even if he's not their first choice. Most of my politically astute friends think it's past time to unite behind the eventual nominee."

• "It's clear that about 60% of Americans want someone besides Romney. The grassroots are restless that the 'insiders' would choose Romney. Santorum has proven to be the most conservative candidate left standing."

• "Texas is still slow to move to Romney although the momentum will continue to build. May 29th could be a Romney win in Texas."

• "Santorum still has some fuel left among the evangelicals, but he is dead-candidate-walking. I guess Texas did play a role in the Presidential primary after all. Had we had our primary in March, Santorum would've won and who knows what kind of momentum that would have created for his campaign."

• "This is a strange year. Republicans hate Obama worse than they ever hated Clinton, they have only one viable general election candidate (Romney), yet the 'conservatives' seem content to let him twist in the wind. Interesting days we live in."

• "If it were held today, it would come as quite a shock because no one was expecting to vote on Wednesday, March 28. Given the complete surprise factor, only Ron Paul would be able to get his fanatics out without prior notice. If on the other hand, this was a primary election with proper notice, then Rick Santorum would win because he's won every primary in which the percentage of the electorate that identified itself as born-again or evangelical exceeded 50%." 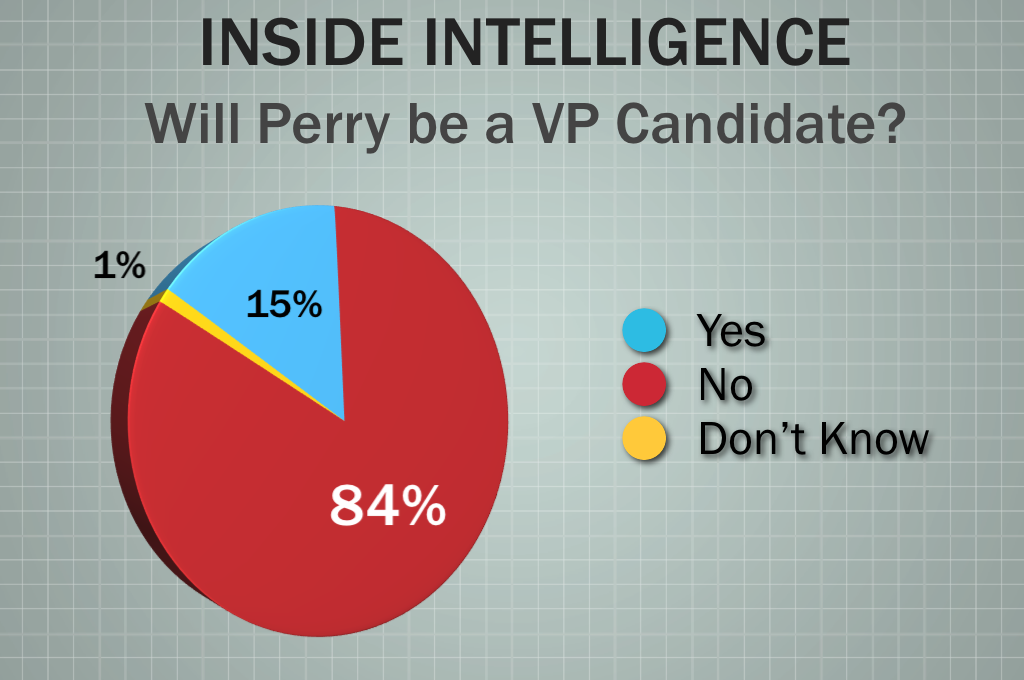 Do you think there is a chance Rick Perry will be the vice presidential nominee this year?

• "You don't recover from that level of a campaign debacle."

• "Maybe a cabinet member if a Republican wins the White House."

• "There are other conservatives who bring a lot more to the ticket than Perry -- he can't talk and his big state is already in the bag for the GOP."

• "Romney will need someone to appeal to the Southern bloc and evangelicals, but it will someone else, like Jindal or Barbour. The GOP doesn't need Dan Quayle, Part 2."

• "There's also a chance I will start at third base for the Baltimore Orioles in the World Series and that Rick Perry and Glen Maxey will get married. So there is 'a chance,' not a realistic one." 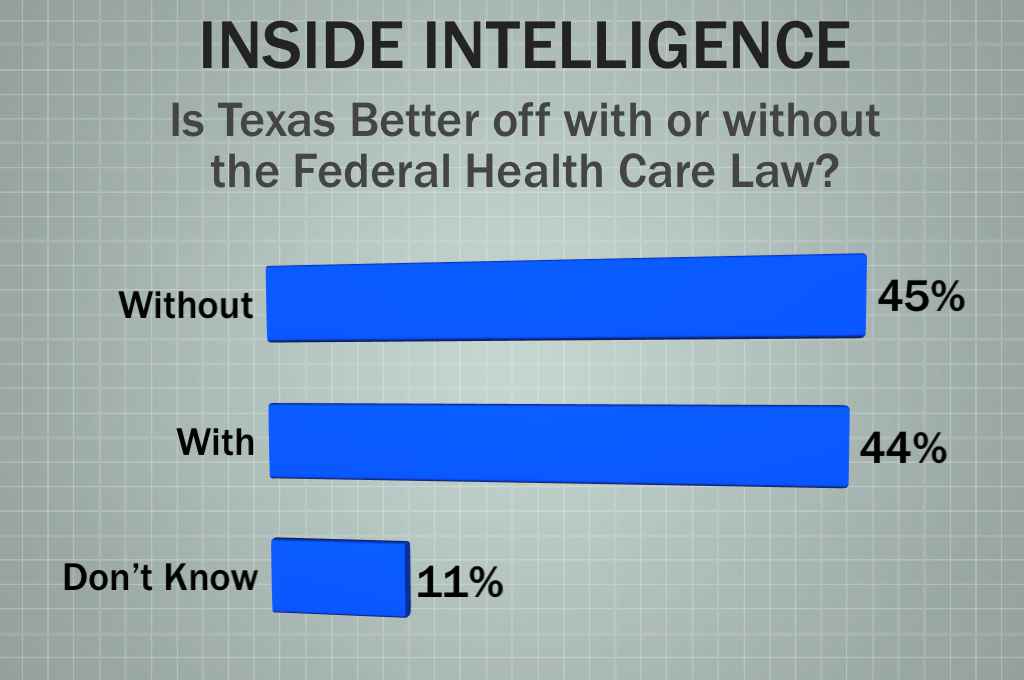 Would Texas be better off with or without the individual mandates in the federal health care law being argued this week in the U.S. Supreme Court?

• "We have one of the highest uninsured populations in the country. Who do you think pays for their healthcare? Those of us with insurance. We'd be better off mandating that they either buy insurance or pay a penalty."

• "Insurance is predicated on the collective pooling of risk. How is it possible to control costs, provide meaningful access to coverage, without everyone in the pool?"

• "As much as I want all folks to have health insurance, I feel that individual mandates would be more burdensome on those that can't afford it."

• "The big impact on Texas is the Medicaid expansion. There are alternatives to the mandate, but insurance companies will back away from other elements of the ACA (guaranteed coverage for uninsurable) without some poled risk mechanism. Democrats benefit if SC strikes the mandate."

• "With so many uninsured, a great many Texans would benefit from the expanded access to Medicaid and subsidies provided to the lower middle class, but the mandate would be a huge affront to the Texas political culture."

• "Federal law requires treatment for emergencies. The question for me is if you don't have health insurance coverage, should you be able to use the system or should hospitals and physicians be required to provide treatment? Right now for automobile insurance, if you drive without it and are in a wreck, you pay out of pocket to fix the car or you don't drive."

• "1 out of every 2 births in the State is paid for by Medicaid. If we do not bring Medicaid recipients into a private insurance program, we have absolutely no chance of controlling costs. This is a no brainer, the mandate is crucial for Texas."

• "Texas would be better off with the individual mandates, but without the Medicaid changes."

• "Until everyone is in, costs can't be contained." 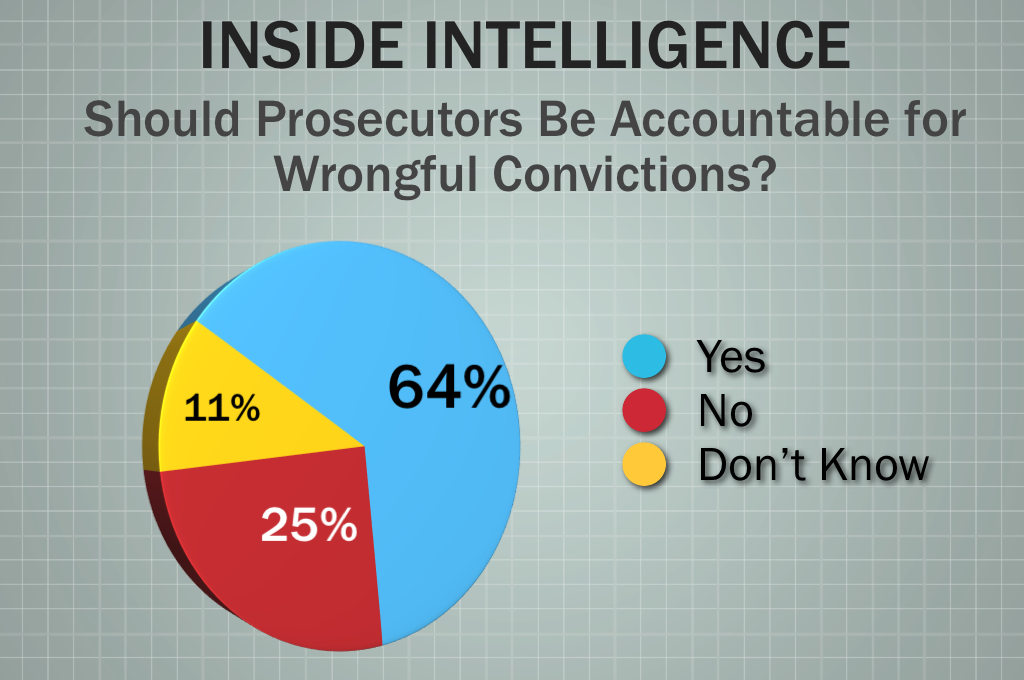 Should Texas prosecutors be held accountable for wrongful convictions?

• "If a prosecutor knowingly withholds evidence then he/she should definitely be held accountable."

• "Wrongful convictions represent a sizable problem in Texas and a major stain on the integrity of our criminal justice system. The performance of prosecutors, judges and other actors in the criminal justice system should be recorded so that problems can be identified, solutions developed and, where necessary, incompetent individuals replaced."

• "Would have said 'No' until Williamson County fiasco."

• "Punishment should be the same as for the wrongfully convicted — the only way to keep the honest."

• "Absolutely . . . the goal should be 'justice', not just 'winning'. These are people's lives. Put the bad guys away . . . including the very small number of bad prosecutors."

• "If wrongful conviction result from willful intent or disregard then subject to criminal penalties. Otherwise, accountable to the voters."

• "Well, was it on purpose or not? If so, then yes; but if a wrongful conviction was unintentional or negligent and could still result in a personal lawsuit, who would ever be a prosecutor if you can be sued for not being perfect? Also, expanding prosecutor liability would be a boon for rich defendants who can threaten their way out of being criminally prosecuted. This is not as cut-and-dried as the media and the ACLU want it to be. Most policymakers haven't studied this issue very closely and should avoid knee-jerk conclusions until they have done so."

• "Prosecutors have operated with no skin in the game for too long."

• "They should not have criminal or monetary liability, but their jobs and their law licenses absolutely should be on the line if their misconduct results in the wrong person going to jail."