We asked the insiders some questions that were also in the University of Texas/Texas Tribune poll this week, seeking their opinions on redistricting commissions, gay marriage and the wealthy among us.

They favor an independent redistricting commission — 58 percent are for it — but many have reservations about trying to take the politics out of politics, saying the commission would have to be appointed by elected officials and pointing out that similar setups in other states have failed to keep politics and lawsuits out of the maps.

We asked the respondents for verbatim comments and have attached the complete set of answers. A sampling follows: 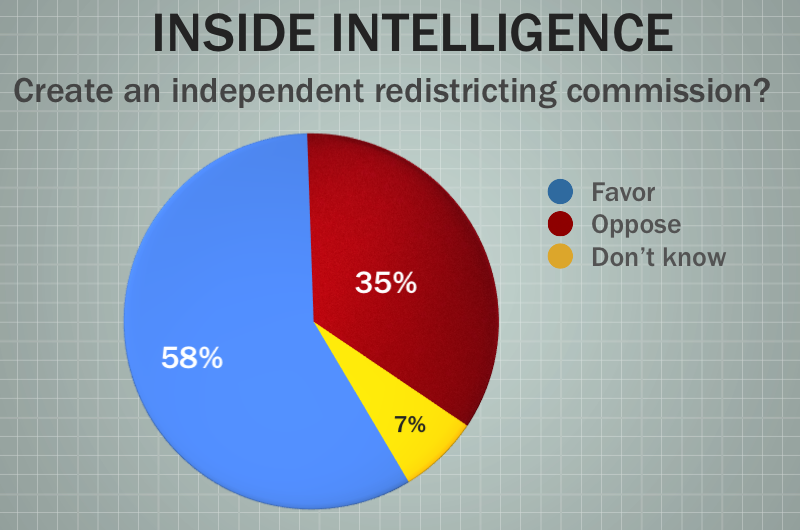 Would you favor or oppose taking redistricting authority from the Legislature and governor, giving it instead to an independent, appointed commission?

• "There's no point and no fewer politics in an independent commission than the current redistricting process. It's not worth the cost."

• "Reforming the redistricting process represents the best hope we have of restoring civil and productive discourse to the state."

• "Taking politics out of redistricting is a farce. There's no such thing as an 'independent' commission. Give me a break."

• "Who will appoint the commission?"

• "Turn it over to someone else.  Not even the BCS computers could screw things up as badly as the Lege."

• "It would be a lot less entertaining, but a lot more fair."

• "Funny. No one every mentioned the concept of an independent commission years ago when the Democrats were in control and drawing the lines to their advantage."

• "Redistricting is a true insider's game.  As a lobbyist, I just don't care about how the lines are drawn; I only want to know what the final districts are so I can direct PAC money accordingly."

• "Why would you do that? Our current system is working so well." 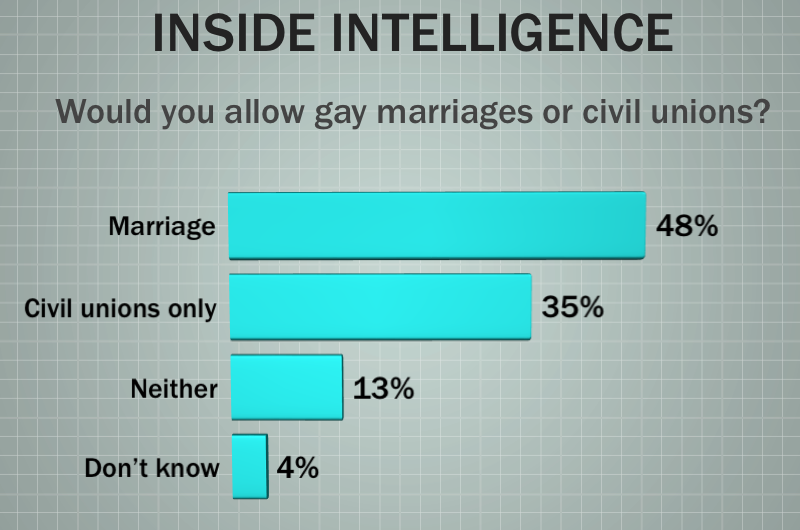 What is your opinion on gay marriage or civil unions?

• "I am sad for the politicians who will have to justify their bigotry to their grandchildren when they explain why they were on the wrong side of history on this issue."

• "Marriage in Texas will always be viewed as a contract between Man, Woman, and God."

• "Many issues that historically have troubled the GLBT community can be handled via contract law and don't need the full force and recognition of marriage.  Two decades of popular culture war/opinion cannot and should not overturn two millennia of Judeo-Christian beliefs and the foundation of Western Civilization, including this country and state."

• "There is no reason to not let them get married.  Love is love."

• "In 10 years it will be considered a basic human right."

• "Religious issues need to be left to the individual and God.  If two people want to enter into a legal arrangement, then why should I care?"

• "To borrow from Kinky Friedman, 'why shouldn't they be allowed to be miserable with the rest of us?'" 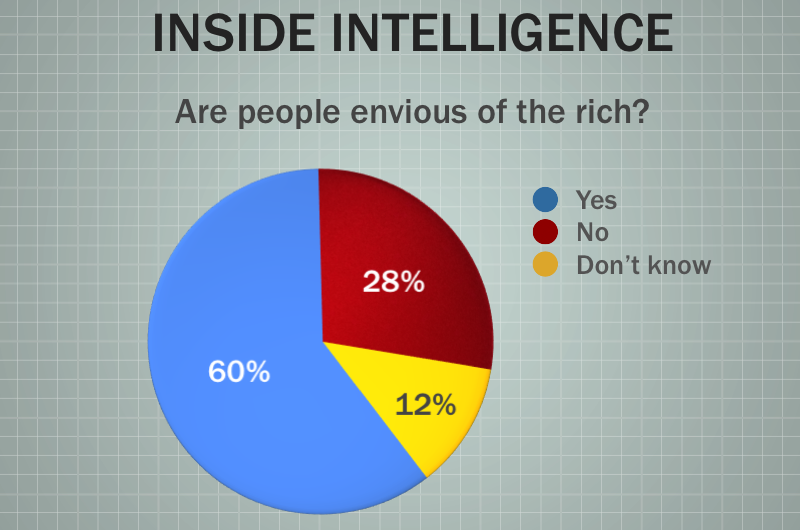 Do you think people who are less well off are envious of rich people?

• "Elected officials seem more afflicted by the envy phenomenon than are the people who elected them."

• "The people who are less well off, who work tirelessly everyday trying to make ends meet are ticked off at those who refuse to work and depend on government. They do not know why the worker is being punished and the lazy are being rewarded."

• "Of course. It's human nature, or else there wouldn't be a commandment about it."

• "A by-product of a generation where everyone got a ribbon or trophy on the soccer team. The Occupy message: 'Why do some people have a lot of money, but we don't?' Get over it! Life doesn't work that way."

• "I think resentment develops when average folks believe some rich folks have gotten that way by bending or breaking the rules."

• "Not unless told to do so by the media, Hollywood, the education system, and politicians.  It is not just liberals pushing the class warfare, politics of envy, populist BS, i.e. Rick Perry, Newt and Ron Paul did/are pushing it too."

• "Of course they are and that is not a bad thing. Envy and greed, subject to appropriate social controls, are strong motivators to performance." 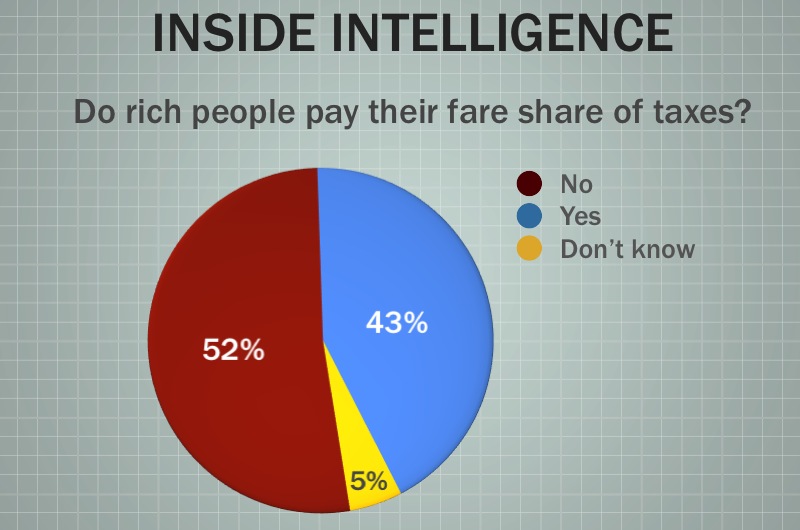 Generally speaking, do you think that rich people pay their fair share of taxes?

• "Rich people pay more than their share by almost any objective measure.  But politically, there's no limit to what 'fair' could mean."

• "Rich people pay their fair share, but that is not to say we don't have to do more to get us out of the very deep hole we are in. We all have to pay more and demand less or else future generations will have to deal with our bad decisions."

• "At this rate we will have tax breaks to electrify the wire around the gated communities by 2020."

• "Lower income people pay cash for things most often and therefore pay a greater percentage of the sales tax!"

• "Half the country doesn't pay any income taxes, while the top 10% of households pay 70% of all income taxes.  On a state level, the rates are less unequal, but the rich still pay more because they pay sales tax on every dollar they spend; spend more, pay more."

• "Wait, not just yes, HELL yes.  My wife and I are considered wealthy or rich or whatever the envious and jealous people call us.  We sat down with our accountant to look at 2011 taxes.  With our property, payroll (we own the business), income, and sales taxes we will be paying 50% or more of what we earn in taxes.  That is sick!"