A program created to help insurance-seekers in Texas cut through the complexities of federal health care reforms is shutting down in April, just 15 months after it opened its call center and years before the law goes into full effect.

Officials with the Texas Department of Insurance say they plan to help fill the gap, but it is unclear whether they can handle what some health experts call a beast of a policy change: millions of new patients will be required to acquire health insurance, and those first-time policy holders will need assistance understanding their rights and benefits.

When President Obama signed the Patient Protection and Affordable Care Act in 2010, a consumer education program was also created. That September, the federal government awarded TDI a $2.8 million grant to start the Consumer Health Assistance Program. 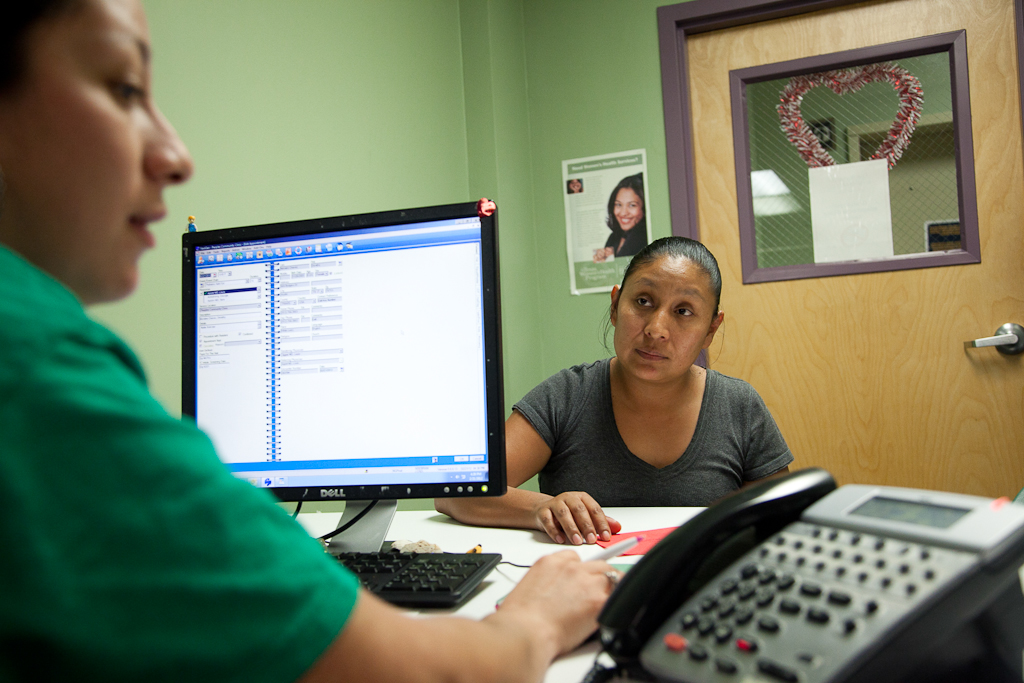 Enlarge photo by: Jeff Heimsath
Nancy Sebrian, a patient service representative at The People's Community Clinic helps Angelina Chavez fill out paperwork. The Community Health Assistance Program, a program that helps Texans get access to insurance, will run out of federal grant money in a few weeks..

As of January, the department reported, Texas CHAP had answered 8,900 calls and resolved nearly 5,600 cases statewide. A staff of nine employees had dispersed multilingual public service announcements, given field presentations, begun a website and staffed a hot line.

State officials say they were allowed to use unspent money to keep those employees on through April 14. But federal financing was not renewed, and unlike some other states, Texas is not seeking alternative means to maintain its program.

Medical officials who are aware of the unit’s work lament the timing of its closure, as the Affordable Care Act’s rules will not be completely in place until 2018.

In the meantime, health providers are anticipating a nightmare situation. Nearly a quarter of Texas’ population is estimated to be uninsured. Unless the U.S. Supreme Court dismantles parts or all of the law, those people will be required to sign up for benefits beginning in 2014.

“There will be lots of people who’ve had no experience with insurance before who will need to have a lot of guidance,” said Regina Rogoff, the chief executive of People’s Community Clinic in Austin, a safety net provider. “They’re driving blind.” 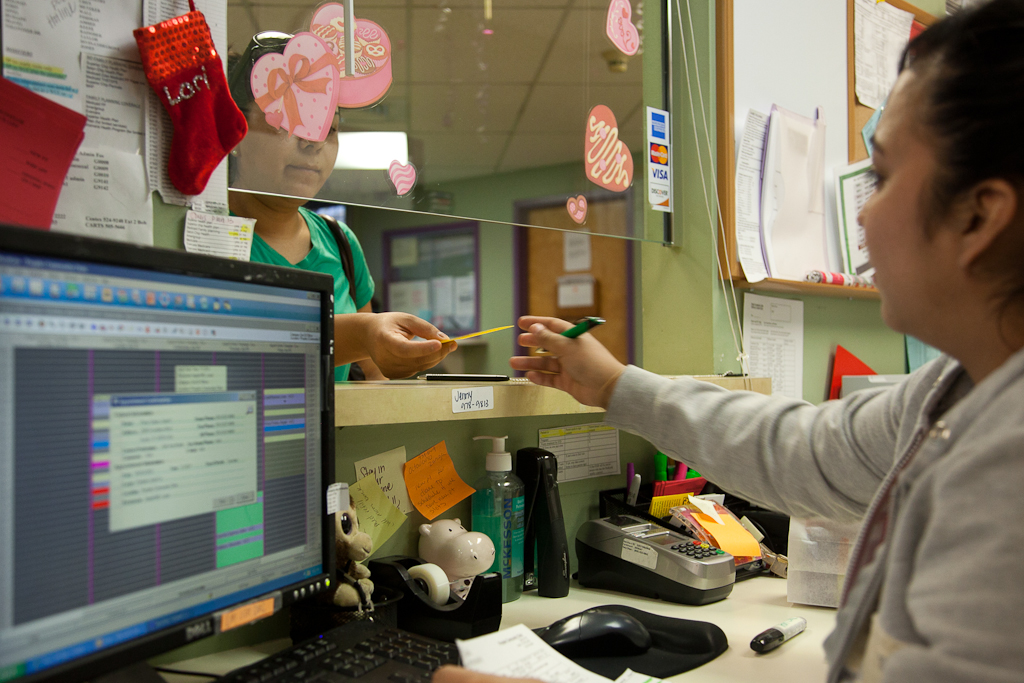 Enlarge photo by: Jeff Heimsath
A patient pays a bill at People's Community Clinic in Austin..

Louis Goodman, the chief executive of the Texas Medical Association, said doctors were as perplexed as consumers. The federal law is wide in scope, and the association has poured resources into helping practitioners understand the rules and deadlines.

“We’ve worked on the doctors’ side as much as we can,” Goodman said, but more consumer education is “absolutely necessary.”

In the field, he said, overhead costs at clinics could rise because patients increasingly rely on nonmedical staff in their doctor’s office to explain benefits.

Processing claims can be tedious. TMA’s Hassle Factor Log, a last resort for doctors trying to resolve claims issues, recovered a record $1.6 million last year for 300 doctors who would have otherwise gone unpaid for their services.

Genevieve Davis, the medical association’s payment advocacy director, said she regularly spoke with doctors who complain of spending less time with patients and more time mired in paperwork. And when insurers or employers refuse to cover a service, patients blame their doctors.

“Trying to get patients to understand that takes away from being able to focus on practicing medicine,” Davis said.

Health providers say that what separates the assistance program from other insurance resources is that it arms consumers with information on the new health care laws before they walk into a doctor’s office.

But John Greeley, a Texas Department of Insurance spokesman, said the tools developed by Texas CHAP would carry over to a different section in the agency that covers general consumer concerns. He said the department would maintain resources, including a help line, to help people gain access to insurance.

“This is part of our agency's ongoing mission,” Greeley said in a prepared statement.