If he really wants to run for another term as governor — as he told The Texas Tribune on Tuesday — Rick Perry has some work ahead of him. While 39 percent of Texas voters said they would be likely to support him in 2014, 51 percent said they wouldn't, according to the new University of Texas/Texas Tribune poll. 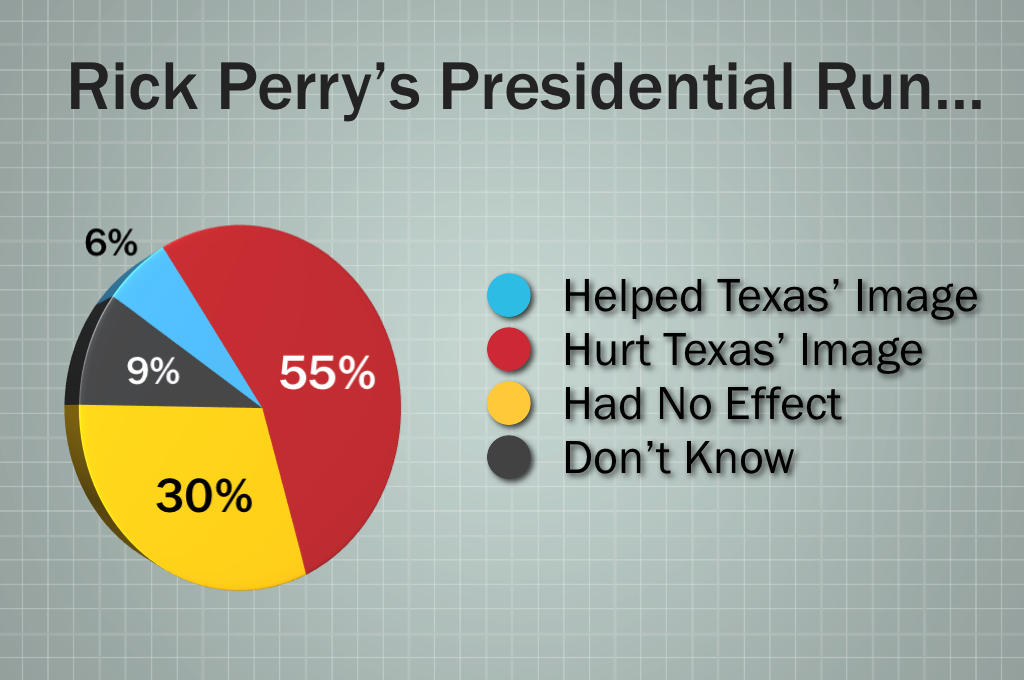 "It's not that Perry is dead," said Daron Shaw, a professor of government at the University of Texas at Austin and co-director of the poll. "But the notion that he's invulnerable is dead."

Perry's rating as a sitting governor is almost exactly where it was in October: 38 percent said they approve "strongly" or "somewhat" of the job he's done, while 45 percent disapprove "strongly" or "somewhat." Again, the intense opponents outnumber the intense supporters, with 30 percent saying they disapprove strongly of the job Perry has done as governor and 13 percent saying they approve strongly.

"He's both as popular and as unpopular as he's ever been," said Jim Henson, co-director of the poll and director of the Texas Politics Project at UT-Austin, where he teaches government. He said the answers on what Perry did for the state's image form a report card on the governor's performance in the presidential race. "It did not go well. It did not go well in a public way. But the national experience doesn't necessarily match the home experience," Henson said. 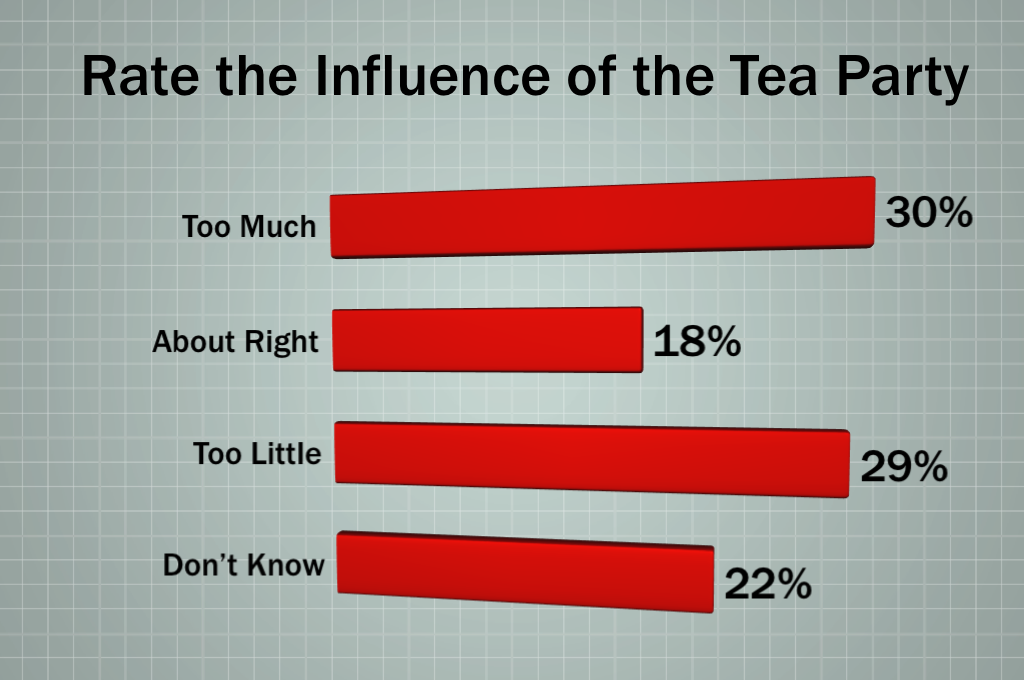 Henson said Perry's recent moves — "going forward undaunted" and getting back to work — reflect the home state view that the job he's doing hasn't changed. "His strategy is to come back and resume as before," Henson said. 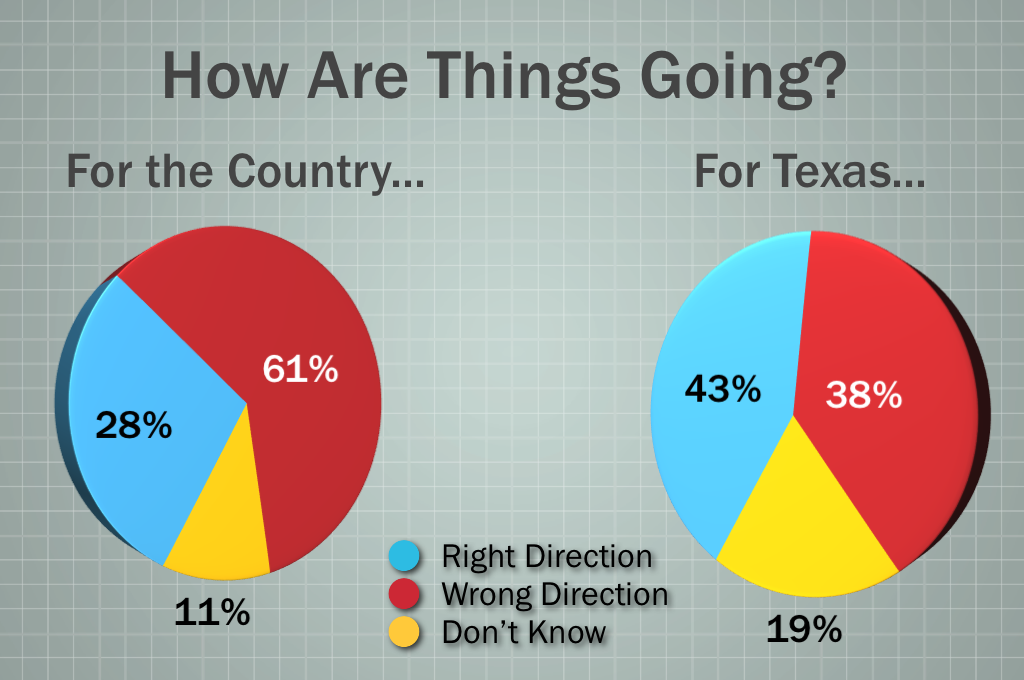 Roughly the same number of voters said the Tea Party has too much influence over Republicans (30 percent) as said it has too little (29 percent). Another 18 percent said the strength of the tea is about right, and 22 percent said they don't know.

The respondents said — by a big margin — that the country is headed off course. While 28 percent said things are going in the right direction, 61 percent said the nation is on the wrong track.

They're in better humor when it comes to Texas, with 43 percent saying the state is headed in the right direction and 38 percent saying it's on the wrong track. 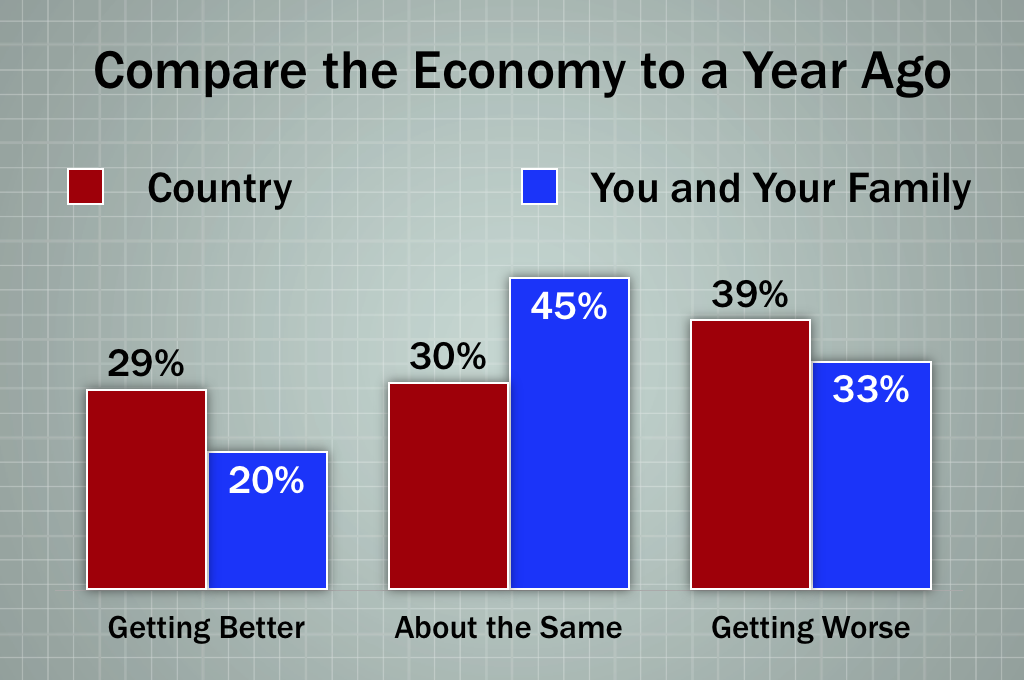 The latest UT/Texas Tribune internet survey of 800 Texas voters was conducted from Feb. 8-15, and has a margin of error of +/- 3.46 percentage points.