With federal judges trying to settle disputes over the state's political maps, and the clock ticking, it seemed reasonable to ask the insiders this week when they think the primaries will be held (the short answer — later than April 3) and which maps ought to be used (38 percent would use those drawn by judges in San Antonio, while 29 percent prefer the maps drawn by the Legislature).

The insiders were split when asked how the delays affect the political players; maybe the safest read on that is "it depends." Challengers get more time to work, raise money and chase incumbents. Incumbents hold their power longer, and the delays freeze the donors who might otherwise give to challengers. Among the insiders, those sentiments broke pretty evenly.

Finally, we asked whether the Voting Rights Act, with its limits on election and voting law changes in Texas and other states with histories of discrimination, ought to be continued. A majority of 57 percent would keep the law, but the 40 percent who think it has outlived its usefulness had plenty to say about it.

Their comments — and everyone else's — are attached, as usual. Here's a sampling: 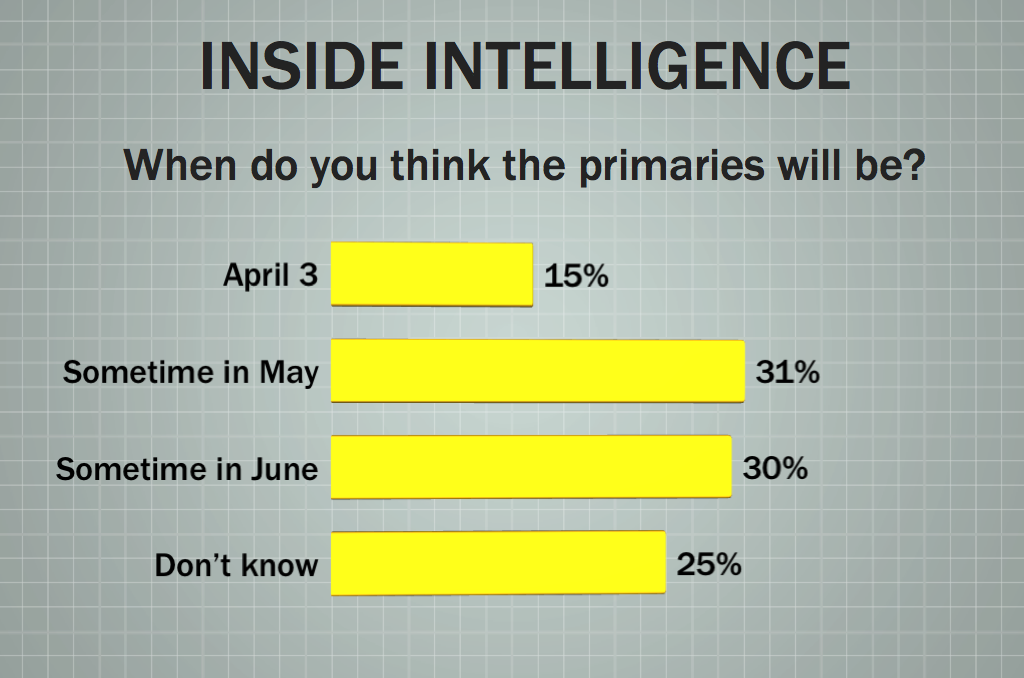 When do you think the Texas primaries will be held?

• "Possibly Presidential and statewide in April, with others in June."

• "SCOTUS seemed to be looking for an excuse to push the calendar."

• "Nobody has a clue. Anyone who says they know is selling something."

• "Supreme Court was apparently thinking about how much time they had, not how they could immediately resolve the imbroglio."

• "Presidential, Senate and others not affected by redistricting challenges on April 3, the others in June."

• "Primaries used to be in August, the world won't come to an end." 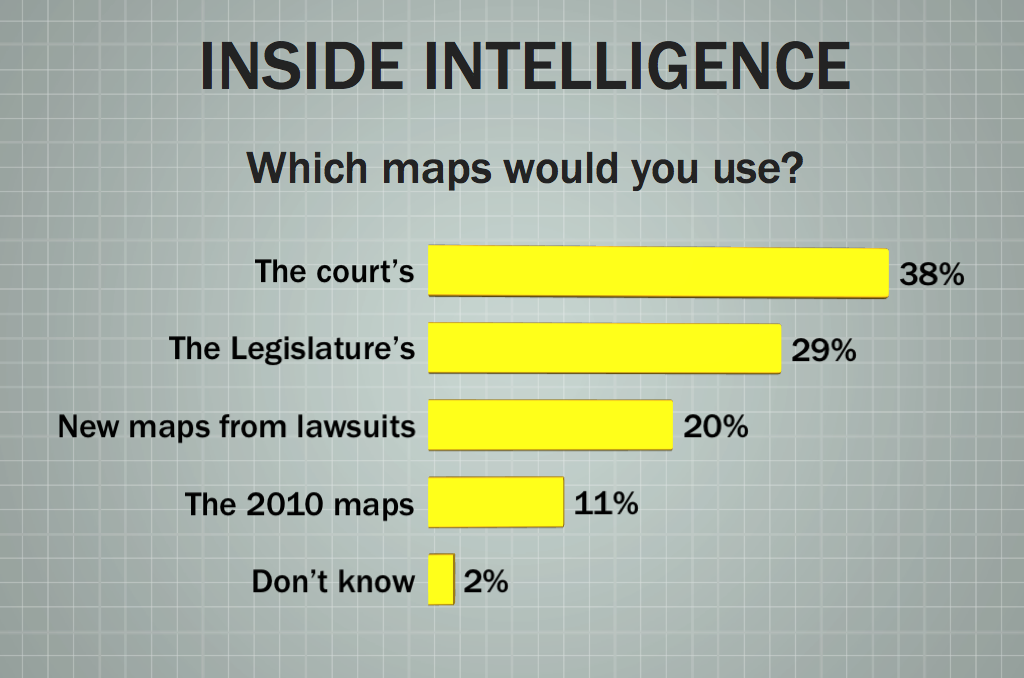 If you were in charge, which maps would you use for the 2012 elections?

• "This Legislature has proven itself incapable of fairly addressing the growth in the minority population in our state."

• "They are the only representatives of the people at the table. They were elected by the people to do lots of things, including draw the maps."

• "The 2010 maps cannot legally be used, so the next best option is to use the state's maps with minor tweaks to districts that violate VRA Section 5."

• "Legislators, not courts, are supposed to draw the maps. That's the system that should be the default position."

• "It's too messed-up to use a map viewed by one side or the other as being biased. Have a do-over."

• "The Texas House map drawn by Judge Smith, the third judge in the three-judge panel who dissented and presented his own map." 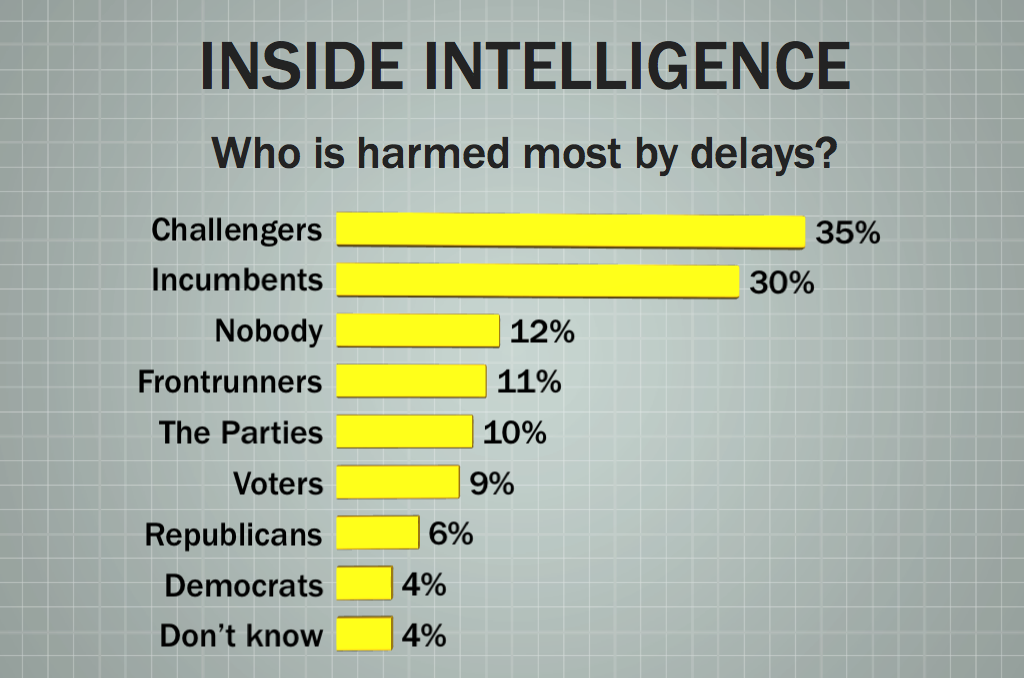 Who is most harmed by later primaries? (choose one or more)

• "Political donors and PACs will be most harmed as candidates have longer to fund raise and some candidates eventually may not run."

• "Anyone mounting a challenge will have more time to make their case against an incumbent's record. Of course, it will also cost more money to make the case over a longer period of time, but time is more valuable in a campaign than money. You can raise more money, but you usually can't get more time, so this is an important campaign anomaly."

• "All politics is local. The impact of the later primaries will vary race to race, district to district."

• "Any delay will negatively impact the relevance of Texas voters when picking presidential candidates. Less relevance equals lower voter turnout, most likely to the detriment of moderates, be they incumbents OR challengers."

• "Consultants who help low-dollar candidates. They'll starve before this is done." 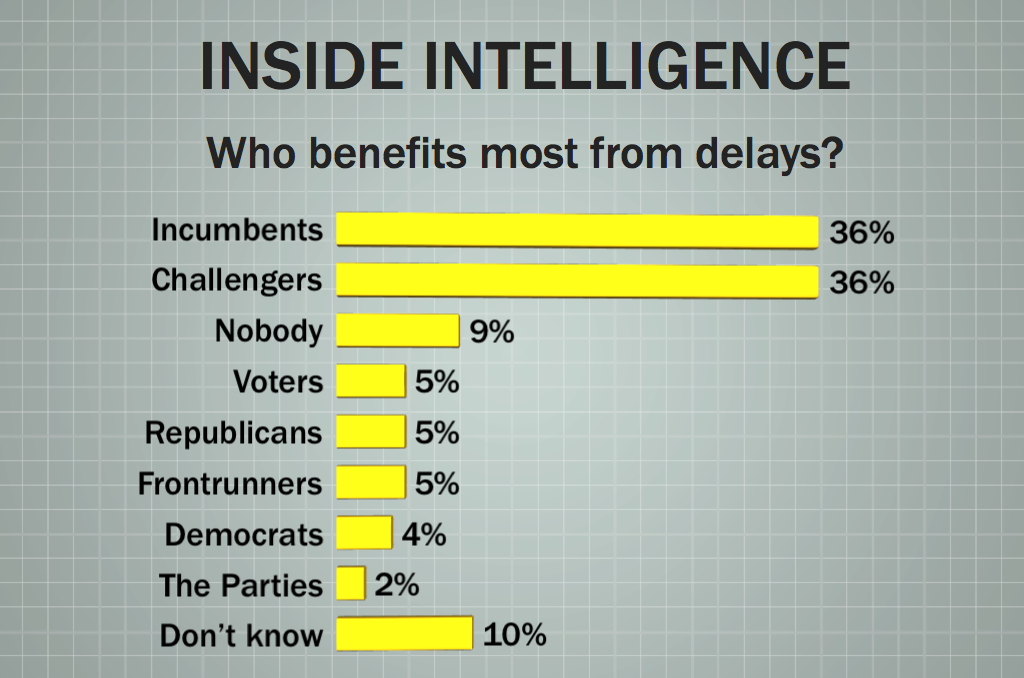 Who benefits most from delays in the primaries? (choose one or more)

• "They won't admit it, but incumbents benefit from a delay. They enjoy the power of the office and all that comes with it - franking, raising money, etc."

• "Political consultants will get extra paychecks."

• "If June then school is out and people are off doing other things."

• "Those candidates with the most campaign money." 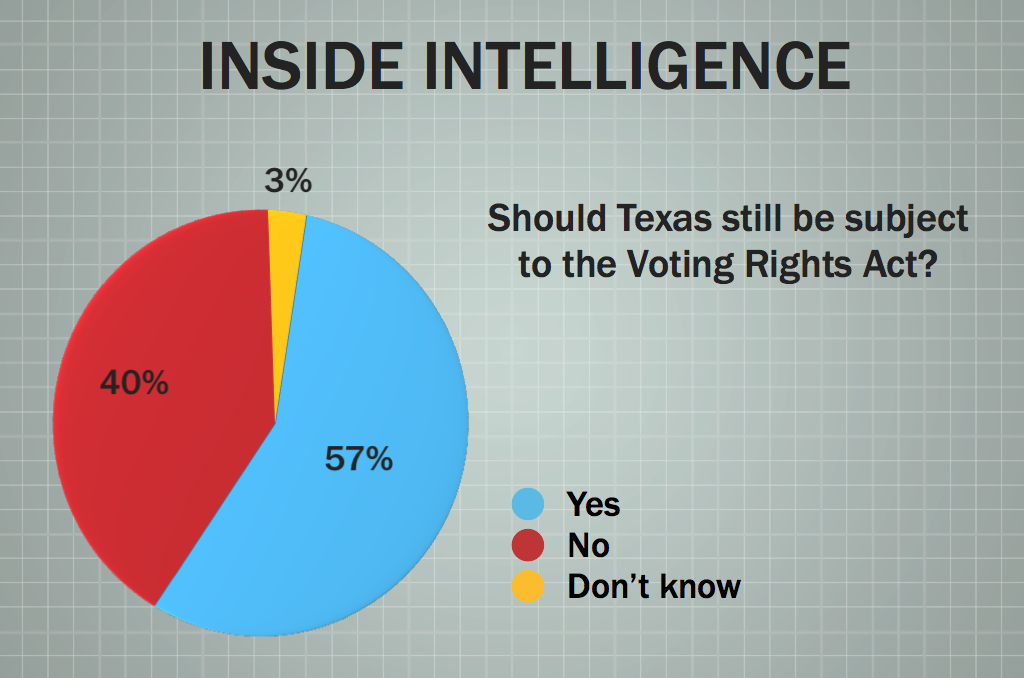 Should Texas and other (mostly Southern) states still have to subject their maps for federal review under the Voting Rights Act?

• "Sure. But this business of slapping people (voters) around by not having a more defined, time-certain process to settle squabbles is ludicrous."

• "Remember these are the states passing the MOST restrictive voting rules — photo ID, limited dates for early voting and consolidation of voting precincts (often at the last minute) especially those in minority neighborhoods."

• "Are you kidding me? The Voting Rights Act continues to be very relevant in Texas and other Article 5 states - when pigs fly - that's when we will be ready to be out from under Article 5."

• "The Legislature consistently shows by its actions, even more so now, that it doesn't give a collective hoot about anything or anybody except how to get more seats for their respective parties."

• "The justification for this law is no longer there."

• "Emphasis on "others." If one state must have their maps precleared, then all should."

• "Because, to borrow from Voltaire, hawks will eat pigeons whenever they can find them."

• "The R's have made it clear that race is still an issue when they declined to draw any new minority districts despite the increase in Hispanics in the state."

• "The Legislature made the case itself for the Voting Rights Act, by ignoring Hispanic population growth."