With a month to go before people in other states start voting on presidential candidates, we asked the insiders for their current take on those races. First things first: They don't see much of a window for Gov. Rick Perry.

The insiders see former U.S. House Speaker Newt Gingrich as a prohibitive favorite in Iowa — 60 percent of them pick him to win that, with Texas Congressman Ron Paul in second, with 23 percent. In New Hampshire, former Massachusetts Gov. Mitt Romney is the favorite of 86 percent of our insiders (Perry didn't get a vote there, after getting just 5 percent of the insiders in Iowa). Florida is more of a toss-up, with 36 percent picking Gingrich to win and 31 percent choosing Romney. Six percent chose Perry.

When it's all said and done, 61 percent of the insiders think Romney will be the Republican nominee, and 56 percent think, at this point, that Barack Obama will get a second term in the White House.

As always, the full verbatim comments are attached as a document, but here's a sampling: 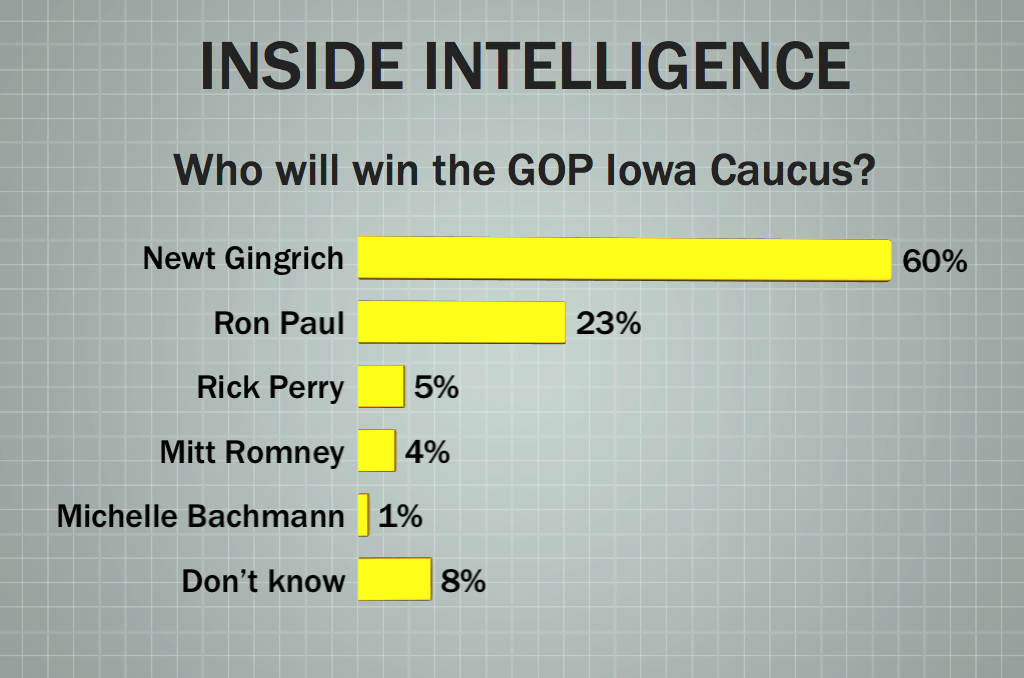 Who do you think will win the GOP's Iowa Caucus?

• "Caucuses favor candidates with committed supporters. While there is certainly a ceiling to Paul's support, his followers are loyal to a fault. Recall that he only narrowly lost a straw poll to Bachmann a few months back. Given the splintering of the vote, he could win Iowa with under 25% of the vote."

• "The winner is not as important as who is in the top tier and who is not. Iowa may be more of an elimination contest. Candidates at the bottom and in single digits can 'turn off the lights, the party's over'."

• "Romney's still in good shape if he finishes second."

• "Newt will under-perform due to organization broadly and with women specifically. The top four will be bunched up." 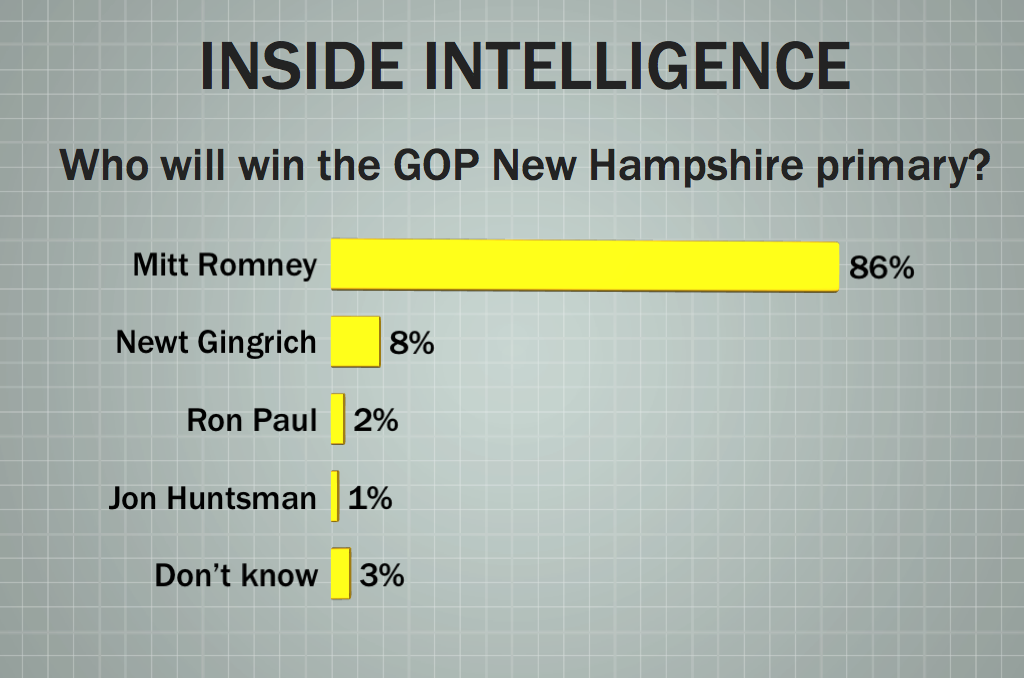 Who do you think will win the GOP's New Hampshire primary?

• "Romney will win, but his margin will not be as impressive as he hoped."

• "I can't wait for his victory speech when he says, 'My friends' to a crowd made up of people who don't like him very much."

• "And then wins Nevada, 2nd or 3rd in Florida, wins Maine and battles Newt at convention for the nomination."

• "Romney will win in his backyard. If he doesn't, he is in SERIOUS trouble." 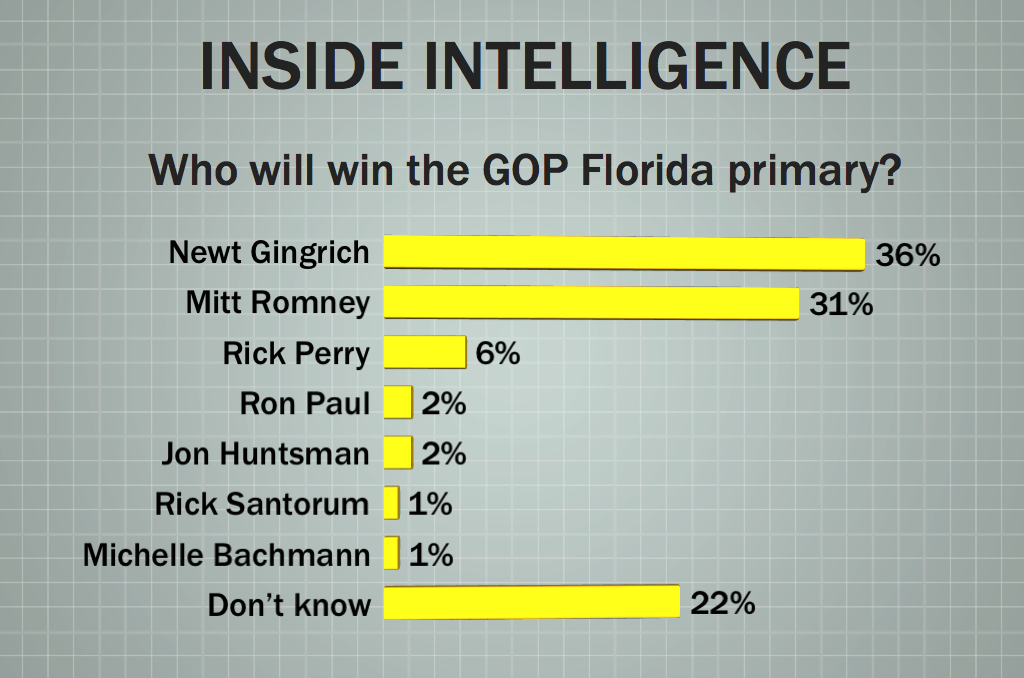 Who do you think will win the GOP's Florida primary?

• "It just depends on what happens beforehand."

• "A Romney win in Florida coupled with a New Hampshire victory and a credible finish in South Carolina would make him the presumed nominee."

• "Gingrich has a history of grabbing defeat from the jaws of victory, and two months is a long time away."

• "It's going to depend on who is still in the race. I don't think Gingrich is going to raise enough dollars to be a contender in Florida." 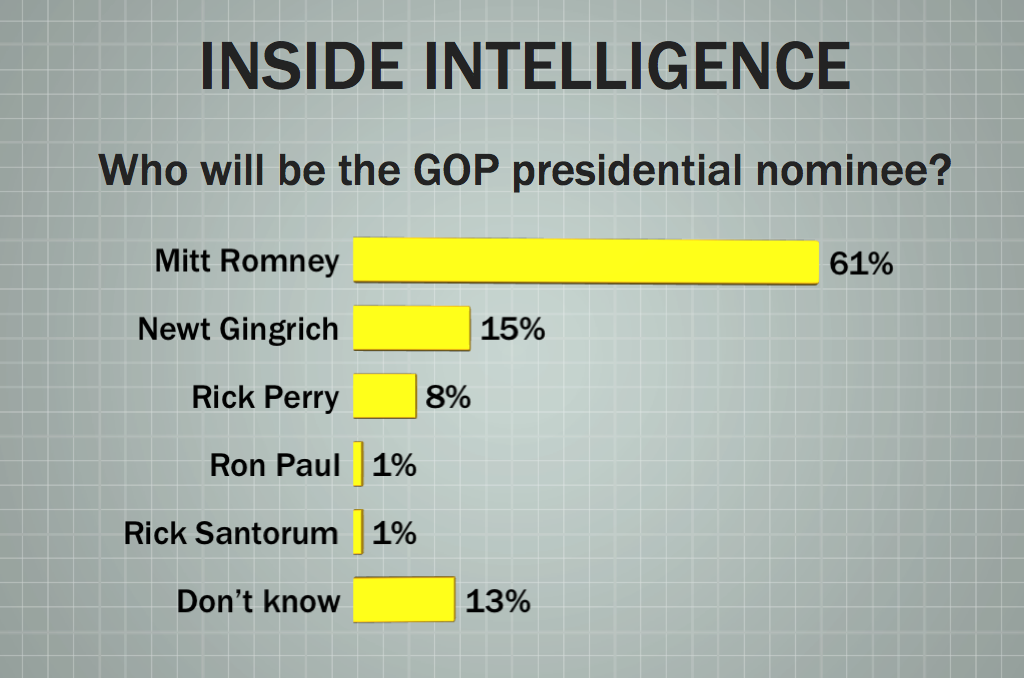 Who do you think will be the Republican nominee for president?

• "At the end of the day, I think Republican voters will accept that Romney represents their best chance to retake the White House, and will hold their noses and nominate him."

• "Perry has a narrow path, but Newt and Romney have major problems."

• "If Gingrich is nominated, Obama's chances improve markedly. Romney would be a stronger opponent."

• "Anyone else think Tan Parker should have gone ahead and run? He'd have as good a shot as anyone else on this list." 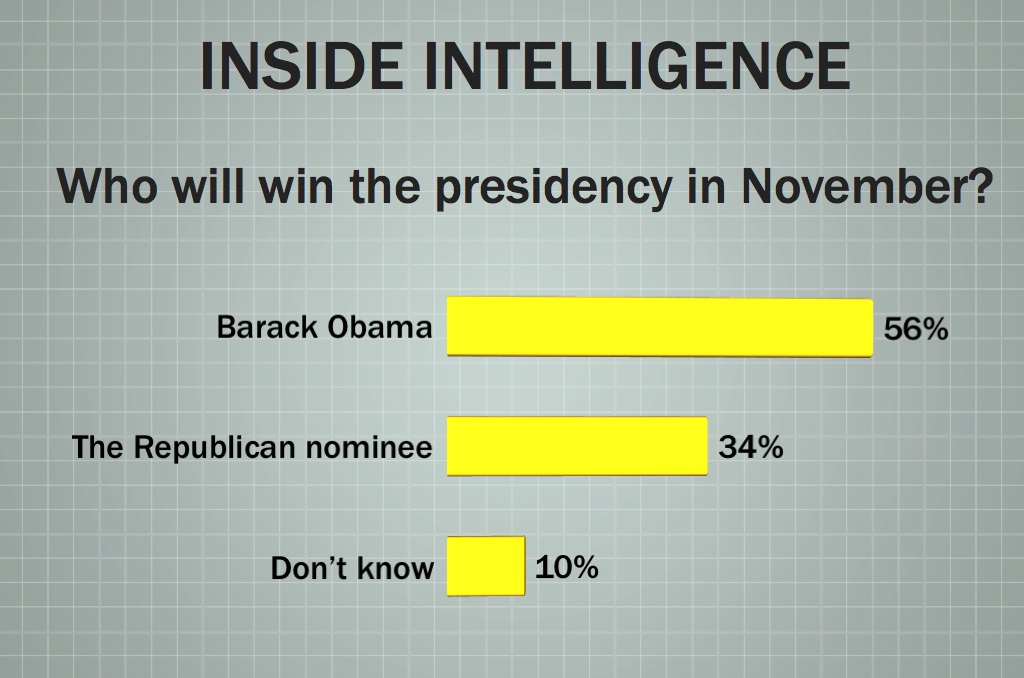 Who do you think will win the presidency in November?

• "Much depends on the trajectory of the economy over the next 6-9 months. Right now, I give Obama a slight edge but not much of one. Circumstances, the GOP nominee, etc, could either expand that edge or eliminate it. The 2012 election will likely be very close."

• "The state of the economy will determine who will win the 2012 general election. If the economy is prospering, President Obama will be re-elected; the electorate will gladly provide him an opportunity keep moving forward. However, if the economy continues to stagger or worsen the Republican nominee will be elected as our next president."

• "Republicans, as always, over-reached and have lost their momentum from 2010 -- plus the economy is ticking up. The party of mid-term elections will be reminded of their impotence."

• "Obama's lost a lot of luster compared to 4 years ago, but the R's have nothing."

• "Romney will attract independents and disaffected '08 Obama voters, but will lower the turnout among the party faithful. Anyone else will have the support of the rabid, but scare away the independents. Either way, Obama (amazingly) gets four more years to try to get it right."