This week's questions went out — and came back — before the courts had handed up final maps for the Texas House and Senate elections and before the judges proposed new maps for congressional districts. But all of that was on the horizon, so we asked our insiders who's to blame for putting the courts in a position to draw new political districts. Given an array of choices, the insiders overwhelmingly blamed the Legislature.

The insiders don't have much desire to see lawmakers redo the maps after the elections, but there's a contingent — 40 percent — who think the Legislature and not the courts should have the final say.

We also asked about another topic — tax incentives for major events, premised on the events generating enough economic activity to make it a net benefit to the state. Even with that qualification, the insiders were tepid: Only 28 percent said yes. Finally, we asked about the latest such proposal, asking whether Formula One racing is a good economic deal for the State of Texas. According to 52 percent of our insiders, the answer is... No.

As always, we've attached the full set of verbatim comments. Here's a sampling: 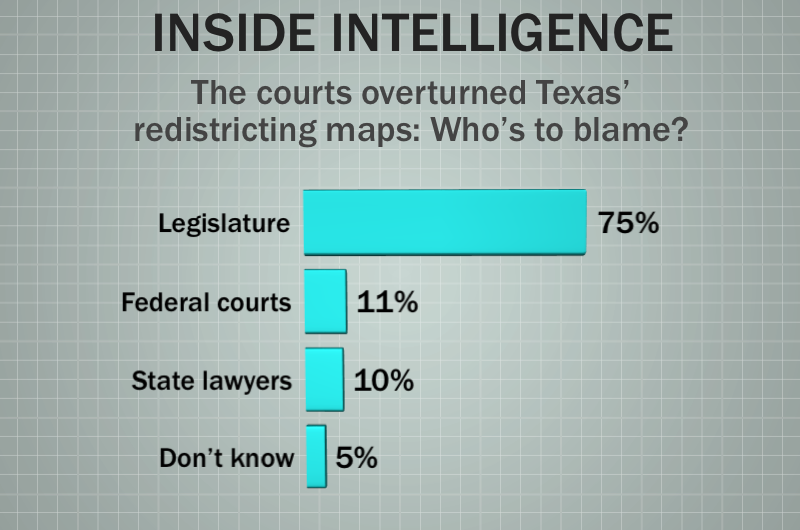 • "Redistricting is no longer an inexact science. Legislators immediately know the ramifications of moving a district line two streets over or two miles over. No one to blame but themselves."

• "There are strong feelings among many that the state's lawyers were weak in defending the maps, but the maps the court drew make so little sense that it is hard not to see partisanship in their motivations."

• "They could have been content with a convincing majority instead of overreaching. The Pena district was the most egregious example, but certainly not the only one."

• "The legislators are responsible for the map, but Abbott's handling of the case in the courts was grossly incompetent."

• "Don't leave staff out of the blame here."

• "An 'all the above' selection would have been nice." 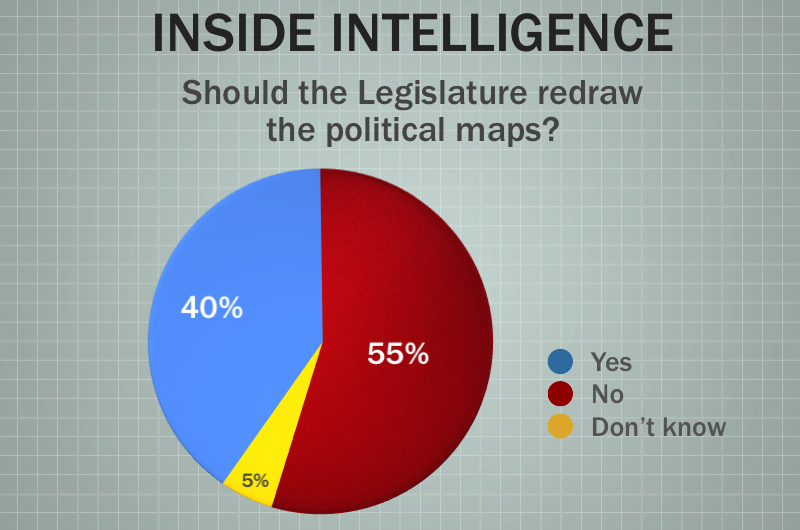 Should the Texas Legislature redraw the congressional and legislative district maps to replace maps drawn and approved by the courts?

• "It is the Legislature's job to draw the maps. They should not give that authority to the courts."

• "Precedent was set in 2003. Accountable legislators should set the boundaries, not unelected judges."

• "The lege has taken enough time on this. Our state is in crisis and the limited time devoted to the state's business needs to be dedicated to pressing public policy concerns, not partisan power plays."

• "Are you kidding? Should the Legislature do something just because it can? As long as nothing else has to occur in the next regular session." 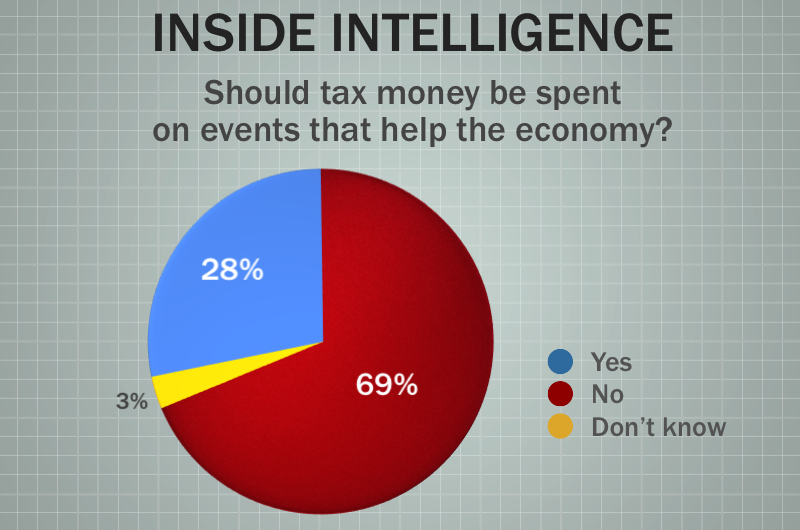 Should state money be spent to bring events like Formula One racing and the Super Bowl to Texas?

• "...As long as it's a wash -- meaning the economic impact generates at least the amount of money that is being spent."

• "Super Bowl - Yes. Formula One - No. We know what we're getting when hosting an event like the Super Bowl. Formula One is a case of 'If we build it, they MIGHT come.'"

• "Government should not, as a general rule, finance private profit-making events. Corruption and favoritism inevitably follow"

• "That's one thing the Tea Party and the OWS people can agree upon--no more 'crony capitalism.'"

• "It's not state money. It's money from patrons of the events collected at the events that support the fund."

• "Taxpayer money should not be used to benefit specific groups like the tourism industry in the Metroplex. If local groups want to hold these events, they should be the ones investing the money, not the state."

• "I hope the Governor tries. It is just good economic sense. Educating kids brings no economic rewards for years. This will bring in sales tax. So does legalizing drugs."

• "Hell no! If it can't stand on its own two feet (or ride on its own four wheels) it shouldn't be done." 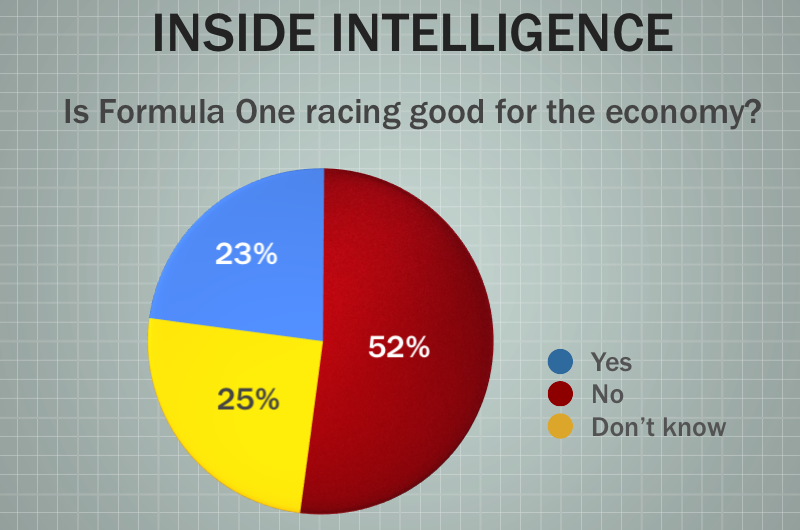 Is Formula One racing a good economic deal for the state of Texas?

• "Even if it is a good deal - not a good political move especially considering NJ is getting one without the cash on the barrel."

• "Don't know, don't care. Even if it is, just because something is a 'good economic deal' does not mean the government should be involved in it. The government is a non-profit--it's not supposed to chase money. That's why we have what seems like 117 different kinds of license plates, which is 116 too many."

• "It's the equivalent of 10 consecutive Super Bowls in Texas. Who in their right mind would turn that down?"