Abbott's motions for stays — there's one for the House and another for Senate — are attached. The state is asking the courts to stop the new maps ordered by the San Antonio judges, contending that the maps will be eventually overturned on appeal.

Texas Attorney General Greg Abbott will ask higher courts to block legislative elections under the maps ordered by three federal judges in San Antonio earlier today, saying they are better than what was proposed last week but still overstep the judges' authority.

"While the federal court maps issued Wednesday go a long way to curing some of the problems with the Senate maps drawn by the three judge panel, those changes do not in any way negate the legal flaws that remain with both the interim Senate and House maps," said Lauren Bean, a spokeswoman for Abbott, in an email. "The Texas Attorney General's Office is seeking an immediate stay to prevent elections from proceeding under these illegal maps. We can not allow any map that so grossly misapplies federal law and continues a trend of inappropriately venturing into political policy-making to move forward unchallenged."

The AG expressed similar reservations about proposed congressional maps issued by the court today. That proposal is open for comment from the various parties until noon on Friday. Since the court hasn't made its final ruling on congressional maps, there's nothing there for the state to appeal yet.

Federal judges in San Antonio ordered the state to conduct its 2012 House and Senate elections using political maps drawn by the judges and not those drawn by the state, issuing final maps that give minority voters — and Democrats — more power.

The three-judge panel proposed maps last week and collected comments from lawyers on all sides. This afternoon, they issued their final versions, which will be used unless higher courts intervene. Candidates can file to run for office starting next Monday and have until Dec. 15 to do so. State officials have said they might appeal if the final maps are close to those proposed last week.

The maps are similar to those proposed by the judges last week, but some districts — Senate District 24 is an example — have been reworked. That district now has less of Taylor County and loses Falls and Bosque counties. Consultants and lawyers and candidates are still sorting it out.

The judges said they were drawing maps for two reasons — the current maps are malapportioned and don't reflect the results of the 2010 census, and the Legislature's maps have not been approved by a federal panel in Washington D.C., which hasn't held hearings on the plans yet. Two judges — Orlando Garcia and Xavier Rodriguez — signed off on the new House plan.

Despite the allegations of intentional discrimination and widespread constitutional violations in the enacted House plan, the State objects to issuance of a court-drawn map and insists that this Court must adopt the enacted plan '[b]ecause unelected federal judges possess neither the constitutional power nor the political competence to make the policy choices essential to redistricting[.]' While redistricting is generally a task for legislatures, a legislature’s powers are not unbounded. Here, Texas failed to receive the necessary Voting Rights Act approval for the House plan before the 2012 elections. In such cases, federal courts are required to step in to create a lawful map that will allow free and fair elections to go forward.

The judges wrote that their goal was to keep the status quo — the maps that elected the current Legislature — in place as much as possible while adjusting for the state's population shifts and growth.

All three judges signed off on the Senate plan, but the one appellate judge on the panel — Jerry Smith of the 5th U.S. Court of Appeals — dissented on the plans drawn for the House. He telegraphed his punch last week, submitting a separate proposed map of his own.

When a three-judge court is forced into the unwanted position of fashioning interim redistricting plans, the focus should be on practicality, balance, and moderation, albeit with unbending adherence to the Voting Rights Act (“VRA”) and the Constitution. The judges in the majority, with the purest of intentions, have instead produced a runaway plan that imposes an extreme redistricting scheme for the Texas House of Representatives, untethered to the applicable caselaw. The practical effect is to award judgment on the pleadings in favor of one side — a slam-dunk victory for the plaintiffs — at the expense of the redistricting plan enacted by the Legislature, before key decisions have been made on binding questions of law. Because this is grave error at the preliminary, interim stage of the redistricting process, I respectfully dissent.

Barring intervention from the U.S. Supreme Court, he wrote, these maps will hold through the 2012 elections.

The Texas Legislative Council has detailed statistical and mapping information about the plans on its website.

Here are the new maps: 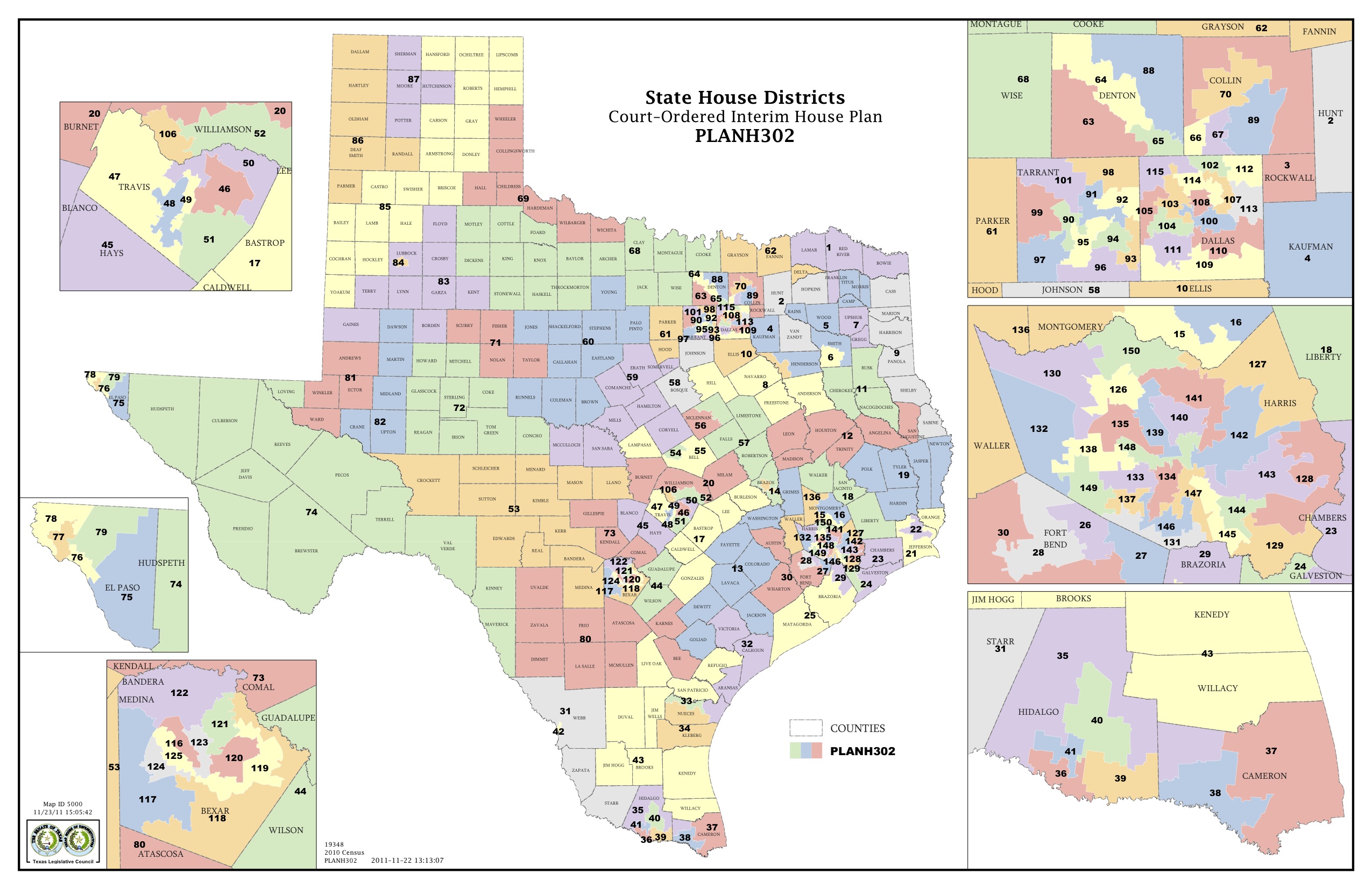 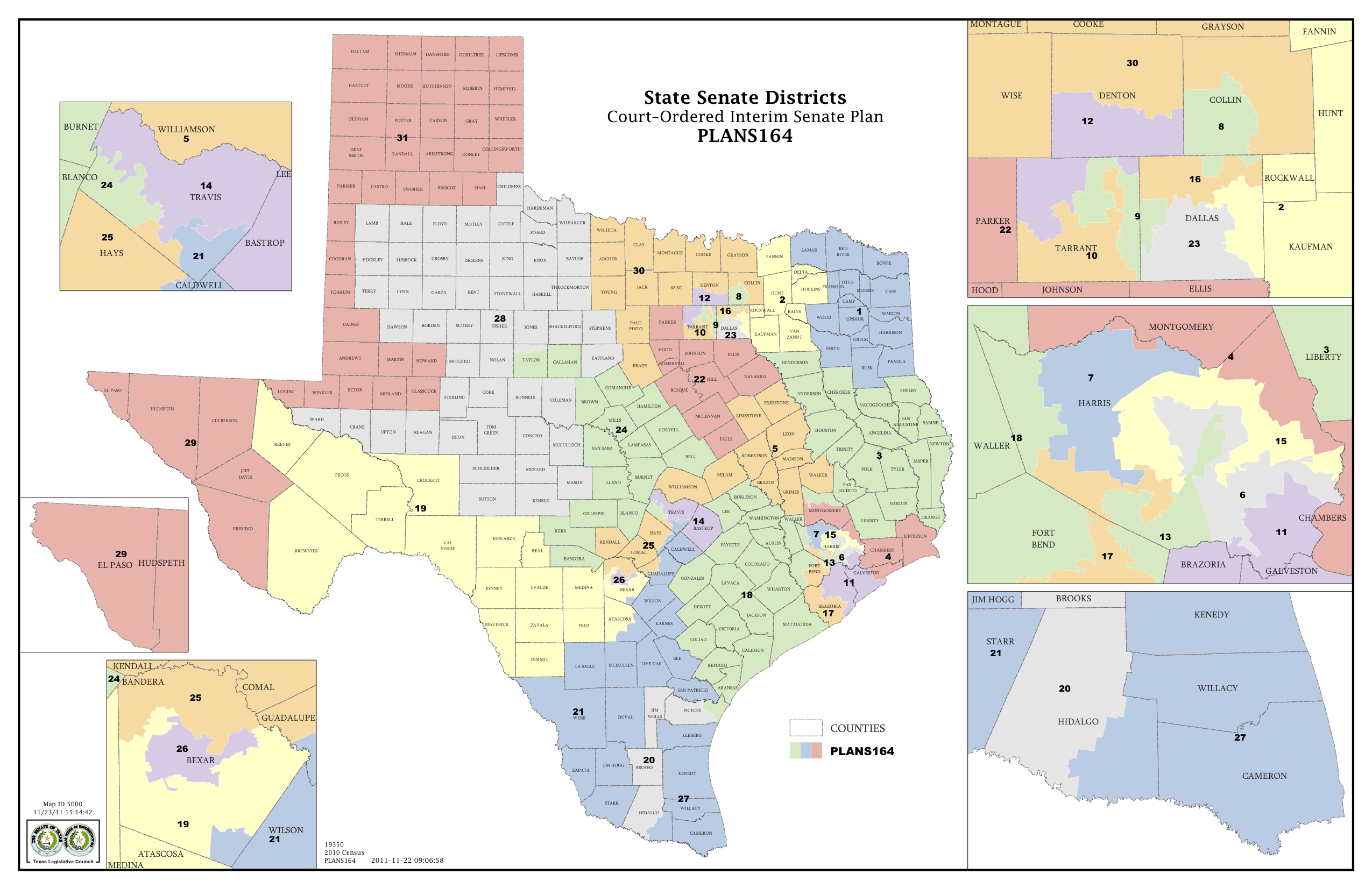