[Editor's note: This is the fourth of five stories about the University of Texas/Texas Tribune poll. Monday we looked at Texas voters and the 2012 presidential contest. Tuesday, how voters rate Rick Perry's job performance. Yesterday, the races for U.S. Senate and lieutenant governor. Tomorrow, the most important issues facing the state and the nation.]

The two Mormons running for president — Republicans Mitt Romney and Jon Huntsman — face a significant obstacle in Texas. More than one in five Texas voters — 23 percent — say most of the people they know would not vote for a Mormon presidential candidate even if they agreed with him or her on the issues, according to the new University of Texas/Texas Tribune poll.

A slight majority of 53 percent said most of the people they know would vote for a Mormon if they agreed on issues; 25 percent said they don't know how people would vote.

"It tells me that it's not resolved," said Jim Henson, a UT government professor, director of the Texas Politics Project and co-director of the poll. "There are a lot of 'I don't knows,' and I don't know is related to doubt."

Henson said the numbers reveal that doubt but don't necessarily say how people will vote come March. "You have to take the Mormon question with a grain of salt, because there's an acceptability factor in how people answer the question," he said.

Women were less likely than men to say the people they know would vote for a Mormon candidate for president. Daron Shaw, a government professor and co-director of the poll, said the number people who answered "no" points to a real issue in the campaign.

"A quarter of the electorate wouldn't do that even if they agree? That's a huge number," Shaw said.

Gov. Rick Perry's troubles with questions about illegal immigration are evident in the Texas electorate, where only 28 percent said illegal immigrants who have lived in the state for at least a year and graduated from a Texas high school should receive the in-state discount on tuition at Texas colleges and universities. Most — 55 percent — said those students should pay the higher out-of-state rates. Seventeen percent didn't have an opinion.

"This is a major, major big deal," Shaw said. "It is a cutting-edge issue here in the state of Texas. It is clearly salient." 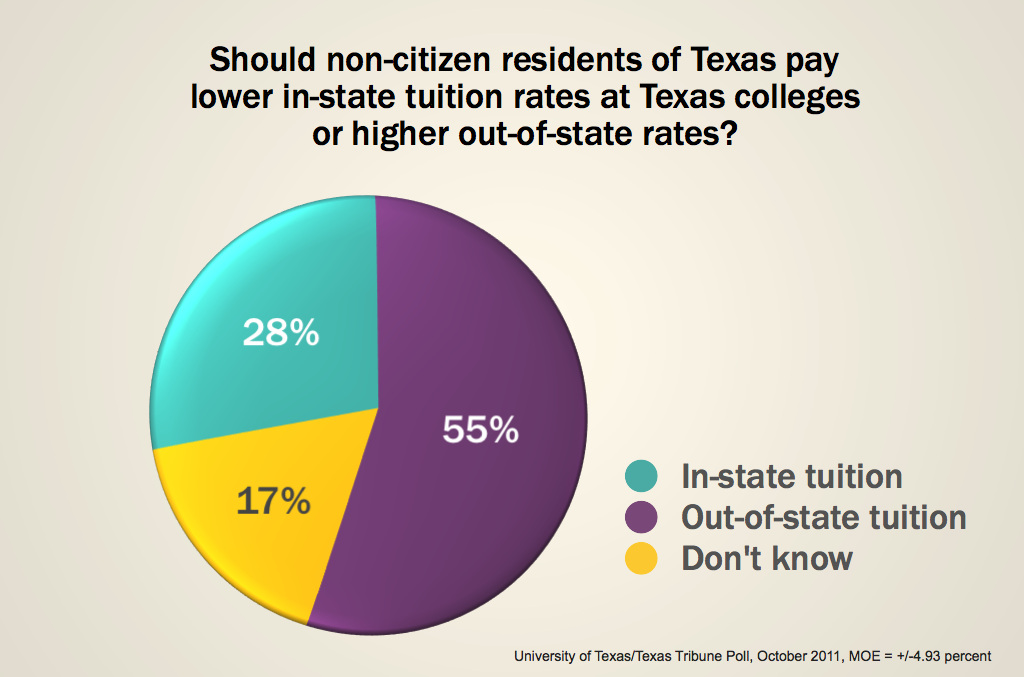 Texans answered in much the same way in earlier UT/Tribune polls, but after a presidential primary debate made Perry's position clear, the immigration policy he laid out is cutting into his support in the presidential race and giving other candidates an opening. "I don't think any but the most attentive Republicans knew Perry's position," Shaw said. "It was laid bare in this debate."

Among those who favored in-state tuition for those students, two-thirds said those students should also be eligible to receive state-funded financial aid for college.

Most Texans don't agree with federal proposals to provide a pathway to citizenship for illegal immigrants currently living in the U.S. Slightly more than half — 51 percent — oppose the policy, including 36 percent who strongly oppose it. Another 39 percent favor the proposal, 19 percent of them strongly. 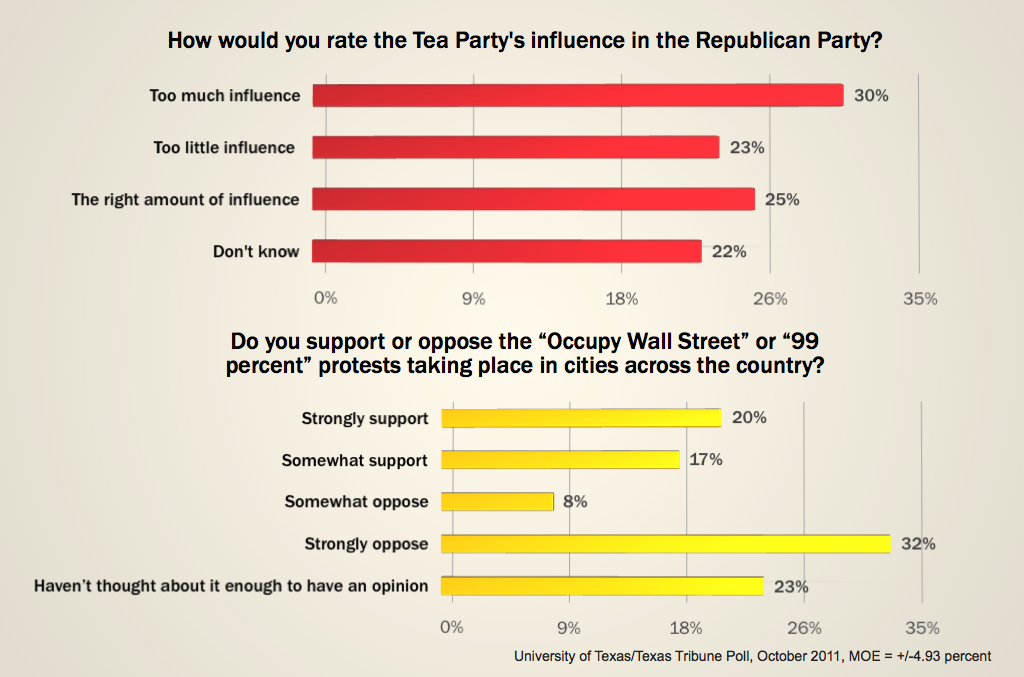 "It's much more favorably viewed by Democrats," Henson said of the protest movement. "There's a clear partisan structure in that."

There are broad similarities between the OWS and Tea Party movements, but the protests are newer and less established; Henson thinks it's too early to say OWS is to the Democrats what the Tea Party is to the Republicans. 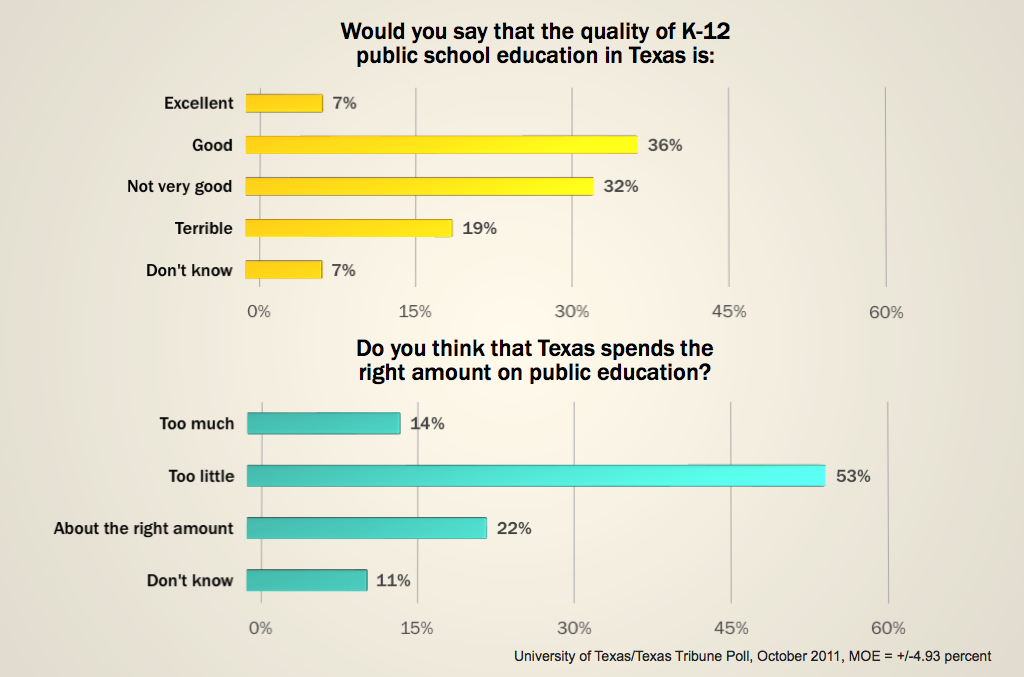 Ask how often people are wrongly convicted in death penalty cases in Texas and some uncertainty becomes apparent. One third answered "never" or "almost never," but 41 percent answered "occasionally" and 15 percent answered "a great deal of the time." Eleven percent had no opinion.

The latest UT/Tribune internet survey of 800 registered voters was conducted Oct. 19-26. The margin of error is +/-3.46 percent.