We mirrored some of the questions from the University of Texas/Texas Tribune Poll again this week, to get an idea where the insiders stand and to have a look, later, at the differences between the insiders and registered voters in the general public (take a look at Jim Henson's analysis of last week's Inside Intelligence and how the public answered the same questions).

Insiders put education at the top of their list of issues facing the state of Texas, followed by the economy, the water supply and state budget cuts (a tie), and political corruption/leadership.

Illegal immigrants who have lived in the state for at least a year and who graduated from Texas high schools ought to get lower in-state tuition rates and Texas colleges and universities, according to 75 percent of the insiders. Spoiler alert: Only 28 percent of the registered voters in the UT/Tribune poll agreed with that position.

Eighty percent of the insiders said most of the people they know would vote for a Mormon presidential candidate if they agreed with the candidate on the issues.

Most of the insiders — 58 percent — believe people are "occasionally" wrongly convicted of death penalty cases in Texas. Another 32 percent said that "almost never" happens.

Education is at the top of the issue list, and the insiders think the schools could be better and say the state spends too little on public education. Half said the quality of K-12 education is "not very good," while 41 percent say it's "good." Those were the middle choices — most of the insiders stayed away from "excellent" and "terrible." Two-thirds said Texas spends too little on public education; in the comments, many cited concerns about the allocation of the money that does get spent.

We collected comments and, as always, attached the full set. Here's a sampling: 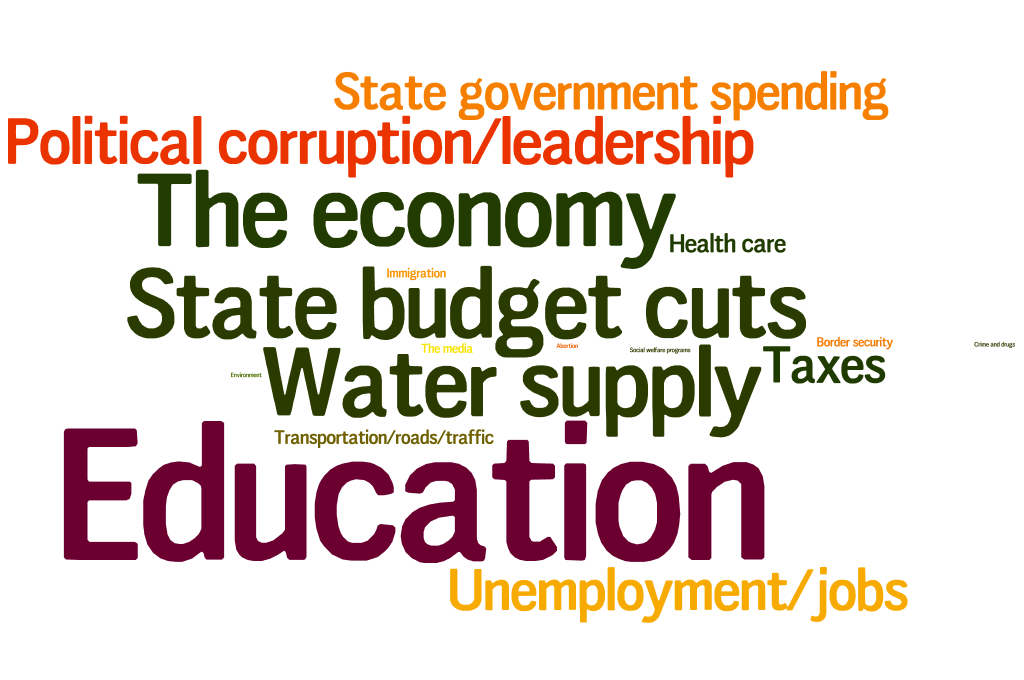 • "The Legislature needs to step up and create a comprehensive water policy. This is not a new issue ... just one that appears to big for lawmakers to face."

• "We are dangerously close to caste system of the haves and the have-nots. Inner city kids denied a quality education will only drive up our social costs - welfare, prison, etc. Texas will no longer be an economic beacon."

• "No water=No work. We need full-blown conservation efforts to protect our economy, not our environment."

• "Health care costs are taking an increasing and growing portion of business expenses and local and state budgets, not to mention increased cost sharing out of individuals pocketbook"

• "This is not an effective survey, too many choices. My choice is meant to reflect my belief that the Republican's hold on state government at every level has eliminated any scrutiny. Courts are compromised, laws are punitive, administration cannot be challenged, long-held rules are ignored etc. Every decision is meant to help a powerful business or contributor, or discourage the poor, or defile political opponents. Texas will not remain a leading state in this atmosphere; it has already begun to be ignored as a force for positive change. Nothing good has happened through the government since 2003 ... it can't."

• "We have a public education crisis that threatens Texas' future economic viability. Enormous numbers of Texas young people are not completing high school. If this trend continues, we will not have the skilled workforce we need for the future, and Texas will have a giant underclass that lacks the education and skills needed to earn a living wage, and will need government assistance just to make ends meet."

• "Media, and political leadership, are telling the masses what they want to hear rather than being thought leaders. This underlies all problems." 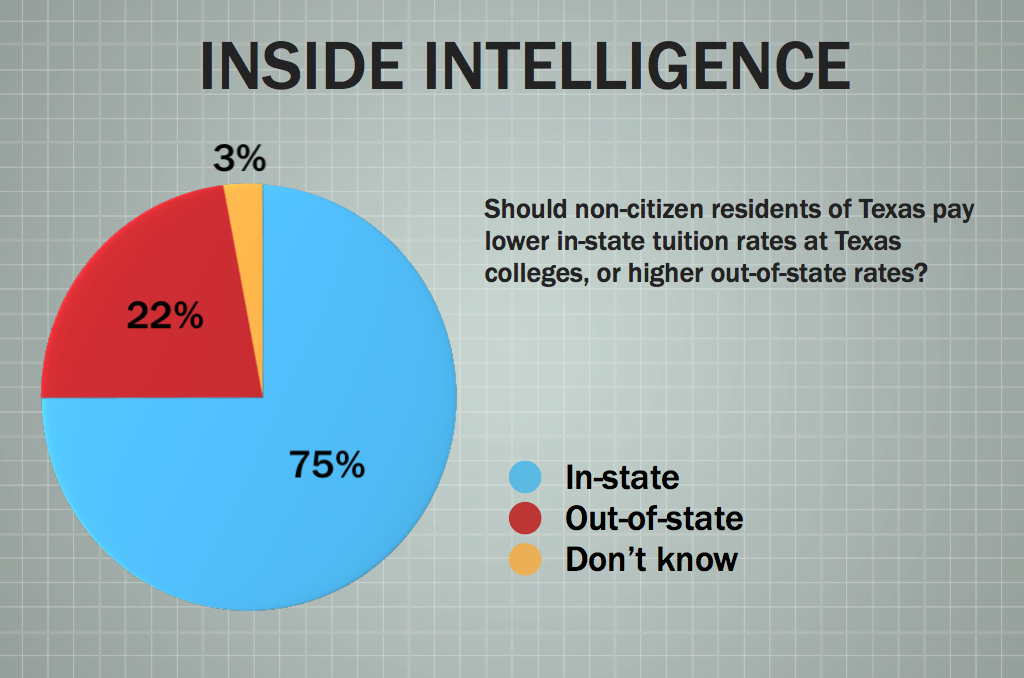 Should illegal immigrants who have graduated from a Texas high school and lived in the state for at least a year receive lower in-state tuition rates at Texas public colleges and universities, or should they have to pay the higher tuition rate for out-of-state students?

• "If they're living here, they're paying the same state taxes as legal residents — property, sales, and use taxes. Why not give them the benefit?"

• "Once we've invested a few hundred thousand graduating them from HS, it doesn't make sense to bail on them for undergrad."

• "Come on, aren't we tired of this now? Isn't this one pretty clear?"

• "A red herring issue. If they go to high school in Texas and get a diploma in Texas, they are in-state students."

• "A college graduate will have more resources to contribute to the state than an uneducated person...regardless of immigrant status."

• "It's mind-boggling, that an Oklahoman who lives ten feet from the state border would have to pay a higher rate than another country's citizen whose eligibility is based on having broken the law successfully for at least one year." 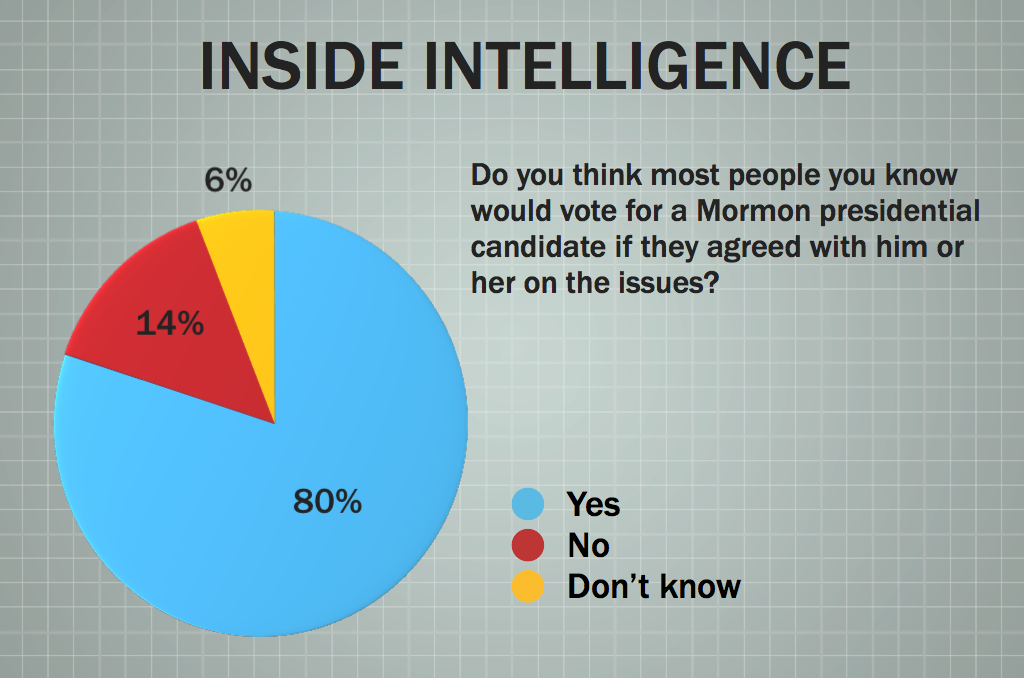 • "Maybe. Depends on who they were running against (isn't Obama a Muslim?) and how much they know about the Mormons... and their own planets they get to go to when they die."

• "Would like to think so, but also know many Christians would not, particularly in the South, as Mormonism is a cult."

• "This issue is more than just a proxy for religious bigotry. A candidate's religious views and religious participation do convey important information to voters. Is that aspect of a person's life any less important or revealing than his education, career or family life (all 3 of which are categories that usually get emphasized)?" 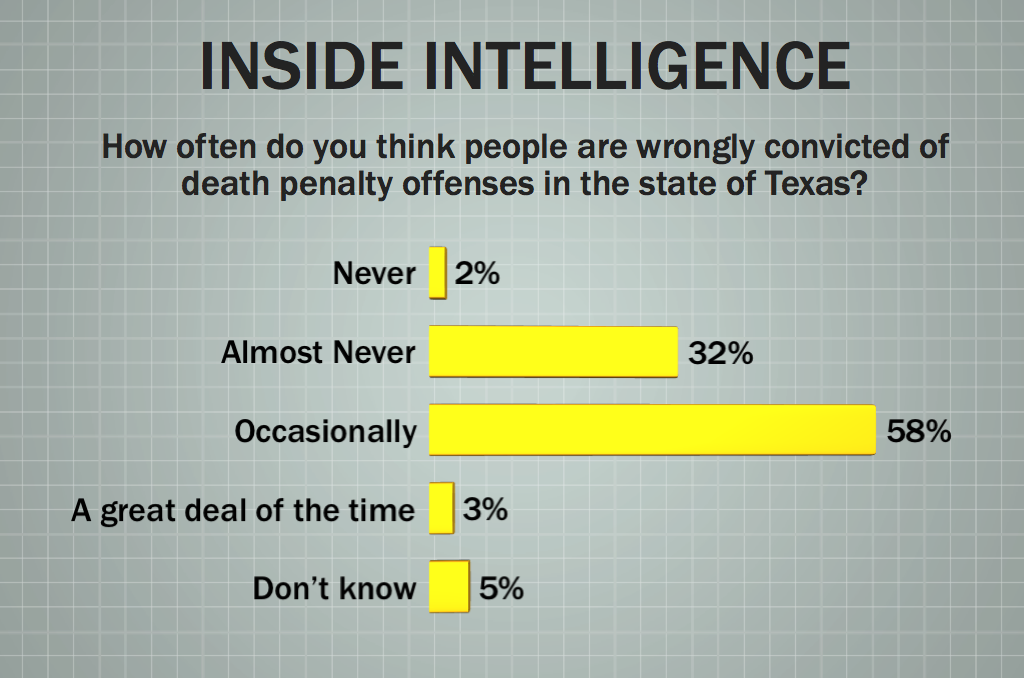 • "While our judicial system is not fool-proof, let's not dismiss the 99.9% of the time that the system gets it right in cases where the death penalty is fully warranted."

• "In Houston, Dallas and Tarrant, it has been rampant. Virtually every death penalty under those wretched big city DA's in the 70's, 80's and 90's should be reexamined, and every single charge the Williamson County DA has filed since taking office should be reconsidered by a neutral prosecutor."

• "Once would be too much. Especially when the prosecutors fight against even DNA evidence and the Board of Pardons and Parole refuses to recommend clemency."

• "There are adequate measures currently in place to appeal such wrong convictions. Thankfully, reversals are rare, which means our legal system is working well."

• "Almost never is not never. Most disturbing is that Texas seems in deep denial on this issue." 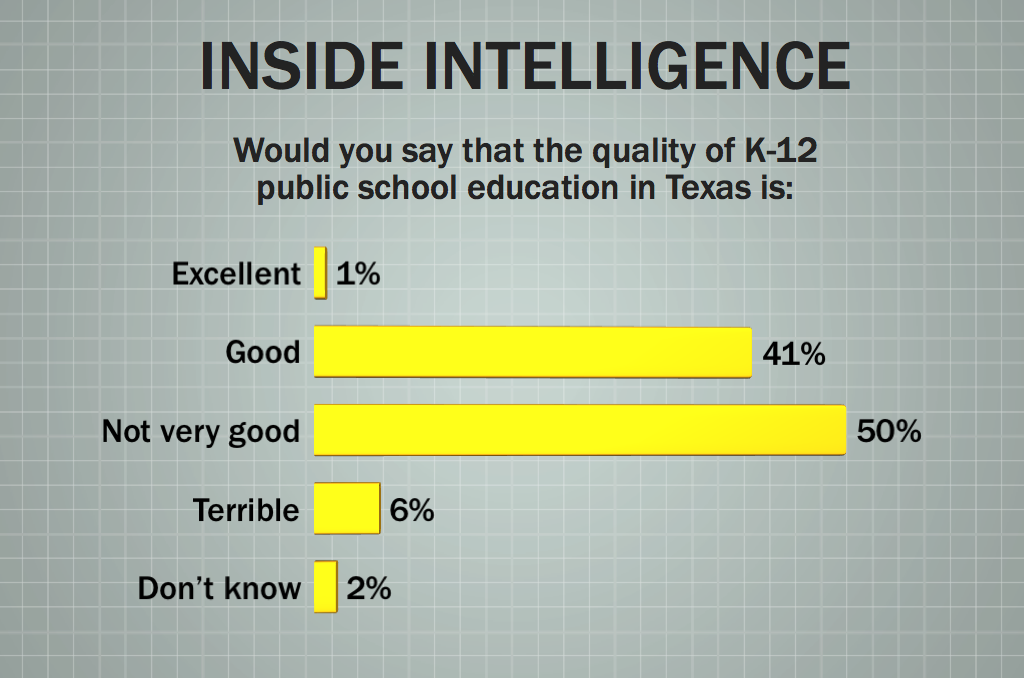 Would you say that the quality of K-12 public school education in Texas is:

• "Each year, children graduate from Texas High Schools and they must take REMEDIAL English and Math before moving on to College Level courses! If they were truly being taught in school, these classes would be unnecessary"

• "Depends on where you live. I don't see families in Westlake or Lake Travis rushing to pull their kids out of public school"

• "There are numerous exceptions (Highland Park, Westlake), but the combination of lots of factors--cutbacks in funding, Robin Hood, etc., etc., means that a majority of Texas schoolchildren are NOT receiving the educations they need." 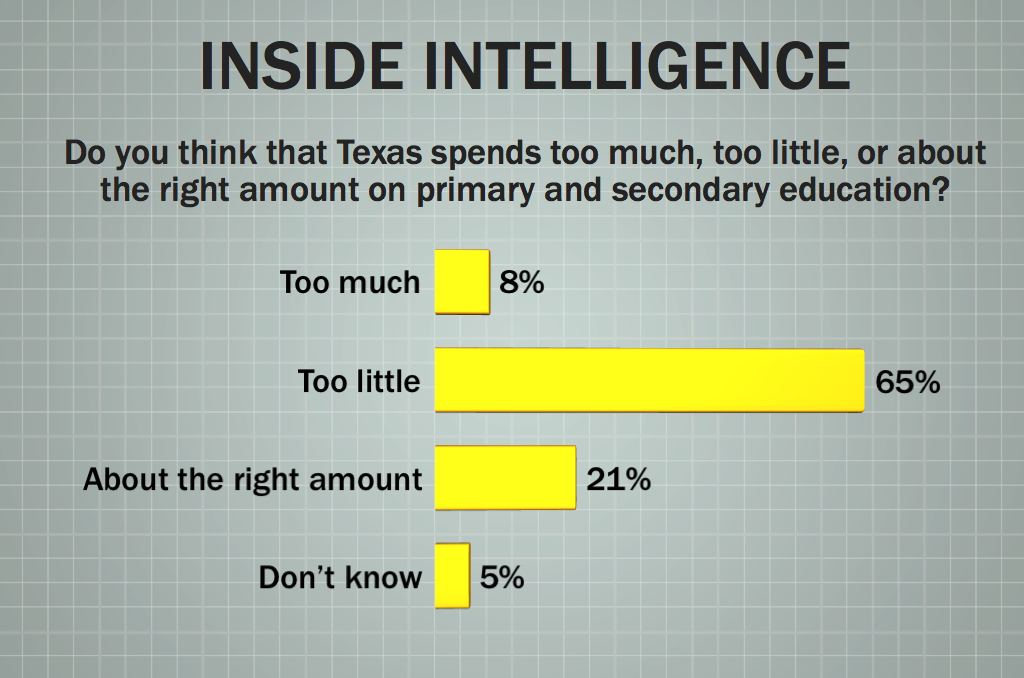 Do you think that Texas spends too much, too little, or about the right amount on primary and secondary education?

• "Look at results, not spending. Or so the saying goes, until the results start to look bad."

• "We spend without a clue of what it costs. No financial accountability, no measure of productivity."

• "You can't be serious with this question. Is there any reasonable person in Texas who thinks we spend too much on public education?"

• "When more dollars come with a guarantee of better performance by students, teachers and administrators, then it will be time to open the spigot all the way - but not until then."

• "Hard to make the case that the problem with public education is that we're spending too little."

• "More money needs to be spent on teachers and classrooms. The issue is not the money it is where and how it is used."