Our insiders have seen a few school finance lawsuits, so we asked how seriously they're taking this new round. On a scale of 1 to 5, 82 percent gave it either a 4 or a 5. They think it's the real deal.

They're not as united when asked whether the lawsuits will have some impact on the 2012 elections. But a clear majority thinks school finance — independent of the lawsuits — will be an issue in this election cycle in Texas.

Even if the lawsuits don't become an election issue, the insiders think they will certainly have an impact on the 2013 legislative session. Previous school finance lawsuits have forced legislators to make expensive repairs to the system.

As always, we've collected the full set of comments on this week's questions and included a sampling below: 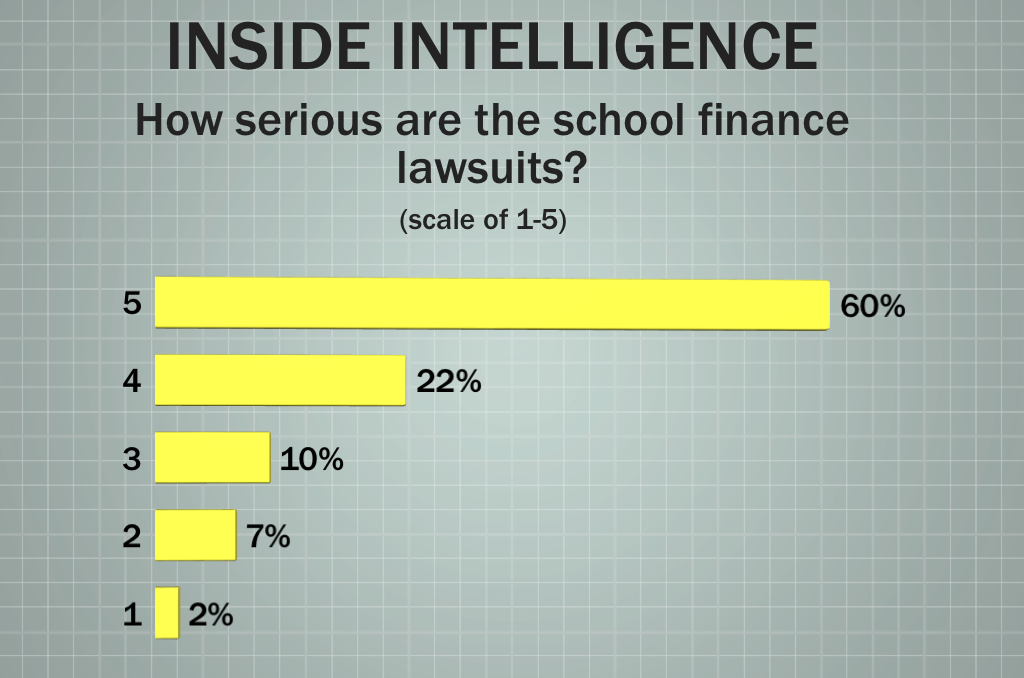 On a scale of 1-5, where 1 is low and 5 is high, how seriously do you take the school finance lawsuits being filed against the state?

• "The Legislature has never been proactive on health, prison, or education issues. They always are looking for judicial intervention to give them an excuse to do what they should have done before."

• "This is the way we set policy. The Legislature needs the cover of the court to act. Given the hybrid (read shotgun wedding) style plan adopted during the special, it's anyone's ballgame."

• "Equity is not defined in the state's constitution ... the grounds of the lawsuit are flawed. Keep the current system, and you move closer to equity."

• "The lawsuit is very serious. Inequities in the distribution of state money (put in place in 2006) coupled with the law's stranglehold on local districts to generate resources will be indefensible by state lawyers."

• "Could result in a special (session) or modification to the margins tax."

• "By the time this hits the district court, over half of Texas schools will be involved. The suit also will include parents, small business owners and other taxpayers." 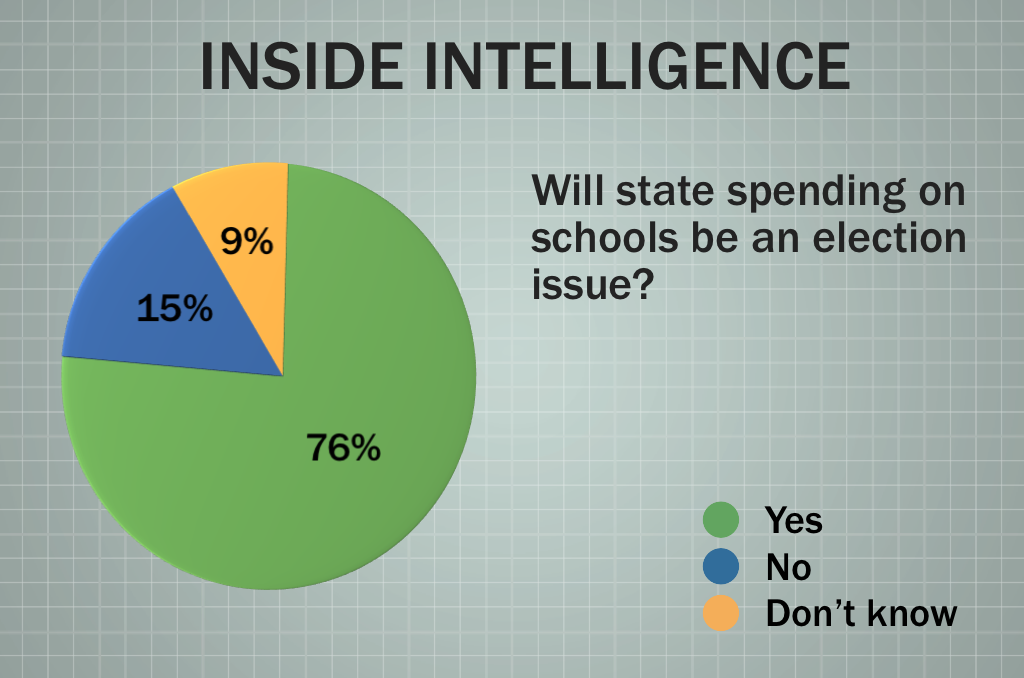 Will state spending on public schools — independent of the lawsuits — become an election issue next year?

• "Not an election issue until the Legislature does something. Look to 2014."

• "Education is, will be, and has been, a "top three" issue in legislative races for the last 20 years and will be for the next 20."

• "School districts out touting how they have been forced to cut their budgets — eliminating positions in all areas outside the classroom. Isn't this what many taxpayers have been asking for?"

• "There are already Republicans running in primaries this year, highlighting their very conservative credentials, but saying the Republican incumbent neglected education." 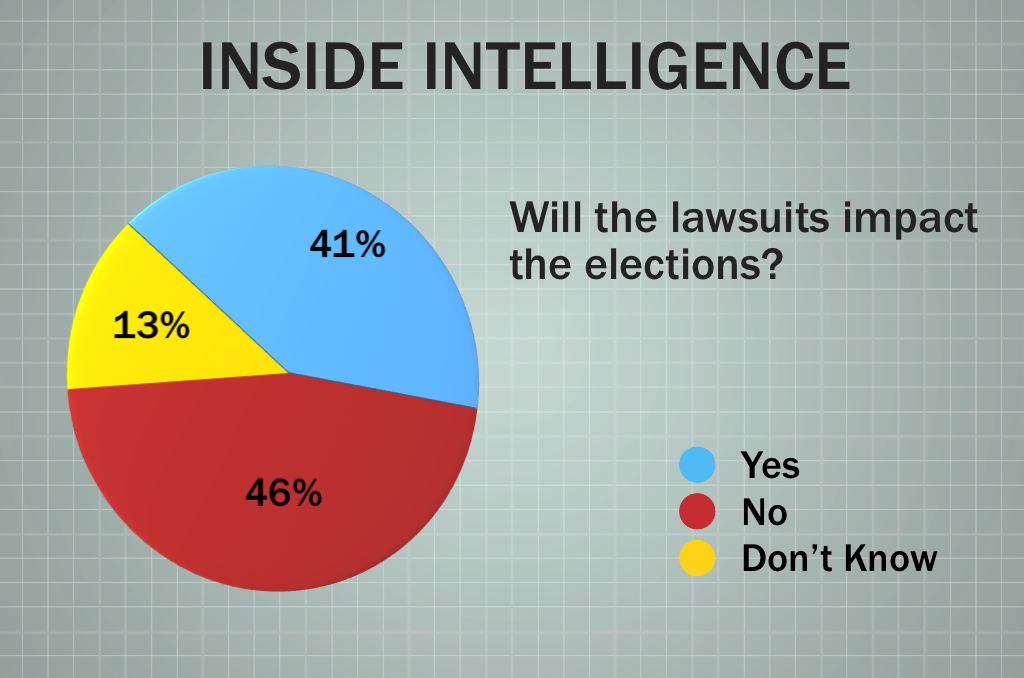 Will the school finance lawsuits have any impact on next year's elections?

• "Couple of races, but NO major impact on direction of policy."

• "Nothing will be settled by March. Many legislators won't have an opponent after the primary."

• "It's too early to tell. Most believed there was going to be a parent outcry against politicians, but it has not occurred."

• "The lawsuit itself won't have an impact on next year's election; however, couple voting records and redistricting, and you'll see a new freshman class coming in to tackle the mess left behind by the 82nd session."

• "If it turns into another Robin Hood moment the R's will go crazy."

• "You mean schools claim they are underfunded? Hold on, let me act surprised." 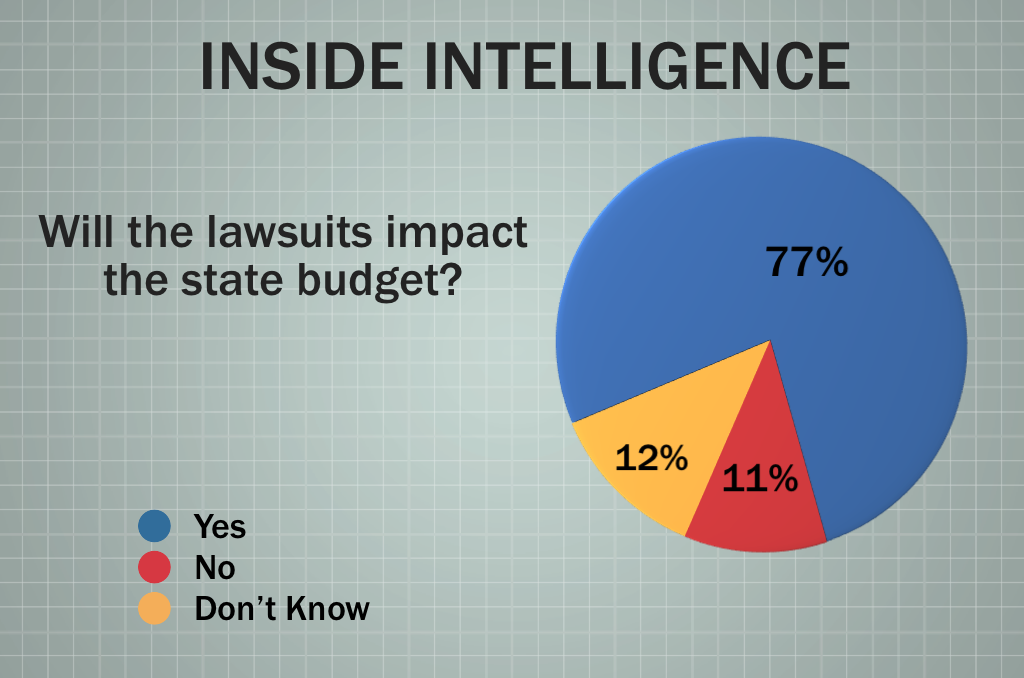 Will the lawsuits have a major impact on the budget written in the 2013 legislative session?

• "School finance always is a prime budget driver, with or without a lawsuit."

• "Odds are the courts will not complete their work until late or after next session. No legislator will make the hard revenue vote until the judiciary puts a gun to his or her head."

• "At some point, Texas as a whole will have to come to grips that without an educated workforce, our tax dollars will diminish. The less a person makes, the less amount he/she contributes to Texas."

• "The final Supreme Court judgment is not expected before the regular session, thus it probably will not impact the appropriations bill. However, it could cause several special sessions like we saw in 2006."

• "They will only have a big impact if the courts have ruled on them by that time. If not, then it is not an emergency, so the Legislature will punt."