Federal campaign fundraising deadlines are upon us, so we poked the insiders this week for their views on money and politics.

Corporate money is allowed in political campaigns to an unprecedented extent, so it seemed reasonable to ask whether it'll make any difference. The answer, at 94 percent, was a nearly unanimous "Yes."

Another twist the fundraisers have mastered is the political non-profit, an organization that allows them to accumulate money for politics without revealing the names of the donors or the amounts contributed. Most of our insiders — 88 percent — think that information should be disclosed.

Finally, we asked a self-conscious question to find out whether the public and the media are giving the right amount of attention to money in politics. Almost half answered "not enough" and only 19 percent said "too much."

We collected verbatim comments, as always, and a full set of those is attached. Here's a sampling: 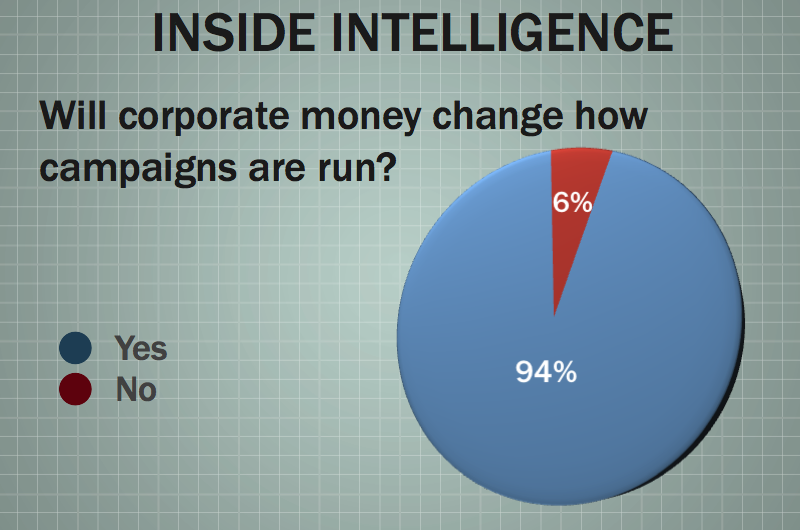 Because of recent court rulings, corporate money is allowed in politics to an extent never seen before. Will that make any difference in how campaigns are run?

• "I suspect only for single issue campaigns... I don't foresee corporations or labor unions buying ads opposing elected officials or endorsing one candidate over another candidate by name."

• "It will give corporations excessive influence to buy elections"

• "Not on the state level. In this economy most corporations are not going to open up their corporate treasuries for political campaigns. They will continue to play at the same level through their respective PACs."

• "It's not supposed to, with the prohibition against coordination, wink-wink, nudge-nudge"

• "Candidates may in some cases lose control of their campaigns and messaging."

• "It appears that business, at least some, have awaken to the fact that government agencies like the EPA and environmental groups are organized and do not have the interest of the capital markets in mind."

• "Don't forget it allows union money too. In Texas, this gives unions a big advantage because of the Texas laws that restrict coordination much more strictly than at the federal level. As players, corporate and union, become more sophisticated, we will see more take advantage of the ruling." 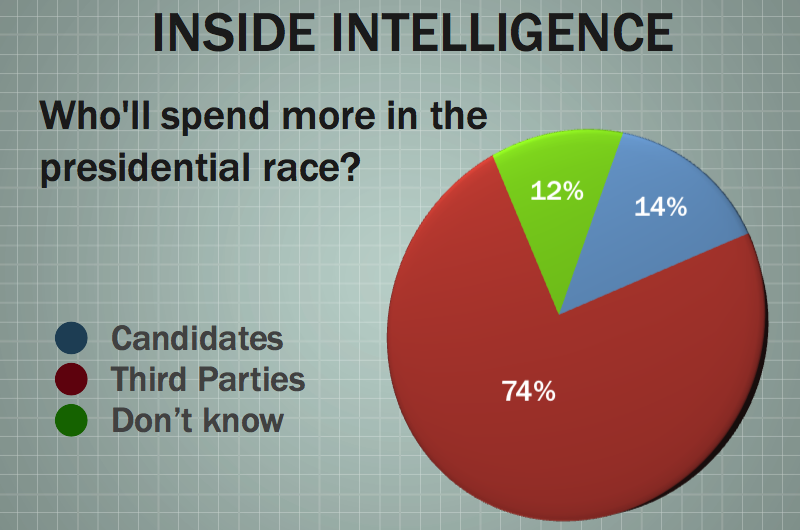 Will more money be spent in the presidential race by the campaigns themselves or by Super PACs and other third parties?

• "This is the danger of this badly flawed decision of the court's right-wing majority. Spending by these new 'people', as the decision calls corporations, will soon outspend the total spending of all official candidate committees of candidates for President, the U.S. House and Senate, the campaign committees of each party in each house, and the National Committees of each Party ... combined."

• "This is a truly scary prospect"

• "It might not happen this cycle, but if the current law is left intact the third parties will eventually become the main source of funds."

• "I think you'll see a shift over the next 10 years from the campaign itself running the entire campaign to campaigns paying for the candidate to do his thing and third parties ruling the airwaves and doing all the hit pieces."

• "Best jobs in the business are going to go to the accountants who will be counting money like a Vegas casino." 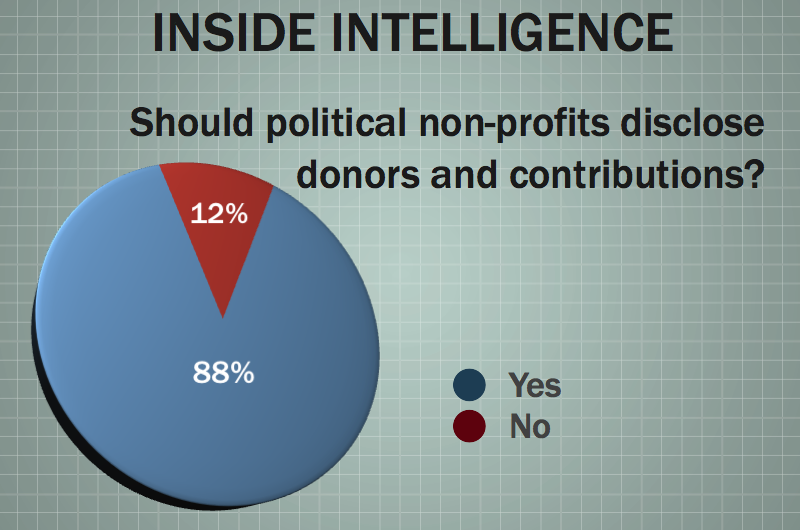 Should non-profit organizations that participate in political advertising be required to disclose donor names and contribution amounts?

• "They should. But the same groups who 'advocate' for open and transparent government are the first to keep their donor list secret."

• "The rules should be the same for everyone."

• "Disclosure has a legitimate function that serves a public interest; when regulation goes beyond that, the state enables a system ripe for intimidating people with unpopular views. We will never have 'open and honest' debate if people have to live in fear of expressing their views."

• "The Texas model works--let anyone contribute as much as they want, but make those taking the money have to own up to those contributions (trial lawyers, Bob Perry, etc.). The (c)(4) groups are going to come under increased scrutiny from the IRS with their non-disclosure and campaign activities."

• "The hell with limits if the sun shines in. Full transparency and let her rip! Everyone should be required to disclose." 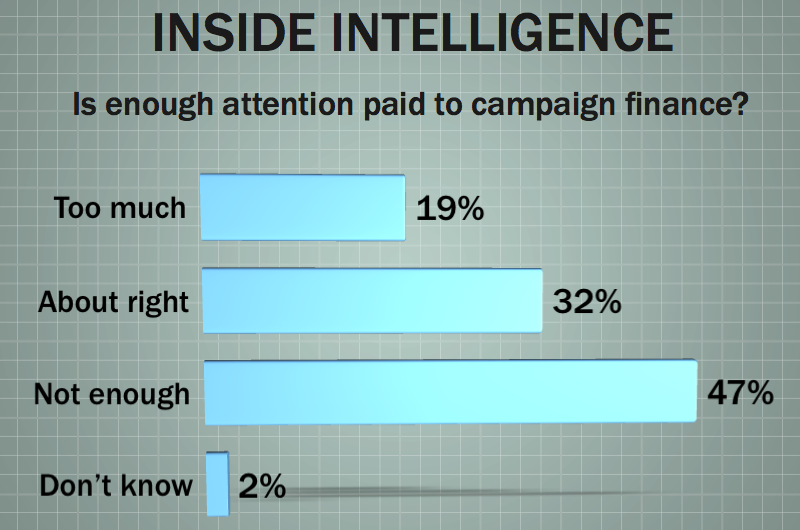 Rate the amount of attention paid to money in politics by the public and the media:

• "It is the policy they should focus on. The money is just a medium. Both sides spend way more than they ever have in the past, but they match each other in throw weight."

• "The media can't get to large chunks of the information"

• "Not much now, and even less later as it becomes obvious that corporate and other monied interests are controlling every significant policy in the nation. The public is quickly developing calluses on the part of its collective conscience that reacts to such indignities. The collapse of strong independent news organizations is very much part of the cause."

• "Certainly the 'media' are obsessed with it."

• "The public has a right to know who is buying the politicians."

• "Until there is a scandal, it will be business as usual."

• "The media and pundits bemoan it, the public expects it, and the big wheels — they keep on turning."