Immigration issues jumped into the center ring of the presidential race, so we took the opportunity to ask our insiders how that's going to play for Gov. Rick Perry.

The verdict? It depends. Most think he's got political trouble ahead for saying the children of illegal immigrants should be entitled to in-state tuition rates at state colleges and universities. But when it comes to a ban on sanctuary cities — a major topic of conversation during last year's gubernatorial election and this year's legislative sessions — only a minority of the insiders said it would hurt Perry's presidential chances.

The governor's opposition to a border fence might be a winner in Texas, the insiders say, but not in a national Republican presidential primary; 58 percent think that one's going to hurt.

Overall, three of five insiders said his positions on immigration and border security will cause him trouble in the primary election. In their comments, however, a significant number say the things that threaten Perry in a Republican primary could be beneficial in a general election, if he gets that far.

As usual, we've collected a full set of verbatim comments, and those are attached. Here's a sampling: 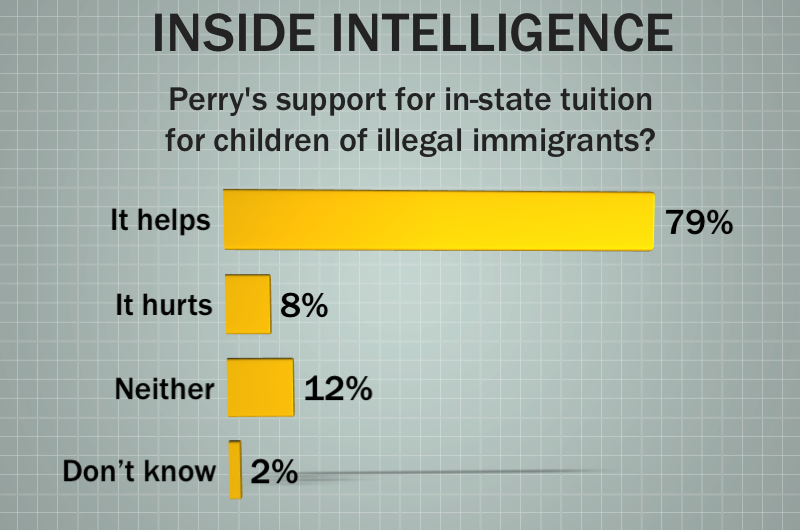 Does Gov. Rick Perry's support for in-state college tuition for the children of illegal immigrants help him or hurt him in the GOP presidential primary?

• "Hurts because the sound bites will never convey the fact that this is actually a good policy position for a change. Too easy to describe it as something else done to help people illegally in this country without looking at the merits."

• "Giving benefits to illegals or children of will be a problem initially for anyone who voted for or signed a bill."

• "It's one of the rare extreme positions he has that helps him in the general election. If he wins the Republican nomination while publicly defending Hispanics, then he could do very well against Obama."

• "Perry was accidentally progressive, in the distant past when rationality was still a legitimate argument." 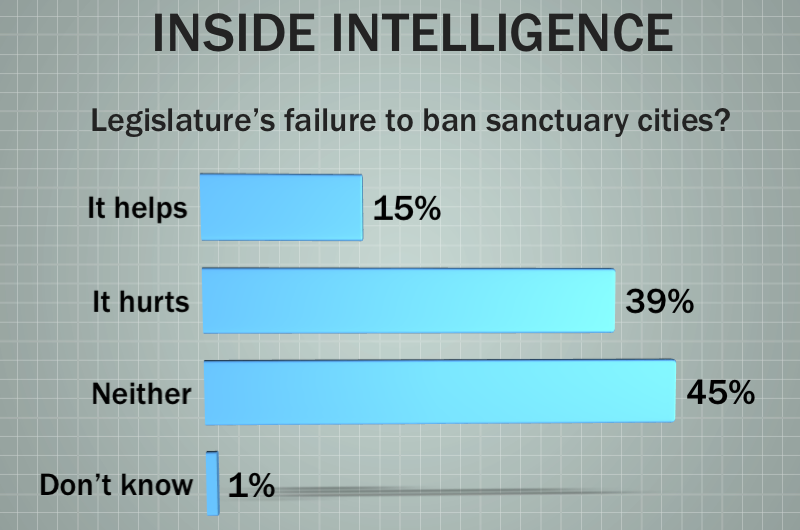 Does the state Legislature's failure to adopt Perry's call for a ban on sanctuary cities help him or hurt him in the primary?

• "Sanctuary cities is so over. He is right to ignore them."

• "Anyone who calls this a tempest has teapot envy."

• "Tea Party nut bags will soon realize his hypocrisy that he called it on one hand and killed at behest of the money boys on the other hand."

• "Rs want police shaking down all Hispanics for cause or no."

• "This is a nationwide issue, not just a border state issue. The criminal element gaining free reign on our streets is a BIG negative." 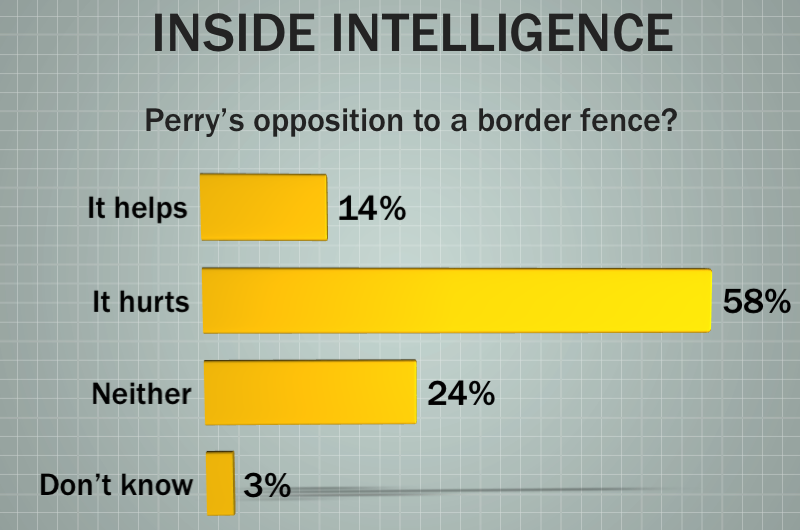 Does the governor's opposition to a border fence help him or hurt him in the primary?

• "Actually, the fence is the only solution crazier than the virtual wall he pushed. Opposing an 1800 mile fence now that the border rush is slowing down seems very thoughtful."

• "There is no option for it both hurting and helping him in the primary. Not all white Republicans are nativists. And a significant percentage of Hispanics will vote Republican. Opposing the border fence helps him with these voters, but it hurts him with nativist Tea Party types."

• "To primary voters north of San Antonio it will be hard to believe that he is serious about border security whilst opposing the fence."

• "A good number supporting a fence live in states no bigger than Memorial stadium."

• "Thus far, he has said a "physical fence" is unnecessary and, essentially, wasteful. And anyone watching his first debate saw the other candidates footnote their answers about a border fence, saying it could be done via technology. So Governor Perry may be leading on this one." 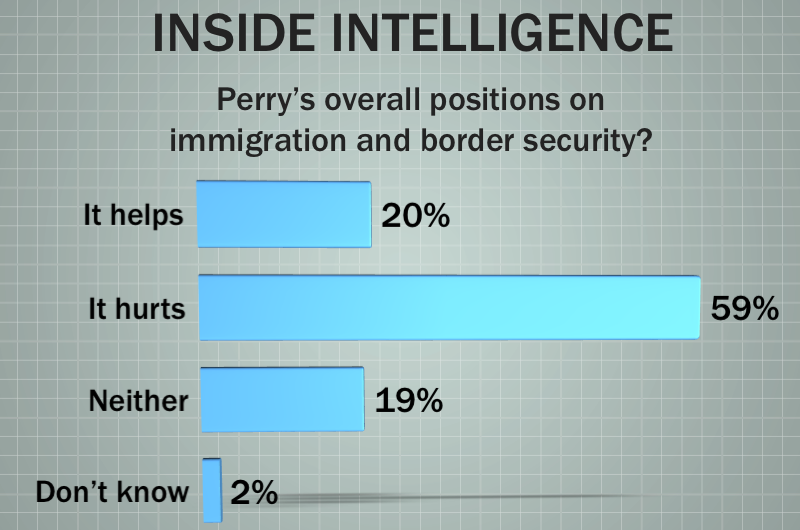 Taken as a whole, do the governor's positions on immigration and border security help him or hurt him in the primary?

• "Probably hurts because he is being a realist. Most primary voters are not."

• "He has the conservative creds, and strangely, the fact that his immigration stances appear moderate to them helps him counter Romney's electability argument."

• "Jobs and the economy will be the main issue for everyone. Period."

• "He has the advantage of governing the state with the largest US/Mexico border. He comes off with more authority on the subject than his counterparts."

• "He's right about these issues in Texas, both politically and practically. It's hard to explain that, however, to people who are so rabidly opposed to his positions."

• "This is worse for him in the primary than everything else (crony capitalism, HPV, Social Security) put together."

• "The fact is Gov. Perry is reasonable and correct on immigration (no snickering); the question is will the reasonable elements of the GOP outnumber the unreasonable voters in the primary. Oh yeah, if they do, will Perry's less reasonable positions (HPV) harm him more than immigration?"