Rick Perry now has a presidential debate behind him, so we asked our insiders for their first impressions. Most thought the Texas governor's performance was "good." A few (15 percent) thought it was "great," and only 8 percent thought it was "poor." Having seen Perry on stage with seven other presidential candidates, almost half of our insiders think he's on his way to the Republican nomination, and 32 percent give that prospect a "maybe" rating.

And then there were the comments, which are more interesting (as usual) than the tallies. We've put all of them in one document, which is attached, but here's a sampling: 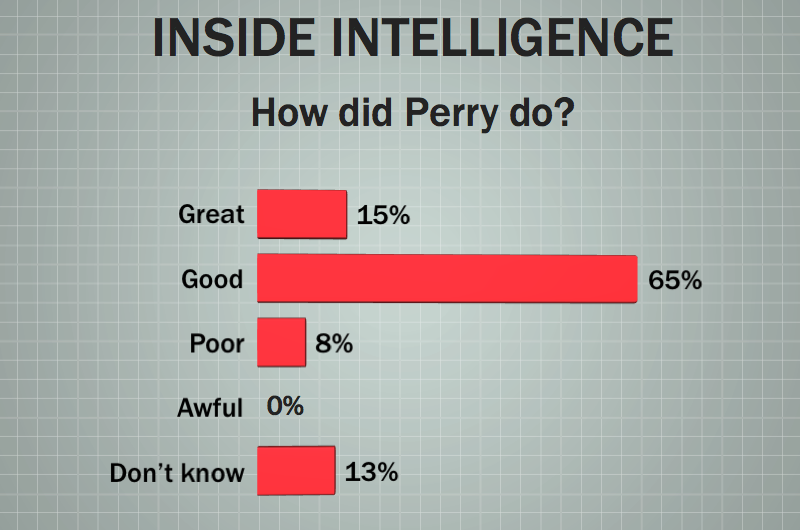 How did Perry do?

• "He did OK - not good, not poor. He started strong, but faded badly. Clearly, he has much work to do to be comfortable discussing major issues."

• "Rough around the edges, but getting his sea legs on the national stage. If he continues to improve, he'll be unstoppable for the nomination. People question lines like 'Ponzi scheme', but it's red meat to primary voters!"

• "The disconnect between the pundit class and Republican voters is more surprising than anything he said in the debate that could be considered controversial, e.g., Social Security, climate change."

• "Solid B. lots of attention will be paid to the Ponzi Scheme comment, but he doubled down on his anti-Washington rhetoric... needs to be sharper, more substantive in next couple debates... answer on death penalty was absolutely perfect"

Now that you've seen him with the other candidates, do you think Perry will be the Republican nominee? 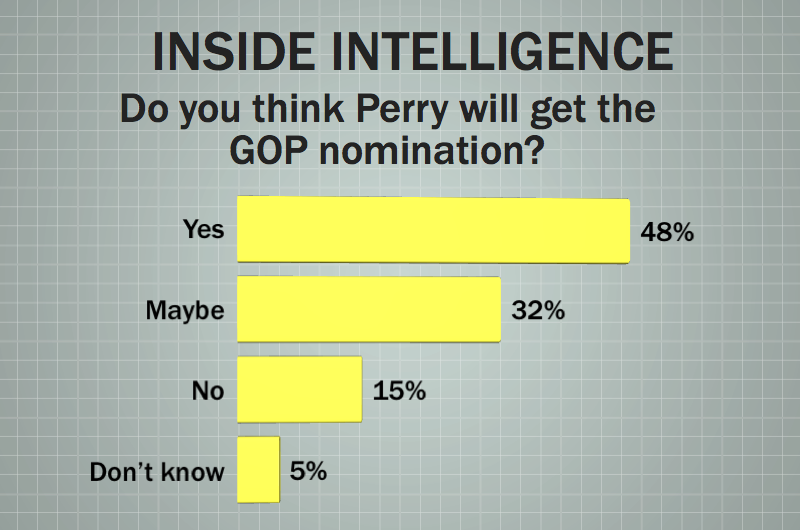 • "He's too far out of the mainstream. Even today's Republicans aren't going to be comfortable with a nominee who is going to scare old people by calling Social Security a Ponzi scheme."

• "None of the other candidates have the political moxey to go toe to toe with Governor Perry. One of them will need to hire Karl Rove to have any chance to beat Governor Perry."

• "It's most definitely a Perry/Romney show unless one of them commits a major error. Romney (and Huntsman) are the most electable of the group, but Perry will play the primary voter the same way he has played conservatives in TX - masterfully. And no one on the outside will understand how he did it."

• "It's the Perry-Romney show and who do you think the GOP base will elect? Not Romney."

• "Team Perry is the only campaign who is running to win a Republican Primary Election. He is feeding the red meat machine and will be rewarded. Who cares about a general election if you can't win your primary."

What were the high and low points of the debate, and what did you find surprising? 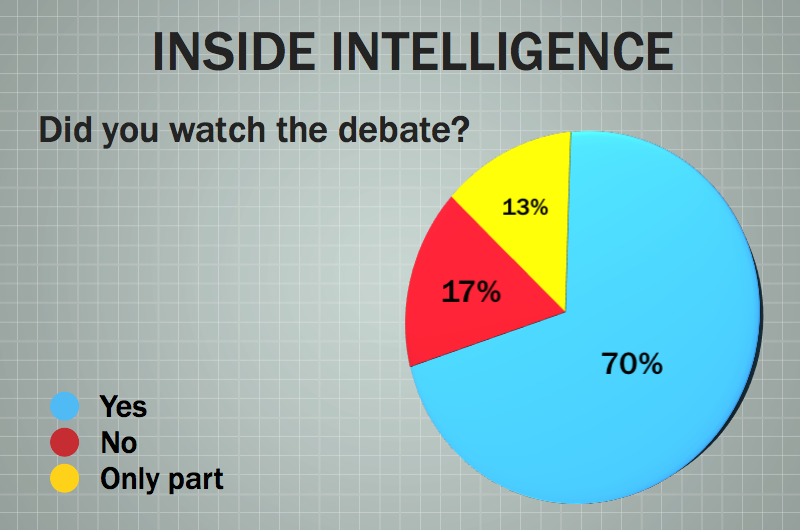 • "I was surprised that Governor Perry publicly dissed Karl Rove. I was impressed with Governor Huntsman. He was poised but he missed his opportunity to back up his comments about his Republican competition. I wondered as bad as President Obama is doing in the public opinion polls how could he still be leading the individual Republicans in the field. The debate illustrated why President Obama still has hope, the Republicans are playing to a very small and extreme group of voters who have lost favor with the general public."

• "The realization that Galileo was outvoted and thus science just cannot inform policy in regard to the environment. The high point of the debate for me was Perry's mocking facial gestures when Romney was standing up to his condescending rhetorical bullying. I find it amazing that Newt Gingrich gets to renew his franchise on relevancy. Ron Paul still comes off as the nice cranky guy who lives down the street who will lecture you if you walk by his house."

• "I suspected that the others would attack Perry, but I was still surprised by it - I guess in bar fights and debates you should always knock the Hell out of the biggest dude in the room first. Ron Paul looked like the whiney old man who lives at the end of your block bitching about the garbage truck."

• "The audience applause at the death penalty numbers in Texas was appalling."