Hand a bunch of insiders a list of 31 senators and ask what's going to happen next, and you turn them into outsiders. The most insider deals of all happen when legislators meet amongst themselves to choose their leaders. It happens in the House every session. In the Senate, it only happens when the lieutenant governor leaves in mid-term. With David Dewhurst running for U.S. Senate, the game is afoot; if he wins in 2012, the Senate will pick his replacement. If Rick Perry leaves the governor's office, the lieutenant governor — Dewhurst or otherwise — would get his job.

That's the setup. We asked the insiders to forecast what might happen if the senators were to meet to choose new high officials. Who would win? Would the Democrats have any say in a Republican Senate? While we were at it, we asked the insiders which senators won't return in 2013, either because of retirement, defeat or the search for another office.

The results? No clear winners. If senators were picking a new lieutenant governor, the insider money is on Kevin Eltife of Tyler, with 36 percent, Robert Duncan of Lubbock, 26 percent, and Steve Ogden of Bryan, 18 percent. Only one other senator — Tommy Williams of The Woodlands — broke 5 percent. No Democrats made the list.

The senators most widely expected to leave are Mike Jackson, R-La Porte, who has said he'll run for Congress, and Wendy Davis, D-Fort Worth, who faces reelection in a district drawn to elect a Republican instead of Davis. Next on that list: Ogden; Chris Harris, R-Arlington; Florence Shapiro, R-Plano; and Jeff Wentworth, R-San Antonio. Harris and Wentworth have both announced plans to seek reelection. Ogden is waiting until after the holiday and Shapiro has been laying low when reporters call.

The full set of verbatim answers is attached, but here's a sampling of what the insiders had to say: 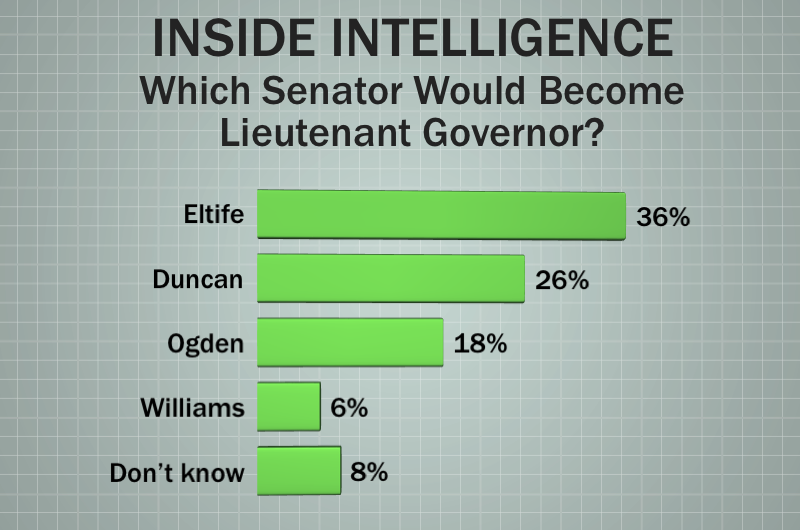 If David Dewhurst moves on after the 2012 election, which senator is most likely to be chosen by colleagues to replace the lieutenant governor?

• "Eltife has earned respect from the moderates and D's. They feel he would run the Senate in a fair and efficient way."

• "It's much easier to tell you who is least likely to replace Dewhurst."

• "I think RLD is the most respected among the body as the most balanced."

• "Deal will be cut on major chairs. Eltife is seen as the fairest and most trustworthy of the group."

• "They'll choose someone like Ratliff back in '01 — someone who doesn't threaten them, someone who will let them do as they please. Eltife fits that bill. So does Duncan, but he's going to get beat in his next race — you heard it here first!" 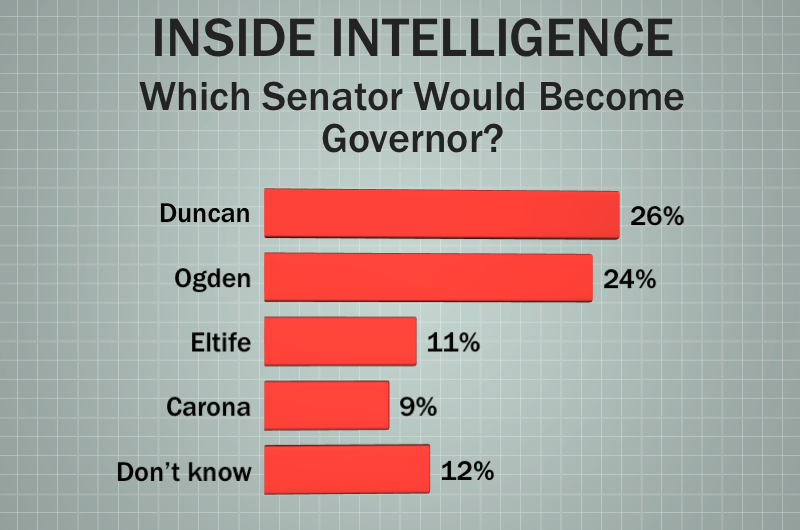 Which senator would senators choose if they were choosing someone to act as governor if Rick Perry and David Dewhurst both move up or out?

• "Ogden would be chosen to be Lt. Governor in the event BOTH Perry and Dewhurst move up. Therefore, Ogden becomes Gov. and the senators must choose again for Lt. Gov. In this case, Sen. Eltife will be the overwhelming choice for Lt. Gov."

• "This was harder. I suspect that the Rs would make the call on this one. I think Tommy would have a lot of support if he wanted it. The cynical side of me would say 'who do they want to get rid of?'"

• "If Rick Perry moves up, Dewhurst would sacrifice and say the state of Texas cannot afford to send two of its best leaders up to D.C. Since Perry is in a more influential place, Dewhurst could best serve the state if he gave up the Senate seat and instead took the mantle of governor. Oh, and I guess he would also be able to select the individual who would serve in the interim as U.S. senator." 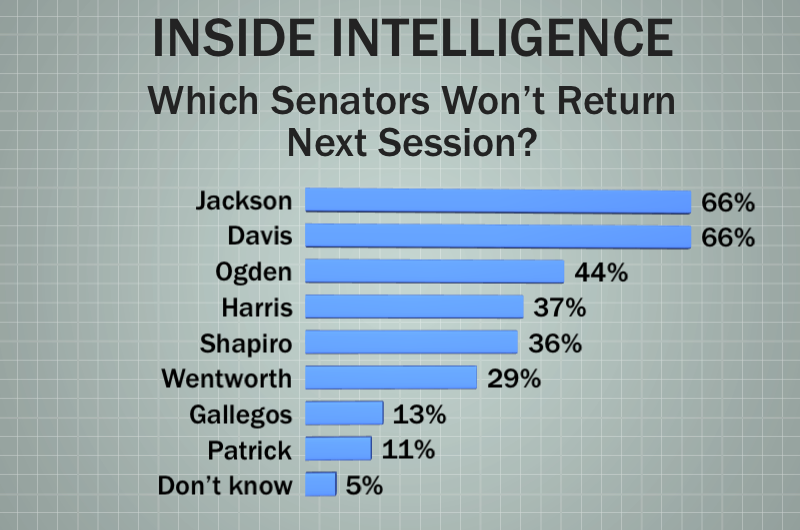 Which senators do you think will not return next session, for whatever reason (didn't run, got beat, moved up)?

• "Impossible to predict at this point."

• "Wentworth only if an opponent is found from Bexar County that either has $ or knows somebody that has $."

• "Duncan will get beat, Harris will retire, Jackson and Uresti will run for Congress."

• "The Dan Patrick Crazy Pants Caucus is about to get a little bit bigger, and not just because Senator Patrick likes doughnuts."

Democrats are in the minority in the Senate and will be until the next Legislature is sworn in, which could happen after they've chosen successors for Dewhurst and/or Perry. What influence will Democratic senators have on the outcome of a succession race?

• "None. Vote will be taken in Republican Caucus."

• "Depends on the pressure of the teavangelical element of the republican party. A couple of moderates could vote with the Democrats to alter conventional wisdom. Today that doesn't seem likely."

• "I doubt Republicans can achieve unanimity on a successor (jealousies, rivals, retribution, etc) no matter Dan Patrick's wish (he would be the last guy chosen) and therefore think the D's can and will play a role."

• "If the R's split on the selection of a successor then the D's get to pick. Otherwise, they have no influence at all."

• "Despite calls for purity, the winning R Senator will have to have D votes to become Lt Gov, which is why he will not compete in the race in 2014."