The beneficiaries of the overtime session? Nobody got 32 percent; followed by Republicans, at 31 percent; Gov. Rick Perry, at 20 percent; Democrats at 11 percent; and schools, at 7 percent. 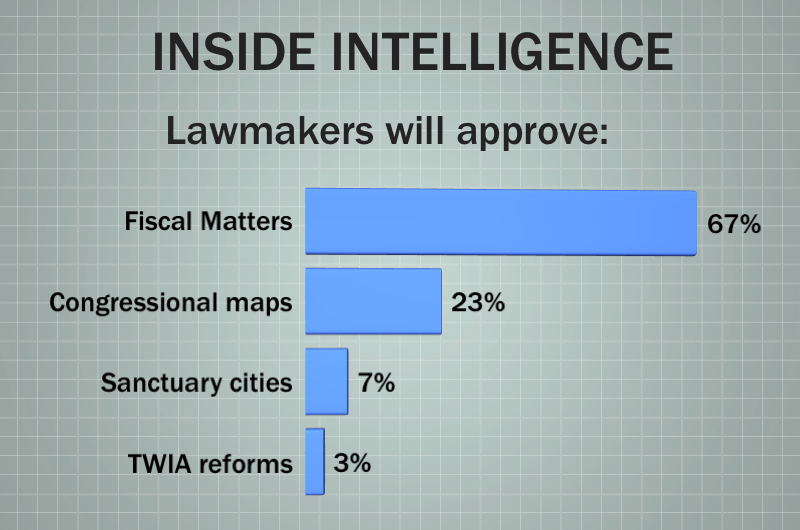 The biggest group — 47 percent — thinks this will go on for two weeks. More than a third expect it to last for the full 30 days. The rest are split between the optimists and the pessimists: 10 percent think this will be over in ten days, and 9 percent think there will be another special when this one is done.

The full verbatim comments on this week's survey are available here, but here's a sampling: 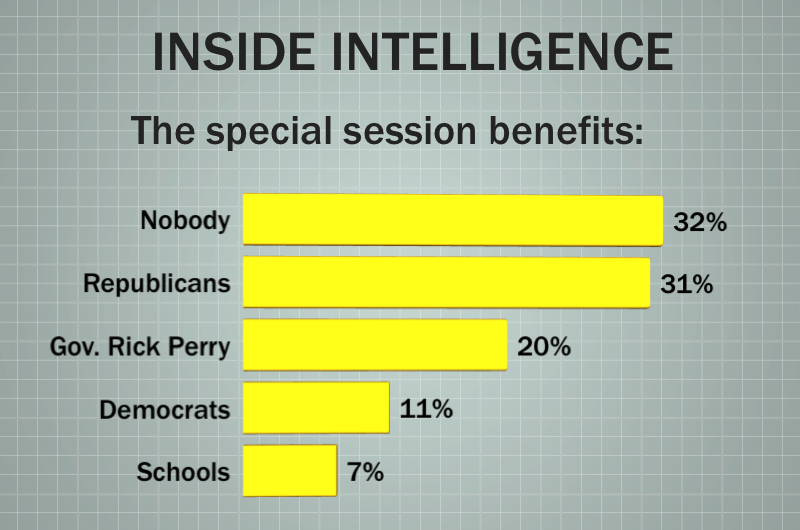 The special session is good for:

• "Finish what the Democrats derailed and without 2/3 rule in Senate and super majority in House it has to be good for Republicans."

• "Rs get second bite of the apple on many issues that Ds had managed to make go away during the regular session."

• "It raises the level of public awareness, and although I expect the outcome for public education funding to be the same, Democrats have yet another opportunity to let people know that there is more than enough money in the bank to spare our schools the $4 billion cut."

• "Republican Congressmen who do not want the courts to draw their maps."

• "The nice restaurants around Austin." 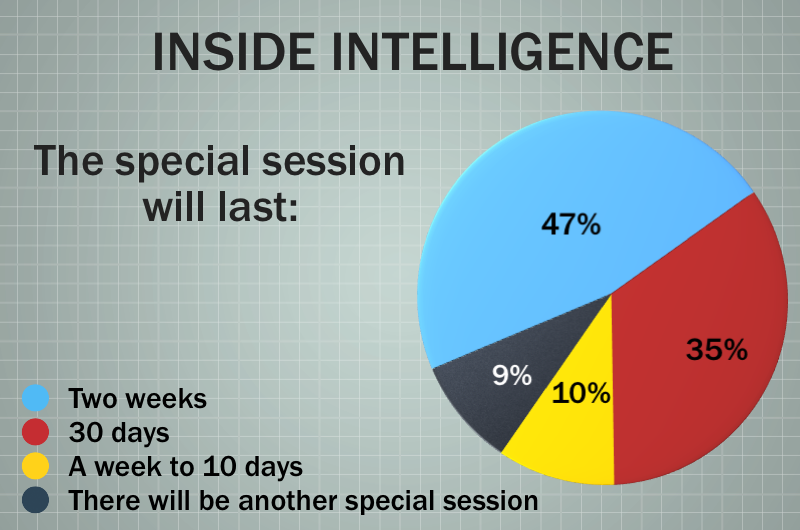 The special session will last:

• "First two weeks are key...but as more issues are added, more time will be needed."

• "Earlier, Perry said he would call a special in the middle of July for TWIA, so I assume his political campaign advisers have a calculated reason (national spotlight) for having another session in July. If he adds TWIA to the first called, then my answer would be 'the full 30 days.'"

• "Two weeks, but if TWIA and sanctuary cities are added, could go longer." 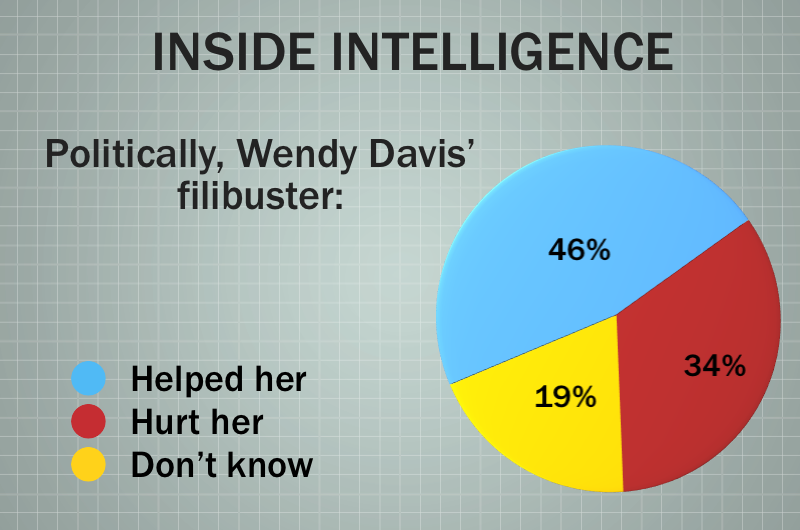 Are Wendy Davis' political prospects helped or hurt by her filibuster at the end of the regular session?

• "Tell her to save the newspaper headlines, articles and editorials for the scrapbook - to reminisce about her one term in the Senate."

• "Neither. She was already dead woman walking"

• "Her primary stock rose dramatically, but it doesn't matter; she loses in the general."

• "The folks in FW will appreciate the fight and moxie. She'll only lose her election by 4 or 5 points, as opposed to 8."

• "Looked to me like it played better at home than in Austin."

• "It's being portrayed as 'she stood up for public education.'"