Whatever he decides to do during the 2012 elections, the overwhelming majority — 82 percent — thinks his occupation will be Governor of Texas in 2013 when that race is over. Another 11 percent say he'll be vice president then, and 7 percent predict he'll be a resident of the White House.

We also asked about Congress, what with the Legislature finishing its regulation time without finishing its redistricting business. They never really got started on congressional maps (there's a hedge in there in case someone gets bored during the last weekend of the session and files a congressional map). Was that a mistake? Yes, according to 54 percent of our insiders. About a third — 35 percent — say it's not a mistake to leave the maps for a panel of federal judges to draw.

Texas gets four new seats in that map. Right now, with 32 members in the state's delegation to Congress, there are 23 Republicans and 9 Democrats. What'll it be in 2013, after new maps are drawn with the four new seats? Most of the folks in this week's survey — 59 percent — think each party will get two seats, putting the total at 25 Republicans and 11 Democrats. The Republicans will get one more seat than that, according to 16 percent of the insiders; 18 percent say the Democrats will get 12 seats.

As always, we left room for comments, and the full set of verbatim answers is attached. Here's a sampling: 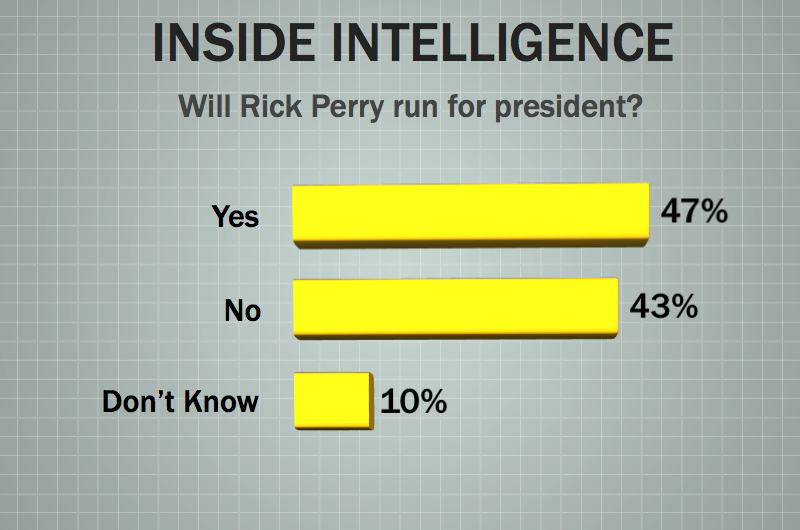 Will Rick Perry run for president?

• "This may be a good opportunity for him, but I do not think he'll go. Don't rule out VP."

• "Nothing to lose and everything to gain. And, he would be a compelling candidate."

• "He will run...in 2016. He will be the indispensable man during the next cycle, speaking for the nominee who will have the pleasure of losing to Obama. He will come back and run for Governor again in '14 and be the prohibitive favorite two years later."

• "The field is wide open for him. The GOP is increasingly becoming a rump Southern party, and the primary demands a Southern candidate not named for a salamander. At worst, Perry raises his national profile, expands his fundraising base, and sells more books by running." 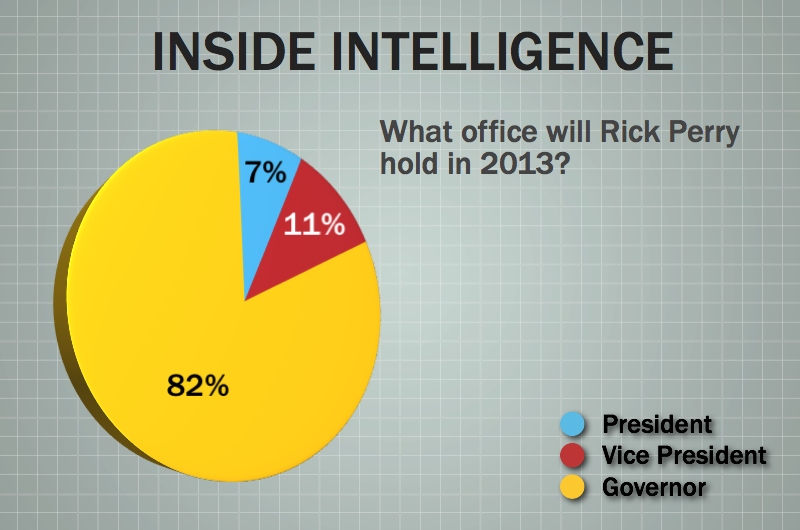 What office do you think Rick Perry will hold in 2013?

• "Maybe an appointed position in a republican administration."

• "America doesn't want another Cowboy-in-Chief. We're still cleaning up after the last one."

• "If he runs, he probably wins the nomination. But he ain't beating Obama." 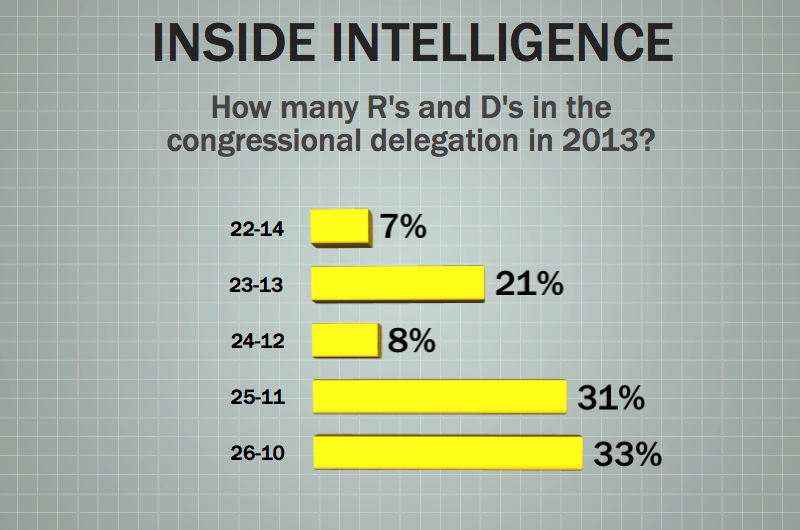 Are legislative Republicans making a mistake in leaving congressional redistricting to the courts?

• "Courts don't seem to value incumbency the way politicians do."

• "Heck, there's a higher percentage of Rs on the bench than in the Texas House right now."

• "They were going to draw them anyway. The only mistake here is not giving the courts a benchmark to start with."

• "Legislative leaders see little upside in getting involved in the fight between Lamar Smith and Joe Barton." 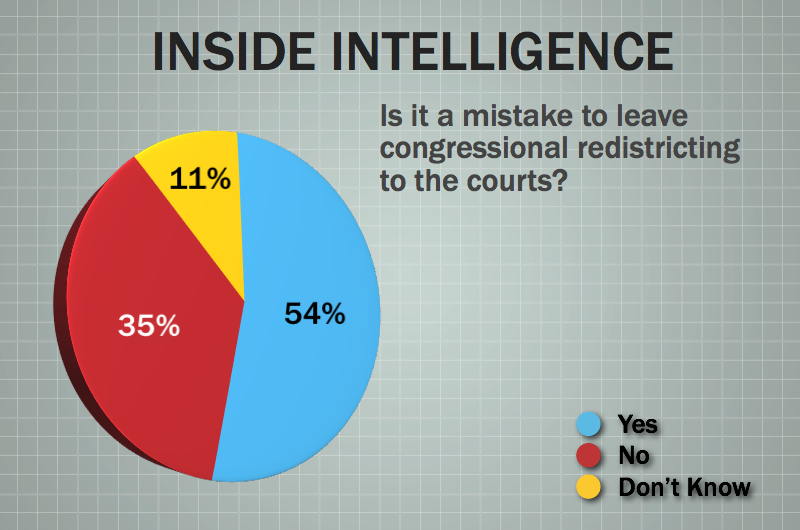 • "Ten years ago, the Texas Congressional delegation had unquestioned leaders, especially DeLay. Now they cannot get their act together and provide detailed guidance to the legislature. Instead of a GOP-tilted map for 2012, we're apt to get a neutral one. Not good for GOP."

• "The better question is, do any of them care?"