Most voters — 83 percent — say it's "not at all important" that their elected representative is the same race or ethnicity as they are. That's true across ethnic groups, but there are differences. It was of no importance to 87 percent of whites, to 72 percent of blacks and to 81 percent of Hispanics. 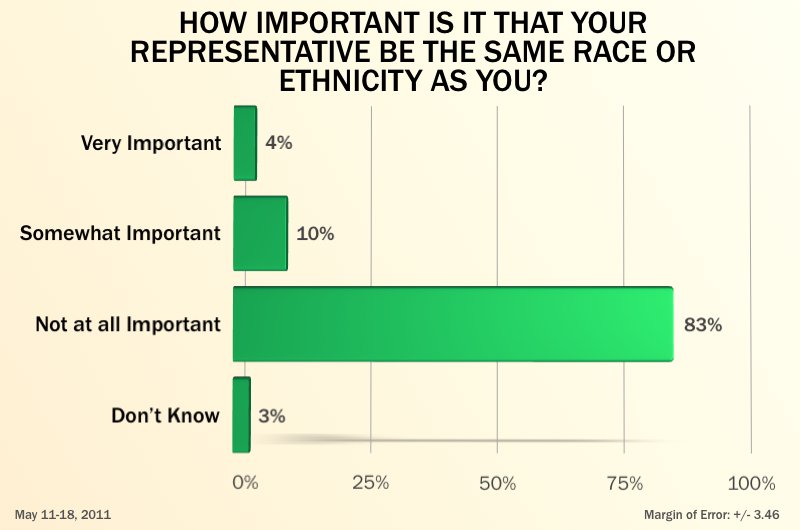 The differences between "descriptive" and "substantive" definitions break along ethnic and racial lines, but Jason Casellas, who teaches government at the University of Texas and is associate director of the Irma Rangel Public Policy Institute there, says he expected a bigger divide. "They're not as pronounced as I thought it would be," he said. Still, there are significant differences in the findings.

The respondents are split right down the middle — 44 percent to 44 percent — when saying whether "my member of Congress represents people like me." There are differences in the crosstabs here, too: Whites are split 44-43 in favor of that statement, blacks are split 50-38 against it, and Hispanics are against it by a narrow 42-39 margin. 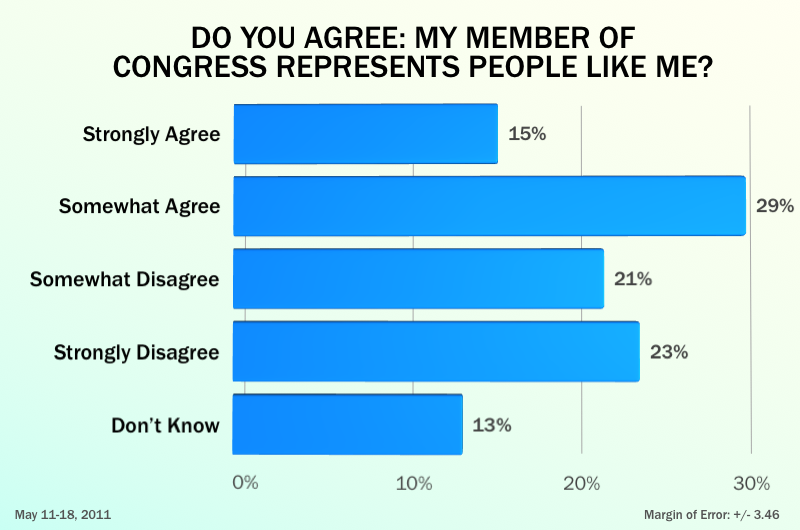 It's more important that they live in a legislative district with people like them, however: 55 percent say that's "very" or "somewhat" important, while 34 percent say it's not at all important. The answers didn't vary much by ethnic group. 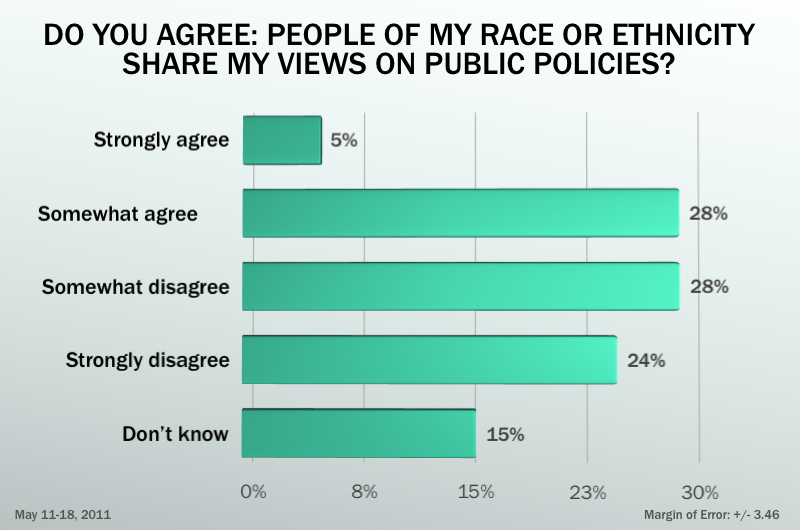 Those questions and answers play directly to redistricting. The Legislature drew new House, Senate and State Board of Education lines during this session, but will apparently leave congressional lines to the courts. Many Texans think the job should be taken away from them. The respondents say they would prefer an independent appointed redistricting commission to the current system, where lines are drawn by the legislature and approved by the governor, but a large group — 30 percent — is undecided and the number wanting change — 40 percent — doesn't make a majority. 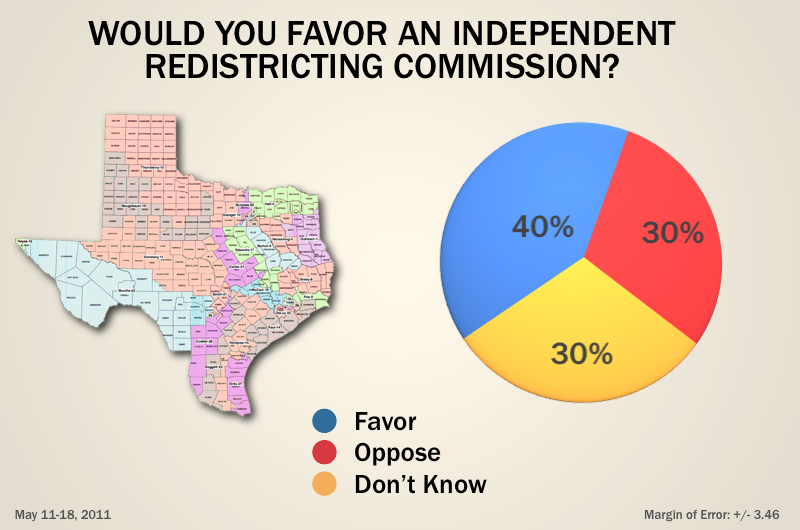 "The redistricting question is what we've seen before — they want to take the politics out of it," says pollster Daron Shaw, who teaches government at UT. He adds: "It's also not an issue people are fired up about."

Most — 61 percent — say it's not at all important that more legislators of their race or ethnicity are elected to the Legislature and to Congress. That was important to only 20 percent of white voters, but it's important to 57 percent of blacks and to 48 percent of Hispanics. 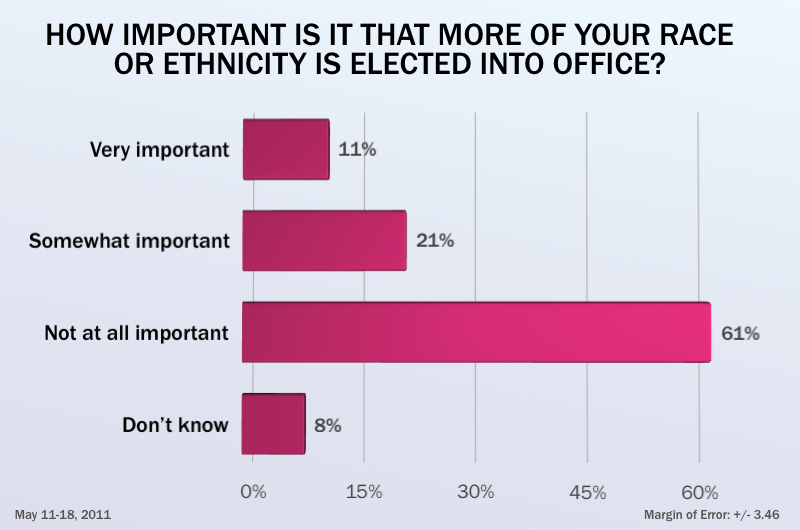