The top issues facing the U.S. are the economy, 29 percent; federal spending/national debt, 17 percent; and unemployment/jobs, 14 percent. Nothing else in the poll broke into double digits. 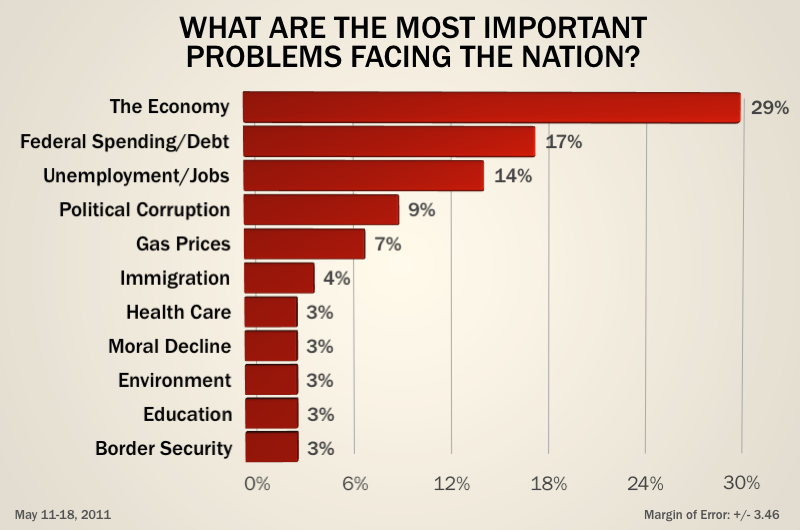 Immigration and border security together have dominated most important problem lists in Texas for several years.

"It's still hard to look at those numbers and not be astounded at how constant their presence is in the political consciousness of this state," says Jim Henson, who teaches government at UT, runs the Texas Politics Project and co-directs the poll. "It's been one of the most consistent results we've gotten … that is that immigration and border security in some combination always score over 20 and in some cases, over 30 percent." 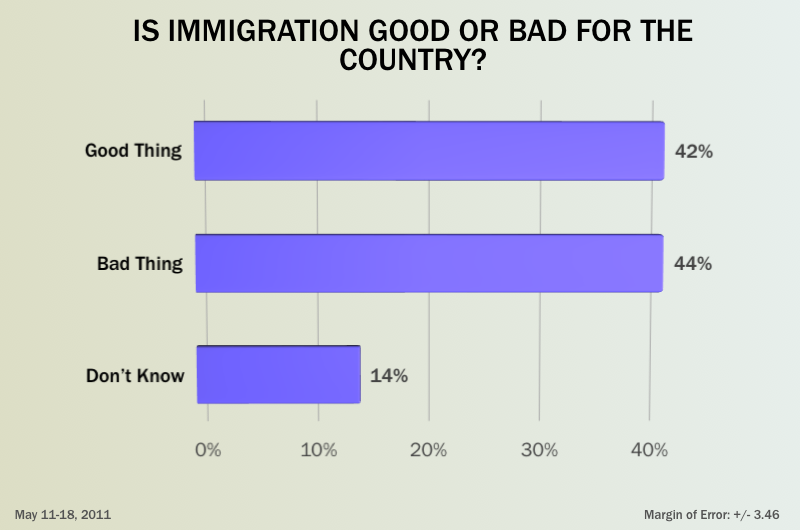 "I can't believe how border security and immigration hang in at the state level," says Daron Shaw, co-director of the poll and a professor of government at UT.

Education has risen on the list of important issues, breaking into the double digits for the first time. "That clearly reflects the conversation going on at the Legislature," Shaw says.

Henson thinks it could grow as the cuts that have been talked about become apparent at the local level. "That's a sign of rumblings," he says of the rise in interest. "We've all been asking, 'When are Texans going to notice what's going on with education, beyond the folks coming to the rallies?' This isn't an earthquake, but it could be a tremor." 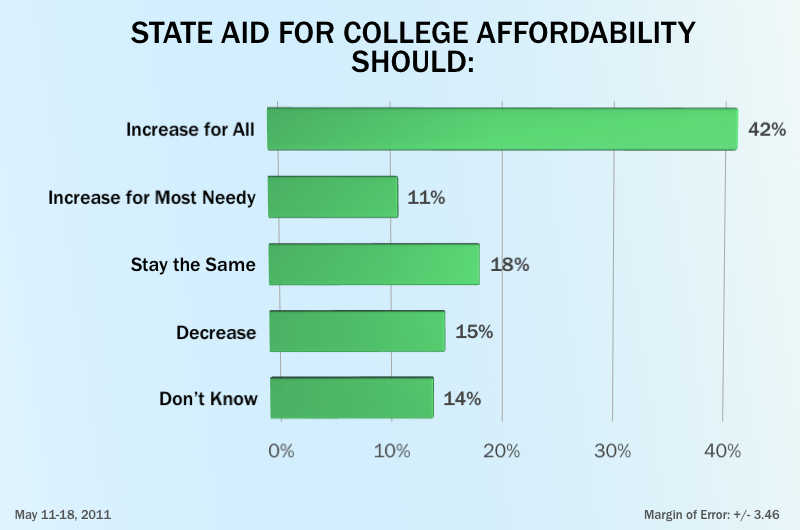 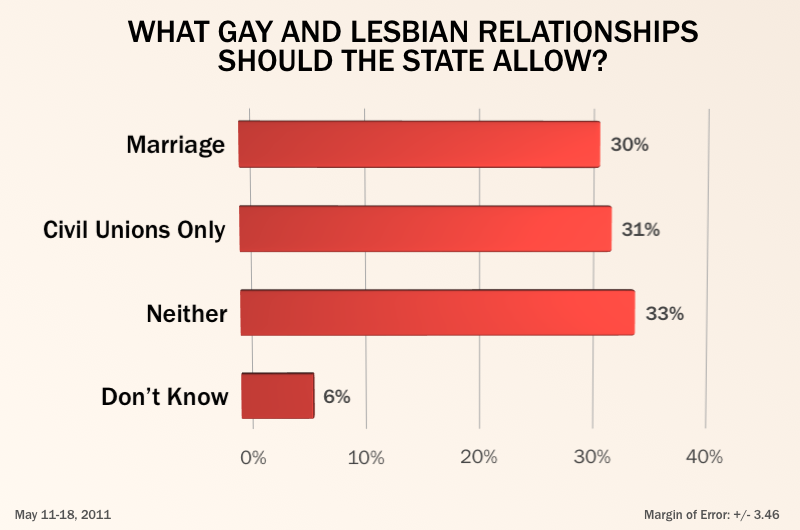 Texans don't support a federal immigration overhaul that would give most of the illegal immigrants in the country a pathway to U.S. citizenship. While 37 percent would support that, 57 percent oppose it. The responses are similar when asked how they would feel about allowing the children of illegal immigrants to become U.S. citizens if they go to college. But under one circumstance, they open the door widely. Most — 59 percent — would allow those kids to become U.S. citizens if the join the military. About 37 percent oppose that exception. 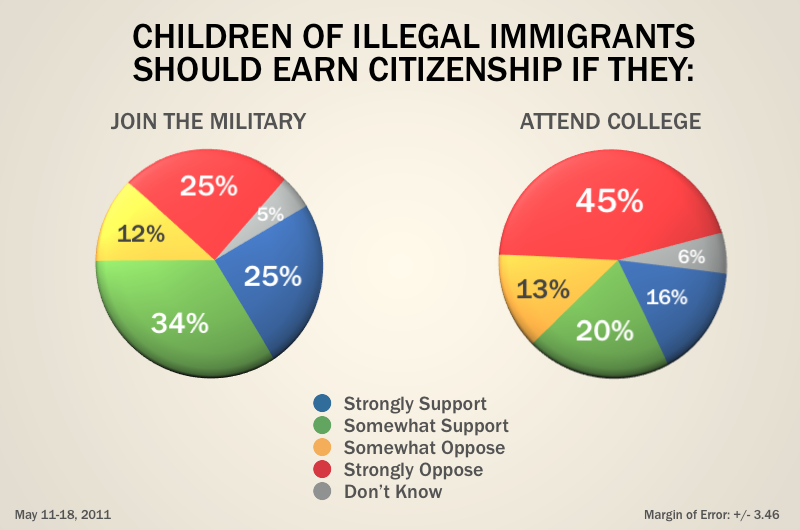 "We start talking about the kids and constructive ways to engage this, and pathways to citizenship, and it depends on what the pathway is," Shaw says. "This, to me, is a wedge issue for Democrats. It's an issue that ought to unite Republicans … but as a practical matter, if you put some policy proposals out there, those numbers change."

Sanctuary cities aren't popular with Texas voters, but less than half favor a law requiring local police to actively enforce federal immigration laws. About the same number — 38 percent — support allowing the police to enforce those laws. And only 12 percent say cities and counties should be allowed to tell police not to do that. 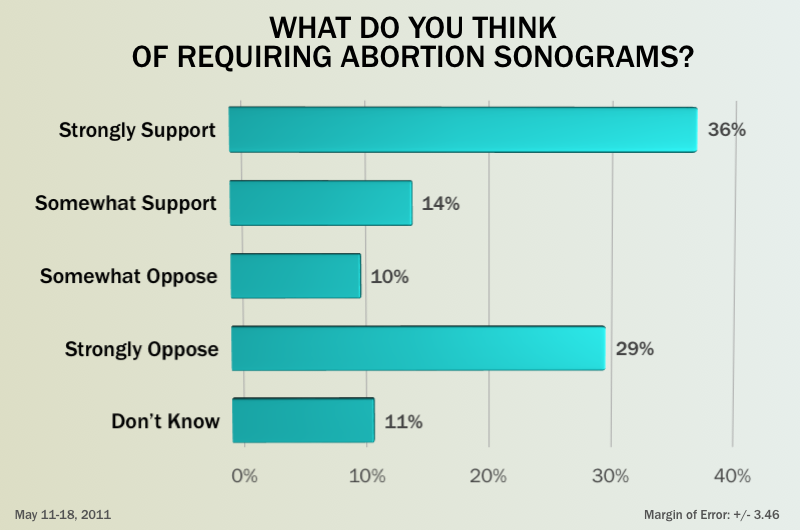 The governor's abortion sonogram bill, which he signed into law this week, has the support of 50 percent of the poll's respondents, while 39 percent oppose it.

Ask registered voters whether the state government in Texas serves as a model for other states, and more than half (52 percent) agree. What's more interesting, Henson points out, is how the issue resonates with Republican voters. Of those who "strongly agree" that Texas is a model, 84 percent identify themselves as Republican. Those who "strongly disagree" are 80 percent Democratic.

Both pollsters say the question sets up a contrast with Washington that benefits Texas and, to some extent, political figures from Texas.

"It looks like a really good model unless you're watching at it up close," Shaw says. "But it's got to be better than what goes on in Washington, which seems to go on endlessly."