It's May of an odd-numbered year, so we asked the insiders whether the big stuff will get finished during regulation time or whether there will be special sessions this summer, and about what issues won't get resolved.

The insiders tilt, slightly, toward a special session, with 51 percent saying lawmakers won't finish work on the budget by Memorial Day (when the session ends) and 47 percent saying they will.

The Texas House has already voted out its redistricting map and sent it to the Senate, and the State Board of Education maps have already been approved by both houses and sent to the governor. The Senate didn't start (in public) on its own map until after the budget was out. Even so, 69 percent of the insiders think senators will vote out a map before the end of the month.

A copy of the full answers is attached, but here's a sampling:

Will the House and Senate agree on a budget or will that issue force one or more special sessions this summer? 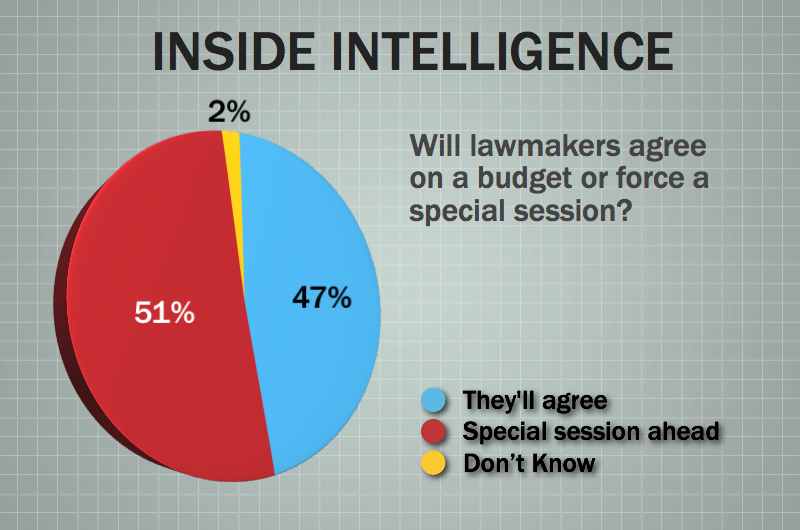 • "Neither House nor Senate want to start the process all over again in the summer."

• "They will get out of their jam by deferring over six billion into the next biennium, allowing the House to add only a few billion to their version and the Senate to say they are betting on the rebounding economy (or the Economic Stabilization Fund) to bail them out of having to implement severe cuts to public education and health and human services in 2013. Either way, I think they should halt their pursuit of a federal balanced budget resolution. Makes them look just a little hypocritical to be pointing their fingers while playing with their own balance sheet."

• "They'll agree, but without a single Democratic vote in either the House or the Senate. There will be no question who owns the budget - Republicans."

• "I thought they might finish on time. I still think there's a chance, but it is shrinking by the day. The gap is just too large."

Will the Senate vote out a redistricting map? 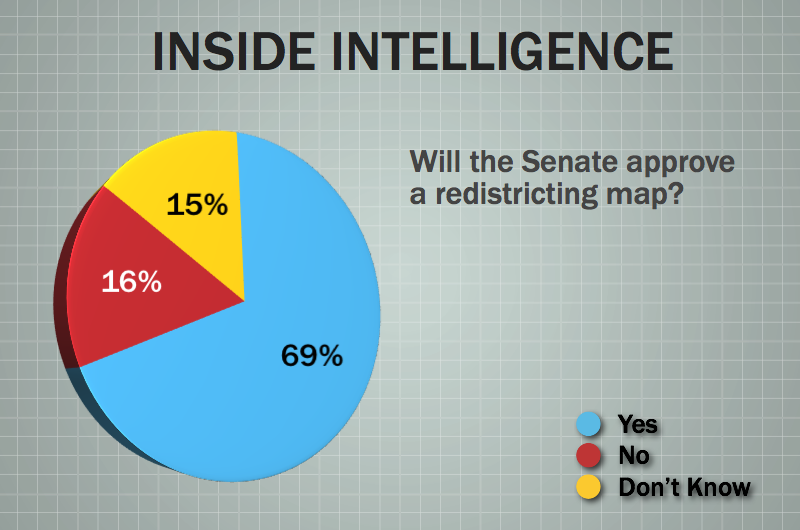 • "They have about 17 days to pass it out of the Senate, but the House will hold it hostage until the Senate conferees agree to more cuts in the budget."

• "The Dems will block with the Senate's two-thirds rule."

• "Although the Democrats would be better off with a Senate drawn map than one crafted by the LRB, it would seem they stick together. That along with a handful of unhappy Republicans will make it difficult to pass a map."

Will the House and Senate agree on a congressional redistricting map? 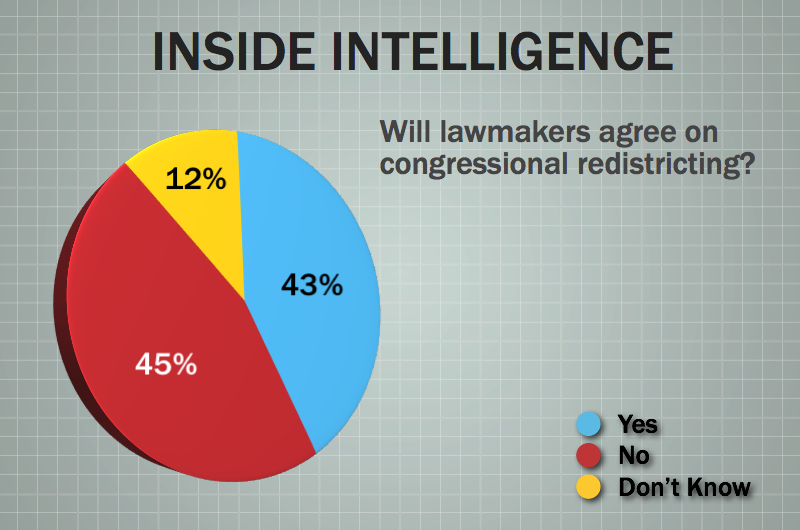 • "Not enough time. Three federal judges will get to decide how much work political consultants get for the next decade."

• "They don't want a court to do it. If they think they'll be in special on the budget anyway, they might not rush it."

• "Where is Tom DeLay when we need him?"

• "Sure--but maybe not during the regular session."

• "It will be difficult for the Senate to get a map voted out. If this one goes to special session, however, they do have a chance of getting it done."

What issues are most likely to be left unfinished at the end of the session?

• "Congressional redistricting, any semblance of business tax reform, funding for the state water plan and probably at least one sunset bill will run out of gas."

• "Budget, redistricting and one or two other 'urgent' items like meddling with women's reproductive rights. 3 specials total - all summer."

• "The state's structural deficit and the related failure to implement a sustainable and stable revenue stream for K-12 education."

• "Health, education and many others, if your question goes to leadership. If it is only a question of crossing the t's and dotting i's, it will all get taken care of."

• "EVERYTHING. Despite a super-majority, the Republicans can't agree to pass anything because they are too spooked by the hard right. This will/should be known as the do-nothing legislature."