The U.S. Census Bureau released its final batch of state-by-state redistricting data this week, making it possible to visualize population growth by race and Hispanic origin across the country.

Texas received its data several weeks ago, and we displayed these trends by counties and legislative districts in two interactive maps.

This map has a similar view but shows the rate of Hispanic growth: 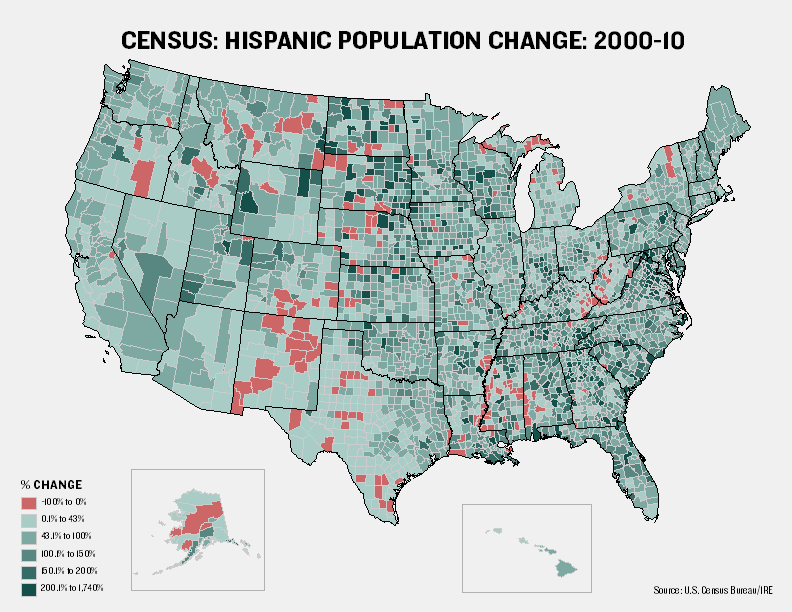 I've also uploaded high-res PDF files (all population, Hispanic) and the raw data behind the maps. 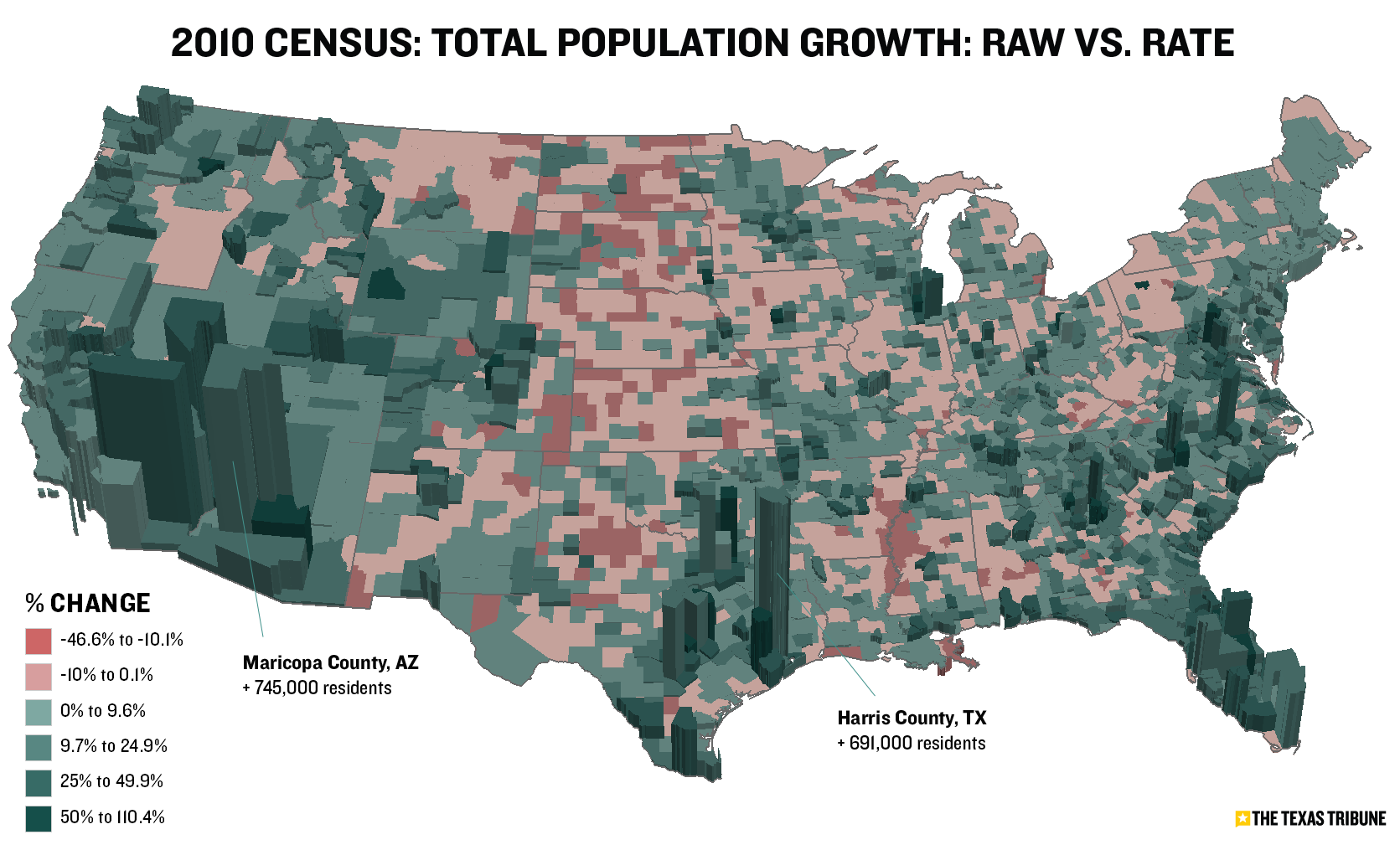 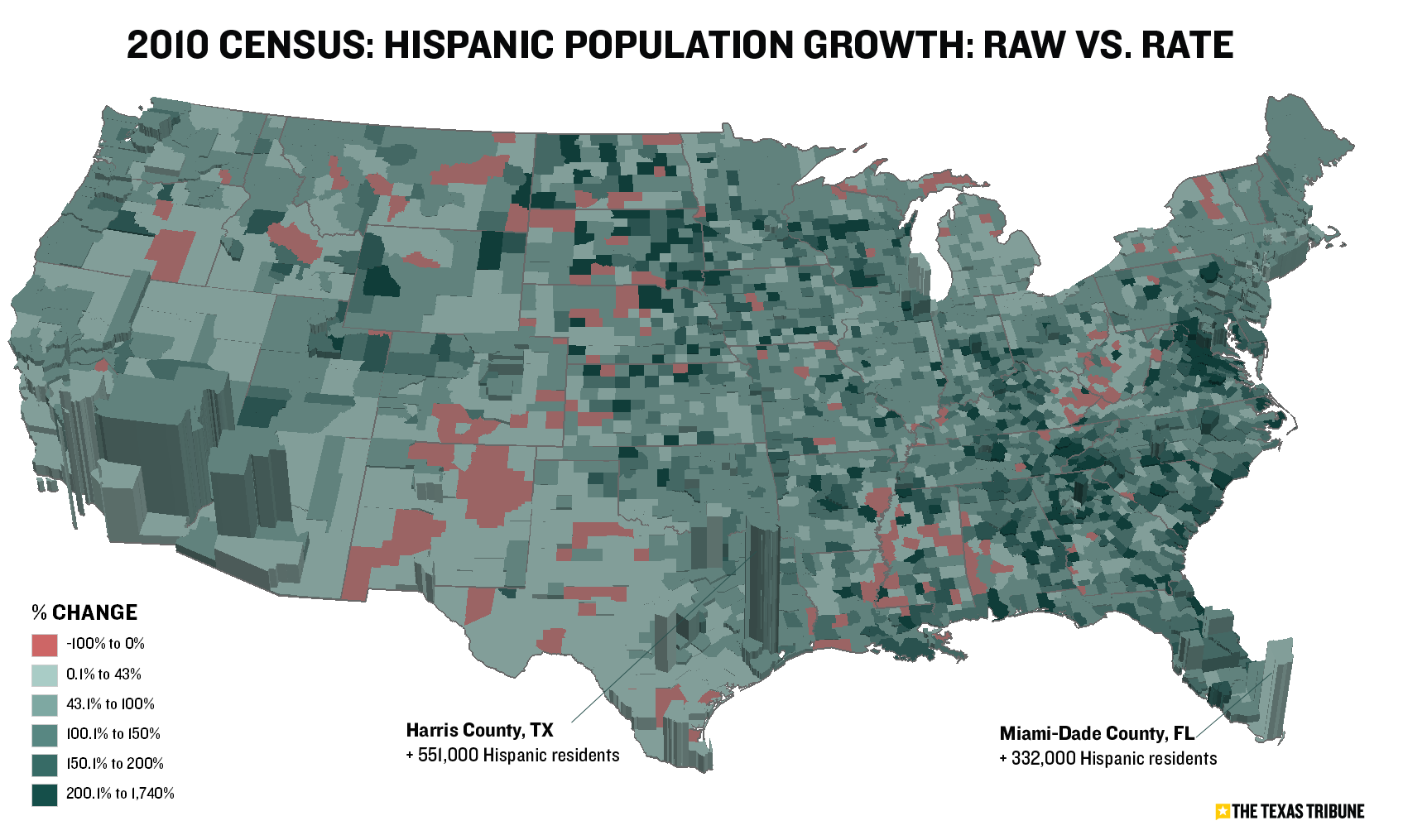