This week, we asked the insiders to zoom in on what it would mean to make deep cuts to public education, as proposed by the House, the Senate and the governor. 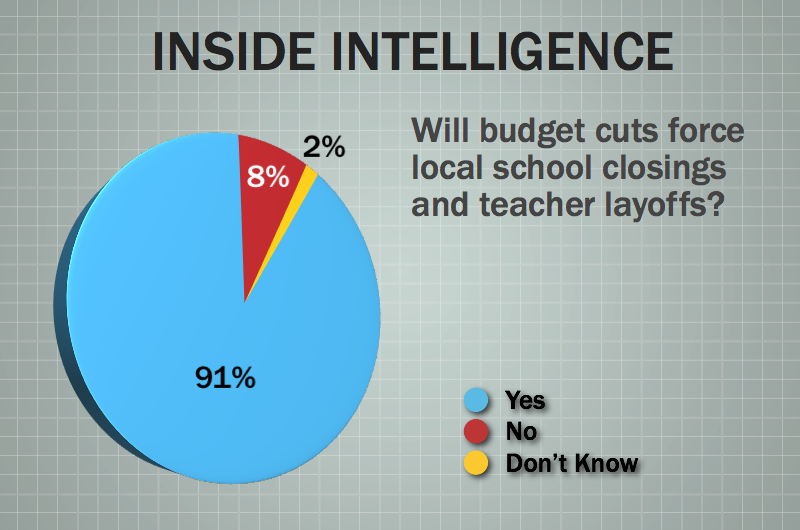 If the local school boards do any of that, will voters blame (or credit) them for it, or will they blame Austin? Two-thirds of the insiders — 65 percent — think the state officeholders will be held accountable. Another 20 percent say the consequences will be local, and 6 percent say it won't be an issue at all.

Finally, we asked which of three campaign promises is politically the most important one: 35 percent picked "fully fund education," 34 percent chose "cut the budget" and 24 percent chose "no new taxes." 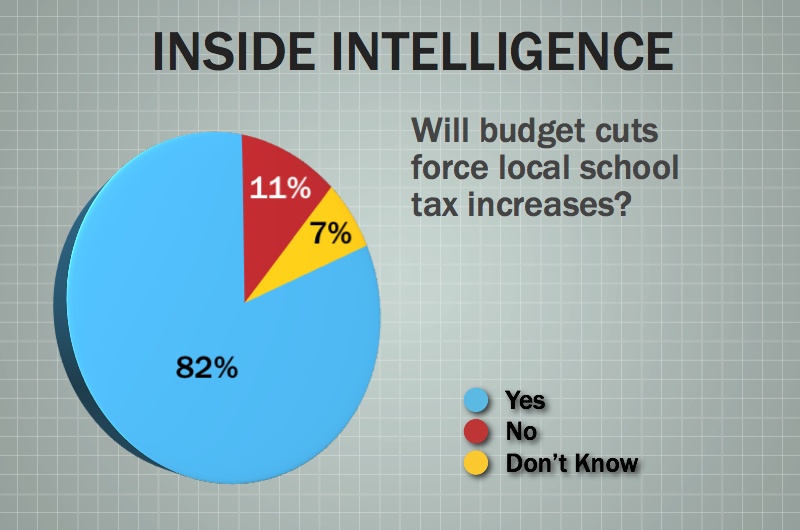 Instead of one comment question, we opened each of the questions above to comments and let the insiders talk. The full set of verbatim answers is attached, but here's a sampling:

Do you believe local school districts will close schools and lay off teachers as a result of state funding cuts?

• "District options will depend on the size of the budget cuts. Staff layoffs are guaranteed. School closures will generally be part of a long-term strategy, if applicable." 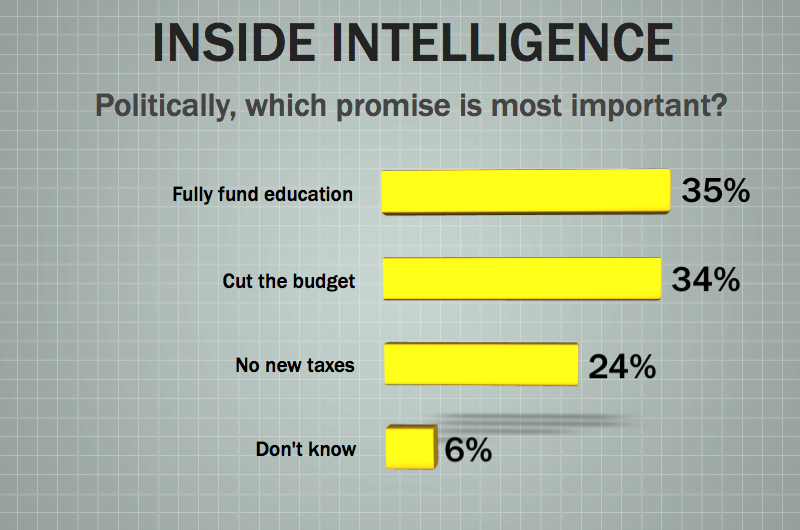 • "Consolidation of schools and maximizing infrastructure is long overdue."

• "I don't believe they will have a choice in the matter. Of course, they'll shut schools down and can teachers before they cut the Third Deputy Superintendent for Transportation."

• "If local taxes rise, you can bet they will blame Austin. We either need locally run (and locally accountable) schools or state run schools. Not the hybrid we now have. Parents and taxpayers need to have a clear-cut line back to who is responsible. School boards say it is Austin. Austin says it is poorly run schools. The time for finger pointing is over." 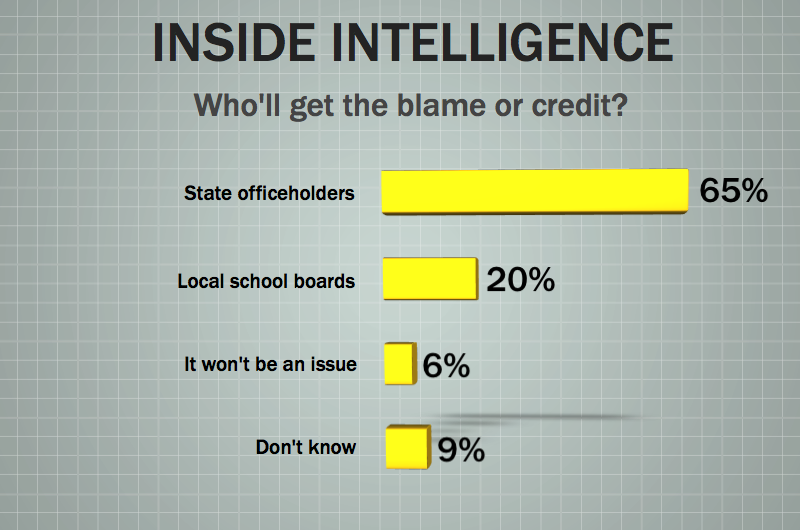 • "Some school districts will use any action at the state level as an excuse to raise taxes."

Who'll get the political blame or credit for any school layoffs and closings that occur?

• "It depends on who the political consultant is!"

• "Wouldn't you love to meet the delusional soul who clicks 'It won't be an election issue'?"

• "There will be enough blame to go around."

As a matter of politics, what's the more important promise?

• "Based on the election results from the last cycle and polls showing that the public supports Republican efforts at the national level to reduce spending, I think cutting the budget is the best political choice."

• "Unless you just landed on Earth, people recognize the economy calls for making really hard changes in spending."

• "These days polls show that folks want it all — tax cuts (less government) and social services. Well you can't have both, but GOP voters in the suburbs want good schools for their kids."

• "We've had this studied extensively. Threatening the next generation's future trumps the tax issue every time with voters. Voters want lower taxes but not at the expense of the future."