The scariest part of the school day for one student in the Austin Independent School District is before classes begin. For the female-to-male transgender 16-year-old, the “nerve-racking” minutes he spends trying to find his friends at school each morning is when bullies are most likely to strike.

“People don’t mess with groups of people,” he said. “But they see someone walking by themselves, and there’s no fear there.”

The student has been tripped, had gum thrown in his hair and been called names. But his mother — who asked that she and her son not be identified because he has been victimized — recognizes that it could be worse.

“We are not the tragic story of bullying,” she said.

In Texas, the most highly publicized of those stories is Asher Brown’s. Asher, an eighth grader at a Cypress-Fairbanks middle school, shot himself last fall after what his parents said was two years of harassment for his small size, religion and perceived sexuality.

Asher’s death has given momentum to anti-bullying bills filed in the Legislature this session — there are currently more than 15. But the prospect of legislation, supported by teacher organizations and advocacy groups like the Anti-Defamation League, has drawn opponents as diverse as the American Civil Liberties Union and the Liberty Institute, a conservative legal organization. They question how successful any new law will be in curbing aggression in schools and say that policing such conduct is best accomplished locally.

One challenge is how to define punishable behavior. State Rep. Todd Smith, R-Bedford, said he was skeptical of any bill’s ability to provide “a clear, bright line definition of bullying.”

“It’s like passing a law that says you shall be nice, and then trying to define nice and requiring school districts to report when they deem someone not to have been nice,” said Smith, who sits on the House Public Education Committee.

A bill by state Rep. Mark Strama, D-Austin, expands the definition of bullying and includes a section on cyberbullying. It would allow school officials to move bullies to separate classrooms — existing law permits that only for victims — and would require districts to report incidents of bullying to the state.

In an earlier version, the bill had a politically sensitive reference to bullying based on sexual identity or orientation. Although Strama has since removed that language, leaving it up to the Texas Education Agency to determine how bullying should be reported, it was still enough to put Jonathan Saenz, director of legislative affairs at the Liberty Institute, on alert to what he termed the “gay issue” during his testimony Tuesday at the bill’s committee hearing. The bill, Saenz said, was “not about bullying” but about creating “new classes of people and giving special protections to some categories and not others.”

Strama said that the bill did not offer special protections for any group, and that he had removed the language defining the categories to keep “that culture war issue” from getting in the way of the legislation.

The ACLU of Texas opposes Strama’s bill because of what Frank Knaack, a policy and advocacy strategist, said was the extreme latitude it gives to punish students. “The definition includes ‘interferes with students’ educational opportunities,’” Knaack said. “Throwing a paper airplane could be interfering with a student’s educational opportunities.”

Existing state law requires schools to have codes to prohibit bullying, but in some instances, parents have struggled to have them enforced. A 2007 study from the Gay, Lesbian and Straight Education Network found that just 32 percent of Texas students who identified as lesbian, gay, bisexual or transgender said that reporting incidents of bullying resulted in effective intervention from public school staff members.

Knaack said the lack of enforcement was a “systemic problem across Texas.” It does not make sense to give schools “additional authority when the law is already there and it’s not being enforced,” he said.

The Texas Civil Rights Project has brought about a dozen lawsuits against districts that it says have failed to protect students from harassment, said Jim Harrington, the group’s director. Schools are often too overwhelmed to deal with bullying internally, Harrington said, and are reluctant to turn students over for criminal prosecution.

Therefore, in order for any anti-bullying effort to be effective, he said, it has to move beyond punitive measures and address the behavior as a social issue. Through training programs, he said, bullies must be taught why what they are doing is wrong and victims must be educated on how to deal with it. 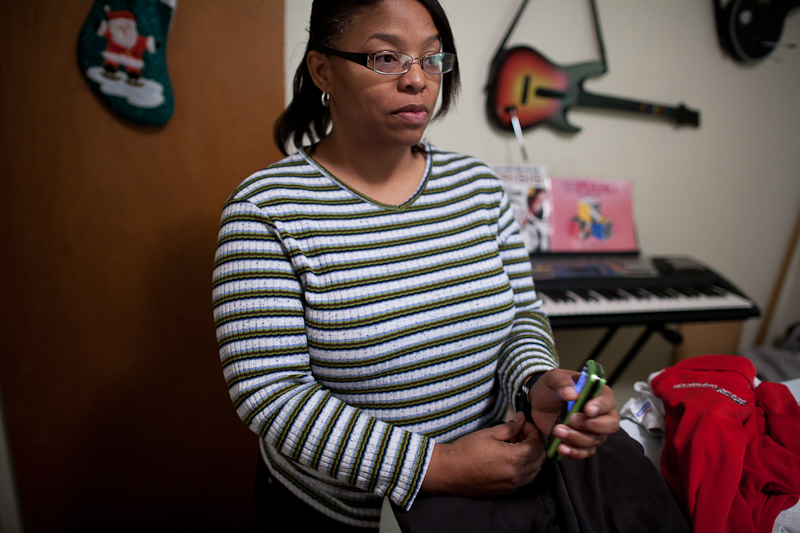 Harrington represented Kime Mitchell in her suit against the Georgetown Independent School District in 2009. Mitchell said that since her son Ryan, now 16, was in the fourth grade he had been spit on and tripped and had been the victim of a sexual assault and numerous physical assaults, including having his head slammed into a metal window frame and being beaten unconscious. She also said fellow students, who called him gay, called their house threatening to castrate him.

Mitchell said she decided to sue when her son became suicidal at the end of his eighth-grade year and the school did not take action. “It’s not the course I wanted to take, but I did it because I had no other choice,” she said. “I refused to bury my son.” The district said that it could not comment on the litigation but that it takes bullying and harassment seriously. It reached a confidential settlement with the Mitchells last year.

Mitchell said the years of bullying still haunt her son.

“He was sweet and loving and caring,” she said. “And I saw that die in him. I still haven’t gotten that kid back. He’s been changed for life.”