Lawmakers want to expand managed care to hospitals — which are currently exempt — in order to save the state money, a priority when they're facing a massive budget shortfall. But the move would have the unintended effect of forcing hospitals to forgo an important source of federal funding, so-called "Upper Payment Limit" dollars they don't qualify for if they're in managed care.

Now, HHSC officials say they've negotiated with the federal Centers for Medicare & Medicaid Services (CMS) and come to a possible agreement: a federal waiver that would allow hospitals to get the money despite their participation in managed care — at least until the state transitions into the pay-for-performance system outlined in Lt. Gov. David Dewhurst's proposed legislation.

The plan is "not dramatically different" than how the UPL dollars are currently distributed, said HHSC Spokeswoman Stephanie Goodman. "We’ve been discussing with CMS how we can do this," she said. "They came back and suggested a performance waiver, which meets both of our goals, to get savings from managed care, and preserve UPL."

The hospitals are reviewing this proposal — with skepticism. Though CMS appears to have pitched this proposal, the waiver would still have to go through the approval process, they say, and isn't a shoo-in. But Goodman said HHSC is optimistic.

"Because they understand the financial pressures all states are under, we think probably they'd be able to fast-track it," she said. 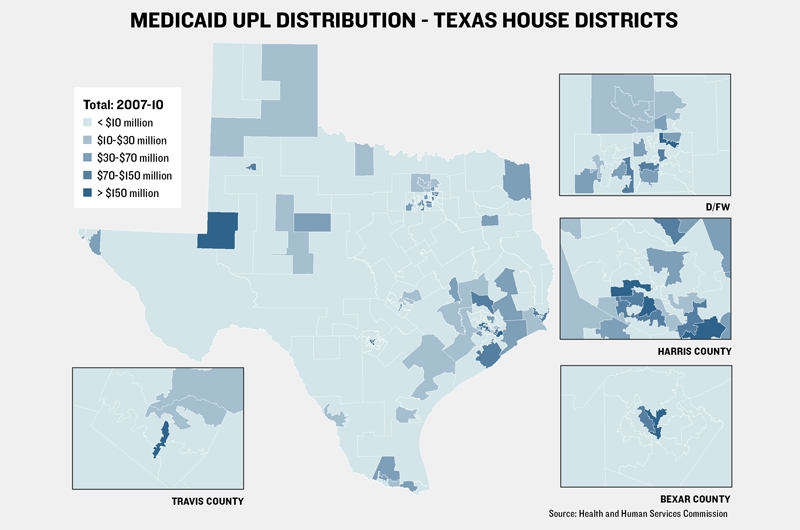 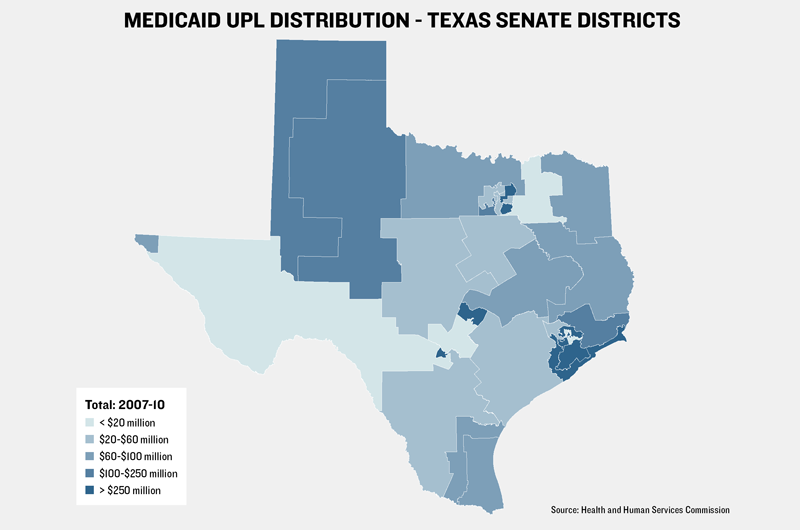