With lawmakers promising not to raise taxes but increasingly uncomfortable with the amount of budget-cutting that might be required, gambling promoters who want to legalize slot machines and casinos in Texas are circling.

A majority of voters in our latest University of Texas/Texas Tribune poll say casinos are okay with them and are also one of only a couple of new revenue sources they'd consider acceptable. So we queried our insiders to see whether they think this legislative session — unlike the 2003 wrestle with the budget and the 2004-05 efforts to rewrite school finance formulas — will be the charm.

They don't think so. 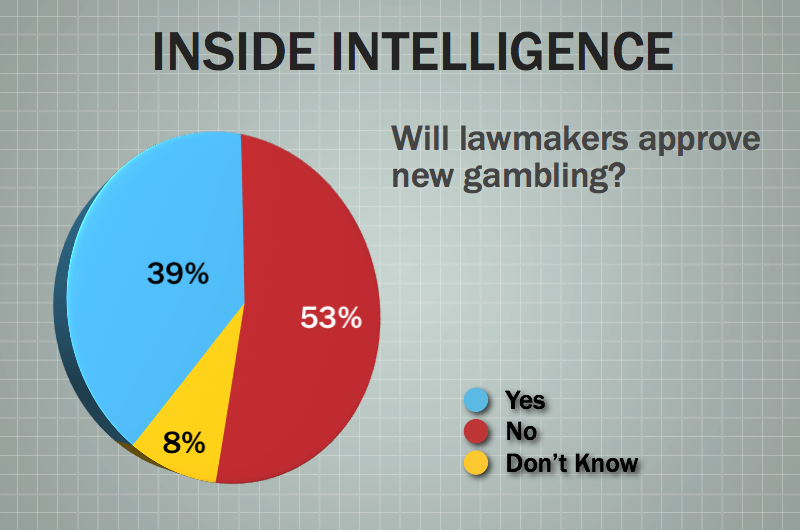 Only 39 percent of our insiders think lawmakers will approve new gambling this session, while 53 percent think the issue will once again fall short. If it is approved, 60 percent don't like the idea of dedicating the money to anything in particular; another 26 percent think it should go to public education. 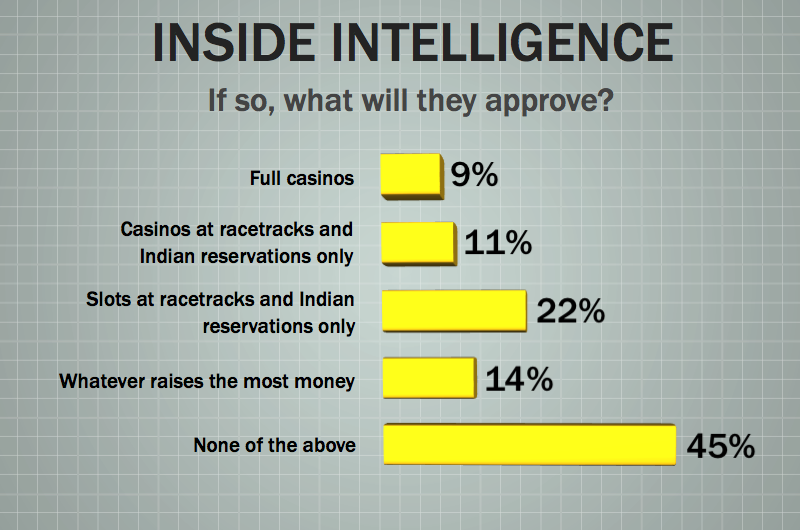 This week's open-ended prompt was: "Is it a good idea to allow more gambling in Texas and would it be a reliable source of funds for the state budget?" The full set of answers is attached, but here's a sampling:

• "No. The amount of trash that comes along with gambling needs to stay in Las Vegas."

• "No, fixing a deficit with gambling funds is like feeding a child whip cream for dinner." 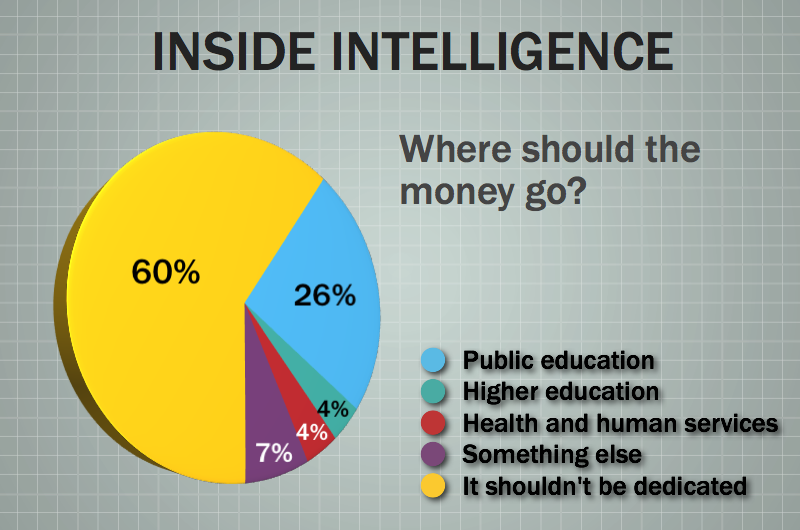 • "Probably not. There are numerous studies that point to gambling being akin to a regressive tax. Additionally, we know that we will be exacerbating certain social problems like gambling addiction."

• "To a certain extent, the expenditure of Texas dollars on gaming is a present reality. It is a question of whether some of those dollars can be spent within Texas. For those states most dependent on gaming-related revenues, I think it is also a present reality that the revenue stream can be unreliable."

• "It certainly wouldn't hurt. Texans gamble now. Texans will always gamble. Getting more state revenue from it couldn't be bad. On the other hand, Nevada's current 48% budget shortfall isn't exactly a ringing endorsement for such a thing getting Texas out of the budget mess the Republicans have put us in."

• "Better than losing it to Oklahoma, like our football players."

• "Yes - it keeps money here that would be spent elsewhere, helps increase tourism and can help revitalize certain parts of the state, and, to quote Animal House - we need the dues."

• "It won't raise the money legislators wish it would. Personally, I don't really care if Texas allows more gambling, but doing it under the banner of 'new revenue' is ridiculous. If you want to pander to the casino industry and create new addictions, just do it--but don't try to tell Texans you are doing it for their own good."

• "The unemployment rates in New Jersey, Nevada, and Michigan, each of which has commercial casino gambling, are respectively 14.1 percent in Michigan (the highest rate in the nation), 13.4 percent in Nevada (the second highest rate in the nation), and 9.8 percent in New Jersey (as of last year) ... Nevada, which relies on gambling for more than half of its state revenue, has cut public health programs, K-12 and early education programs, higher education spending, and state employees to meet its budget shortfall. ... Similarly, states bordering Texas that have legalized casino gambling are also making cuts: Louisiana and Oklahoma have cut public health programs, higher education, and state employees; while New Mexico has cut elderly and disabled assistance programs, as well as higher education spending, and reduced its state workforce. ... This is not to say that Texas will not have to reduce spending and cut programs, but merely to note that casino gambling does not immunize the state from having to cut programs and services."

• "No to the first and definitely no to the second. I'm a New Jersey native and can tell you that allowing casinos in Atlantic City has never come close to delivering on the claims made by proponents ... The only real benefit I'd expect to come from bringing casinos to Texas is an improvement in pizza quality."