Gov. Rick Perry delivered his sixth State of the State address this week, asking lawmakers to close some small agencies, merge some others and consider basing state funding for colleges and universities on the basis of how many degrees they reward. He also challenged those schools to find a way to offer a bachelor's degree, with books included, for $10,000 or less. Our insiders were skeptical about the last two ideas, with 64 percent saying counting degrees is a bad way to measure success and 62 percent doubting that higher education institutions can produce a $10,000 baccalaureate. They're more optimistic when asked whether lawmakers are actually willing to close or combine agencies; 87 percent say, "Yes." 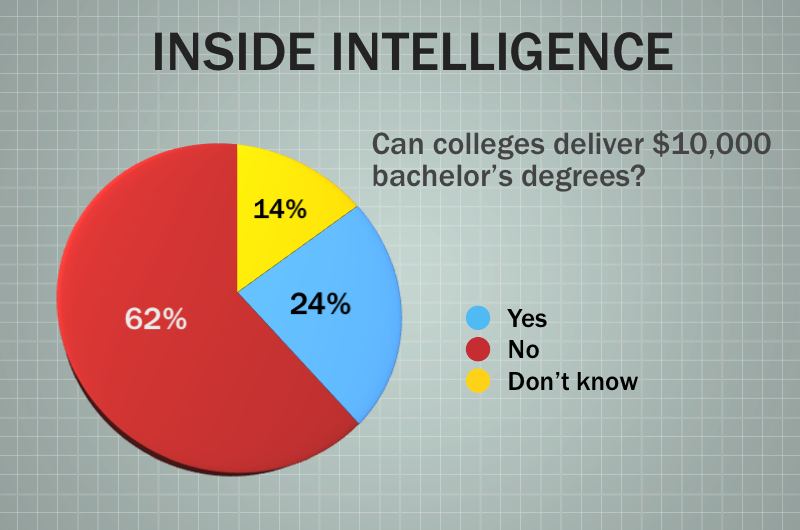 This week's open-ended prompt was: "If lawmakers decide to save money by consolidating or closing agencies, which state agencies should they target?" The full set of answers is attached, but here are some samples:

• "Supreme Court and Court of Criminal Appeals. Some of the appellate districts. The various health agencies."

• "They simply won't. The agencies all have big constituencies (and lobbyists who represent those constituencies) and they won't target any."

• "It doesn't matter. There is not enough money to be saved in consolidation to make any difference in the budget crisis." 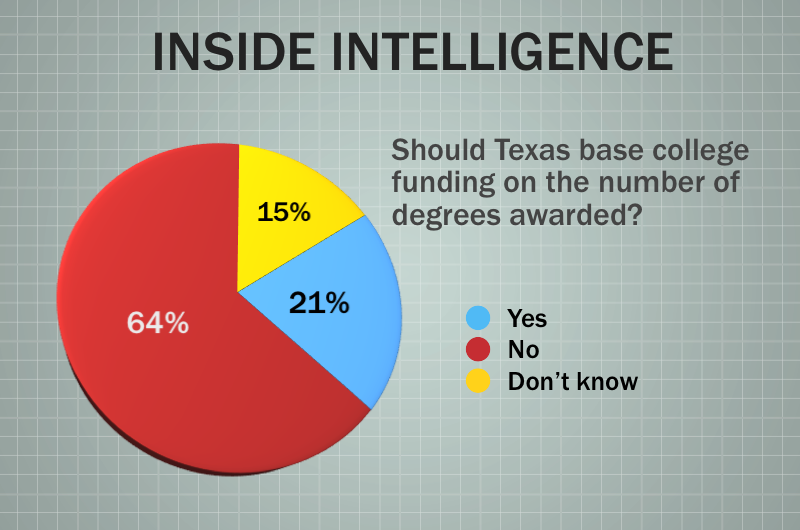 • "TCEQ and the Railroad Commission"

• "Perhaps the State Board of Education could be closed." 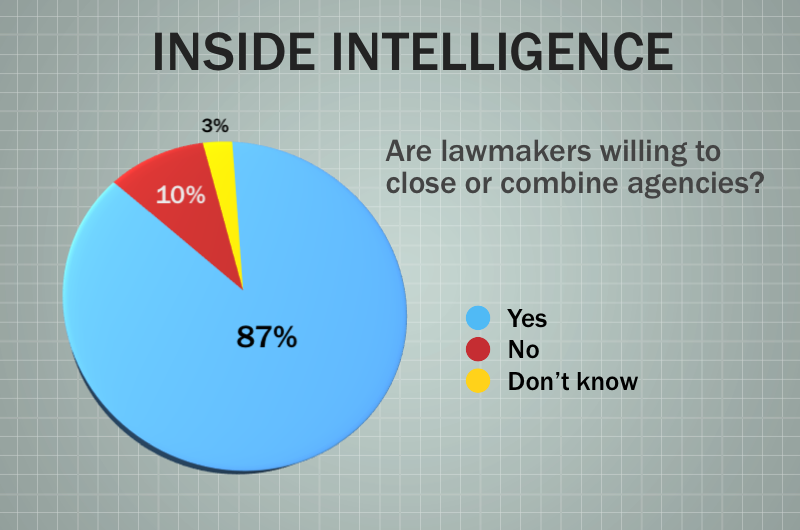 • "Cost savings from such actions are likely to be all show and no dough. Such an effort is really just a distraction from the real issues and hard budget choices that need to be made."

• "All health care licensing should be placed under the medical board. Quacks do not police the activities of fellow Quacks well."

• "None. Rearranging chairs on the deck. This is not the issue."

• "This discussion speaks to the failure of the sunset process which was designed to do this in a logical and orderly fashion. It doesn't work and needs to be reformed."