This week, we asked our insiders about the sonogram bill — another of the items on Gov. Rick Perry's list of "emergencies" open to immediate action from the Legislature — and about related social issues. Most don't think a Republican candidate can win a statewide primary without the pro-life forces behind them.

The bill in question would require doctors, within an hour before performing an abortion, to do a sonogram and play the audio so the mother can hear the heartbeat and to put up video where she could see the fetus. Overwhelmingly, our insiders think that's more a political issue (81 percent) than something that addresses a real problem (7 percent), while the rest think it's a combination of those things. Will it pass? The insiders have little doubt, with 80 percent predicting passage. 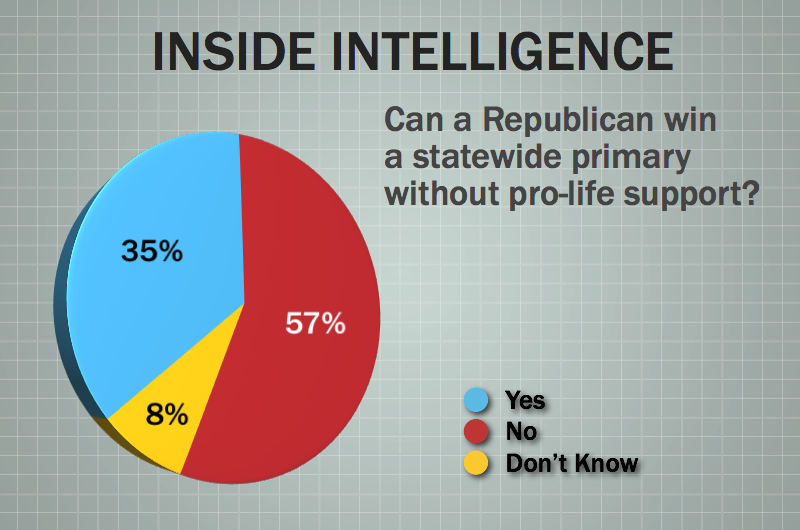 Our open-ended question was, "Given the makeup of the Texas Legislature, what social legislation will pass this session that was blocked before, and how will that play into the next elections?" The full set of responses is attached; here's a sampling:

• "Hopefully these knuckleheads will take care of issues of critical importance first (budget, redistricting, business friendly policy) before tackling any social monsters from the Cathie Adams School of Nonsense."

• "Most any social legislation which was previously proposed but did not pass is likely to pass this Session. How that will play in 2012 is hard to say." 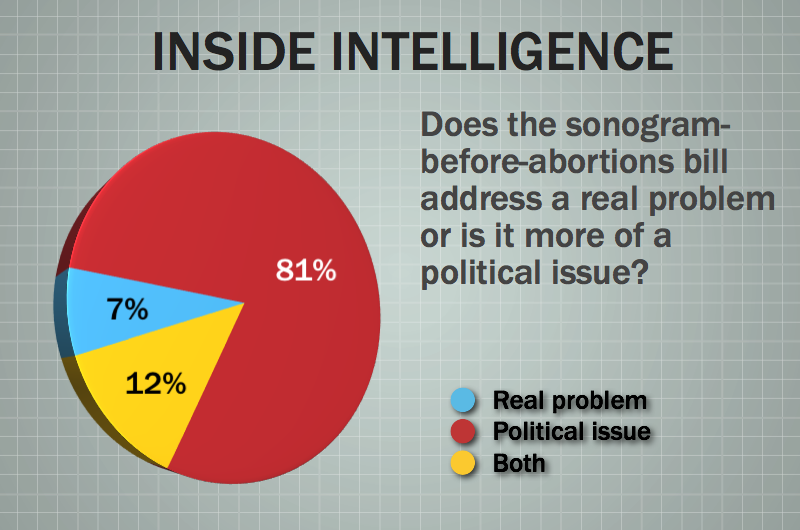 • "What social legislation won't pass is more like it. Republicans could make being a Democrat a first-degree felony, and it would probably sail through both chambers and get rubber stamped by the Governor without any political ramifications in the next election."

• "Don't know, but whatever does or does not pass will not be a major issue in the next elections. Taxes and government services will be the dominant theme."

• "Whatever the Senate doesn't block."

• "Given the makeup of this legislature, I'm not sure I understand why they're not outlawing abortions altogether. A direct challenge to SCOTUS would be right up their alley." 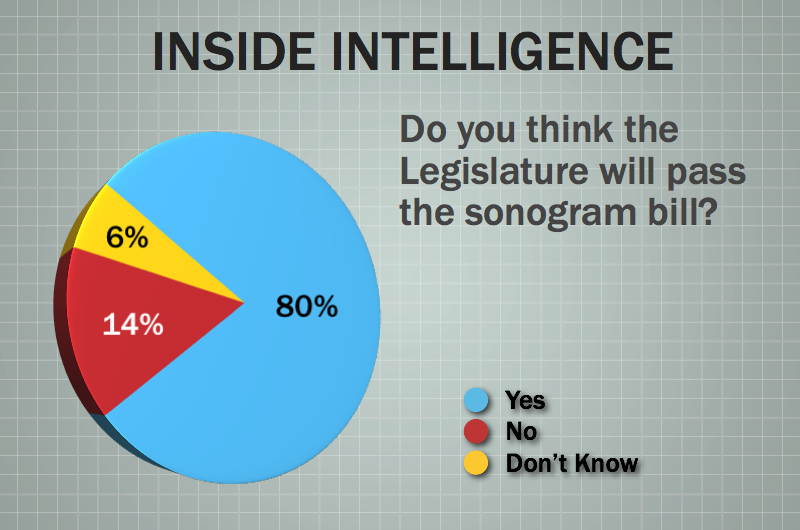 • "Vote ID. Passing it will actually help protect the moderates in the primaries"

• "Until we see a few votes it is hard to tell how the huge freshman class shakes out, but with a 101 R's in the House they can probably pass everything that 12 D's in the Senate don't block."

• "Voter ID and Immigration will both pass and create a generation of motivated Latinos who will vote Democratic."

• "Hopefully, dealing with the budget and redistricting will keep them too busy to interfere with our personal lives."

• "Nothing will pass. A lot will be debated in committees."