Republican Texas Gov. Rick Perry is set to be sworn in for an unprecedented third term, and a good-sized crowd has turned out for the festivities (and free barbecue). Stay with us for updates from the speech and swearing-in at the Capitol. Scroll down for updates. 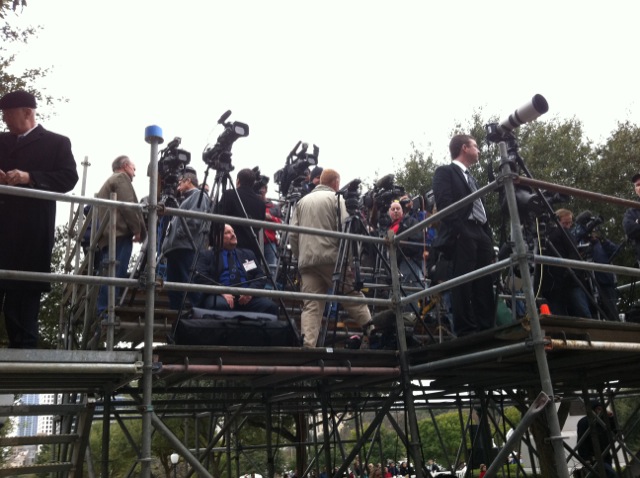 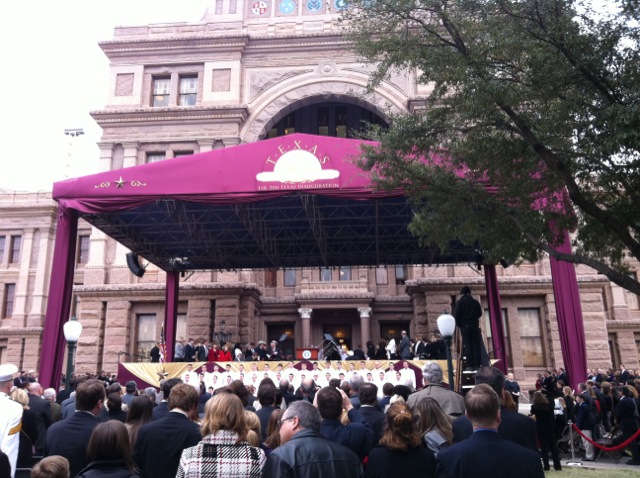 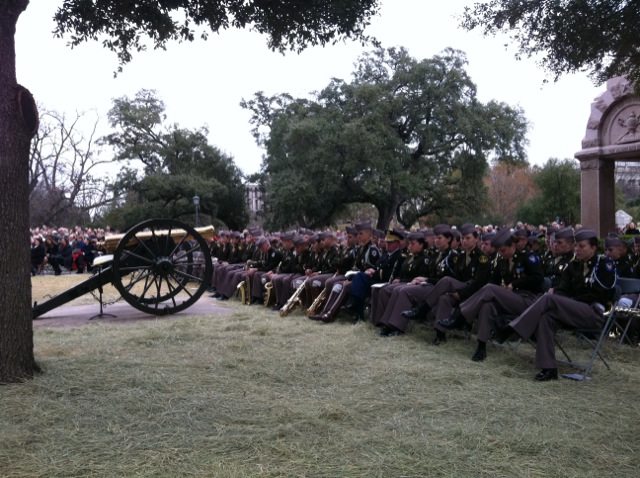